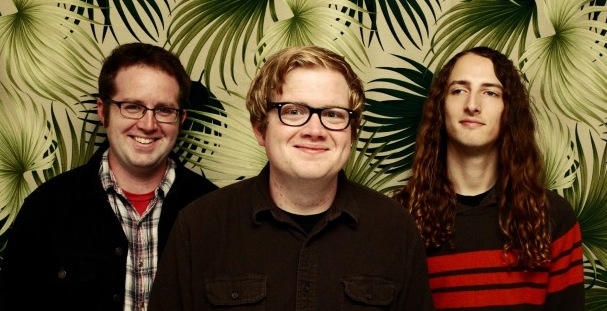 2014 was a busy year for East Lansing, Mich., trio Cheap Girls. After releasing its fourth full-length, Famous Graves, on U.K. label Xtra Mile Recordings — and self-releasing the vinyl in the U.S. — the band spun out on non-stop support touring. A dogged stretch took them all over the states with The Hold Steady, Against Me!, The Hold Steady again and to Europe with Joyce Manor.

This year, drummer Ben Graham seems happy to have slowed things down a little. The band — comprising Graham, his younger brother and frontman Ian and guitarist Adam Aymor — has ratcheted down its trips since Graham’s entrance into fatherhood last year, but he says that helps keep them refreshed.

“It’s kinda refreshing, I guess, because we haven’t been on tour all year long, every show is like ‘Oh yeah, that’s how it is, cool,’” Graham says.

Cheap Girls breaks off on its own after touring again with Joyce Manor, and plays a headlining show at Slowdown Sunday with Gordon and the Lupines (RSVP here). We caught up with drummer Graham about the perks of their new label Xtra Mile and balancing touring and family life.

Ben Graham: Nothing’s changed, really. It was our fourth album and we’ve been on a handful of different labels. Everything’s cool. They lets us do alot of stuff we want to. In the U.S., we put out the vinyl ourselves. We kinda started our own label. But since they’re based in the U.K. they hand there and the rest of the world. So in the U.S., they gave us permission to press all of our own vinyl, which is one of the biggest perks about them.

HN: You guys are headed to Lincoln this weekend?

BG: Sunday, yeah, we’ll be at the Slowdown.

HN: And that’s a headlining show yeah, you’re in the middle of a couple of different tours?

BG: Yeah, we’re out with Joyce Manor. We’re direct support for them, and then we’re doing a few shows on the way home.

HN: We just had them a couple of weeks ago. What has touring been like with them?

BG: Great! This is actually the third time we’ve toured with them, and the first in the U.S. So we’ve been buds for quite awhile, but we’ve done Europe and Australia with them. It’s actually going really well for both bands. The shows are really good. We seem to be doing pretty well with their audience.

BG: Yeah, and that was part of last year too. Last year, I had my daughter in February, and then in March we did a tour with Against Me!, which went right into a tour with The Hold Steady. So it was like five or six weeks long and I only went out for part of it. A friend of ours came out with us. He’s actually from Houseguest. He ran sound for a bit of it and played drums for two or three weeks. So it’s actually worked out, but it was a lot of touring and a lot of bouncing back and forth. This year, whenever we go out, it’s almost like “Oh yeah, this is how it is!” We’ll be home for a couple months and then we’ll go out for a few weeks. It’s kinda refreshing, I guess, because we haven’t been on tour all year long, every show is like “Oh yeah, that’s how it is, cool.” All of the shows have been more fun just because of that, at least for me.

HN: You’ve been playing with your brother since very early. What’s one of the biggest things that’s changed between the two of you since playing? How has your musical interaction evolved?

BG: I don’t really know. We’ve grown together. I’m two years older, but we started playing music around the same time. When I was nine [we both] got a guitar and did lessons together, like a group lesson. We’ve always been pretty parallel. We’ve done everything at the same time. Side by side, we’ve always worked together on stuff. I don’t have a really good answer for that, but it’s always been pretty seamless. We’ve never really had any conflicts with working together. It’s always been pretty chill. I’m almost surprised we haven’t had [conflicts]. Most people are like “So, Oasis?” We go on tour with other bands and we’ll watch these people that live together or friends or whatever that’ll fight. We know when to shut up I guess.

HN: Anything else, Ben?

BG: We’re just excited. Omaha might be one of the only cities since our last record came out that we haven’t played. The last time we were there was with Against Me! last year in March, and we were just getting around to our recent album, but since it’s been out we’ve been all over the country and Europe, but not back to Nebraska for some reason. It’s a nice way to round out the year with the last show of our tour.

One thing that’s nearly always missing from a house show is natural reverb, like the kind you hear in Sofar Sounds’ latest crop of live videos. They are often simply too crammed full of bodies and furniture.

For Sofar Omaha’s sixth concert, Mulhall’s Nursery provided a spacious, yet still intimate setting for a diverse local billing. CJ Mills’s soulful “Retail Star,” the slow burn of The Sunks’ “Ghost House” and a stripped down “Monaco” from The Seen all shimmered throughout the old greenhouse. Cheers to Sofar on the spatial creativity.

Here are the latest live performances from Sofar Omaha:

“Monaco” by The Seen

“Ghost House” by The Sunks 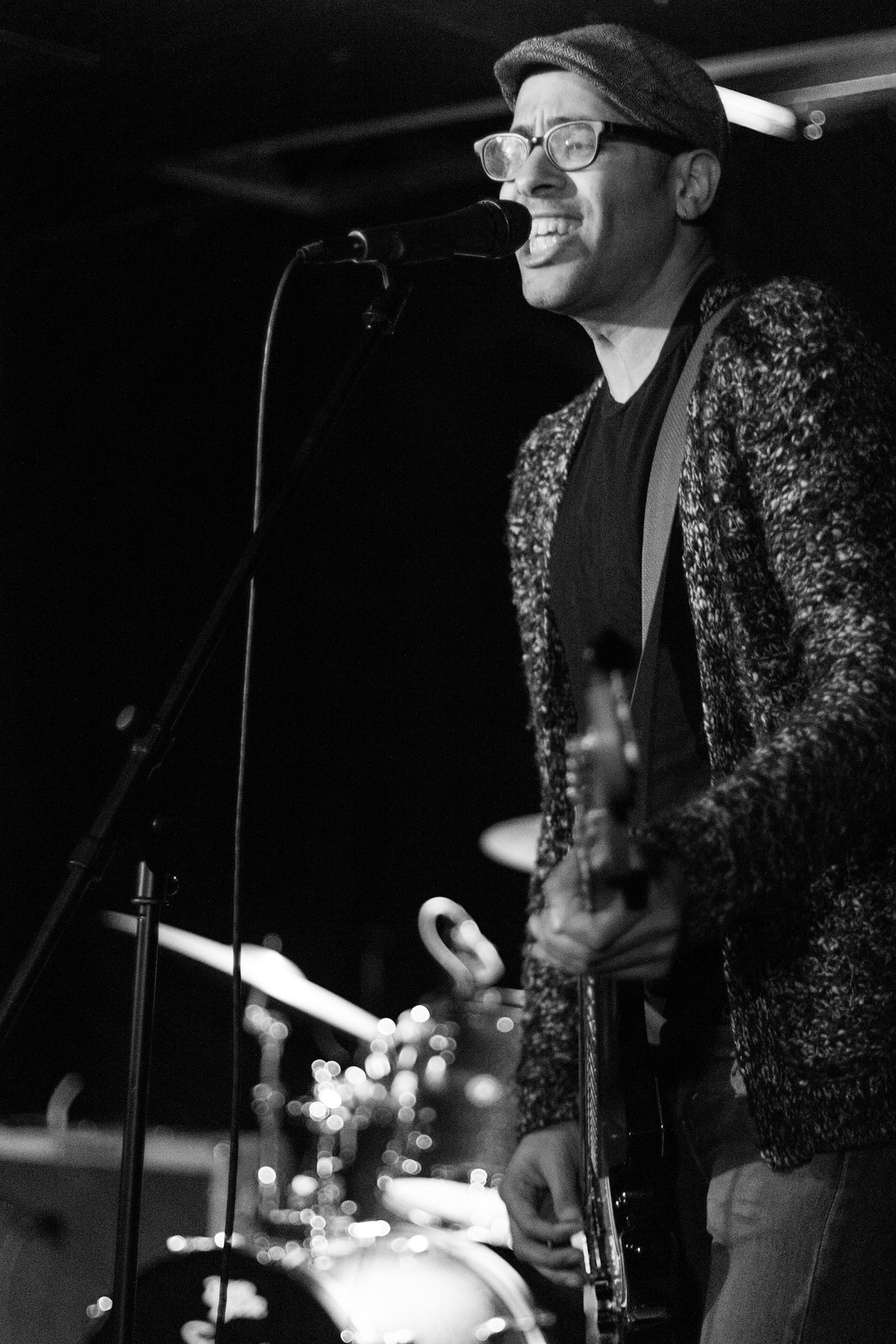 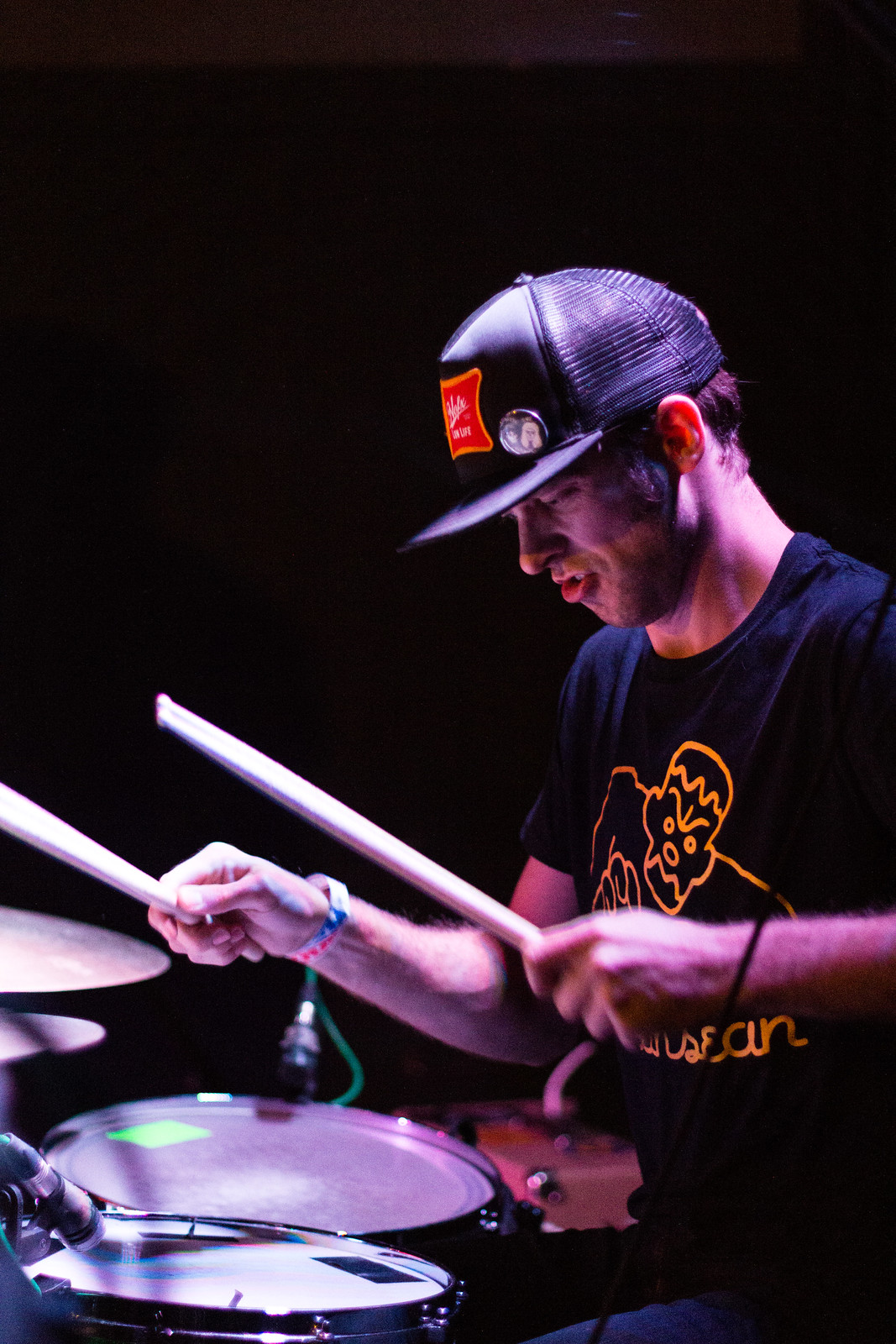 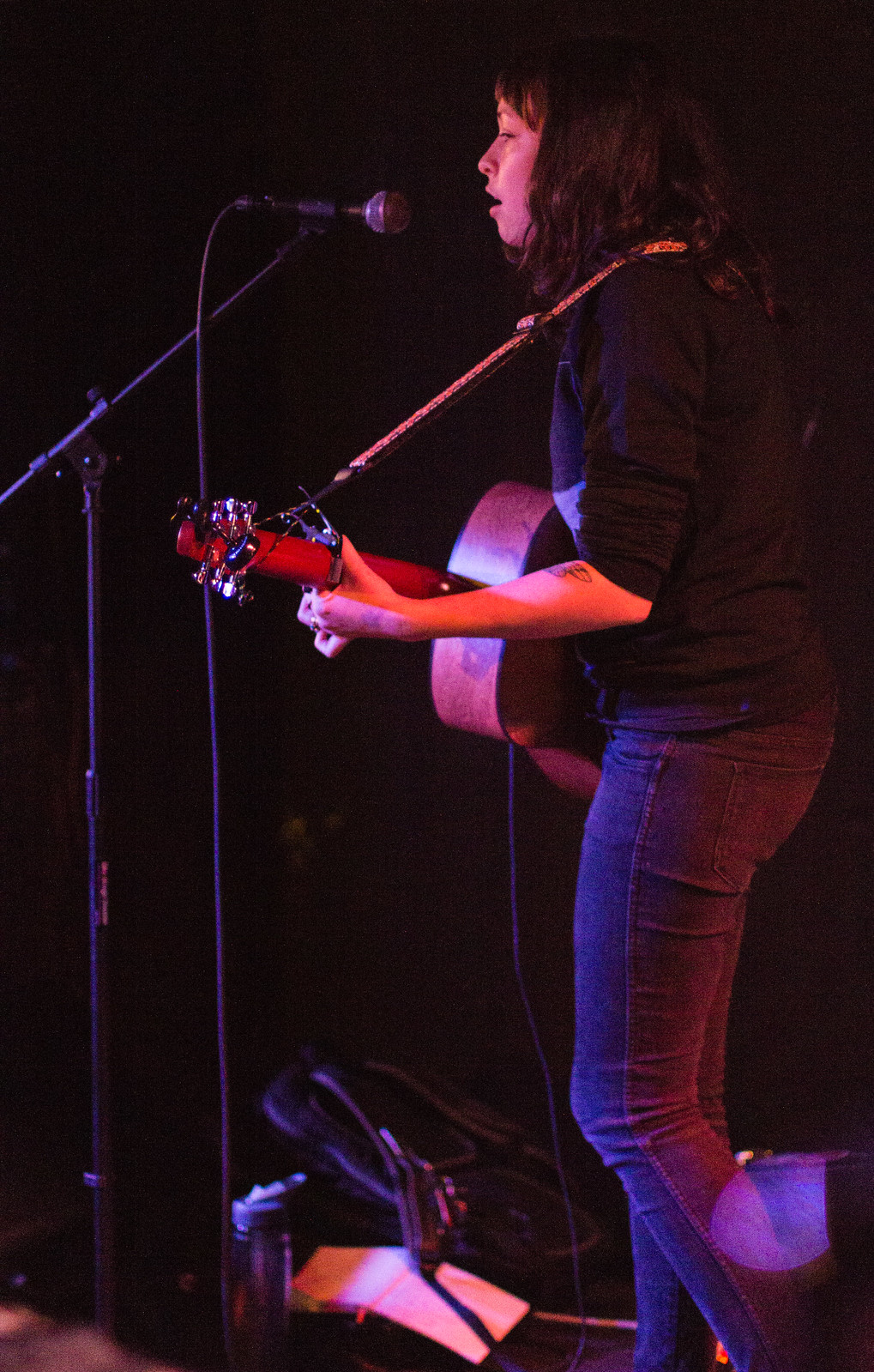 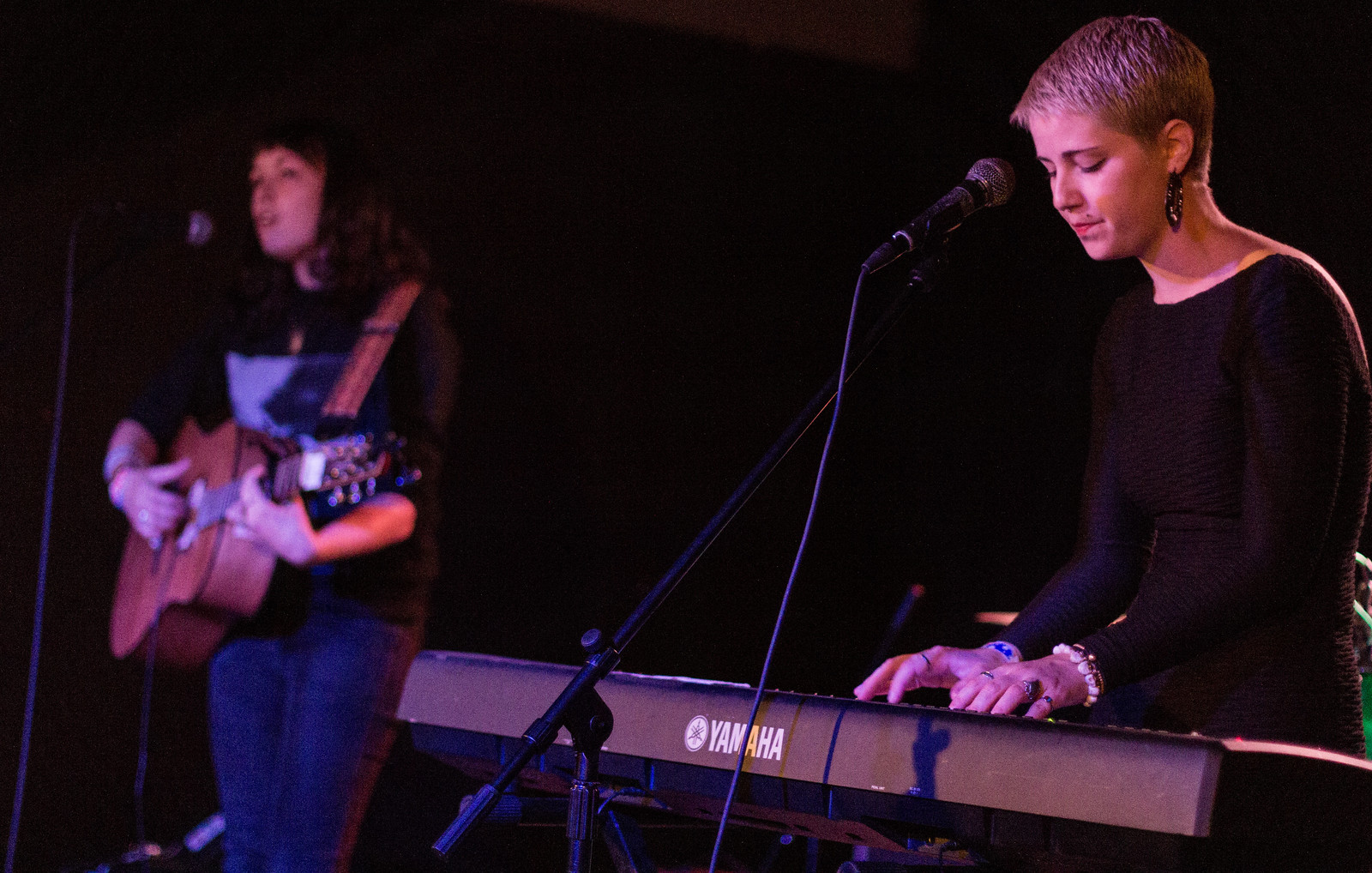 Lincoln Calling heats up tonight and Saturday, and of interest is the reunion of Head of Femur. The formerly Chicago-based trio of Nebraskans — Ben Armstrong, Mike Elsener and Matt Focht — play a pair of shows, tonight at The Bourbon and Sunday at O’Leaver’s. We talked to the three of them about focusing their busy orchestral pop sound and piecing together the puzzle of an eight-piece band. Read that interview here.

To celebrate, Make Believe’s Keith Rodger is hiding copies of the mixtape in three locations — Benson, Dundee and Downtown. Check our social media later today (@hearnebraska) to participate in the hunt. Look for our preview of the show as well, but get a taste of what you’ll hear tonight below. Tickets are $10, RSVP here.

There’s plenty else in the weekend shows. Catch Ghost Foot, Montee Men and Piece of Shit at O’Leaver’s tonight for $5 (RSVP here), or head to the same bar tomorrow for Plack Blague, Ruby Block, Hag and Grabass (RSVP here).