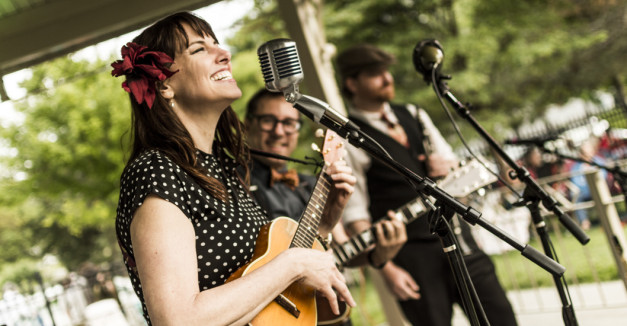 Let’s get started with some photo coverage of Thursday’s shows. First, the afternoon and evening weather held enough to go through with KZUM’s Stransky Park concert series.

Our Peter Barnes was on hand to catch the prohibition-era folk band Victor & Penny. The Kansas City-based crew will return this summer for a performance slot at the Nebraska Folk & Roots Festival. Check out more from the Stransky Park series Thursdays all through the summer. Lloyd McCarter plays next Thursday. 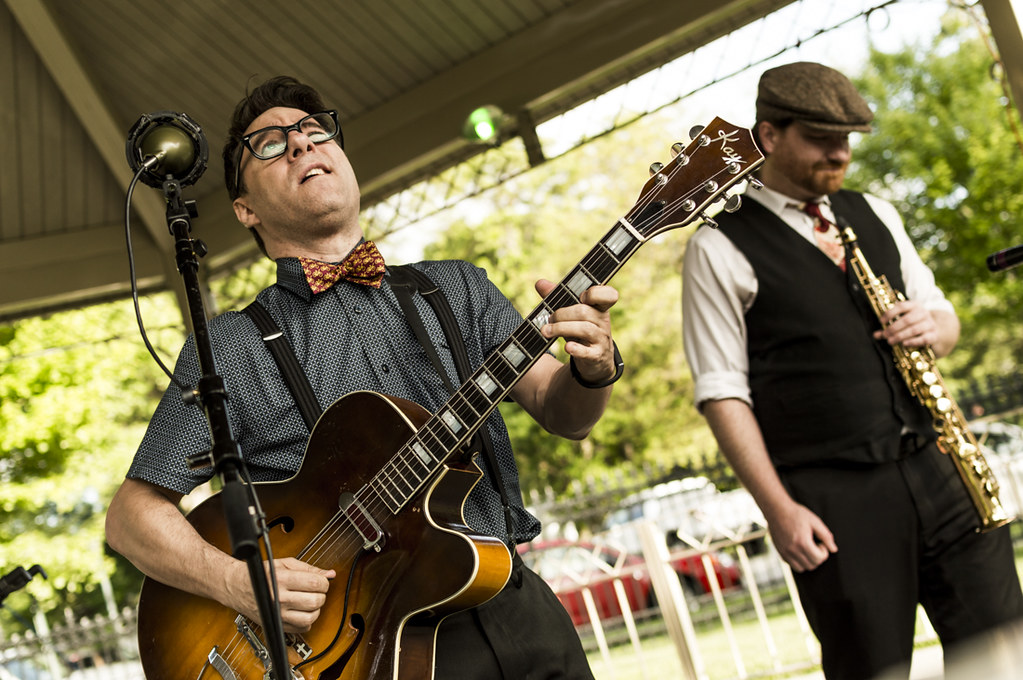 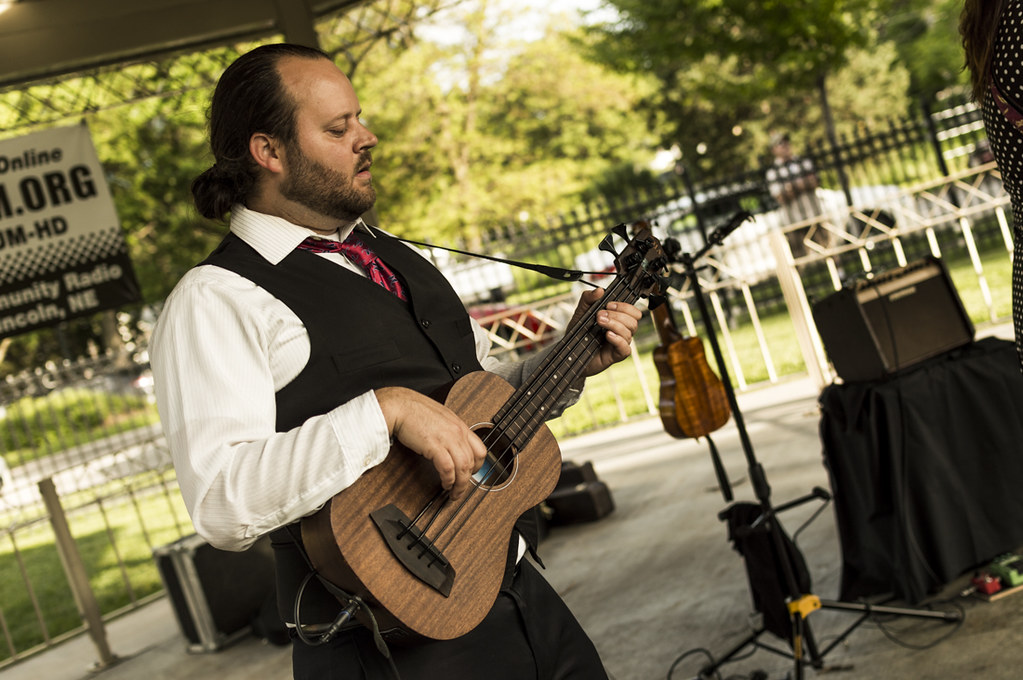 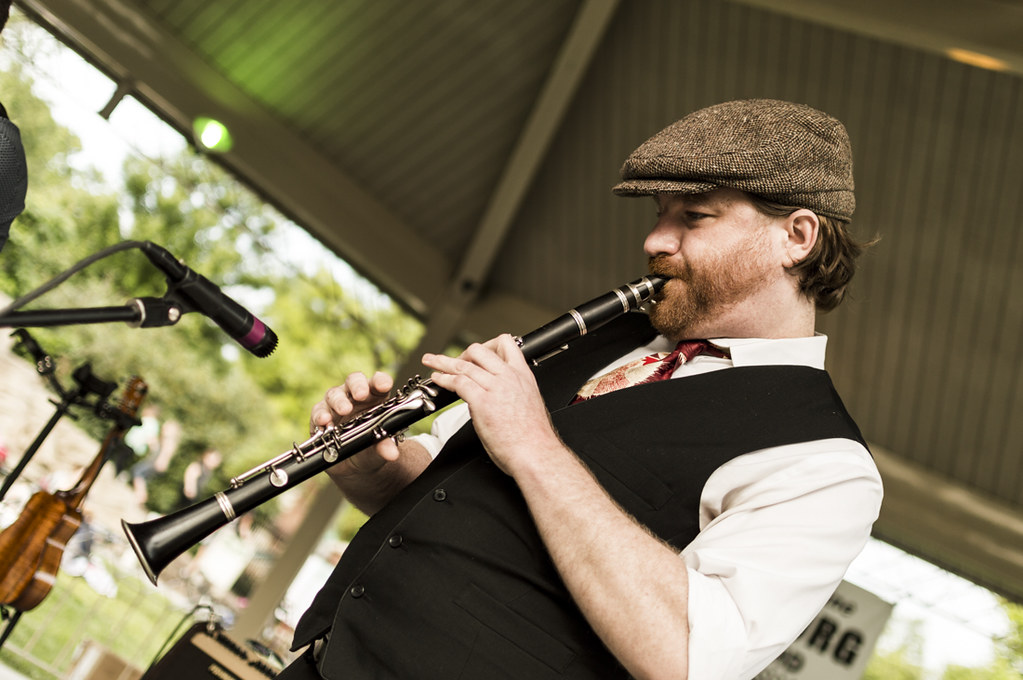 A few hours later, James Dean was at Vega for the arrival of the psychedelic English buzz band Temples, playing with LA’s Fever the Ghost and Lincoln’s Oketo. See photos here: 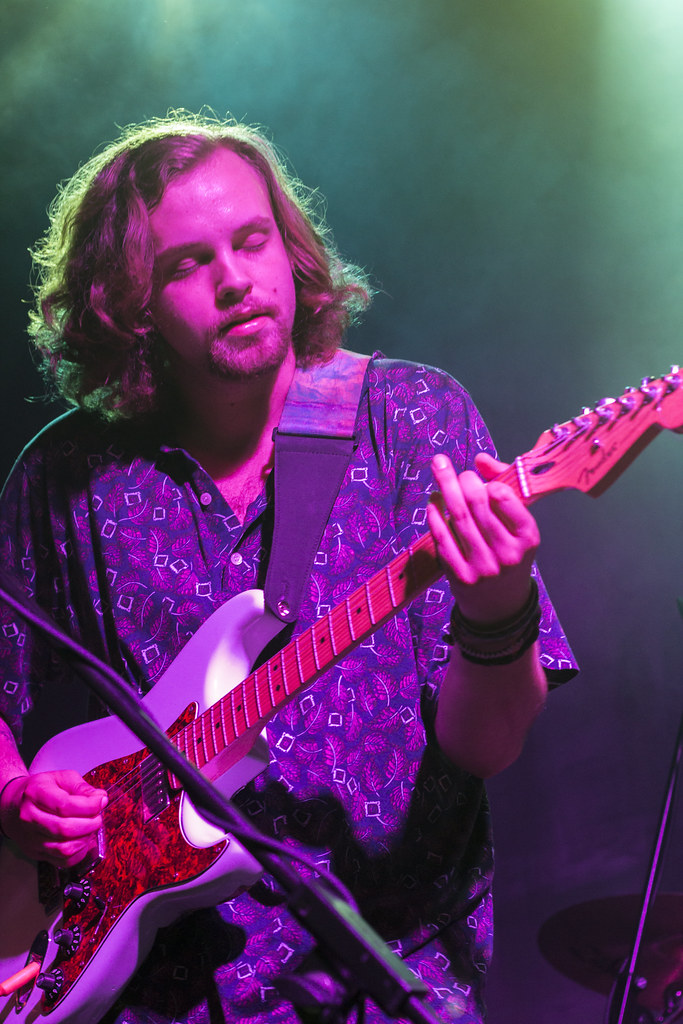 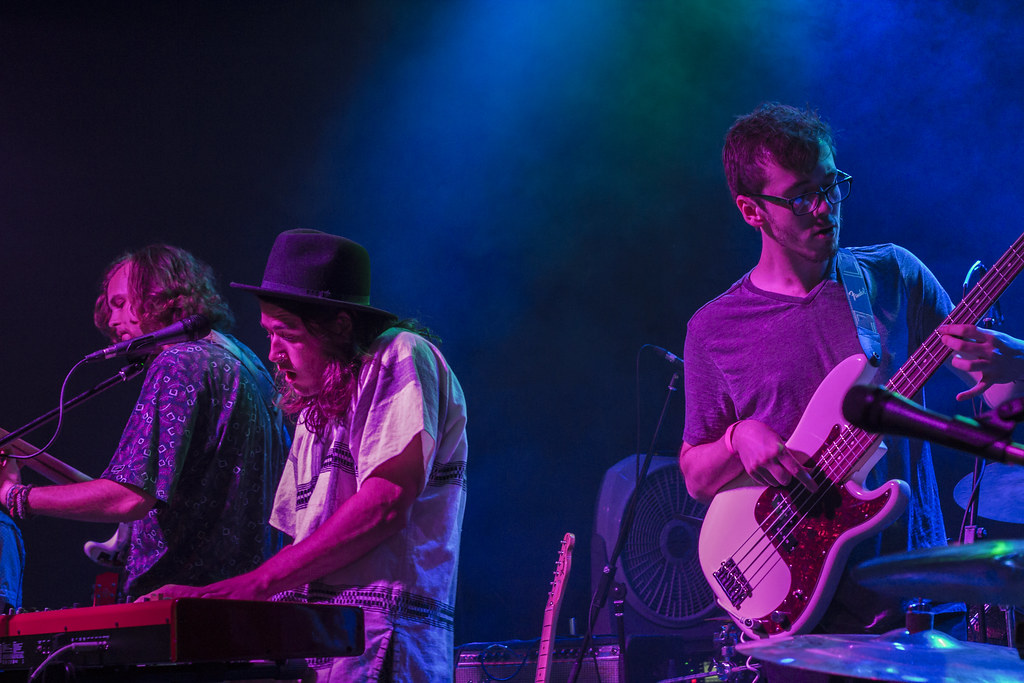 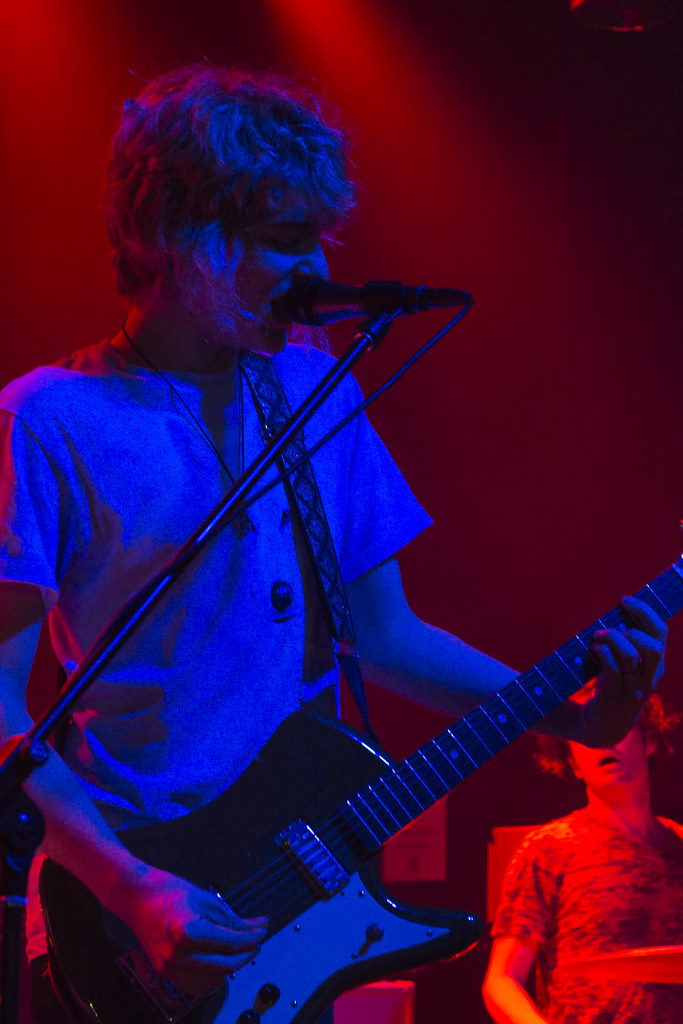 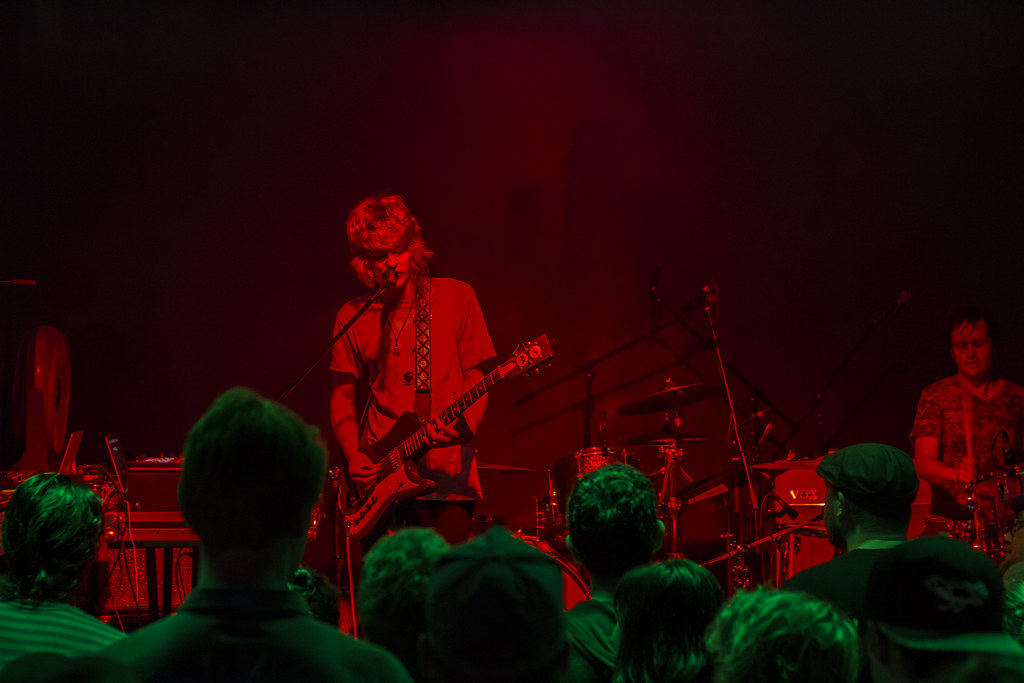 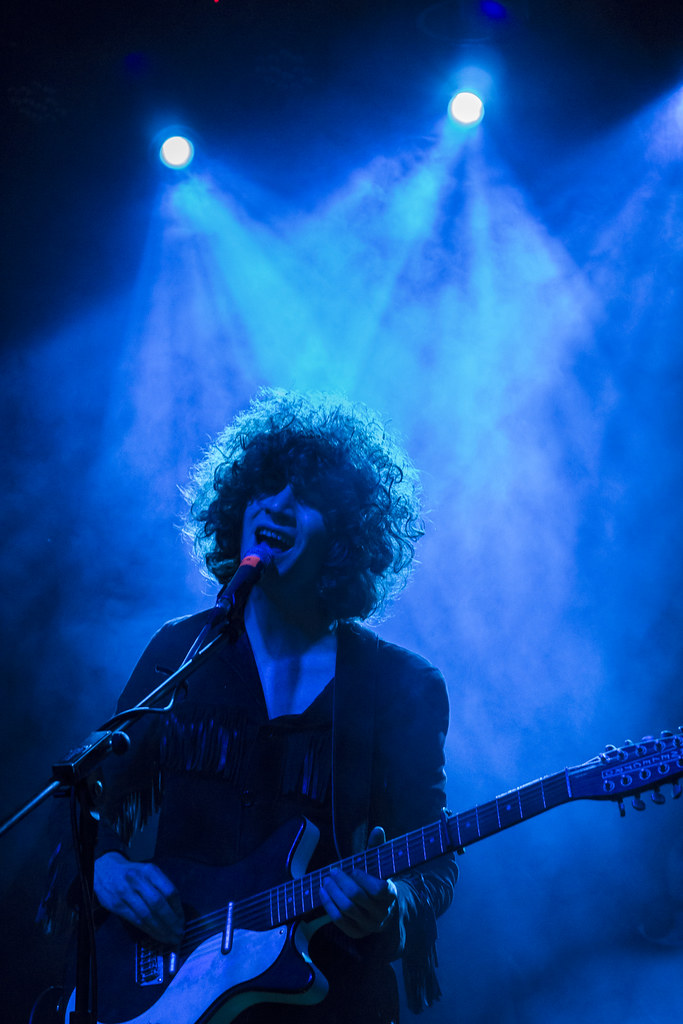 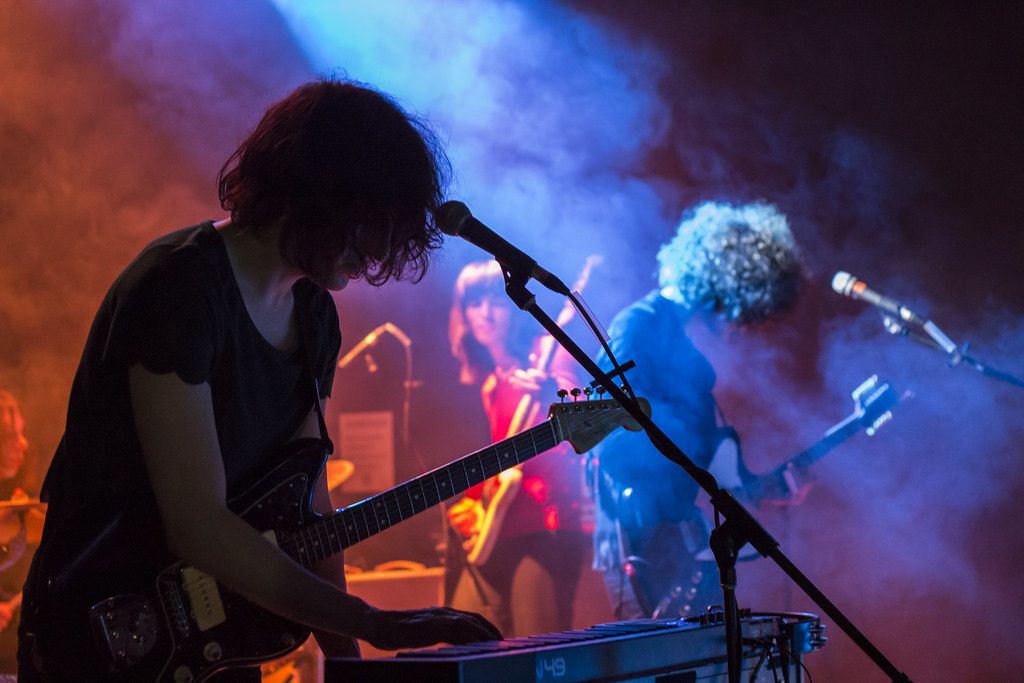 Lincoln’s monstrous and magnificent Plack Blague lands in Los Angeles this weekend for a quick quartet of shows. To preview, Blague released a new mix via TheBrvtalist.com, a site that fittingly tags itself as covering “Mutant Metropolitan Culture.”

It’s nearly an hour in total, but the larger experience is one that showcases everything in Blague’s arsenal, beginning with a chanty, post-punk refrain set to dance beats. Then, dark and resonant drum machines arrive for several minutes before intricate and haunting arcade beeps take over. Follow that with an interlude of dancey screamo and a thinning voice changer on Blague’s vocals. And that’s just the first third. Check it out here.

And here’s the shows:

Friday, May 29 at The Lash
Saturday, May 30 at Handbag Factory
Sunday, May 31 at Coaxial
Monday, June 1 at Mustache Mondays / La Cita

Lincoln’s blét has given another sneak preview of its forthcoming full-length album.

The trio announced “Joni’s Song,” a previously unheard cut, via Facebook. It is the second track premiere from Borrowed From The Breeze, which drops Saturday, June 6 as blét plays its release show at The Bourbon with Once A Pawn and Mesonjixx (RSVP here.)

Listen to “Joni’s Song” below:

After months of preparation and anticipation, Buffalo Records will finally open its doors tomorrow.

The brand new Kearney music shop is throwing a grand opening tomorrow from noon to 9 p.m. The event will feature live music from Smokestack Relics, Tyler Smith, Mike Adams and Friends, DJ Nick Bliss and This Is Whispering. In-store giveaways will also begin at 1 p.m.

Buffalo Records features a wide array of new and used records, in addition to vintage and new stereo equipment. The store published a few photos on its Facebook page to patrons a first look. View them here, and RSVP to the event here. And be sure to check out their website.

This year’s edition kicks off this evening with Brownville favorites KT Sullivan and Jeff Harner. Other notable performers include former actor turned singer/songwriter Ronny Cox, who played “Dueling Banjos” in the 1972 film Deliverance. He later acted in Robocop, Beverly Hills Cop and Murder at 1600.

For more information and a complete list of this year’s performers, visit the Brownville Concert Series website here.

Let’s get to the extensive list of shows for the weekend.

In Lincoln, singer/songwriter Amy Schmidt plays her first local show in months at the Pilgrimer with Xion. RSVP to here. We caught up briefly with Schmidt via email, who says, though it has been a slow year musically for her due to illness, she has recovered and has big plans for the rest of the year. After traveling through the U.S., she plans to record new music in Iceland this summer, hoping to follow up with some touring through Europe and Asia.

Then, Robert Randolph and the Family Band return to Lincoln tonight, playing Knickerbockers with the Hector Anchondo Band. The funk band has released six full-length EPs and toured extensively since getting their start in 2001. Robert Randolph has been named to Rolling Stone’s top 100 guitarists of all time for his work with the pedal steel guitar. Basketball fans may note that the band plays before every Friday night New York Knicks game. RSVP to the show here.

Saturday, Maha Music Festival and Loessfest bring Mini-Maha to River’s Edge Park in Council Bluffs. Ben Kweller will perform, joined by The Dodos and Lincoln’s Oketo. Kweller played the main stage at Maha Music Festival in 2011. The Dodos, San Francisco indie rock duo, released their sixth LP in January. They are known for unconventional instrumentation, specifically percussion. Oketo is on a run of shows, and this one will be their second in three days (see above photos). RSVP here.

Omaha’s Lookout Lounge hosts Revenge of the 80’s: Nerds of a Decade, with performances by Thirst Things First, The SuperBytes and The Jiggawatts. The celebration of synth sounds and nerd culture will feature ‘80s themed costume and dance contests, with free drink and cash prizes. We’d fancy ourselves in a yellow jumpsuit and Roland keyboard. RSVP here.

This weekend will also see performances by Radkey (RSVP here), Copeland (RSVP here) and Glass Animals (RSVP here). For the full listing of shows, check out our events page here.

Where do you plan to attend this weekend? Let us know in the comments, or hit us up via Twitter and Instagram at @hearnebraska. As always, for shows, news tips and story ideas, drop us a line at news@hearnebraska.org. See you at the shows.