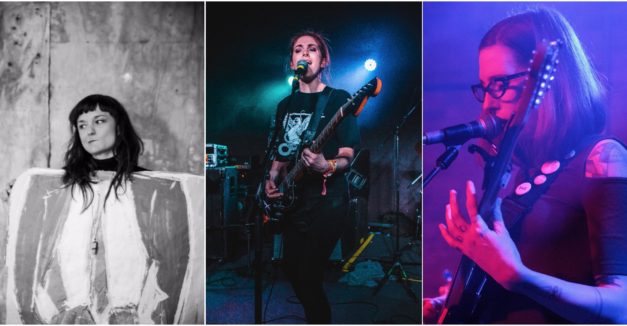 HN intern Connor Lepert went to Duffy’s Tavern as the trio celebrated its debut EP “Garbage Island,” with support from High Ruler and No Thanks. We chatted with Bien Fang last week about its self-proclaimed “bratty” garage rock sound and their efforts to help support an inclusive and diverse scene; watch the video here.

See Lepert’s photos of the show below:

As we noted Friday, our staff traveled to Treefort Music Festival in Boise, Idaho over the weekend. We wanted to grab a look at an event similar to Lincoln Calling and along the way, as you might have seen via HN’s and LC’s Instagram channels, to introduce our audience to the festival as well. We’re rolling with fuller coverage tomorrow, but for now, get a sneak peak from HN photographer Lauren Farris below:

People attach themselves to the emotional sensibilities in music because it can be healing or meditative in times of trouble. Land of Talk has released a second single, “This Time,” from its forthcoming album, citing its therapeutic power during the writing process as a will for the band to continue.

The Montreal-based band will release a new album, Life After Youth, with Saddle Creek Records on May 19th. This will be the band’s first album since 2010 and will feature both “This Time” and previously-released single “Inner Lover.”

“This Time” begins with a guitar resembling a modulated synth, with a soundscape seemingly straight out of the 1980s. Progressing steadily, the song sits atop a constant drum beat, while the voice of frontwoman Elizabeth Powell sounds folky compared to the bed of synth-like sounds it floats upon.

Powell wrote “This Time” just after her father had suffered a stroke. As Powell cared for her sick father, he encouraged Powell to continue writing music after her long hiatus. “This Time” was said to be the cornerstone for the band’s new album.

“Music became a self-help thing, a coping mechanism because music is how I understand myself and the world,” Powell says.

Check out the new song below:

Tonight, Kansas City indie rock band Hembree plays Reverb Lounge with The Hottman Sisters. The band is in the middle of a short midwestern tour, and will catch The Hottman Sisters as they return from tour themselves. The show is all ages and $7. RSVP here.

To submit story ideas and news tips, email us at news@hearnebraska.org.