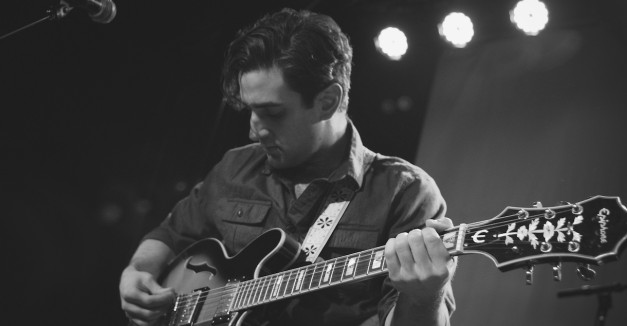 Oquoa’s Friday show at The Waiting Room with Son, Ambulance will be the last one for bassist (and Waiting Room sound guy) JJ Idt, who’s moving to Portland. But we have the premiere of the Omaha band’s self-released debut LP today — stream or download it for free here.

The album was tracked last mostly summer when the band was a trio of Holmquist (Great American Desert), Idt (Conduits) and Lewis (Conduits, The Good Life). It was engineered and mixed by Idt and mastered by Mike Nolte. The band has since added Patrick Newberry (Cursive) and Jim Schroeder (UUVVWWZ, Mr. 1986). Sarah Bohling of Icky Blossoms is featured on the songs “Mountain” and “Cigarette.”

The eight-song, self-titled album is long on negative space, but scales intense musical peaks in songs like the gigantic “Yellow Flags,” which hosts Holmquist vocals howls unlike anything in a Great American Desert song. And the album’s lead-off track, “Move Your Bodies,” lands like a kind of dance-floor Neva Dinova.

Of releasing the album prior to Idt’s departure, Holmquist said:

“It keeps everything simpler and smoother … with JJ moving, it’s a good way for us to look at the last year recording this album just the three of us and say, ‘Look what we did together. We want to share it with you all,’ and move forward in a really clean and simple way.”

Listen to the record below: 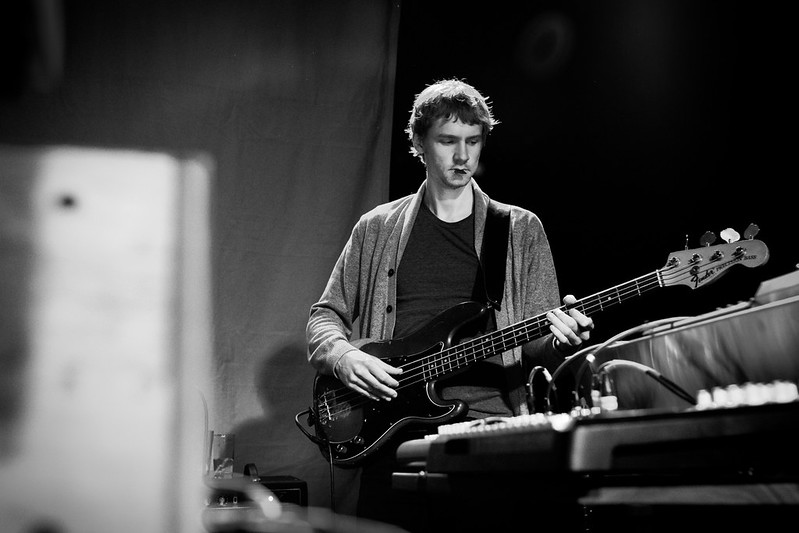