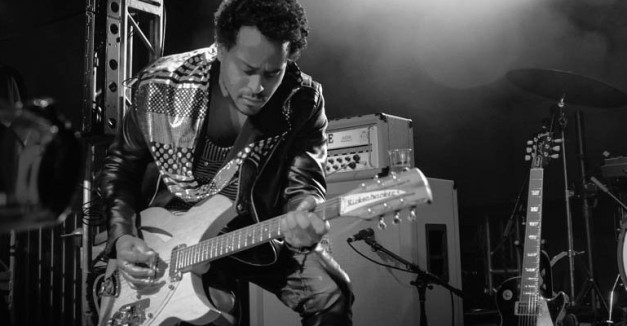 photo of Twin Shadow at SXSW by Chris Dinan

*This morning, 1% Productions announced Omaha shows for Twin Shadow, Lucero and Tennis. Tickets for all three shows go on sale this Friday at 10 a.m. (Tickets at the links above.)

The Denver pop duo Tennis, which regularly tours through Omaha, will return on Nov. 5 at The Waiting Room with Pure Bathing Culture. The married duo of Alaina Moore and Patrick Riley spoke to Hear Nebraska when they came through Omaha in 2012.

Lucero and Drive-By Truckers will split a Sept. 16 billing at Slowdown. The Memphis-based rock band Lucero’s latest album is an homage to their Tennessee roots and the bohemian tradition of Southern music. More here. For Drive-By Truckers, the Georgia-based Southern rock band’s album English Oceans is out now.

*In other news, the window for submissions to the OEAA Summer Showcase closes this Friday. The showcase will happen at venues across Benson on August 22 and 23. Email oeashowcase@gmail.com, if interested. Public nominations for the 2014 Omaha Entertainment & Arts Awards close the following week on August 31. See photos from the 2013 award ceremony here.

Reach Hear Nebraska via its managing editor at chancesp@hearnebraska.org.