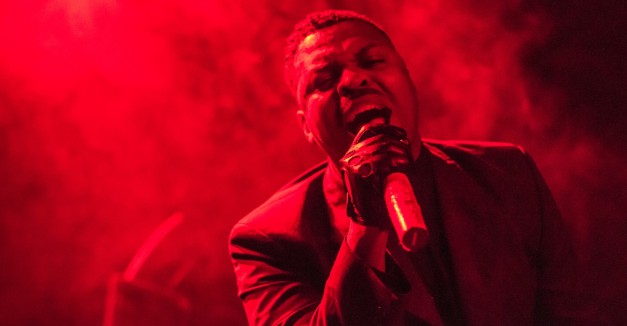 Artists looking to get a head-start on awards exposure have their first opportunity.

Omaha Entertainment & Arts Awards is now accepting submissions for its summer showcase, held June 10 and 11 throughout seven Benson neighborhood venues. The showcase is both a chance for artists to gain exposure ahead of the Aug. 31 nomination deadline and the first of two fundraisers which benefit the organization’s annual award show.

New this year, public nominations are open year round, rather than opening the night of the showcase. OEAA spokesperson Melissa Kucirek says this gives bands a chance to campaign now through the August deadline.

Last year, 70 area bands played the event, selected from more than 100 applicants. OEAA President Emily Cox told HN that, during last year’s showcase, one of the eventual winners powered ahead of its competition as a result of its performance.

The OEAA recently expanded upon its mission to recognize and promote local artists, holding its first ever Omaha Music Summit. Organized by new board member and R&B artist Dominique Morgan, it covered topics ranging from self-promotion and concert booking to women in music and the R&B and hip-hop scenes.

To apply to play OEAA’s summer showcase, email oeashowcase@gmail.com with band name and links to music, bio and other press materials. Acts must reside within 100 miles of Omaha. To submit a nomination for the annual awards show, head to the OEAA website here.

A new batch of Live at O’Leaver’s tracks have gone up, and they feature more of Omaha’s diverse talent.

Rothsteen, Montee Men and Lush Bruise Crew all got recordings in yesterday’s drop. By our count, that brings the total number of public sets to 99.

R&B artist Rothsteen’s Sept 26 show appears here, with a pair of tracks from his Moments Before EP. The OEAA award winner for “Best New Artist” also covered Adele’s “Rolling In The Deep” and Elvin Bishop’s “Fooled Around and Fell In Love” (with help from Carson City Heat).

Lush Bruise Crew received a quartet of releases from its Feb. 26 concert. Led by David Nance, the band’s fuzzy sound is a wild mix of classic, country and acid rock. As O’Leaver’s sound engineer Ian Aeillo puts it, “seemingly always on the verge of a wonderful collapse.”

Listen to the new tracks below, and check out the full public catalogue here.

HN visual editor Chris Dinan is down at SXSW, and snapped a few photos while out and about yesterday. Among the notables he saw were New York indie pop duo Diet Cig, California garage rock band PARTYBABY and London’s Pumarosa.

The rest of our team joined Dinan late last night, and will have full coverage of week (including today’s the Nebraska Exposed showcase at Cheers Shot Bar today at Noon) starting tomorrow.

For now, see Dinan’s photos below:

Chango at a food truck park 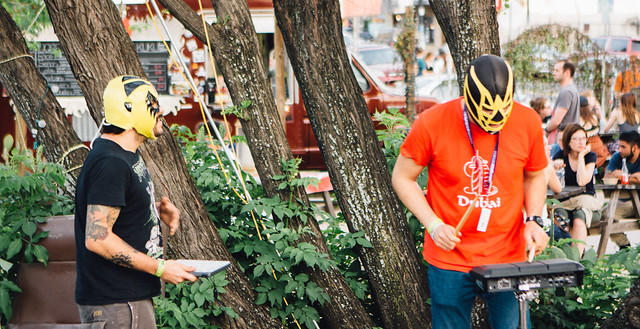 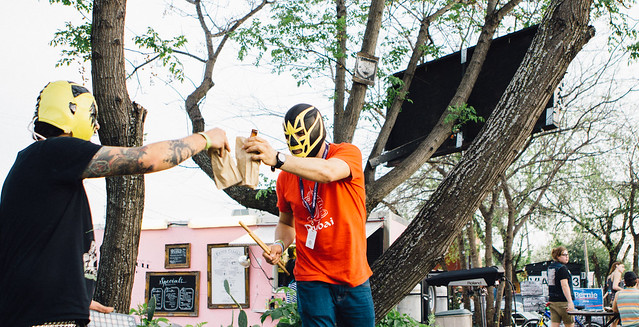 Diet Cig at The Hype Hotel 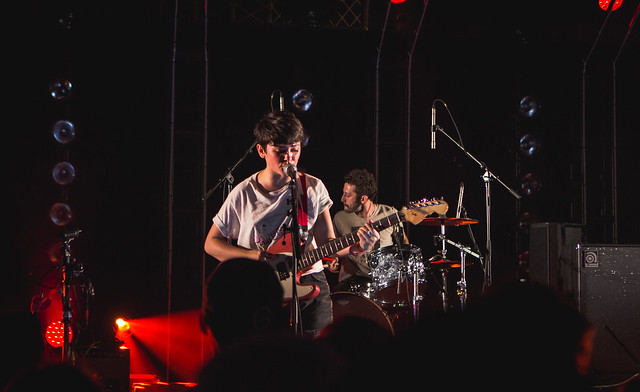 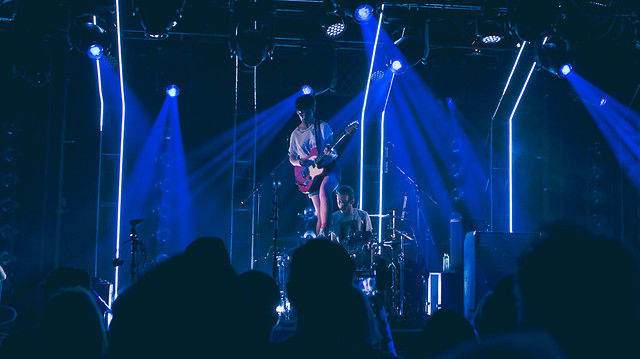 PARTYBABY at The Hype Hotel 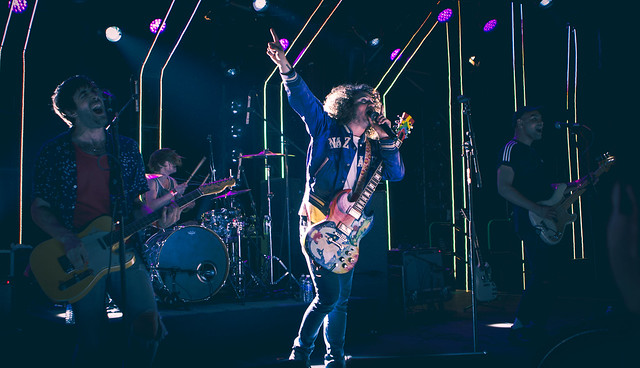 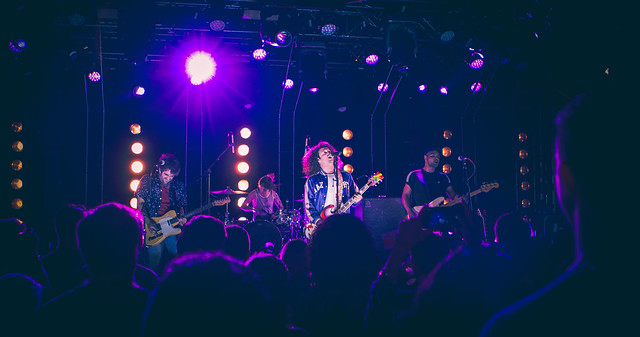 Pumarosa at The Hype Hotel 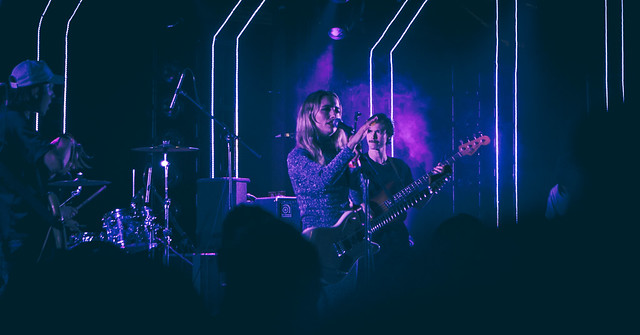 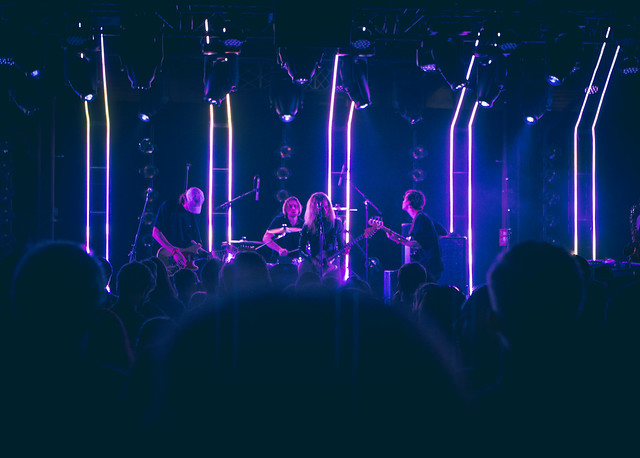 Still Corners at Cheer Up Charlie’s 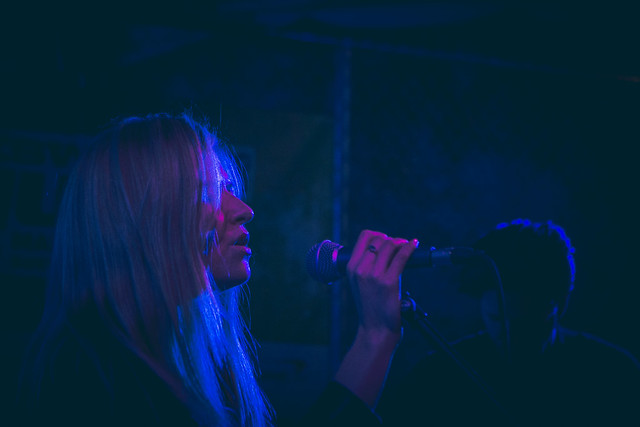 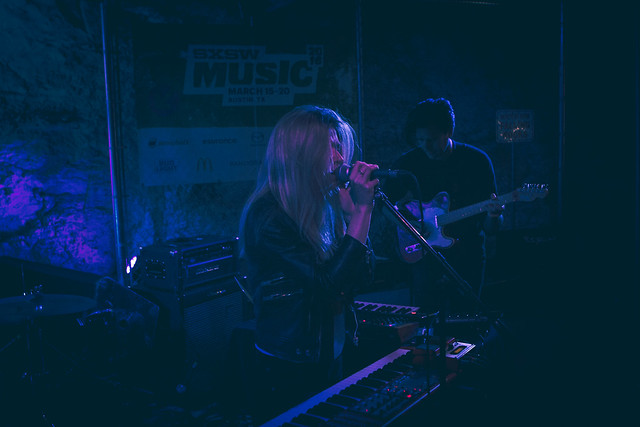 Tonight, Mike Semrad & the Likes plays on a loaded Duffy’s Tavern billing with Jack Hotel, Pleiades & the Bear, Matt Cox and Bernardus. Both Semrad and Jack Hotel have full-length albums coming later this year on Sower Records. All of that for only $5. RSVP to the 9 p.m. show here.

In Omaha, Tulsa, Okla., band NeoRomantics plays Lookout Lounge with OMAHA (the band), The Cosmic Smiths and Side Talk. The touring indie rock band’s echoing, swelling guitars and blasting saxophones recall Oketo in way, with a more mainstream rock vocal feel. As noted earlier in the week, The Cosmic Smiths just last week released its debut album Sunrise On A Swingset, recorded at Omaha’s Yorick Studios. The all-ages show is $8 and starts at 8 p.m. RSVP here.