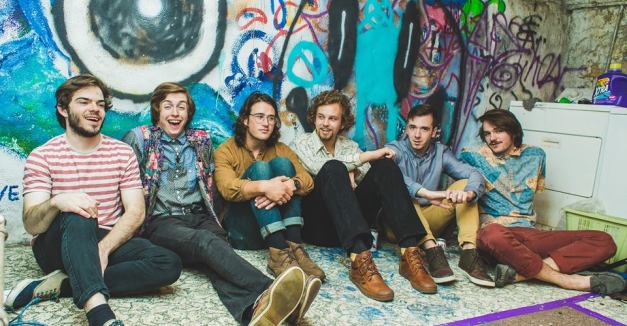 The Lincoln-sextet plays with Life is Cool, Twinsmith and Chicago’s The Boxers. The $8 show starts at 9 p.m. RSVP here.

The instrumentally diverse indie rock group released its three-track self-titled EP to Bandcamp near the beginning of October. Recorded at Silver Street in Ashland and produced by BZZZ (the production team of Oketo bassist James Fleege and Sean Beste).

Physical copies of the release will be available at the show tonight. Oketo hits the road for a Chicago show with The Boxers next weekend.

Omaha officially nabbed one of its first significant touring shows on the 2015 calendar yesterday.

Folk singers Gregory Alan Isakov and Nathaniel Rateliff will kick off a national tour at The Waiting Room on Jan. 15. Tickets are $16 and on sale now. Both are Colorado-dwelling songwriters.

Isakov was last through Nebraska in July 2013 on the heels of releasing his album The Weatherman, perhaps the shining example of his unflappable folk crooning. At that time, we had a nice chat with him. Listen here.

RSVP to the event and see the full lineup and schedule here.

You may remember Cupcake as friend of Universe Contest. The Lincoln band has played frequently with Cupcake in Missouri, and brought the group up to Lincoln for its spring record release show at Vega.

While Cupcake couldn’t match the sheer production Universe Contest was sporting at the time, they certainly kept up with, and maybe even outpaced, the strange energy of Universe Contest shows.

Simon Joyner brings his full band of Ghosts to Reverb Lounge tomorrow night for a show with Skeleton Man and Sucettes. The show is $7. RSVP here.

The Facebook event bills the show as the first time audiences can hear a batch of songs of Joyner’s forthcoming Grass, Branch and Bone. It was recorded at ARC Studios with Ben Brodin earlier this year. The album will be released in early 2015 on Woodsist.

The Los Angeles-based Mini Mansions, on the cusp of a second full-length, plays a dark, updated version of late Beatles cuts. Bassist Michael Shuman also plays in Queens of the Stone Age.