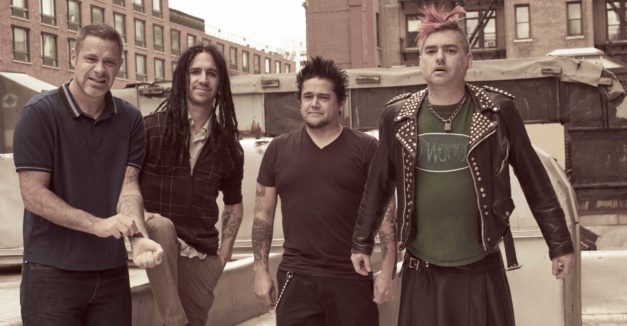 It has been more than three decades since Fat Mike, Eric Melvin and Erik Sandin formed the punk band that would become arguably one of the most successful independent bands of all time.

“I used to live so much of my life in private but I’ve slowly started going to parties and out in public without being embarrassed of my true identity and that confidence just transferred over to my entire life,” Fat Mike said in a press statement. “When you’re dressed in rubber and heels and corset and you’re waiting in line for an Omelette in Jamaica, well, after that there’s nowhere else to go.”

NOFX formed in 1983, a decade ahead of the mainstream punk rock boom. That early ‘90s wave came to a head in 1994, bringing commercial success for genre acts like The Offspring, Bad Religion, Rancid and Green Day, all of which released critically acclaimed albums that year.

The Los Angeles band was part of that throng, its fifth studio album Punk in Drublic earning certified gold status and launching the band to commercial success. It did so independently, rising first on Epitaph Records before moving over to Fat Mike’s Fat Wreck Chords in 2003.

Apart from the record label, Fat Mike and NOFX are perhaps best known for blending various punk elements and, more recently, their leftist political leanings. The band ramped-up its anti-George W Bush campaign with 2003’s War On Errorism and the ensuing Rock Against Bush compilations.

NOFX recently filmed a video for the new album’s first single, “Oxy Moronic,” with Funny or Die. Watch it here. Also, see this video of NOFX at Omaha’s Capitol Bar in 1994 below:

Following a sunny, acid-rocking full-length debut earlier this year, Those Far Out Arrows have announced another entry into their lo-fi catalogue.

The Omaha band released new single “Jump To Your Feet” yesterday via its Soundcloud page. It is the first from Where Are You?, the six-song EP follow-up to the debut LP From The Sun, released in March. It was recorded at the band’s Benson residence and mastered by bassist Jon Ochsner at ARC Studios.

The brothers Evan and Ben Keelan-White channel the jangliest psychedelia of he ‘60s on “Jump To Your Feet.” Its bouncy rhythm anchored by Ochsner and drummer Tanner Rogerson, the track marries the snarling fuzziness of Brimstone Howl with the brightness and pacing of CCR’s “Bad Moon On The Rise.”

Those Far Out Arrows releases Where Are You? on limited, hand-numbered cassette on December 17 at Brothers Lounge with Lazy Wranglers and Big Slur. RSVP here.

For the past two years, The Commons LNK has served as a safe, drug-and-alcohol-free space for artists, musicians and community organizers, hosting all-ages concerts, workshops and the ever-popular DIO Fest. It all happens by freewill donation, with gaps filled in by a close-knit group of volunteers and operators.

Now, The Commons LNK is asking for community help to pay its 2017 operating costs, which, accounting for rent, internet, electric and gas, total $7,700. Its GoFundMe page, which launched yesterday, has already raised $2,525 as of this writing.

In an interview with Hear Nebraska earlier this year, volunteer organizer Amanda Huckins emphasized the importance of the space and the connections it fosters to the Lincoln DIY creative community.

“I feel like a lot of people who do creative work often feel isolated because there’s not a whole lot of regular, well-publicized, mainstream stuff going on for people like that,” Huckins said. “A place like this that is a free place to be, where there’s a good chance there’s gonna be other people who are like-minded about important things, it’s a good thing to know about.”

Watch the entire interview below. Donate to the GoFundMe campaign here.

Photo Coverage: Little Big Bangs, Timecat, No Thanks at O’Leaver’s

HN multimedia intern Lauren Farris caught St. Louis garage rock band Little Big Bangs last night at O’Leaver’s with Omaha political punk No Thanks and post-rock quartet Timecat. Little Big Bangs is currently touring on new music, its Besides Ep/cassette which dropped Oct 29. Both Omaha bands released EPs over the summer, No Thanks’ Position in June and Timecat’s Through The Roof in August.

Looks like more fake blood was in the works for No Thanks. See that and more in Farris’ photos below: 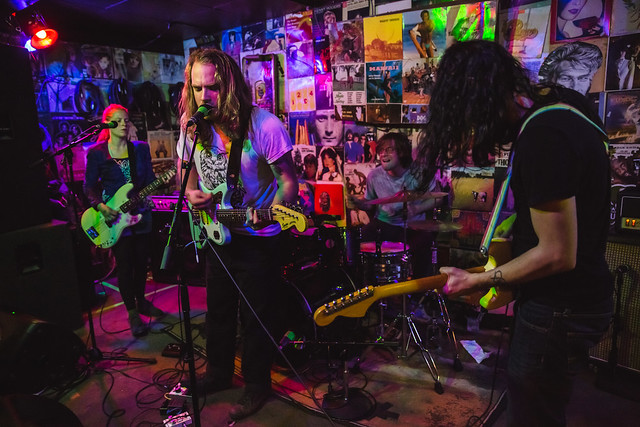 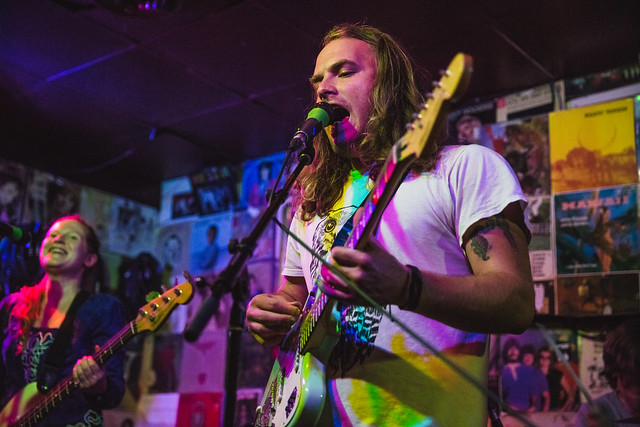 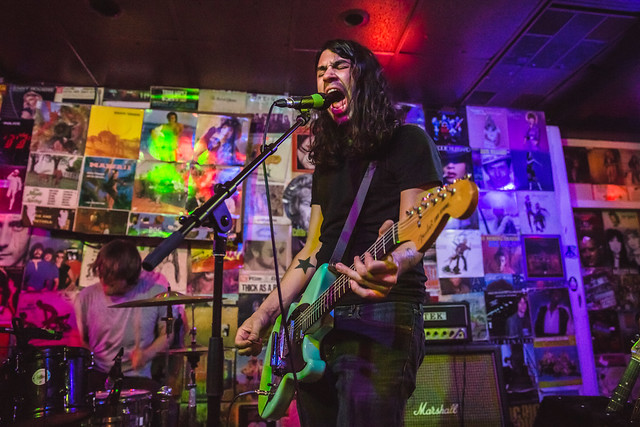 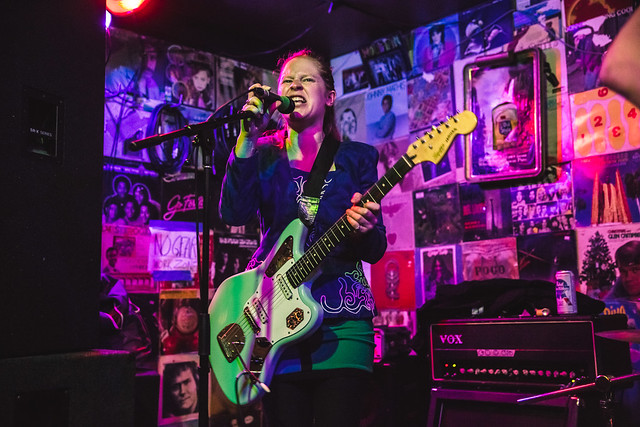 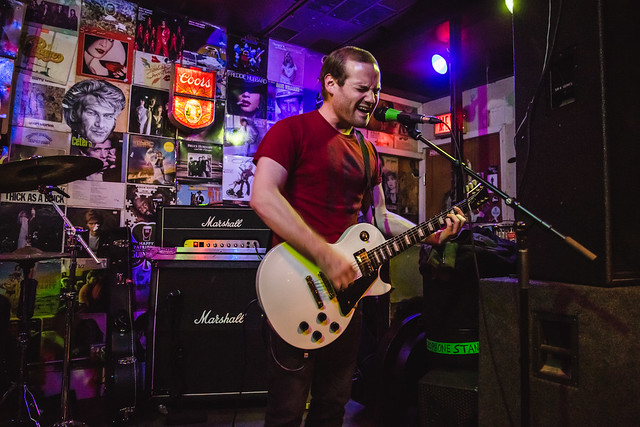 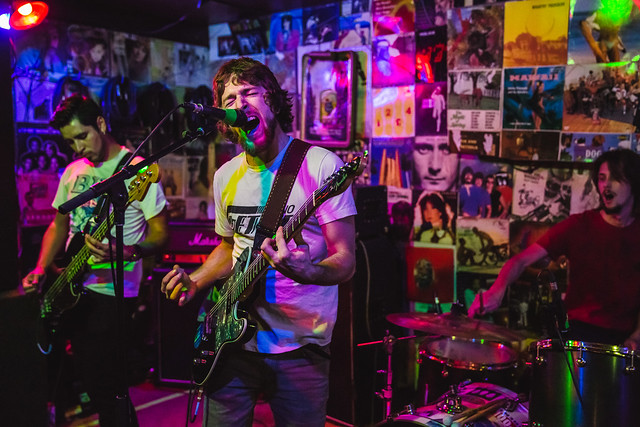 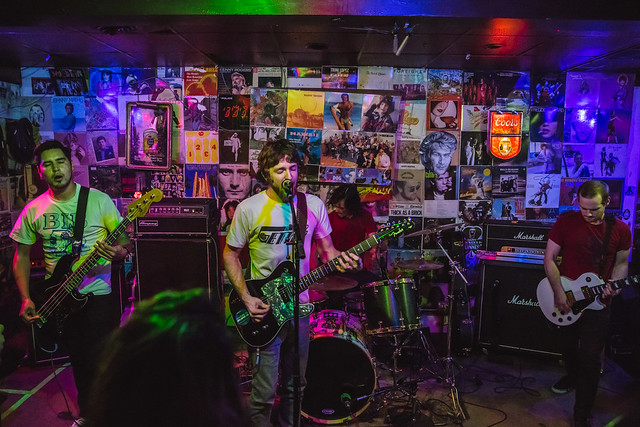 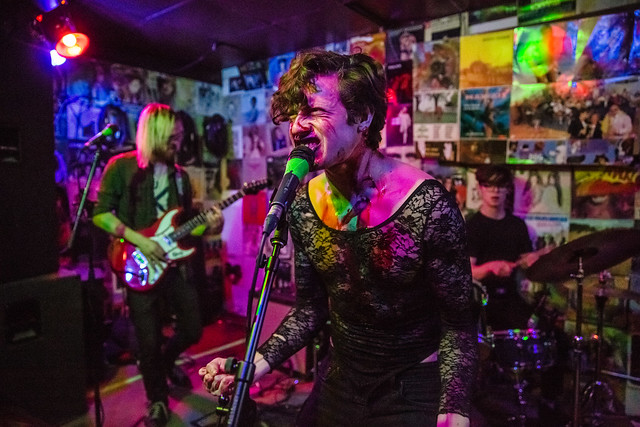 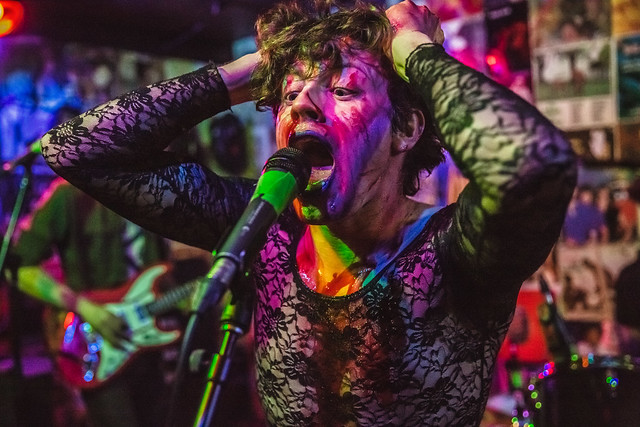 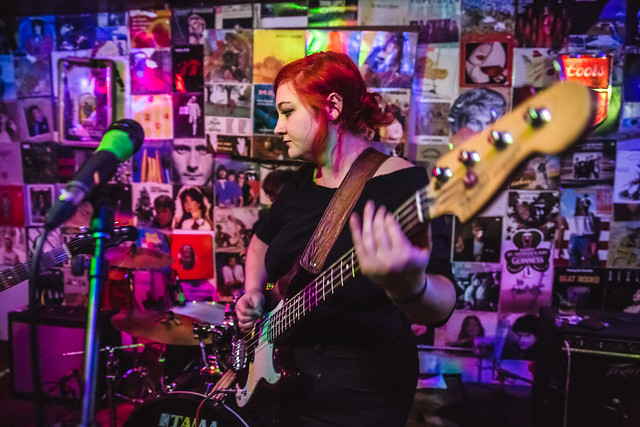 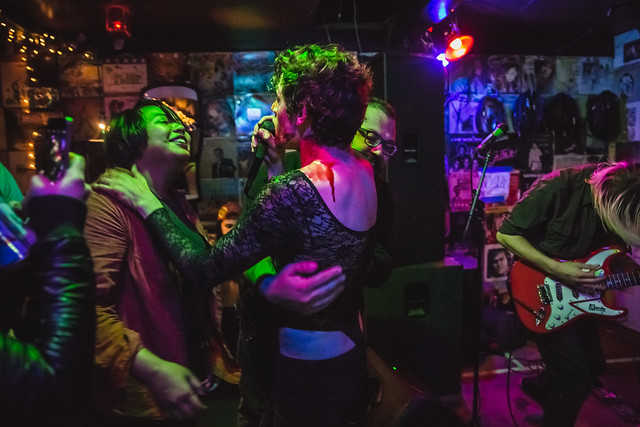 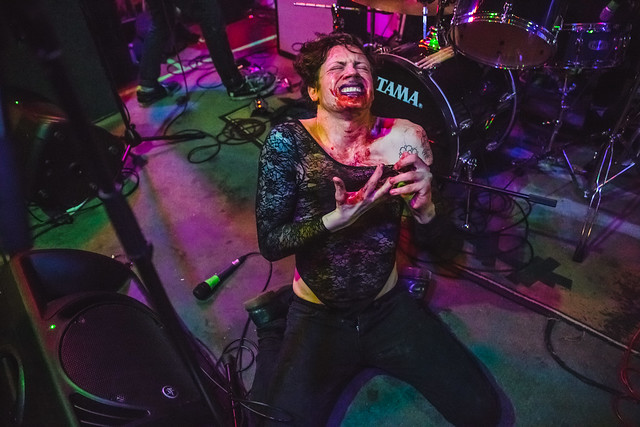 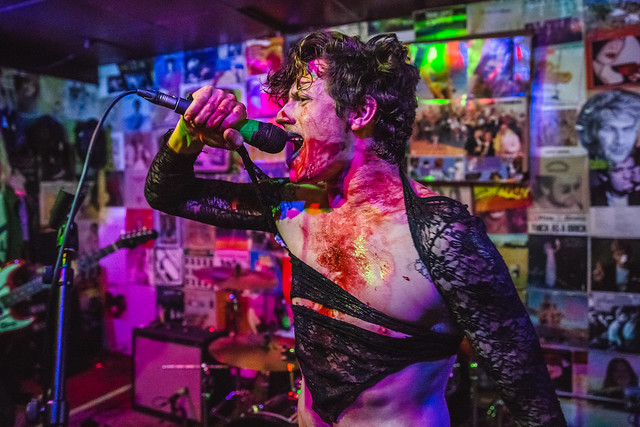 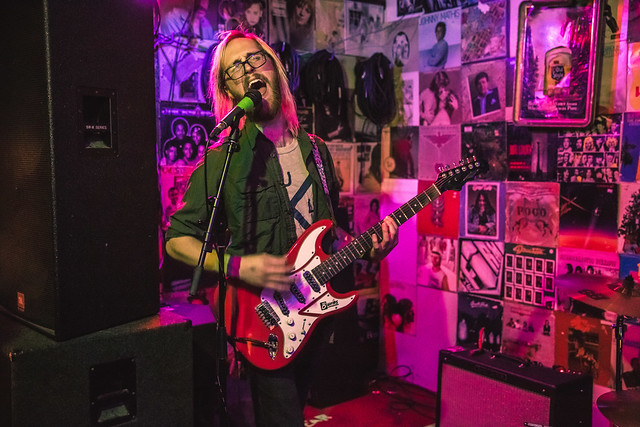 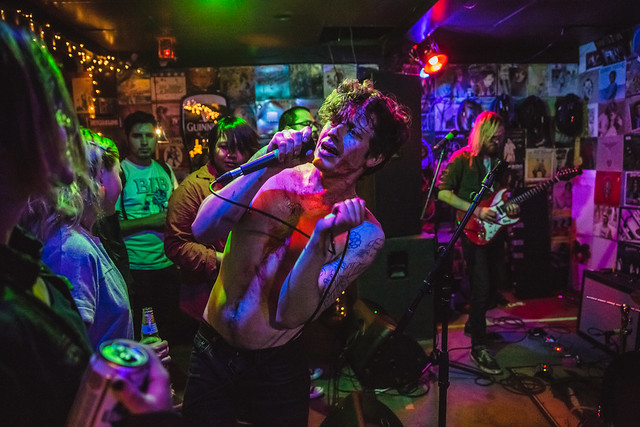 For more of tonight’s concert listings, head to our statewide calendar here. If you do not see your show or one you plan to attend.