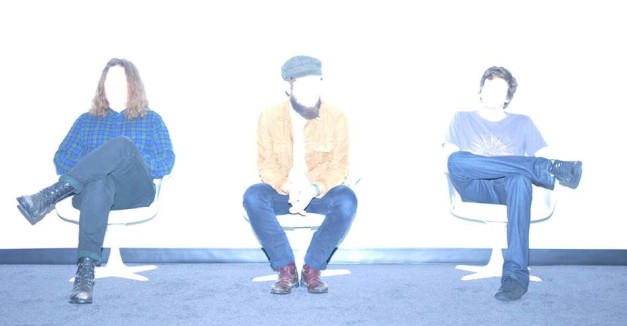 ‘From The Sun’ by Those Far Out Arrows

Remember that dizzy feeling of content you would get as a kid from rolling down a hill on your side, arms tucked in, the sun spinning it’s yarn of warmth and the earth wrapping around you like a friend? You’d spin and spin and fall and fall until you couldn’t do either but to lay, sprawled out on the grass, your eyes closed tightly, laughing? Brothers Ben and Evan Keelan-White and bassist Jon Ochsner of Those Far Out Arrows have captured that joy in their new album, From The Sun, which will be released this Saturday night at O’Leaver’s.

I sat down with the three of them before their listening party at Kate Dussault’s Hi-Fi House and chatted them up a bit about their process.The album was heavily influenced by the boys’ love of all things ‘60s, from the Mary Jane lovin’ hippies and the spaghetti western sound bites to the spiritual Beatles and all the chill vibes. You can hear just as much of The Kinks and The Mamas & The Papas as you can their more modern vices in Ty Segall and The Brian Jonestown Massacre. For three boys, one USB mic set up in their sunroom, and a MacBook, they’ve managed to capture all of it without being too whimsical, too cluttered or too derivative, and certainly while maintaining that dizzying sense of joy.

While the lion’s share of the writing was done, as in their previous album, by the brothers, a band favorite, “John Dineen,” was written by the whole band.

“Our uncle was having heart surgery right at that moment, and we figured we better send him some good vibes.”

Wet with vocal delay, heavy with surf influence, and earnest, the laid back tune will noodle it’s way into your head and find you unexpectedly singing along on a second listen like you’ve never not sung it.

You can pick up From The Sun and check out all the good vibes of their live show this Saturday, March 26 at O’Leaver’s, 1322 S Saddle Creek Rd, along with bands Heavy Lungs and Dead Flower Preservation Society (RSVP here)

Let’s take a quick spin around the weekend schedule:

Tonight, Noah’s Ark Was A Spaceship plays O’Leaver’s in celebration of its new album Three, its first since 2013 and, aptly, its third full-length. Prepare with our feature interview with the band from yesterday, in which they chat about shedding musical egos and call the album their purest yet (read it here). Eric In Outerspace, Mint Wad Willy and DJ Joe Benson open the show. RSVP here.

Making Movies, The Regulation, Anthems at Lookout Lounge – Kansas City latin rock band Making Movies comes to Omaha in the midst of a southern/Midwest tour. The quartet, led by charismatic frontman Enrique Chi, released its second album in March 2013. It was produced by Los Lobos’ Steve Berlin. And fun fact for those who like them: Yours truly took guitar lessons from Chi in high school. He’s played around the city for well more than a decade, much of that in this band. No doubt it’ll be an entertaining show. Entry is $8, RSVP here.

The Impulsive, We Be Lions, When Towers Fall, Forever Endeavor at The Waiting Room – Omaha alt-metal band The Impulsive releases its new EP, Battle Worn, tomorrow night. The all ages show is $8. RSVP here.

For a fuller listing of this weekend’s shows, head to our statewide calendar here. If we’re missing your show or one you plan to attend, let us know in the comments or email us at news@hearnebraska.org. Use that same email for news tips or story ideas. Have an idea for coverage? Reach us at editorial@hearnebraska.org.