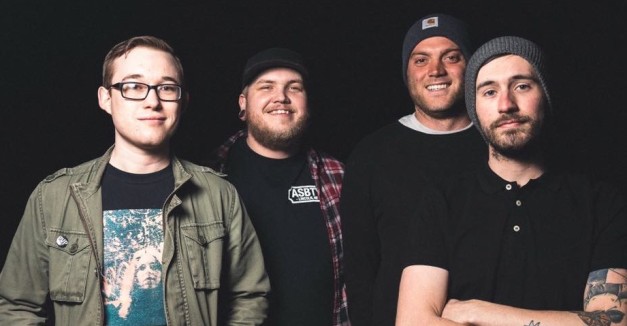 No Tide calls it quits

When No Tide’s dented gray touring van, the one that endured more than 65,000 miles and countless patchwork repairs, went up for sale last week, it felt as though the end was near — a gut reaction which proved true.

No Tide has announced it will call it a day after five years. The hard-touring Lincoln punk band will pack up the van one more time April 16, capping its run with a final show at Slowdown, where it will open for Sioux Falls, S.D., band The Spill Canvas.

Seemingly always on the road, No Tide built a reputation as one of the hardest working in the state. With its players still in their teens and early 20s, the band remained a staunch supporter of the all-ages concert scene within which it flourished.

No Tide’s work ethic extended to its catalogue, piling up numerous EPs over the last three years. Last June, the band released debut LP Death Of The Sun on Massachusettes punk label Take This To Heart Records.

In the way that music is constantly changing, so are all of us, and with that our lives as well. We never thought this band would take us to almost every state in the country, or that we would’ve connected with so many others, especially not from all over the world. From lyrics written on scraps of paper in bedrooms, to making records we believe in, we are forever thankful of every single person who has gotten behind the vision.

As it happens, it is time for the four of us to do different things. Time is never wasted when you’re working towards goals and dreams, and the last five years have brought friends from all over into our lives which is truly priceless.

The form of the album will ALWAYS outlast the band, and that’s part of the beauty. We ask that you please support Take This To Heart Records and pick up our vinyl releases which they have graciously released over the past few years. The label has created a scene of some of the best new bands releasing honest music, and it was amazing to be a part of it.

This won’t be the end of music for any of us, and we hope to have new things on the horizon to share with you in the near future.

Tickets to the April 16 show are $15, and can be purchased here. With The Spill Canvas and No Tide, Omaha pop-punk band Take Me To Vegas rounds out the bill. RSVP here.

The Omaha concert booking company announced yesterday garage punk trio Shannon & the Clams will play a concert Sunday, May 15 on Omaha’s River City Star. Nathan Ma & the Rosettes will join them on the recreational riverboat deck.

“Personally speaking, they are the ideal band to see on a boat cruise,” Parker says.

Tickets to the “Sailin’ and Wailin’ Boat Cruise” event go on sale here Thursday, April 7 at 10 a.m, and are limited to 120. The $20 admission price includes free beer. Gates are at 6 p.m., while the River City Star will disembark from Miller’s Landing, 151 Freedom Park Rd, at 7 p.m. RSVP here.

Both rumbles through Sofar Omaha video

Not even a living room can harness Both’s arresting live-performance energy.

When the sampled voice in “Drug Abuse” threatens “Do you want to see a dead body?” It’s as if it addresses the listener, referring to the darkened soul of the emcee in front of it. In Both’s Sofar Omaha rendition, emcee Scky Rei and producer INFNTLP bounce along with that voice in the contrasting warm Christmas-light glow, at once dancing through their stated fate by the song’s title and battling for their identity in music.

Catch Both Thursday, April 15 at Vega for UNL’s Earthstock III with AZP and The Hottman Sisters. The all-ages show is $2 for students, $8 in advance for general public. RSVP here.

In a fluctuating state of consciousness, you’re led to a dark apartment littered with empty PBR cans and peppered with strobe lights. A leather-clad figure writhes seductively in the bedroom, beckoning you to join. It’s a scene devised by one of Nebraska’s most adventurous, boundary-pushing electronic artists.

“The Touch” is a track a cassette from Trigger Warning: A Queer Compilation, out on Minneapolis-based Fuck Mtn. Ltd. Release. Pulsating with bass, it’s a track less heard than felt, as Blague (aka Raws Schlesinger) growls deeply through the mix.

Watch “The Touch” below:

We’ll take a spin around the scene quickly:

For a full listing of this week’s shows, head to our statewide calendar here. Send song submissions, story ideas and news tips to news@hearnebraska.org.