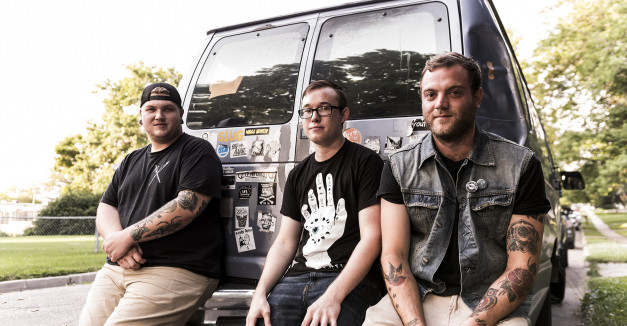 In the fairly unremarkable Witherbee neighborhood, just south of O Street, it’s No Tide’s van that gives away drummer Sean Murphy’s house and the Lincoln punk band’s practice space. It’s very obviously a touring machine: beat up gray paint, a dent on the front driver’s side panel, rust on the roof and countless band stickers plastering the back doors.

When I ask how many miles they’ve racked up from traveling, frontman Will Conner cracks a smile. “65,000 total miles.”

Though its players are in their teens and early 20s, No Tide is well-established in the Lincoln punk scene. Since forming in 2011, it has been one of Lincoln’s hardest touring bands and one of its most prolific. It remains a staunch supporter of the all-ages concert scene.

On a humid Sunday afternoon, Murphy, Conner and bassist Roeby Hauf lean on it to smoke (their fourth member, guitarist Carter Brown, lives in Michigan). In extreme detail, Hauf describes a time when the alternator failed, which he knew because of the burning rubber, and which he was able to repair with relative ease. They’re a little more careful now before leaving town.

“We don’t have many problems on the road because we fix them first,” Hauf says.

Hauf doubles as the band’s mechanic, a convenient asset given No Tide’s exhausting touring schedule. In Conner’s estimate, it’s roughly two weeks on tour for every six at home, a continuous cycle of pursuing a music career and bankrolling it with odd jobs. As much as touring is their passion, it’s the only way they feel a band from the Midwest trying to gain national notoriety can amass and remain in view of fans.

“That’s enough time on the road to stay relevant,” Conner says. “Some don’t tour for six months, and as a smaller band, that’s plenty of time for people to forget about you.” 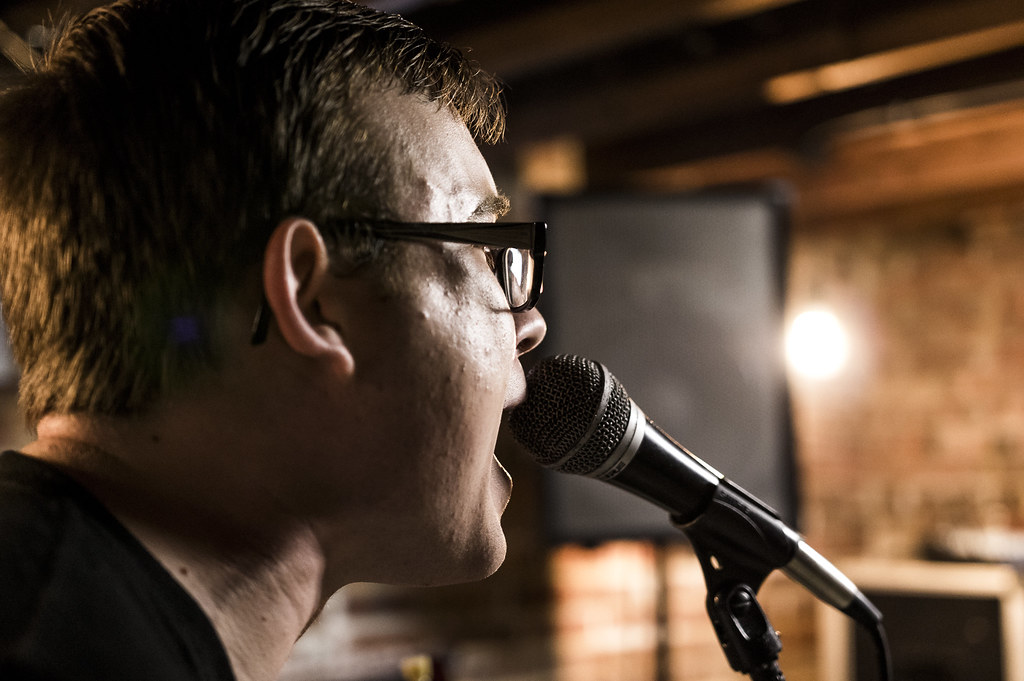 In many ways, Conner, 22, has spent the last four years steadily building to this point. No Tide originally formed out of an old high school band. After a couple of splits and a 2013 EP Meridian, Murphy and Hauf jumped on board, where they’ve been for two and a half years.

That continuity has led No Tide to Death Of The Sun, its debut LP and third record on Massachusetts punk label Take This To Heart. Though the album dropped June 30, they will play a release party Saturday at Knickerbockers with labelmates Sundressed and Omaha’s A Summer Better Than Yours and Lincoln’s Letterbomb (RSVP here). There will also be an early, all ages show at 6 p.m. with Sundressed and Lincoln’s Down In Circles. With a permanent lineup in place and time to gel, Conner felt it was time to release a full-length.

“We had dipped our feet in the water long enough with three EPs, touring on those and getting [enough] people knowing about the band to warrant putting out a full length record,” Conner says.

At Murphy’s dining room table, Conner raves about the LP, calling it his favorite to date. Death Of The Sun is an amalgamation of all of their influences: mid-aughts acts like Taking Back Sunday and Brand New mixed with Saves the Day and a dash of ’90s alternative staples like Third Eye Blind.

The result is a dynamic set of songs and two distinct record halves. No Tide rips through side one in a pop-punk fury of guitars and harmonies as on “Sunday Morning.” Side two is more melodic, spreading out and clearing the way for extended breakdowns and interludes and added keyboard parts.

Lyrically, Conner holds the listener at arm’s length. He writes from characters’ perspectives, peppering in personal experiences like grappling with the entitlement of classmates and sacrificing to make music a career.

Writing Death Of The Sun sapped much of their creative energy, as Conner mentioned in a brief interview in May. Despite booking time with producer Jay Maas at Boston’s Getaway Recording Studio nine months in advance, they still felt under the gun when it was time to record due to the sheer volume of music. The departure of their lead guitarist, Sean Standlea, added to Conner’s workload specifically.

“I did all the guitars on the new record … which I had never really done before,” he says.

While writing most of the record in Murphy’s basement, they made a concerted effort to vary tempo and structure throughout the album. They felt that making a totally homogenous record would carry a higher risk of losing the band’s audience.

“We’re a pretty energetic band … and it can become a little monotonous if you’re too energetic the entire time,” Murphy says. “That music is fun, but it doesn’t appeal to everybody. I’m glad we’re pushing dynamics and trying to do something a little more interesting.” 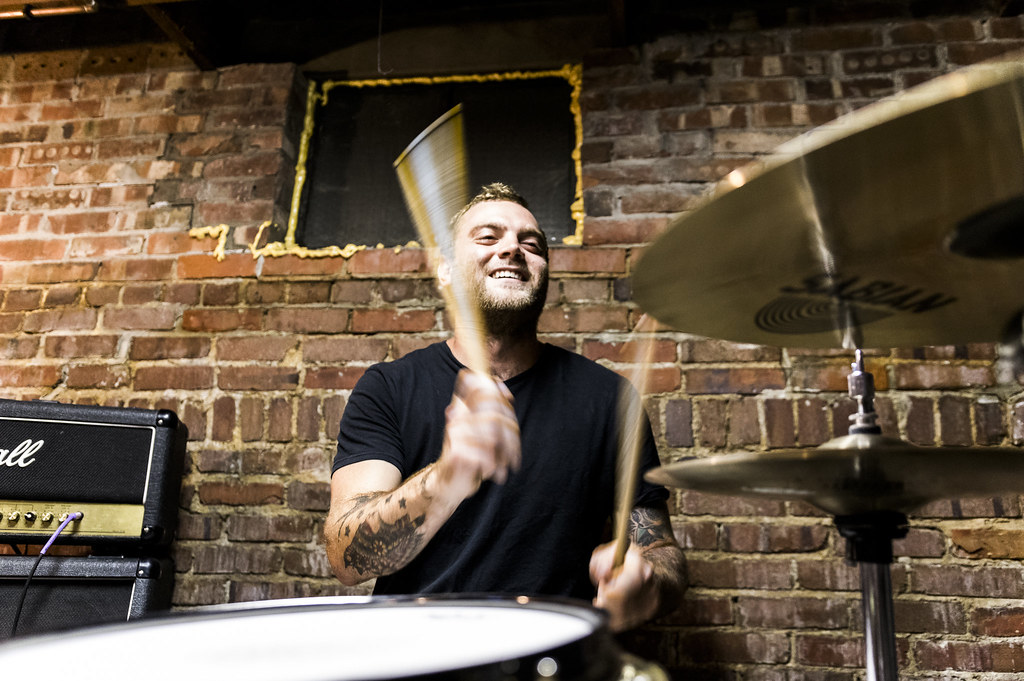 Conner cites producer Jay Maas and Take This To Heart owner Joe Urban as important influences on the album. Both helped whittle the album to 11 tracks, and it was Urban that suggested the top-heavy order.

Urban is also the band’s manager, but what seems like a conflict of interest works really well for the band, given the label’s mission as a stepping stone. Conner says that No Tide had its pick of labels for the new record, but ultimately decided to go with Take This To Heart for that reason.

“He’s always wanted to just get us the most exposure for whatever we’re doing,” Conner says. “If we want to move onto the next thing, he’s all for it.”

Signing with the label has its share of peripheral perks as well, mainly an extended network of contacts when they tour to either coast. They have friends and labelmates on both coasts — Storm The Bay in Rochester, Ny., Home Movies in Los Angeles — and are always with a floor or couch to sleep on.

With a fresh batch of songs, No Tide’s Lincoln-based members have been focused on integrating their new guitarist into the four-piece set up, something they had to hold off on with fill-in members.

“It works out pretty well now because the material is written, so it’s a matter of [Brown] learning it and practicing,” Murphy says. “When it comes time to write again, we’ll definitely be feeling the distance separation.” 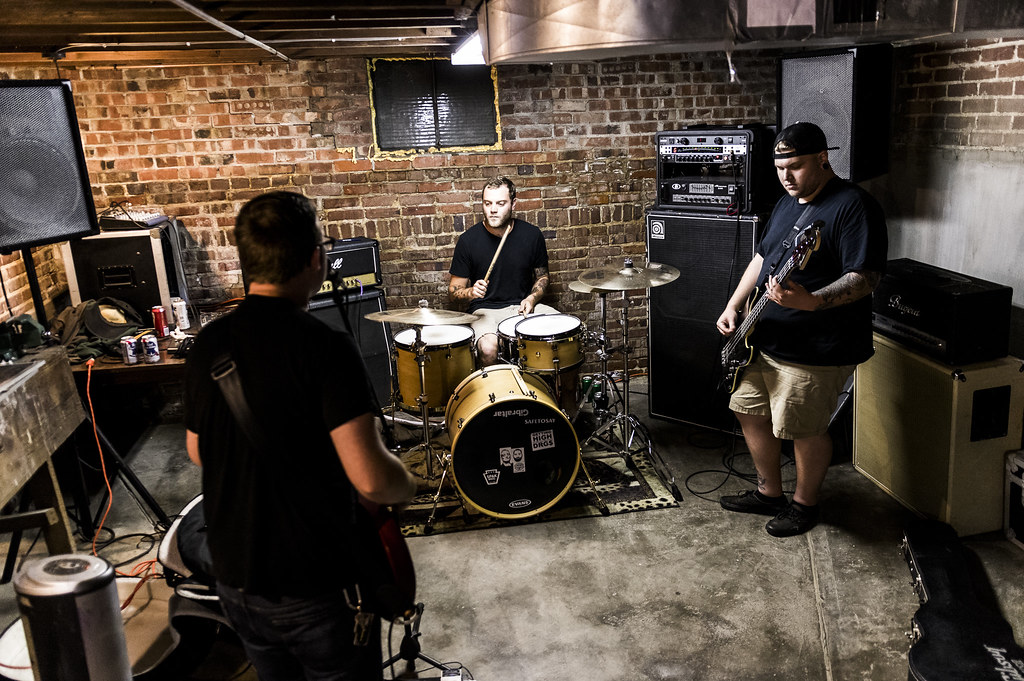 The more Conner, Murphy and Hauf talk about songwriting, the more exhausted they seem. Long sentences about song structure and inspiration trail off into nothingness before someone snaps out of it and dismisses the idea entirely.

But then, Conner will offer that they’ve started a new song, and everyone laughs. That’ll work while they’re at home. Out on tour, songwriting shifts to the backburner out of necessity.

“It’s when I’m bored and doing nothing that I have an idea or something. When you’re in a van and you’re on the road 70 miles an hour and there’s wind blowing around or whatever else, it’s kinda hard.”

Instead, No Tide focuses on growing their audience and staying visible. For now, it isn’t glamorous, but the little things make the grind worth it.

“You can go through practically a whole tour of shows that aren’t the best and then you have that one night where you’re 10 hours away from home and 20 kids show up and they know all the words to your songs,” Conner says. “That’s enough to keep us going.”