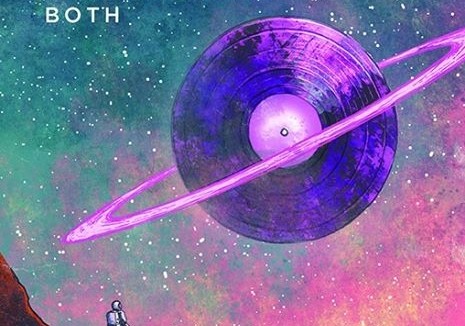 A month out from the release of its sophomore album, Alligator Years (May 4, Saddle Creek), Twinsmith continues its promotional cycle with a video premiere at Purevolume for the record’s title track.

The video features puppet stand-ins for the band — and, of course, they’re alligators. Like the song, it’s colorful and fun.

Vocalist and guitarist Jordan Smith tells Purevolume: “For the video, we just wanted to make something how the songs make us feel. The song was called ‘Party Jam’ when we first wrote it, so we wanted to live up to that name. Also, if you have kids this video will keep them occupied for awhile.”

Check out the video below and figure out which band member most closely resembles their puppet stand-in (we’re saying bassist Bill Sharp).

Twinsmith is out on tour right now. Here are the band’s remaining April dates:

Tickets to the Lincoln show are $5, $7 to the Omaha show.

We’re celebrating a successful Kickstarter campaign to get our third compilation of Nebraska music pressed on mixed-color vinyl with stunning cover art by Jake Fyfe. The album features tracks from 10 of Nebraska’s finest music acts and liner notes written by Hear Nebraska staff.

If you didn’t get in on the pre-order Kickstarter, no worries. We’ll have plenty more available.

Yesterday, Noisey published its “Ten Outsider Hardcore Bands to Know from 1980s America,” which besides probably being a list with a very small and specific audience, included one Nebraska act.

The Language of a Dying Breed by Lincoln act Power of the Spoken Word snags a spot on the list for its blend of hardcore and psychedelia. It’s a wonderful little revival of an album has most likely been forgotten altogether by people not interested in Nebraska music artifacts. The Language was released in 1984.

Freddie Alva writes: “The alchemical and at times surreal sounds makes you think that hardcore kids out in the nation’s heartland in the 80s had tons of downtime to sit around, do lots of drugs, and create twisted sounds that referenced highbrow subjects such as opera/mythology/sorcery all the while staying within the perimeters of hardcore/punk, albeit one that’s definitely unconventional in style and substance.”

Contributor John Wenz wrote about the album in 2011. He says “with Power of the Spoken Word we have one of Lincoln’s pre-eminent hardcore bands, who would never in a million years be considered hardline hardcore in the East Coast sense.”

Tim Kasher also got some attention on Noisey yesterday.

The blog interviewed Kasher for a piece on the nationwide bottleneck in vinyl pressings. On his tour for Adult Film in 2013, Kasher had to tour without the actual record thanks to delays in the process.

He tells Noisey “Increased interest in vinyl is a great thing, but these plants are teaching us the hard way to get our records in the production line way in advance of the release date. I’ve been asked to turn in my upcoming record five and half months prior to release date, and I’m still concerned it won’t reach deadline.”

Read all of “How Independent Are Getting Squeezed Out by the Vinyl Revival” here.

Tonight, Urban Outfitters hosts the April edition of UO x HN’s First Thursday concert series. As always, the show is free, the pizza is free and the beer is free. This month features sets by Better Friend and Super Ghost, art by Deon and nail art by Just Imagine Nails. RSVP here.