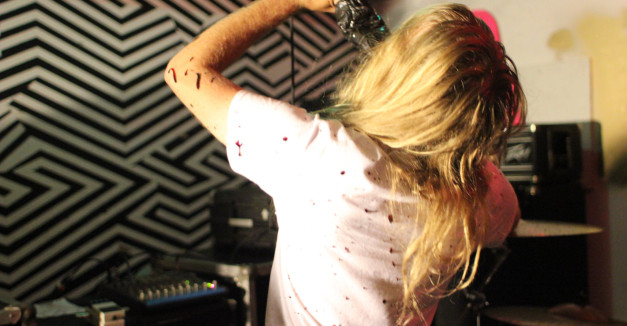 Tonight, Domestica and Dirty Talker, veterans of the Nebraska music scene will perform and release new material at a free show at Lincoln’s Ploughshare brewery.

The announcement of the new records was relatively low-key, but it’s the first new release for either band in three years. For Dirty Talker, Roughed Up is the sophomore follow up to Letters, which dropped in July 2012. As for Domestica, their six-song EP, Domestica 3, comes after April 2012 release Domestica 2.

RSVP to the show here. Roughed Up is available now via Dirty Talker’s Bandcamp page here. Domestica 3 is out on Tremulant Records, and can be purchased here.

Last night, Sweatshop Gallery held a substantial hardcore and experimental billing, with Plack Blague, Violator-X, Ruby Block, Satanic Abortion and CBN performing. Note: Previously scheduled touring acts couldn’t make the show. Our Samuel Bennett got doused with fake blood during the Satanic Abortion set (along with just about everything else) and kept shooting. Here are his photos: 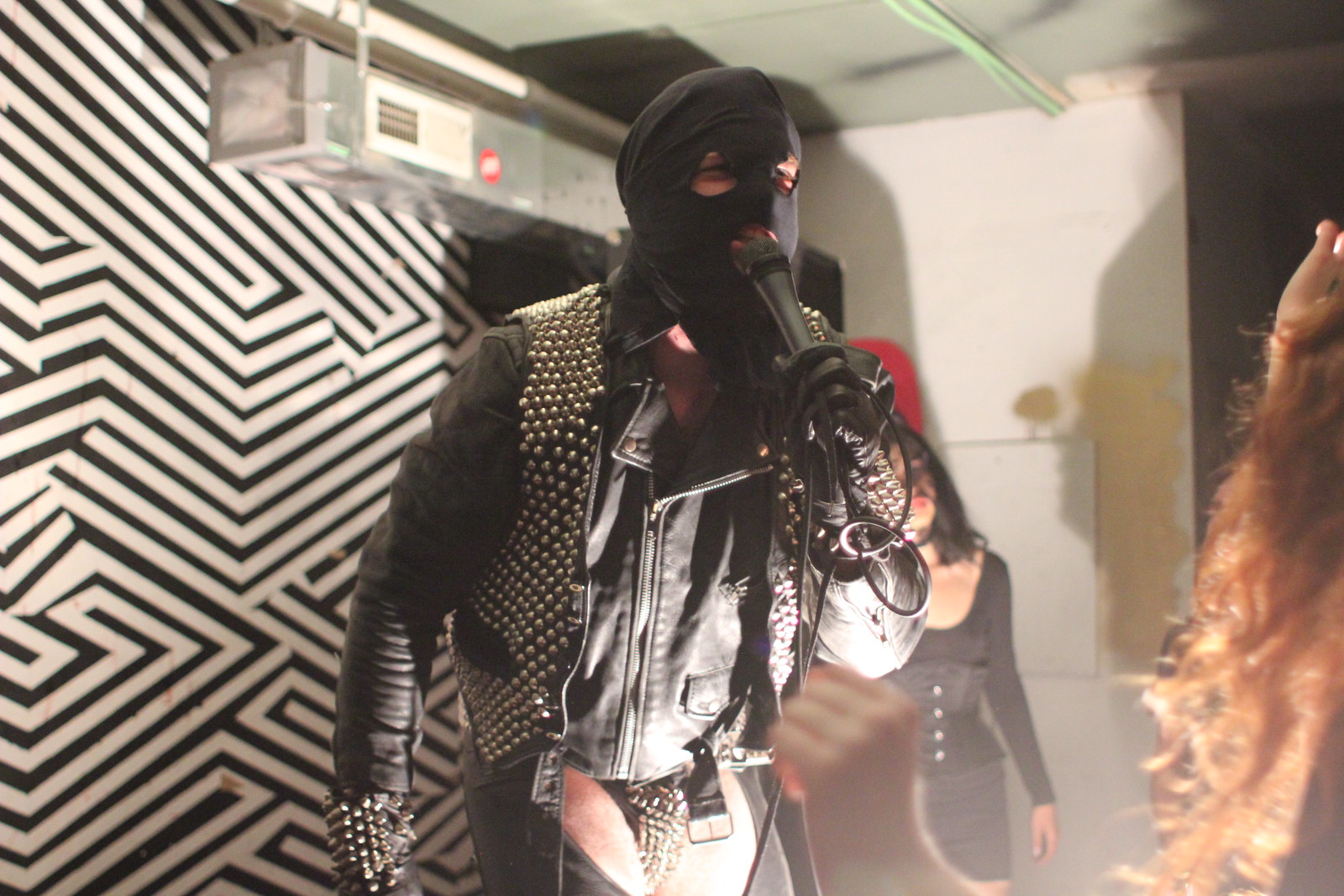 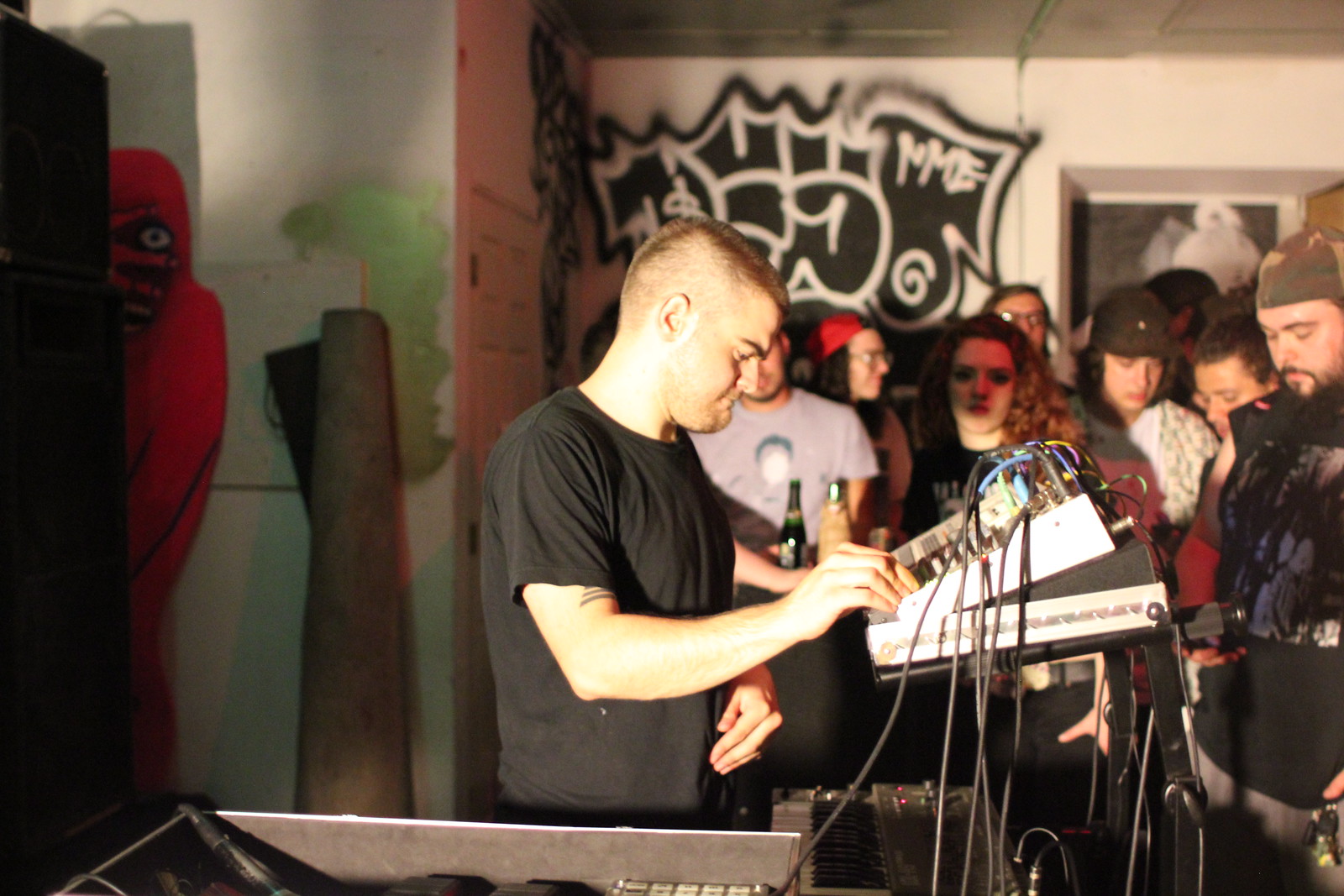 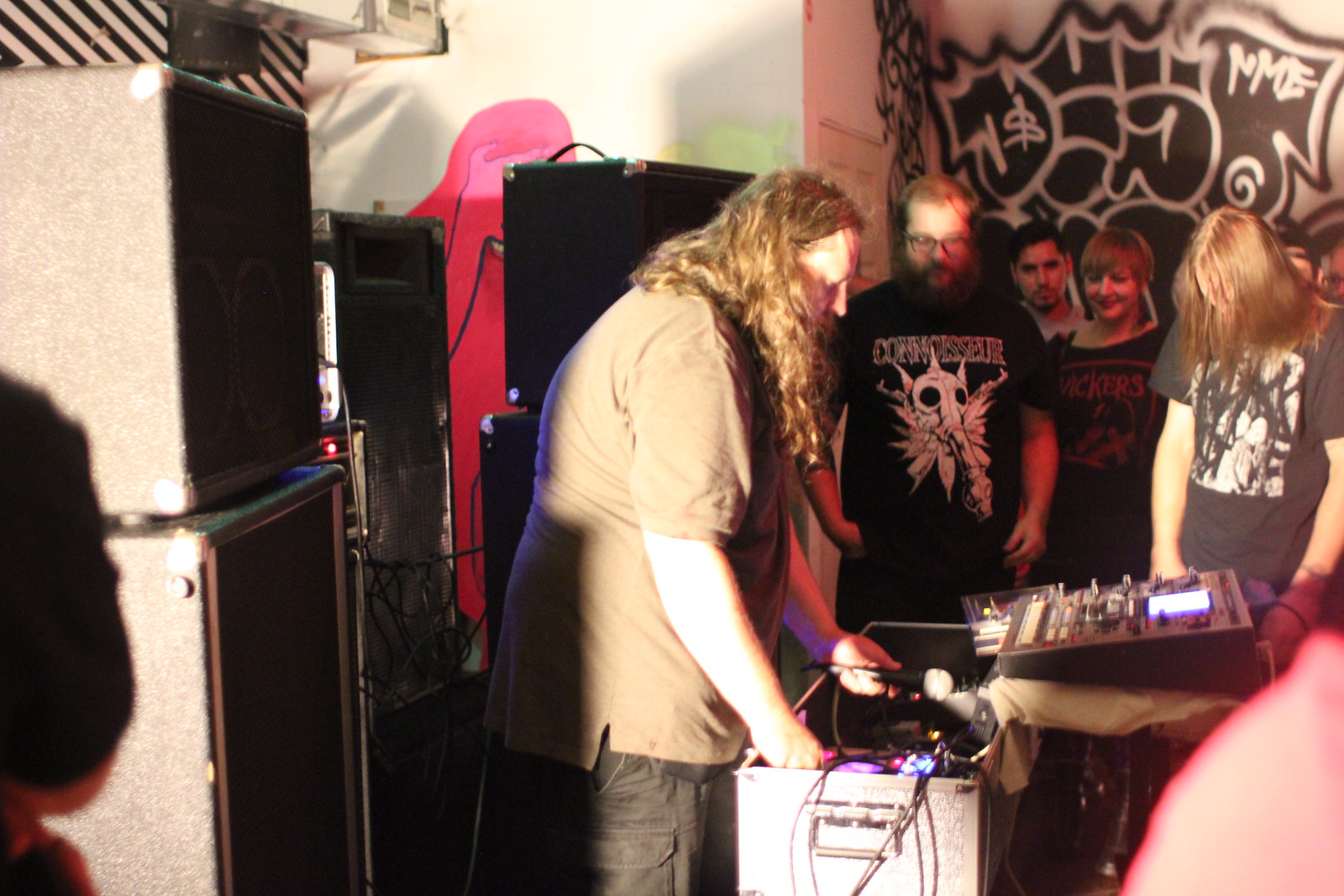 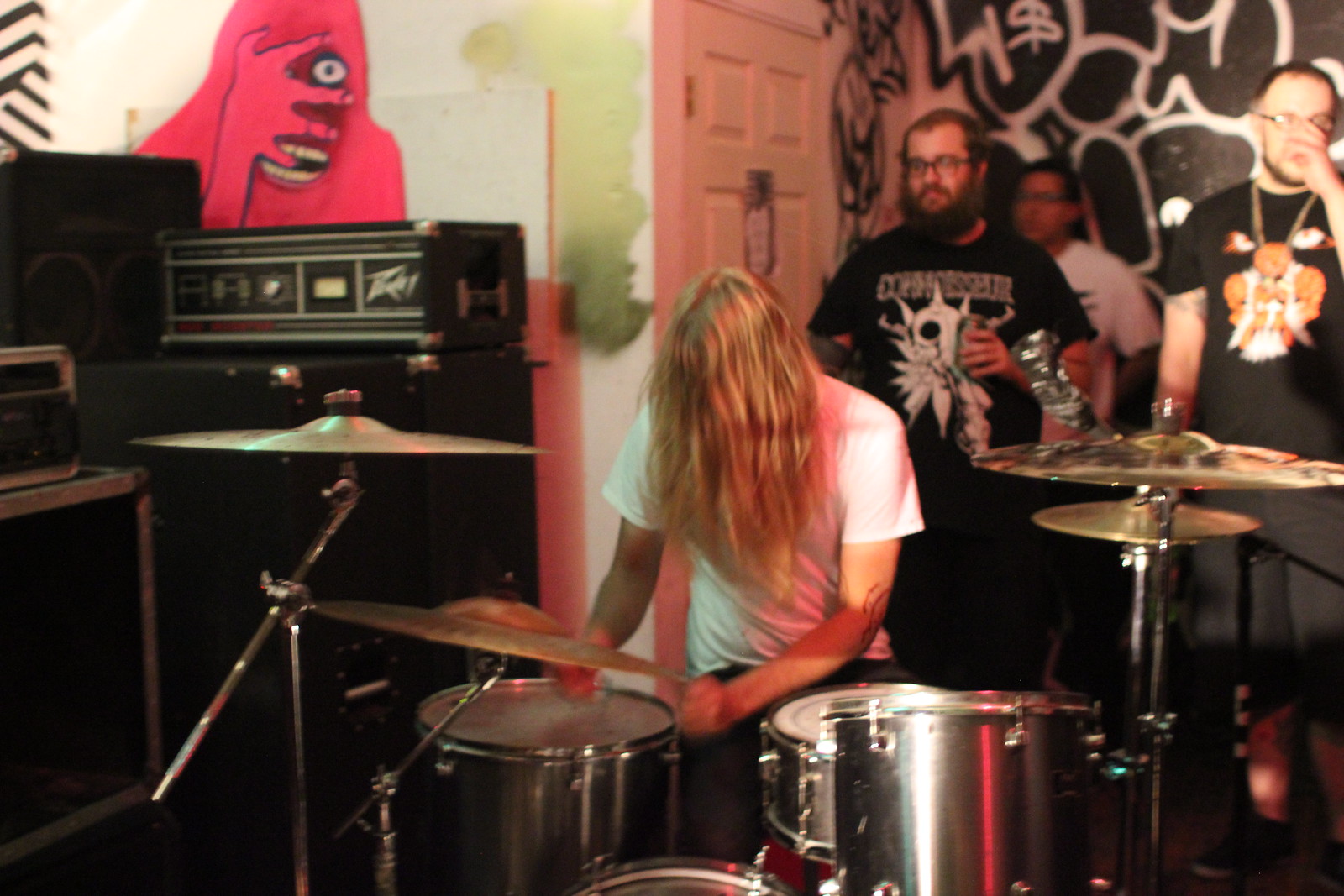 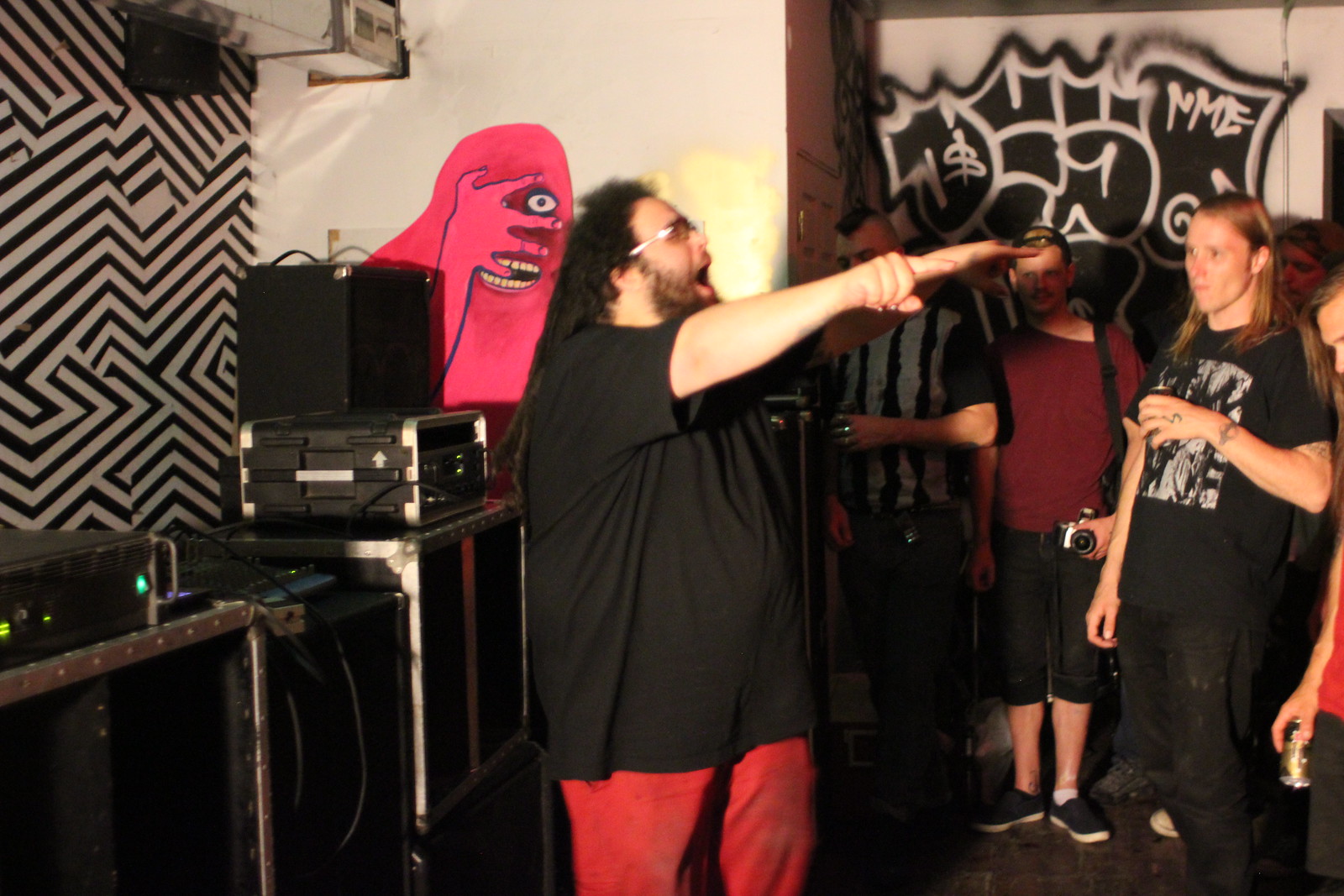 Catching up from Wednesday, HN contributor Andy Lachance was on hand for performances by David Dondero and Chicago’s Al Scorch at O’Leaver’s. Here’s Lachance with a brief review, and an accompanying set of photos.

“Troubadour David Dondero played at O’Leaver’s Wednesday night followed by Chicago singer/songwriter and banjoist Al Scorch. The pair are touring in support of a split 7″ they produced in limited release, which includes performances of “Country Cliche” by Dondero and “Hold on Right” by Scorch.

The prolific Dondero has been justly heralded as one of America’s finest songwriters and the chance to catch such an intimate performance is a reminder of what makes O’Leaver’s so special. Dondero performed “Country Cliche” and what he described as new material — one song written just the week before — stopping and starting a couple songs for technical reasons to get performances to tape. Another exciting addition to the archive of Live at O’Leaver’s. More info at davedondero.com

Al Scorch’s set of dynamic banjo playing and smart lyricism sung from the heart was an apt and fine counterpart to Dondero.” 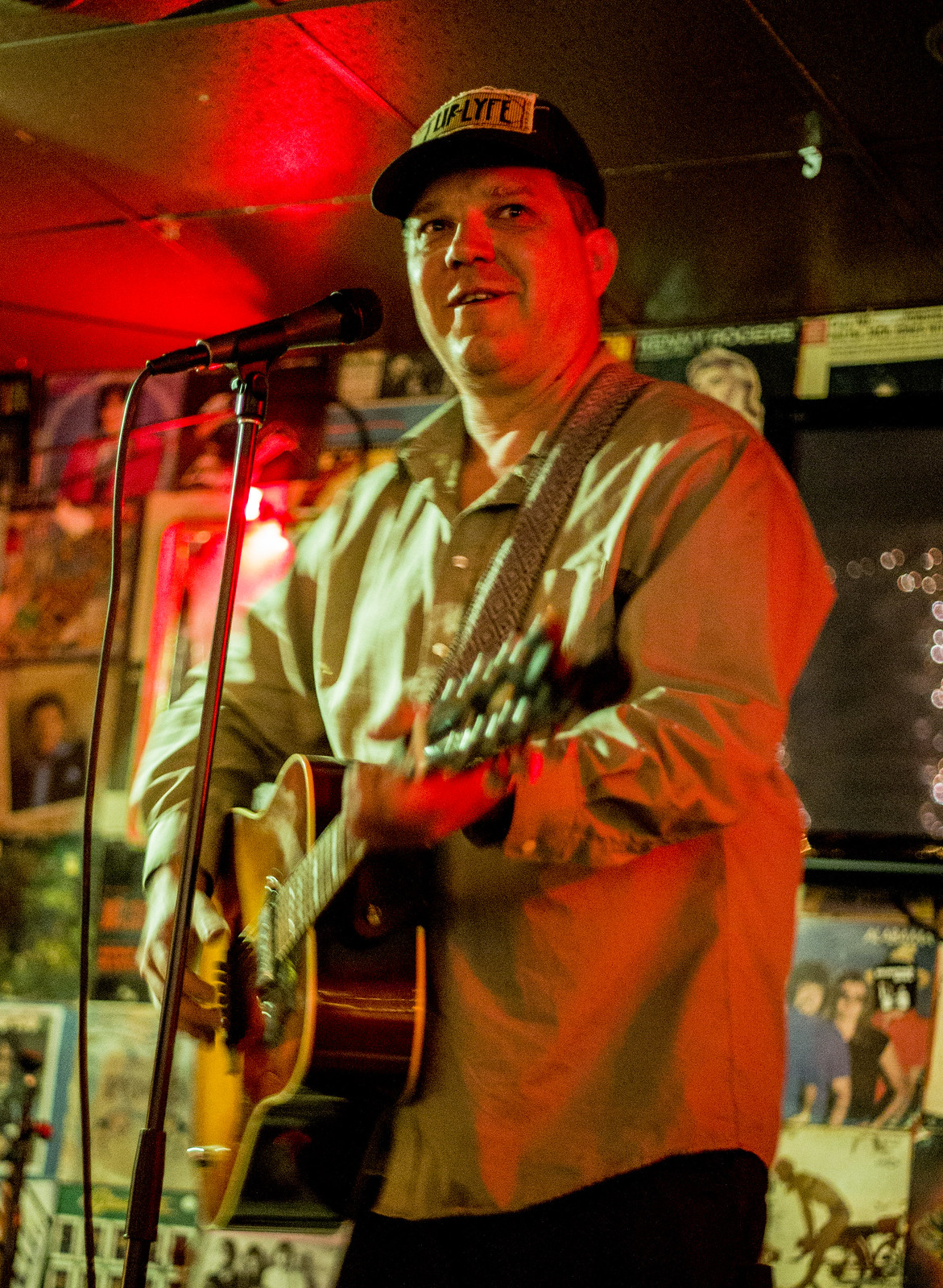 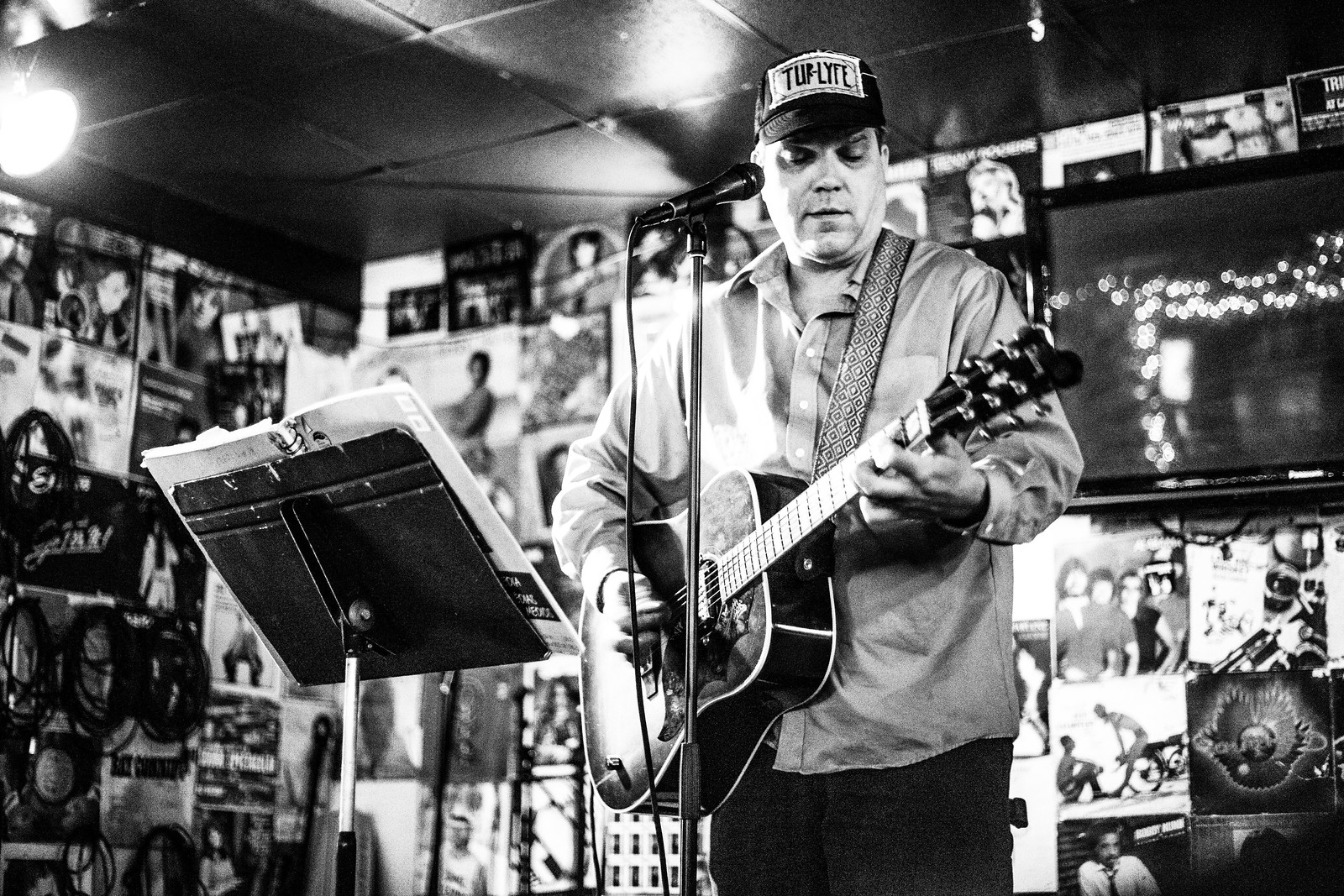 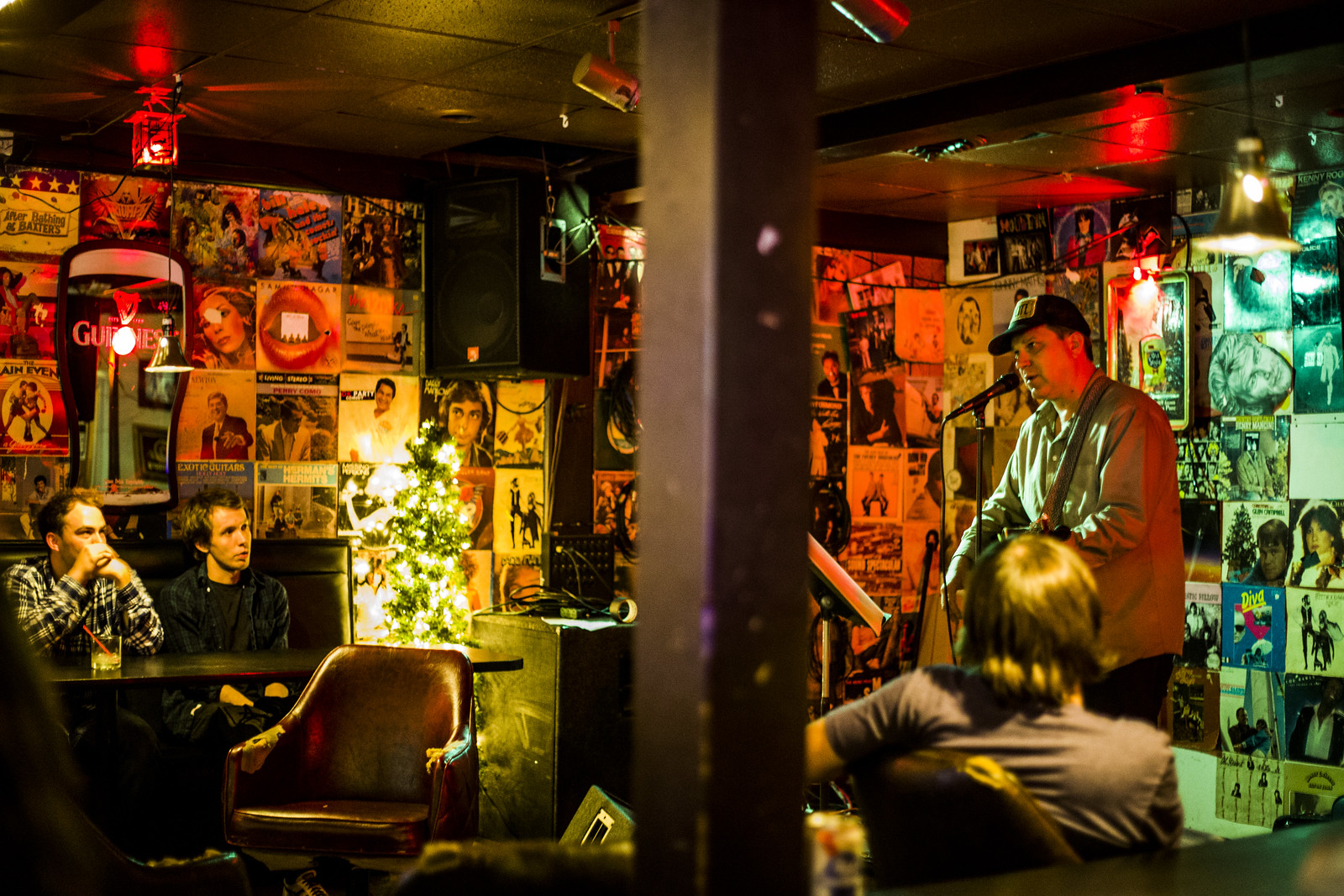 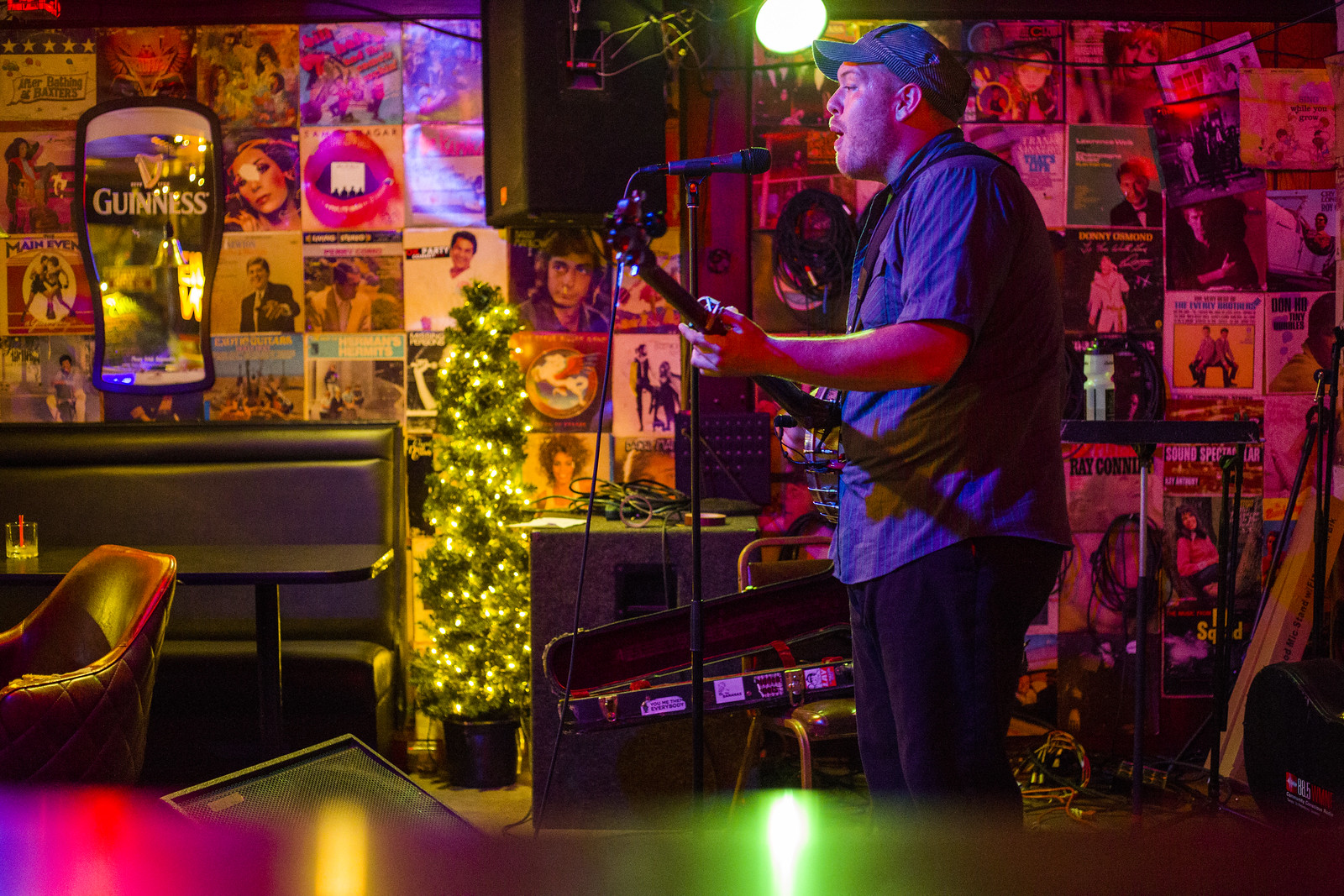 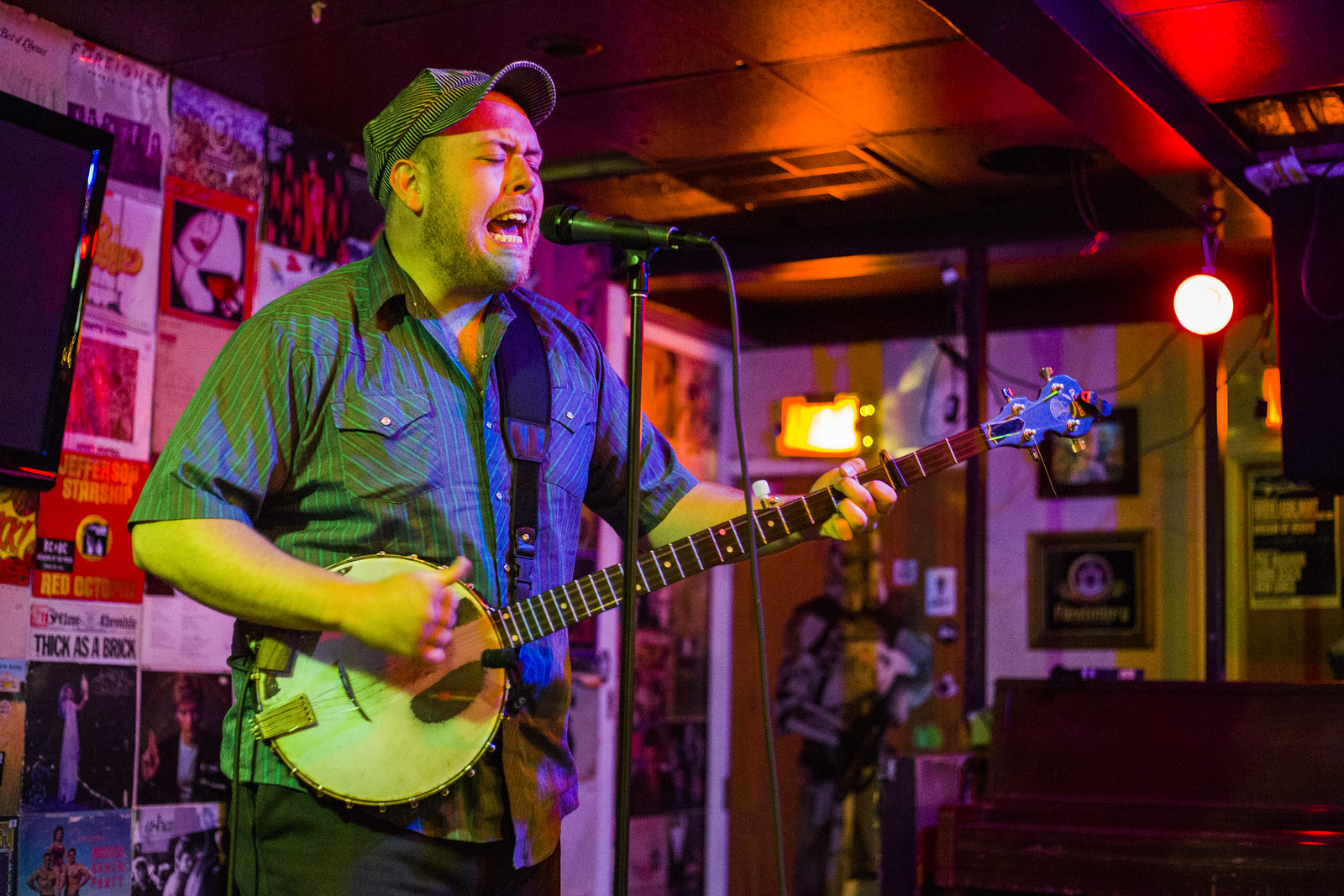 It looks to be a lovely weekend in Nebraska, and if you’re in Lincoln, a beautiful day for live music outdoors.

The Hear Lincoln series continues today at noon at 13th and P with Gordon. Earlier this week, we caught up with frontman Aaron Gordon about his distaste for playing solo and the power of his vocals. Read our Q&A here, and RSVP to Hear Lincoln here. Hear Lincoln is presented by the Lincoln Chamber of Commerce and is sponsored by the Cooper Foundation. Media support comes from Lincoln’s community radio station, KZUM.

Tonight, Chicago’s The Kickback returns to Lincoln to play Duffy’s Tavern with Deerpeople, A Ferocious Jungle Cat and Once A Pawn. RSVP to the free show here. The frequently visiting quartet will finally release their debut LP Sorry All Over The Place this September, though it has long been completed.

Omaha electronic duo Linear Symmetry will release a debut album of their own, Speed Of Life, tonight at The Waiting Room with Trill Ferrell, The Love Land and JMNM. Entry to the all ages show is $8. RSVP here.

Over at O’Leaver’s, Council Bluffs rock band Bloodcow plays with Lincoln’s American Wasted and Omaha’s Mint Wad Wally. Entry is $5. RSVP here. Bloodcow just released new album Crystals and Lasers with the help from their Kickstarter fund. On July 18, the band is hosting an event called “Carnival Greenroom Cruise,” during which fans will ride via bus to three shows throughout the night. Tickets can be purchased here, and include a download of the new album.

For the rest of the weekend slate, visit our events page here. If you do not see your show or one you plan to attend, email us at news@hearnebraska.org, or feel free to add it yourself via the contribute button at the top of our homepage.