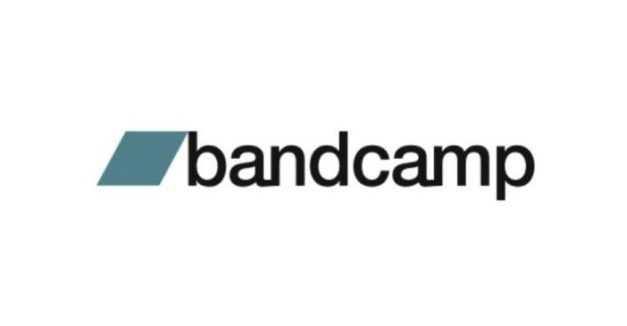 Countless Nebraska bands use Bandcamp to sell music online. Today, the website is putting civil rights in the hands of music fans.

The digital music retailer has announced it will donate its share of today’s music sales to the American Civil Liberties Union and Nebraska bands plan to pitch in their shares as well. More than 400 record labels and bands will also donate their revenue, according to the statement.

Once A Pawn was among bands that have announced they will be donating its sales to the ACLU. The Lincoln pop punk trio was featured on the ACLU Nebraska Facebook page for their upcoming contribution. It is joined by several Nebraska acts who have posted publicly about donating their portion of album proceeds, including Cursive, Tim Kasher, Uh Oh, This Machine Kills Vibes, Wolf Dealer, Talking Mountain, Feel Tight and The Hanyaks

“Bandcamp came up with this great way to help people who need help, and we’re excited to be a tiny part of that and to stick together with people all over the world who feel the same way,” says Uh Oh frontman Joe Champion.

Saddle Creek Records and Team Love — the label founded by Conor Oberst and Nate Krenkel and which has released records by Nebraska acts like Simon Joyner, Tilly and the Wall and High Up — have also publicly announced they will donate their portion of Bandcamp sales to the political non-profit.

Bandcamp founder Ethan Diamond explained via Bandcamp’s website that the company’s contributions are to show solidarity with immigrants and refugees.

“Most everyone you speak to in this country has a similar story to tell, because we are, in fact, a nation of immigrants, bound together by a shared belief in justice, equality, and the freedom to pursue a better life,” Diamond wrote.

With Bandcamp directing revenue to the ACLU, some bands are using the charitable occasion to donate theirs to other causes. The Crayons, a now-defunct but beloved Lincoln sludge rock band, will donate any sales from their site to the National Center for Transgender Equality.

The ACLU has raised approximately $24 million in online donations since President Donald Trump’s executive order barring immigration from seven predominantly-Muslim countries, according to the Washington Post. The figure is more than six times the organization’s yearly average, and doesn’t include donations to the ACLU since, or record-breaking donations to other organizations like the National Immigration Law Center and the American Immigration Council.

Bands with Bandcamp sites, or that are donating sales today, can leave their info and website in the comments.

A new festival featuring diverse local acts emerged at Stinson Park last year, and its organizers are aiming at bigger things in 2017.

New Generation Music Festival will return for a second year, announcing the one-day event for Saturday, Sept 16 presented by FreeCool. While a lineup has yet to emerge, festival organizers Marcey Yates and Mark Patrick say they are aiming for bigger acts, with “some tricks up the sleeve.”

Dylan Bloom Band’s new album opens with a statement that the population of an unnamed town holds 1213 residents who all have the same outlook on life: return to the town you are from. Whether this refers to the actual town of North Bend, Nebraska where the Dylan Bloom Band is from, remains unknown throughout the song, though the album’s cover art may say the answer is “yes.”

“Where anyone would lend the shirt off their backs,” lead singer Dylan Bloom croons 30-seconds into “Population 1213”, the title of both the album and first track. Bloom pulls the listener in through his twangy country-rock, creating a picture-perfect description of a quaint small town where the community comes first.

Population 1213, which dropped November 2016 and was recorded with Matty Sanders at Fuse Studios, follows the same image-painting musicality of the heartland as the band’s 2012 debut Strong In a Small Town. The album’s first single, “Fall Time” was released in 2014 offering an upbeat helping of nostalgia for those who remember their first high school crush. Josh Kidney’s electric guitar is powerful throughout the song, short bursting solos throughout catching the listener’s attention.

Population 1213 is an album that is likely to evoke memories of driving through small towns that many Nebraskans have experienced at least once in their lifetime. The ten tracks are heartfelt, high-energy and reminiscent of simple times. “Not This Time” is slower with Bloom’s voice bellowing that he has earned “battle scars along the way.” His southern accent is light, adding character to each song the same way one may drizzle honey on top of cornbread.

The album would be ideal if driving through the countryside and small towns across Nebraska. If you are looking for an album that is lyrically light  and something easy to sing along to, Population 1213 holds just that. The underlying theme of small towns runs subtly throughout each song, but no two songs are too similar. Some offer more structured rock, while others take a more country twist. It is truly worth the years the Dylan Bloom Band put into it

Philadelphia trio Cayetana is also a common sight on the indie rock touring circuit. The band is also label mates with Omaha’s See Through Dresses, having released its debut album Nervous Like Me on North Carolina punk label Tiny Engines.

Find a fuller listing of this weekend’s shows at our statewide calendar here. If you do not see your show or one you plan to attend, add it in the comments or email us at news@hearnebraska.org.