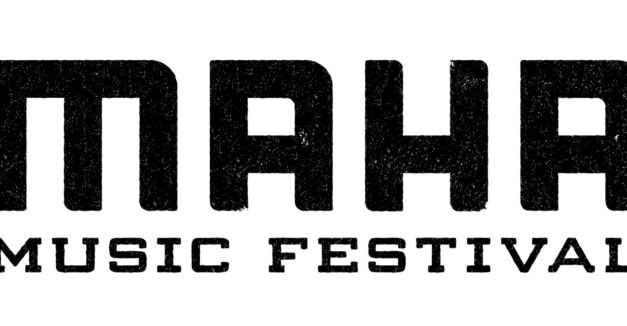 One of the ways Maha Music Festival maintains its community connections is through its Community Village, populated by nonprofits and progressive social organizations. On Aug. 20, they will all work together to champion one cause.

“Following a sold-out festival in 2015, we realized that our captive audience presented a unique opportunity to share an impactful message with thousands of engaged, influential individuals who care about their community,” says Maha executive director Lauren Schomburg.

In past years, each Community Village participant — Hear Nebraska included — has been challenged to create an interactive display that engages festivalgoers in their respective missions. This year they’ll band together in an effort to change the statistics and decrease the stigma surrounding mental illness.

“Suicide is the second leading cause of death for the 18-34 age demographic — who represent 64% of Maha attendees,” says Julia Hebenstreit, executive director of The Kim Foundation, whose mission is improving lives through mental health and suicide prevention.

“Maha provides a powerful opportunity to reach these individuals with an important message.”

The Kim Foundation is one of 21 that will participate in this year’s Community Village. Its range of activities includes stations at which attendees can create stress balls and cosmic calming jars, materials to brand one’s own festival t-shirt and button, giant yard games, temporary tattoos, music therapy, karaoke, knitting looms and more.

“We are using our microphone to raise awareness for a cause affecting our community and all too often swept under the rug,” says Maha board member Leslie Spethman.

See the complete list of Community Village participants below:

The inaugural New Generation Music Festival happened over the weekend on two stages in Omaha’s Stinson Park. More than 20 local and regional artists in a mix of genres performed throughout the event, which also featured local food vendors and businesses.
First-time HN contributor Jimmy Conover was there all day capturing the event. See some of his photos below:

Omaha’s All Young Girls Are Machine Guns toured through Colorado last month, hooking up with Nebraska-native singer/songwriter Danielle Ate The Sandwich (Danielle Anderson) for a few shows and a music video.

Anderson shared “Long Haul” yesterday, which will appear on her forthcoming album The Terrible Dinner Guest. All Young Girls starts in on a slow-dance number, with Danielle stepping into the picture as the first charming verse begins.

Plan your week in shows with our statewide calendar here. If you do not see your show or one you plan to attend, email news@hearnebraska.org or add it yourself using the contribute feature here. Use the same email address for all news tips, story ideas and song submissions.