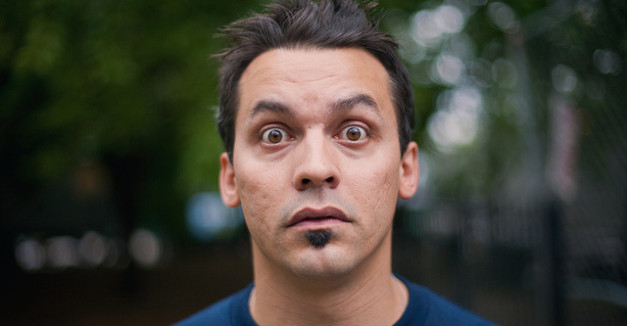 In less than a month, Hear Nebraska’s coverage team will head to Austin for SXSW, an annual tradition for our organization. 2015 will be our fifth time traveling to the festival. Our first order of business each year is covering all the participating Nebraska acts.

Here’s who we know of so far:

Just like “You Got Under My Skin” before it, “Nostalgia Blues” finds Joyner’s talky quiver surrounded by rich acoustic instrumentation. That falls in line with the sonic impression we got when we sat in on a few hours of the sessions of ARC studios this past summer.

“Nostalgia Blues” is a seven-minute yarn in the tradition of many winding Joyner favorites, such as “Vertigo,” “The Cowardly Traveler Pays His Toll” and “Out Into The Snow.” Be sure you stick around for the entrance of an unexpected electric guitar lick in the final two minutes of the song.

By the way, Consequence of Sound still reports the album as coming out March 17. Joyner told us via email this week that’s been pushed back to March 31.

The seven stops are with Reptar, the Athens-based band, led by now-Omahan Graham Ulicny. Ulicny has also played in Icky Blossoms for approximately half a year. You can see him in this video, for instance, pecking out a few great keyboard lines and playing a crash test dummy head.

We already knew the band was heading down to SXSW, but they also announced a “send-off” show for Friday, March 13 at Slowdown. Telepathy Problems and Rogue Moon will open. RSVP here.

Masks will come out May 12 on Saddle Creek Records.

One Percent Productions announced a few notable shows this week.

After selling out The Bourbon last June, the Minneapolis hip-hop act Atmosphere will return to Nebraska for a May 16 show at Slowdown. Formed in 1989, the duo of emcee Slug and producer Ant were pioneering members of the Rhymesayers hip-hop label. Atmosphere released its eighth full-length, Southsiders, last year.

Tickets are $25 and go on sale Friday.

On June 2, Arcade Fire member Will Butler comes to Slowdown as a solo artist. The younger brother of singer Win Butler, Will’s musicianship (on keys, bass, guitar and percussion) has been central to Arcade Fire’s smashing success the last ten years.

Will also received an Oscar nomination in 2014 for his work on Her’s original score. His first solo LP is due out in March on Merge Records. There’s two songs out so far, and they sound drastically different: one like a punkier, drier Arcade Fire and one like a plucky, robotic Bowie. The second is quite fun and probably more interesting.