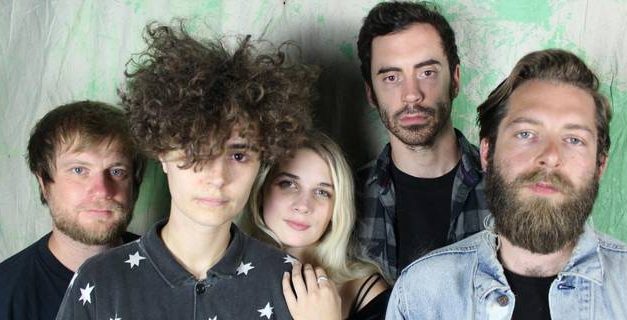 Norfolk musician Don Peterson, member of the Nebraska Music Hall of Fame band The Smoke Ring, collapsed on stage at a Columbus show Saturday. He passed away later that day, reports the Omaha World Herald.

Peterson and the band were playing to a crowd of thousands for Columbus Days when, according to fellow band member Mike Semrad, the bassist/vocalist suffered an apparent heart attack. Semrad called for help and several medical personnel provided care while waiting for an ambulance to arrive.Peterson was taken to Columbus Community Hospital around 9:30 p.m., and passed away later that evening according to the Columbus Telegram.

The band continued to play on, band member Jim Casey noting that it’s what Peterson would have wanted.

“Don was doing what he loved … playing music, under the stars, with his very best friends,” Casey wrote Sunday morning on his Facebook page. “Life without Don Petersen will be harder.”

Peterson joined The Smoke Ring in 1994, and a year later the band was inducted into the Nebraska Music Hall of Fame. The band has since been included in the Iowa Rock ‘N’ Roll Music Association Hall of Fame.

Our condolences go out to Peterson’s family, friends and bandmates. Share your memories with us via news@hearnebraska.org.

Portland, Oregon, five-piece lo-fi pop band Tender Age have been at it for roughly three years, throughout that time crafting sweet, digestible melodies and the proceeding to pull them apart. Its most recent effort, March 2016 EP Disappear Here, burns slowly at times (opening track “Lowers” and “Dream Lover”) while descending into chaos at others (“NO”).

Sara Bertuldo: How did your band form?

SB: What was the first show you played?

TA: We played at Kenton Club and they were filming Portlandia next door. Juliette Lewis, Carrie Brownstein and Fred Armisen were there and they got up and left as soon as we started playing.

SB: What do you listen to in the van?

SB: Where is the best coffee?

SB: Who’s your favorite band from your hometown?

TA: Playing favorites is BS but we love WL here’s a link to their new video.

SB: What’s next after this tour?

TA: Sleep and poverty. Maybe we’ll get on Johnny Carson.

Tomorrow night’s show starts at 9 p.m. and is all-ages. Tickets are $7. RSVP here.

“I Need A Man” is laid-back and summery, like Owens’ debut single “Sleep Easy.” But this track finds the Brooklyn-based songwriter frustrated with the current state of American social justice. Here’s what he told Stereogum in the premiere:

“Amidst the routine chaos of global tragedy, things at home were crumbling. My home state [of North Carolina] was falling back into the dark ages, sexual abuse was (and is) everywhere… the music industry, my NYC community, everywhere. And the police were getting away with murdering young black men across the country — on video. So with all of that going on and “Melody Nelson” in my head, I latched onto Gainsbourg the provocateur and made my voice a twisted version of his story. I imagined part of me was Melody, the naive teenager in Serge’s strange story of love and innocence lost. ‘I need a man I can trust.‘ It’s more of a conversation starter … is there such a thing? My hope is that people in my community and abroad will start to look out for each other more, and take more action in preventing abuse and violence.”

Sam Evian’s debut album Premium is out Sept. 30 on Saddle Creek Records. Pre-order here. Listen to “I Need A Man” below:

Congratulations to Maritza Castro, who yesterday won a pair of tickets to Lincoln Calling Music Festival.

Last week, the downtown Lincoln festival announced the full day and venue schedules for its Oct 6-8 run. More than 120 people shared the lineup and were entered to win tickets.

Check out the full lineup here, and purchase tickets here.

Tonight, The Ataris return to Lookout Lounge, 320 S 72nd St. The longtime indie/alt-rock band is in the midst of a vast nationwide tour, supporting its brand new EP October in this Railroad Earth, which dropped in June. The Beat Seekers and Alpha 5 open the show. Tickets are now $15. RSVP here.

Also tonight, Australia surf rock duo Hockey Dad plays the Slowdown front room with Athens, Ga., noise punk band Muuy Biien and Omaha’s Fun Runner. The show is part of Hockey Dad’s first ever American tour, on the heels of its summery debut full-length Boronia (out now on Kanine Records). Check out the video for “Can’t Have Them” below. Tickets are $12, RSVP here.

Plan your week in concerts with our statewide calendar here. Send all news tips, story ideas and HN Radio song submissions to news@hearnebraska.org.