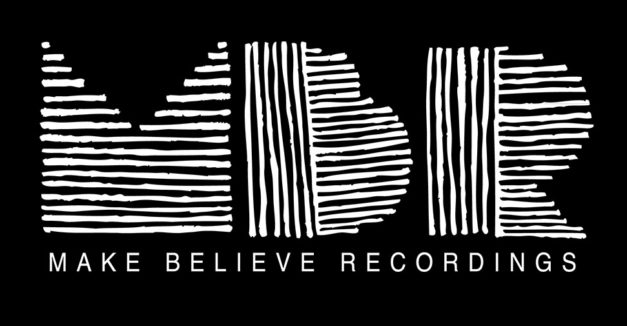 Make Believe Recordings’ new facelift has apparently helped put it on the map.

Online professional audio/music production publication Mix named the recently revamped Omaha studio among its “Class of 2016.” The 19-member list recognizes some of North America’s finest in studio design, including professionally crafted spaces from California to Mexico City to Ontario, Canada.

As the article notes, the 3,800-square-foot-facility — which has played host to Grammy winning jazz artist Terrace Martin and a host of great Omaha acts — lives for live, full-band recording. For the technically-minded, here’s what Mix had to say about Make Believe’s redesign:

“Situated in central Omaha, the Make Believe complex features three control rooms, two tracking spaces and a private outside garden with an outdoor theater. Studio B is Make Believe’s main tracking studio, with its 750-square-foot room and a booth with wood diffusers from pArt Science. The 465-square-foot Control Room B has a multilayer rear-wall low-frequency trapping system, and its featured equipment includes an API Legacy console and monitors from Yamaha, ProAc and Augspurger. Control Room B and the mirror-imaged Studios C and D (production suites) offer access to a shared booth when needed.”

TedxLincoln is gearing up for its September event, and with the arts in mind, is looking to include performers of all kinds in its idea-sharing summit.

Applications are now open for up to four performance slots at the organization’s annual conference. It seeks artists, musicians, dancers and other unique performers — as well as a house band — to grace the University of Nebraska-Lincoln’s Kimbal Hall. According to the event website, cross-disciplinary pieces are preferred.

“…think painting onstage to a band playing an original composition, or dancing to a poet reciting their own work,” the website reads.

TedxLincoln was created, according to its website, “in the spirit of TED’s mission: ideas worth spreading.” Speakers give talks on ideas, research and practice of science and culture. The Lincoln branch is a nonprofit with license approval from the international TEDx organization, focusing on the same mission in Nebraska and the Midwest.

Performance applications are due by June 15. Find it here

Step 1: Get the feeling

Over the first listen, just take a moment to get acquainted with the sounds and see where they take you. Devil Within begins with a build; Adam Houghtelling’s acoustic guitar leads the way, and is quickly joined by George Prescott’s bright and steady banjo picking, Ben Baker’s low down and solid bassline, a cello, beautifully plucked by David Downing, and the rhythm from drummer Ethan Sacco. By the time Kristen Taylor and Houghtelling’s vocals come in, you can already see yourself floating down a slow river, or looking out over a porch through a glass of lemonade.

Step 2: Get the meaning

One of my favorite things about this band is the storytelling. Houghtelling has an amazing way of putting himself in the shoes of well-developed characters, telling everything from their perspective. In Devil Within, he leads with “I was living in a compound, joined a cult for free. As they was laying their laws down, I said this just ain’t for me.” Even in hearing that one line, the listener has learned a lot about the character, and is left with so much to speculate on and anticipate. It’s an amazing song and story, and I’m not going to ruin it like a Monday morning Walking Dead Facebook commenter.

Now that you’ve done all the real work, you can take the third listen to just enjoy this work in its entirety. High production quality has these tracks perfectly balanced, and the members of Ragged Company complement each other wonderfully. Every sound has its place, and it all fits together so well.

Now that you’ve got Devil Within properly heard, on to the next. This album is full of great songs. Get to work.

Ragged Company celebrates Brave Mountain Spirit, out May 31, tonight at Harney Street Tavern with Ed and the Bedrock. RSVP here.

The Minor Third is back in the Midwest and it’s starting to feel a lot like summer. Cool off at night with a weekend shows. See a fuller listing at our statewide calendar here. If you do not see your show or one you plan to attend, leave it in comments or add it yourself via our Contribute page here.

Thundersandwich with Dirty Talker, Bogusman at Zoo Bar – The Lincoln prog rock band has been on somewhat of a hiatus from the live stage for more than a year. They return tonight with a heaping plate of new music. HN debuted Thundersandwich’s debut LP When Hunger Strikes on Tuesday, and it’s available for exclusive streaming here, along with a quick review. The album releases tonight, and Dirty Talker and Bogusman are there to support. The album will be available in limited-run colored vinyl (of which there are 300 copies) and the first keg is on G&G Smokeshop. RSVP here.

Forever Endeavor with Sleep Signals (MN), MurderHouse, Projekt Luna at The Waiting Room – Omaha-based alt/hard rock band Forever Endeavor releases a new album Elevate tonight, during a concert which celebrates the culmination of almost a year of work. It combines elements of modern hard rock with electronic sampling, in the vein of RED, Skillet, Breaking Benjamin and Safetysuit. Omaha bands MurderHouse and Projekt Luna join the bill, as does Minneapolis five-piece Sleep Signals. See the video for the album’s first single, “Leaves of The Season,” here. RSVP to the show here.

Christopher the Conquered with Rothsteen, Fun Runner at O’Leaver’s – The eccentric, spirited Des Moines singer/songwriter is making a regional run of his album’s release, playing two nights in Nebraska this weekend. I’m Giving Up On Rock & Roll (out on Maximum Ames Records) has received a small gush of national attention after songwriter/producer Ryan Adams got his hands on an early copy last year, tweeting his praises. The ensuing “bump” led to features in Consequence of Sound and Noisey and a spike in pre-orders.

All of this is to say that people outside the Midwest are getting a taste of what we know well. After making Omaha his second home over the last few years (and Lincoln a regular stop as well, both solo and as half of pop performance project Gloom Balloon), Chris Ford has Germany and Italy twice in two years and turned in a strong showing at this year’s SXSW. Album in hand, he plays O’Leaver’s tonight with Rothsteen and Fun Runner, and heads to Vega Saturday to play with Bien Fang and blét. RSVP to tonight’s show here, and tomorrow’s here.

Saturn Moth, Briner, Hussies at The Down Under Lounge – Catch a trio of Omaha-based rock bands for free tomorrow night. Show is at 9 p.m. RSVP here.

Satchel Grande with CJ Mills at The Waiting Room – Get funky with Omaha veterans Satchel Grande, for whom it is always somewhat of an event, and soul singer/songwriter CJ Mills. RSVP to the 9 p.m., $8 show here.

Have news tip or story idea? Heading out on tour or have new music in the works? Email us at news@hearnebraska.org. And let us know where you’re attending this weekend via Twitter/Instagram using @hearnebraska.