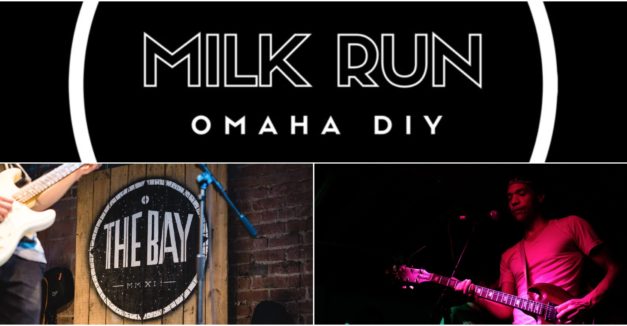 One of Omaha’s most active DIY spaces is moving into one of the city’s most beloved.

Milk Run has found its new home in the basement of Midtown Art Supply, 2578 Harney St. It will re-open Friday, March 31 after a month-long hiatus, and will remain its own entity.

Co-manager Kelly Langin says the team had narrowed the field to two locations and decided on the MAS after two weeks of tough deliberations. Ultimately, she says, working with building owner Brian Tait, who has booked in that space for years, was a better fit.

“We’re a DIY music space that operates on all genre levels, [so] it’s beneficial to rent from someone in the scene who … understands how weird and wild shows get,” Langin said.

During the past couple weeks, it appeared the MAS basement would serve as a dedicated all-ages venue regardless. A few shows popped up at a place called “The Gut,” which Tait confirmed was that same space. Langin points to its history of semi-regular shows as another reason to move in.

“It’s so cool to get to have a hand in reviving that,” Langin said.

Tait expressed positivity at the way it worked out.

“I feel like I’ve put the right pieces in play to ensure [its] longevity, as well as an opportunity for a base to grow,” Tait told HN. “I like what the Milk kids do and have no interest in deterring their agendas.”

Ask someone outside of the region about the cultural makeup of Nebraska, and the answers may vary from football to Saddle Creek. All well and good, but Nebraska’s burgeoning creative DIY community is also getting due credit on a national level.

Launched in January, the series focuses on creative communities in different states each month. In addition to the Cornhusker State, the March edition also includes Arizona, Mississippi, Maine and Virginia. Learn more here.

Though all relatively nascent spaces and events — established in 2011, The Bay is the longest-standing — all five have made immediate impacts to their respective cities. The articles, though written by national Vice reporters, treat each subject fairly for the most part, even as a couple mention “surprise” at finding something like OZF in Nebraska. What’s nice about them (and the series as a whole) is their recognition of hard-working artists and creatives that have established and maintained these projects and, in doing so, are changing our state’s cultural profile. Our kudos.

Read the articles linked below:

Just a week after releasing its fifth full-length album More Like It in November 2016, Omaha folk duo McCarthy Trenching stopped by Futureappletree Studio in Rock Island, Illinois to record a few live takes.

The resulting Daytrotter session is featured in the series’ most recent releases. Dan McCarthy and James Maakestad played a handful of songs from that album. Listen here.

Though the duo has been relatively quiet as of late, it will perform May 6 at the Holland Center’s 1200 Club with High Up. RSVP here. 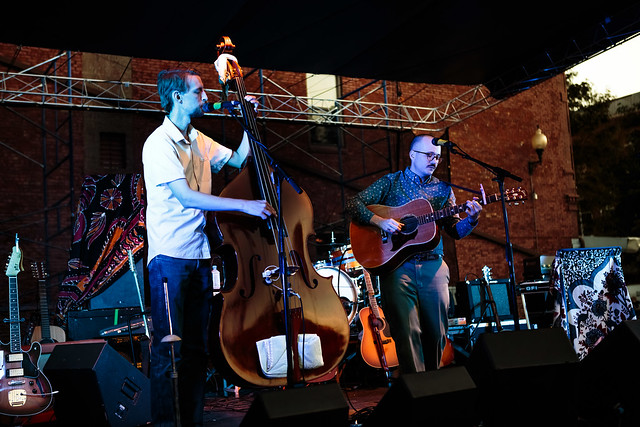 Find out what’s going on tonight via our statewide calendar here. If you do not see your show or one you plan to attend, email us at news@hearnebraska.org, leave it in the comments or add it yourself via the contribute feature here.