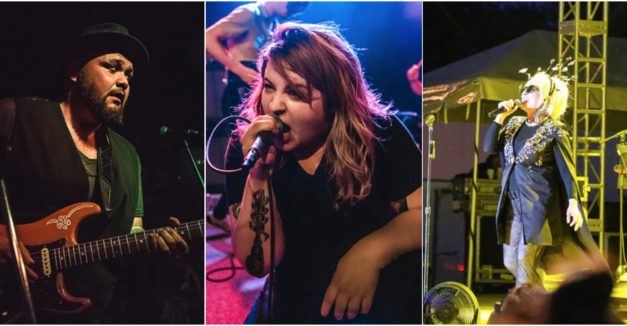 On August 5, the third annual In the Market for Blues Festival will take over eight Old Market venues, including Harney Street Tavern, T-Henery’s Pub and The Hive. After announcing its most ambitious lineup yet, adding five new venues and doubling the number of acts from the 2016 event, the festival recently released its full schedule, which you can see below.

The festival brings blues artists from around Nebraska and the Midwest to downtown Omaha for a full day of music. Lineup highlights include locals like the Hector Anchondo Band and touring bands The Coyote Bill Boogie Band from Kansas City and the Scott Holt Band from Nashville. Full access to all venues can be purchased for $10, and food trucks will be scattered throughout the Old Market too.

Better Friend is back.

The Lincoln post-hardcore five-piece has been relatively quiet since its 2016 summer tour and the 2015 release of their second EP, Safe House, which packed bangers like “Someday We’ll Laugh About This” on the same record as the one-minute acoustic cut “Denton Round 2.”

This week, Better Friend announced via its Facebook page an Aug. 25 album release show at 1867 Bar for their new record Just Turn Green. Soon after, the band posted a Bandcamp link to the album’s lead single, “Thumbs for a Reason,” which has been part of Better Friend’s live rotation for some time but is now seeing its official release. Check out the track below, and RSVP to the release show with The Ambulanters and Oketo here.

Scott Severin is an interesting cat. Some of his stories, often told from the pulpit of the stage, are perplexing, if not downright unbelievable. Take his anecdote about teaching Joe Strummer the infield fly rule (I know, right?) at the beginning of his recent music video. His tone suggests embellishment, but the details and the near-disbelief in his voice tip us off to the potential truth.

The Lincoln songwriter writes in much the same way, most recently for “When You Go.” Seated in the shadow of an old Lincoln industrial building, he plays the amicable-breakup song nimbly, taking care to accentuate specific notes and phrases. His facial features and low drawl emphasize every syllable, allowing the details of the story to set in.

Severin is apparently armed with a new batch of material, as the track will appear on his forthcoming third LP The Witches of Council Bluffs, which he says is tentatively scheduled for next spring. He also has a string of shows coming up, starting tonight at The Down Under Lounge’s “L-Town Invasion” series (which he curates) with Root Marm Chicken Farm Jug Band and Kerry Eddy (RSVP here).

Below, watch “When You Go” (directed by Jack Hotel’s Günter Voelker):

In March, Omaha indie rock band Lodgings dropped its second release with the introspective six-song EP, Daisies, which tested harmonica and mellotron to create sweeping but delicate soundscapes behind Bryce Hotz’s lyrics searching for a peace of mind.

Four months after Daisies’ release, the band pressed the EP on vinyl. The LP is available on Lodgings’ Bandcamp and at Almost Music, or grab a copy at an upcoming show. The band plays at O’Leavers on Aug. 27 with Rusty Lords and at Pageturners Lounge on Aug. 30 with Wrong Pets. Check out the Daisies track “Big Ol’ Jerk” below.

A stacked co-headlining tour with Blondie and Garbage stopped at Stir Cove last night where the two bands played hits like “Call Me” and “Only Happy When It Rains.” Debbie Harry and company are touring off the strength of their eleventh studio album, Pollinator, in May, and the Shirley Manson-fronted band dropped their sixth full-length last year with Strange Little Birds. HN multimedia intern Marti Vaughan caught the show, and you can see her photos below. 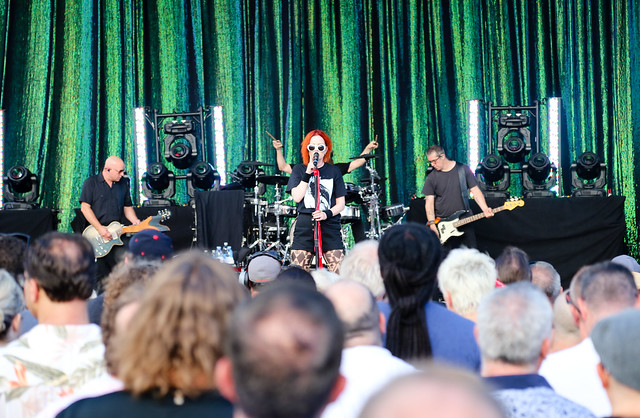 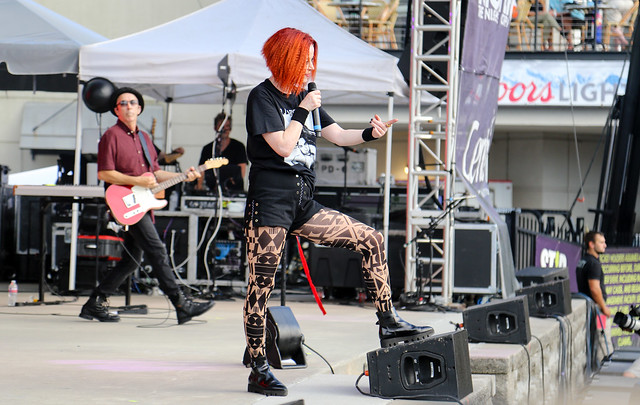 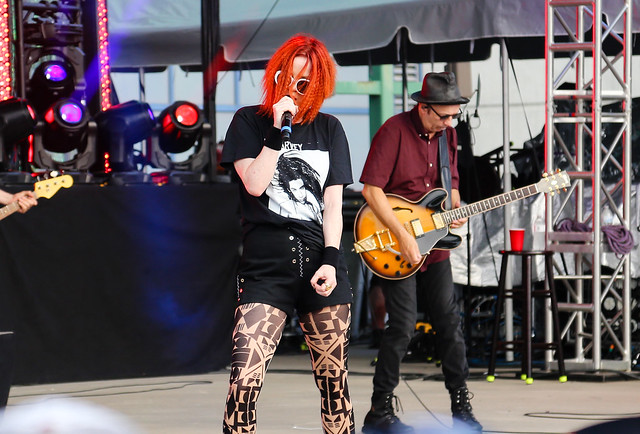 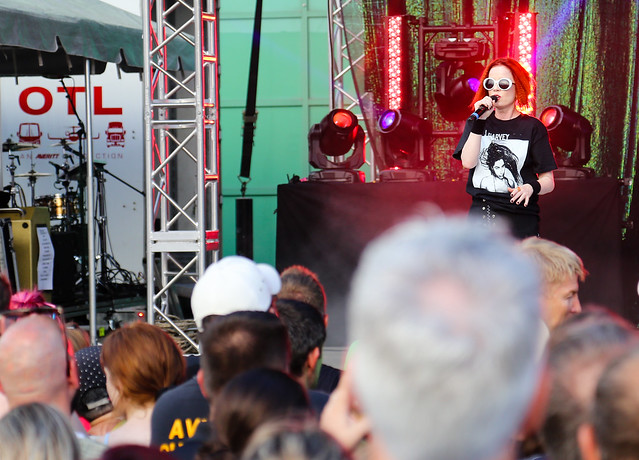 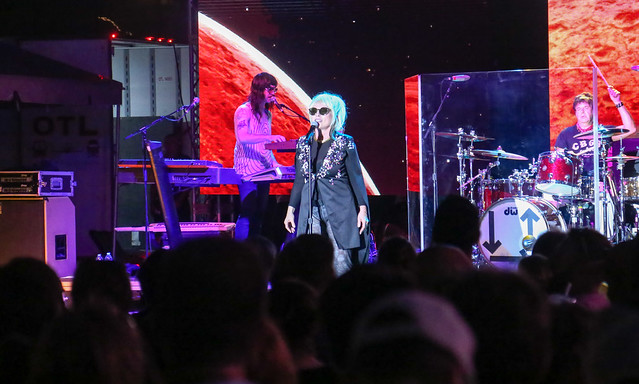 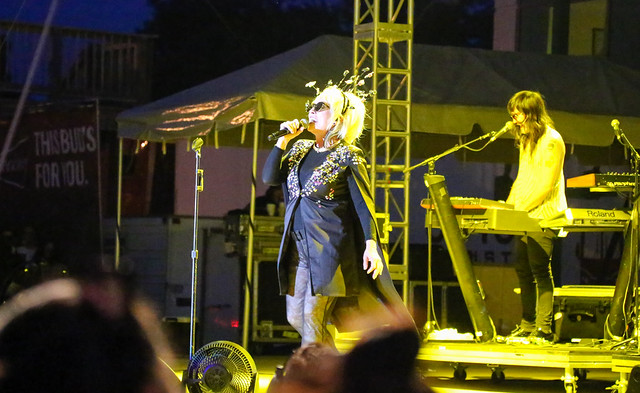 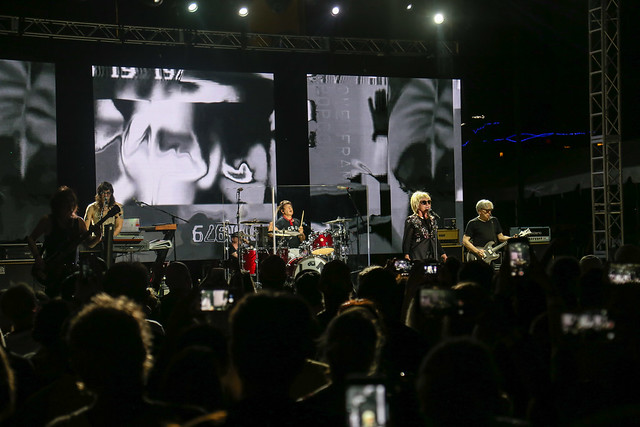 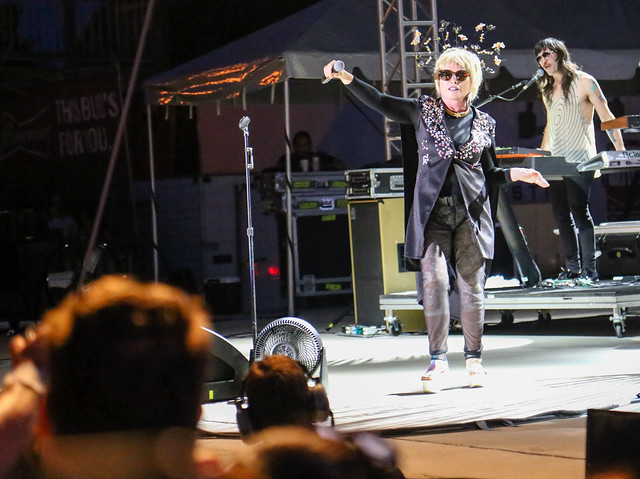 Escape that summer heat with the A/C (hopefully) at a music venue, and catch a show this weekend. Check out our show picks below. Head over to our events page here to see a more comprehensive list of shows, and if you don’t see one of your shows, you can add it with our contribute feature.

Hear Grand Island with The Hangin’ Cowboys, Briner, Ojai and DJ Eddy Covarrubias – Hear Grand Island heads into its third-to-last week tonight with Lincoln outlaw country band The Hangin’ Cowboys, the ‘90s-influenced rockers in Briner, the Omaha rulers of atmosphere in Ojai and DJ Eddy Covarrubias. HN recently did a Q&A with The Hangin’ Cowboys about their country influences and writing autobiographically, and you can read it here. And, as always, head out to Railside Plaza for drinks and food too. RSVP to the all ages event here. Music kicks off at 7 p.m.

Oketo with The Grand Poobah and Lovejoy at Milk Run – Oketo makes its long-awaited return to Nebraska after moving from Lincoln to Olympia, Washington last year on the heels of its second EP I Am Here You Are Now. The indie pop band hits Milk Run with their old roommates in The Grand Poobah and with Chicago psych rock band Lovejoy. 9 p.m. $5. All ages. RSVP here.

Lil Uzi Vert with Bibi Bourelly at Sokol Auditorium – Yes, Lil Uzi Vert is finally coming to Omaha after a May show was postponed when he got sick. The Philadelphia cloud rapper, best known for his single “XO Tour Llif3” and his feature on the number 1 hit collaboration with Migos “Bad and Boujee.” German alternative R&B singer Bibi Bourelly opens the show. 8 p.m. $39.50. All ages. RSVP here.

LNK Fest – On Sunday, the Lincoln Northeast Kiwanis Club will host the first LNK Fest at Union Plaza, a family-friendly festival focused on celebrating Lincoln’s youth and the achievements of the Kiwanis Club. There will be clogging and a storytime reading for children, and three bands, The String Beans, The 402 Band and The Blues Messengers; will play sets on the LNK Fest stage. Food Trucks will be parked at Union Plaza all day. The fest kicks off at noon with a performance from Theatre Arts for Kids. Head over to LNK Fest’s website for more information. RSVP to the free event here.