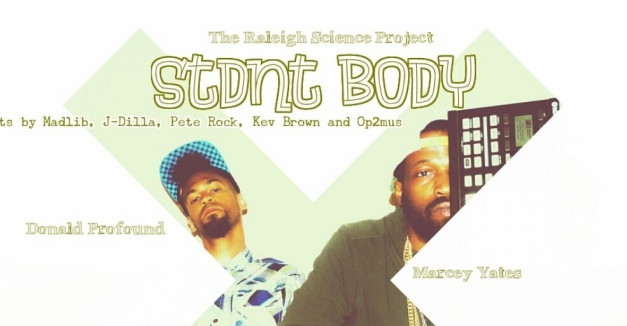 One of Omaha’s most release-prolific emcees is taking his act west this summer. Rapper and producer Marcey Yates takes off this Friday on what he’s dubbed “The No Name Tour,” hitting Los Angeles, Bakersfield, Fresno and San Diego, for starters. In total, it’ll amount to 11 shows in 14 days. The tour kicks off Friday when Yates opens for noted Detroit producer and emcee Black Milk. Black Milk’s credits throughout the 2000s are numerous and impressive, including Slum Village, Lloyd Banks, Pharoahe Monch and many more. The tour ends at Slowdown on July 16 with nationally-known Freddie Gibbs and Omaha luminary Mars Black.

On the tour, Yates will be joined by Omaha’s Xoboi, who you’d remember from the pair’s STDNT BODY releases from last year. Yates and Xoboi are set to release a new EP, JAYVEE, on July 21.

While the ever-popular Jazz in June series ends tonight, a new series looks to carry the outdoor jazz torch.

The inaugural Tower Jazz series starts next Tuesday at 13th and P in Lincoln, and features a handful of traditional jazz talents from around the city playing free, weekly concerts.

James Terry, long-time local jazz figure and host of internet radio show Jazz Time Smooth Radio, helped curate the list of performers. He says that the goal is to continue the community vibe from Jazz In June, but on a smaller scale.

“I wanted it in my backyard,” Terry says.

The Downtown Lincoln Association has been adamant about using the Tower Square space for more outdoor programming, says communications coordinator Spencer Munson. With Tower Jazz, it looks to build on the success of The Railyard series Summer Blend.

View the complete Tower Jazz schedule below, and check out the Downtown Lincoln Association webpage here for more information.

Ducking back to a show from last week, occasional writing contributor Jeff Hall reviewed Désir Decir, Cicada Radio and Yesh at Knickerbockers on Thursday. Here’s some words from Hall, and a few pictures from Peter Barnes:

The two best kinds of local shows are reunions and homecomings. They draw larger crowds, people are more engaged in the music, and the atmosphere of old friends greeting each other makes the venue seem warm and inviting.

Thursday’s show at Knickerbockers, showcasing New Jersey touring bands Cicada Radio, Désir Decir, and Lincoln’s Yesh, was a combination homecoming night/Zipline keg tapping, and for once I wasn’t there for the beer. My goal was Désir Decir. The band features Lincoln ex-pats Mitch Cady (drums) and John Feuerbach (vocals, guitar), who played together in hometown band Bandit Sound (among others) before heading east. Bandit Sound’s raw and loud riffing, with lyrics a good step above most punk acts for depth and quality, was a local favorite of mine.

On their swing through the Midwest, Desir Decir is joined by fellow Jersey act Cicada Radio, a melodic post-hardcore four-piece who opened the show at Knickerbockers. They were at their best with their up-tempo, less ambient material — but reverb-heavy vocals echoed throughout the mix, and it was hard to pick up more than the barest suggestion of melody. 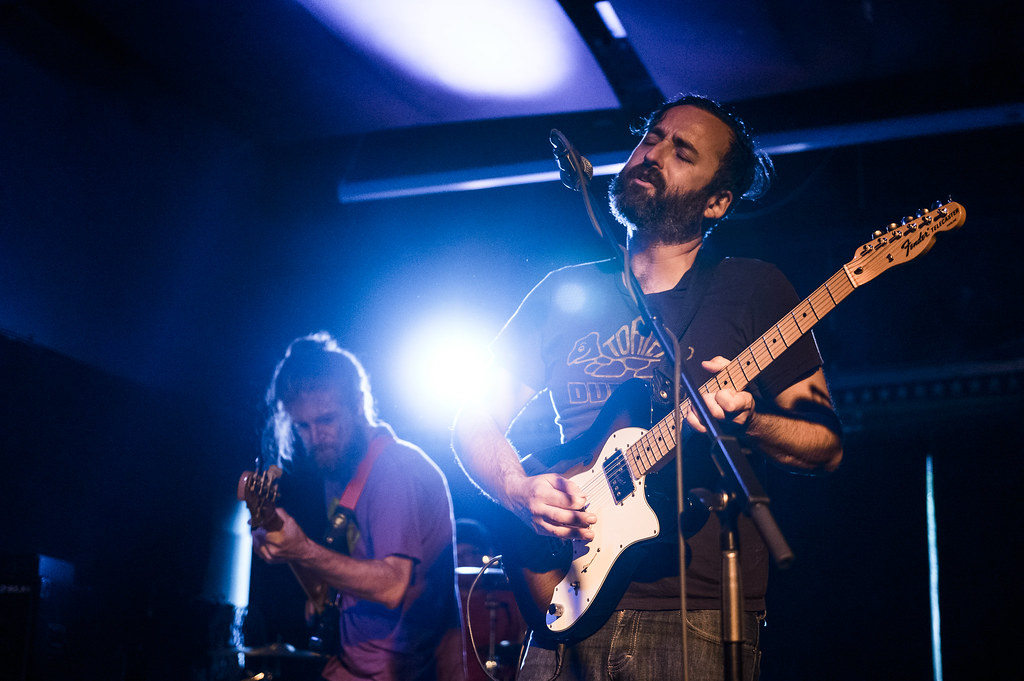 Désir Decir came on second, and were clearly excited to be back in Lincoln. Feuerbach was, quite literally, bouncing off the walls during songs: jumping off the side wall of the stage while his guitar chugged through a power-chord song intro. Désir Decir is a clear extension of the Bandit Sound foundation: a mix of straight ahead punk guitar, with some more pronounced folk and blues influences. It’s hard not to hear fellow Jersey rockers the Gaslight Anthem in their more melodic songs, too. This is where Désir Decir hits their sweet spot, when they straying from the flat, 4/4 time riffs and mellow the punk aggression with grooves from Cady and bassist Greg Reyes. 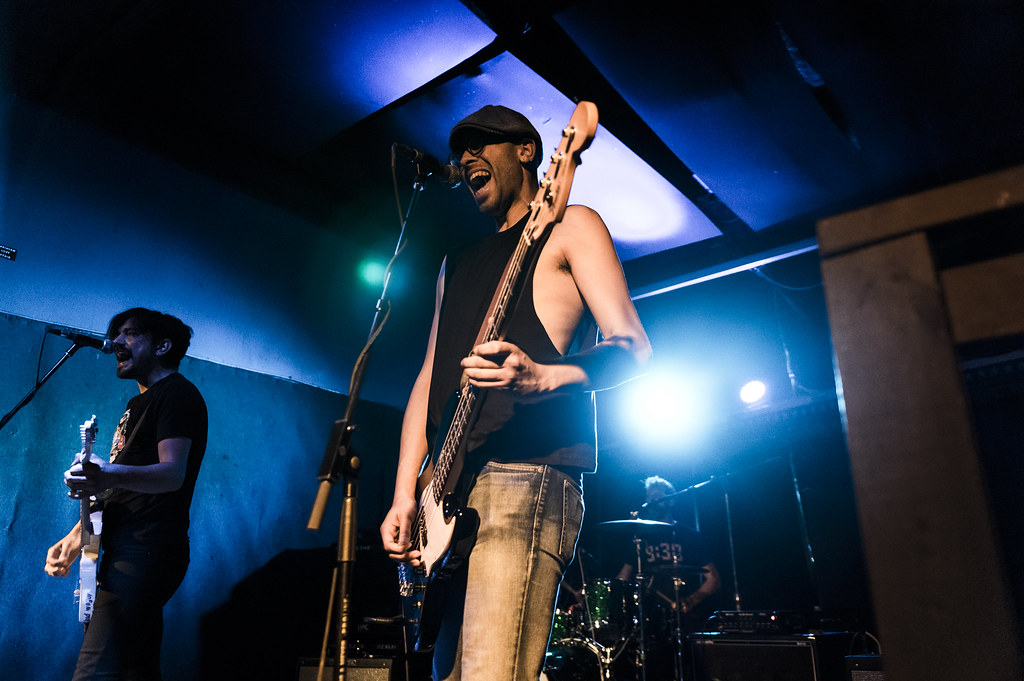 Yesh closed out the show, a five-piece led by keyboardist Amy Huffman, is backed by musicians who have logged a significant amount of time on local stages and touring in bands such as Low Horse, Dirty Talker and Bright Calm Blue. While the more atmospheric pop/rock songs were densely layered and the musicians clearly talented, it seemed that the whole was less than the outstanding parts. Songs seemed to meander the finish, without ever finding their footing. Considering Yesh just played their first show in December, they are likely still a work in progress. Guitarist Craig Reier’s effects-heavy sound is intense, turning him into a mad scientist at the front of the stage – kneeling in front of countless pedals as he twists and tweaks knobs, creating walls of textured distortion and delay. It may have just been the mix, but moving the guitar more front and center could be a good move for Yesh. 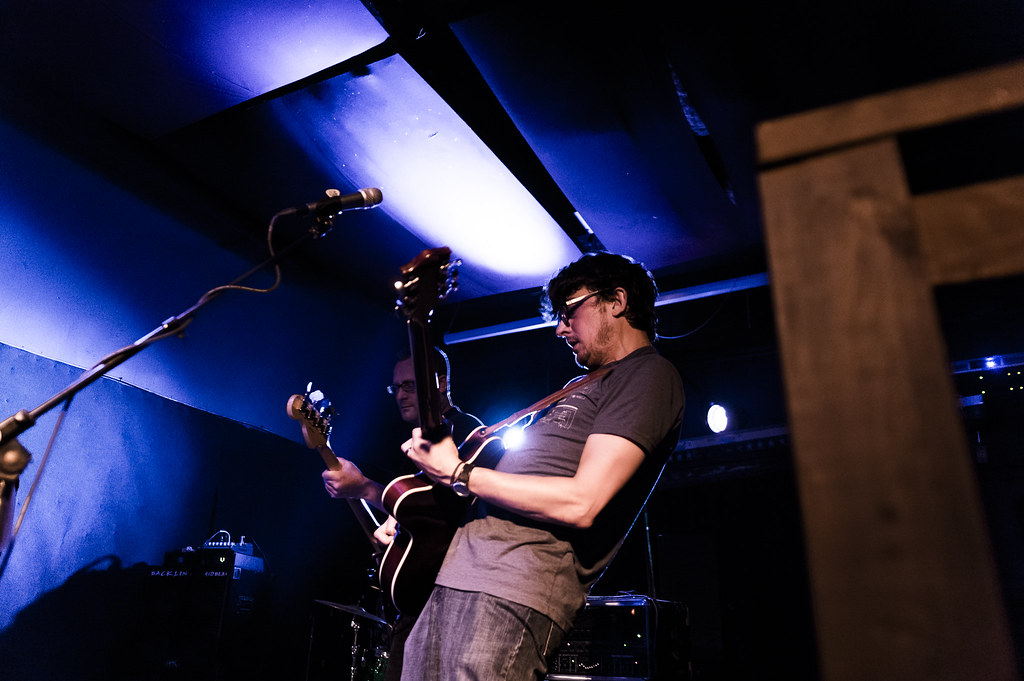 On to tonight, when Slowdown hosts Cincinnati alt rock quartet Heartless Bastards, touring in support of its fifth full-length, Restless Ones, released June 16 on Partisan Records. RSVP here. Heartless Bastards has long been associated with other Ohio acts The Black Keys and Spoon, in part for its rootsy, gritty sound, and also for it’s past work with Spoon’s Jim Eno and Spoon producer Mike McCarthy.

The Hold Steady frontman Craig Finn will open the show. He released his debut solo album Clear Heart Full Eyes in January 2012, and has occasionally toured alone since. The Hold Steady had a busy year last year, releasing a full-length and EP.