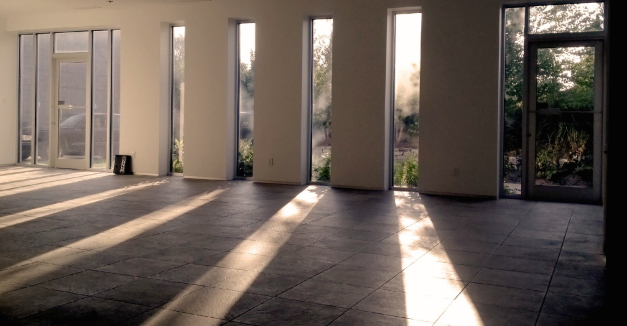 One Omaha studio may soon be drawing more national and international acts.

Rick Carson of Make Believe Studios recently announced his studio would begin an affiliation with Miloco Studios. The Miloco organization, based in the UK, partners with recording studios to help connect musicians to the right space. We assume that means pairing an artist’s sonic goals with a studio’s tendencies. You can see their explanation here.

Carson told us the Miloco affiliation promises a certain standard for a studio. He notes that U2 — which has the money, gear and recording options make an album however it wants — recorded its last record at select Miloco studios.

“[Miloco] aren’t really that well known in America as a studio group because, to be honest, I think that is a little bit of a new concept on this side of the pond,” Carson says.

Make Believe is the fifth Miloco studio in the United States, now included in the wake of larger-market studios in New York City, San Francisco, Los Angeles and Nashville.

“It’s a huge honor for the Omaha music community to be put on a map like that,” Carson says. “It will be marketed right along side every other market in the U.S. and most of Europe. I believe, for a lot of people, this will be the first time they ever see Omaha as an option, even if they don’t come to Make Believe. Check out the city, see what makes us special. Miloco does a good job of including that in their branding.”

He says some of the biggest bands in the world receive info about Miloco accredited studios, and this now includes Make Believe.

Listen to Sam Martin’s A Notion In An Ocean for a recent example of what Make Believe’s work can sound like:

Dude Won’t Die is in the Christmas spirit.

The Lincoln band released a video rendition of “Little Drummer Boy,” and in true Dude Won’t Die fashion, it’s as silly as it is musically sound.

Nice to see something in the holiday spirit that isn’t either annoyingly sentimental or trashing the whole system altogether.

If you haven’t heard, two big reunion shows going down tonight. For a fuller listing of Nebraska shows the next two weeks, we put together this guide for you.

Neva Dinova reconvenes at Slowdown with Twinsmith, Outlaw Con Bandana and Both. The former Jake Bellows-led Saddle Creek band hasn’t played together in nearly six years. Check back here tomorrow for coverage of the show, and RSVP here.