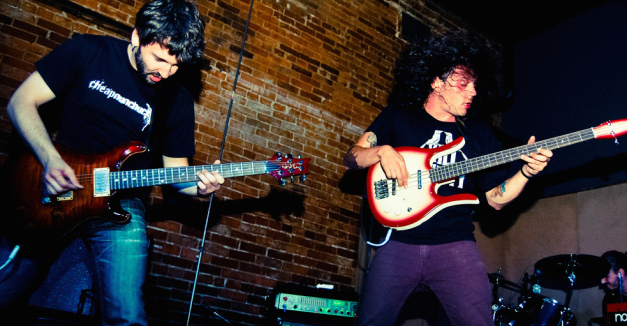 The holidays are often busy with travel, friends and family, but rarely is the season so blessed with such a wide selection of great shows in both Lincoln and Omaha. We’ve compiled a highlight reel of some of the best shows going down through the end of the year. Obviously, New Year’s Eve is stacked, but even on nights like Dec. 23 and Dec. 28, choosing where to spend your time (family reunion, Neva Dinova reunion or Boycaught reunion?) can be tricky.

We recommend bringing the whole family out in one way or another. We hope this brief guide can help. So your mom doesn’t end up at punk show with no ear plugs and your precociously hip cousin doesn’t end up scowling at your taste.

What: The sludge metal band plays two album release shows for Funky God this weekend in Omaha and Lincoln. This is the first.

Good for: The older cousin that introduced you to Rancid.

What: Once defunct Lincoln band Sons of 76 reconvenes for the second time this year with Wondermonds and SAS.

Good for: Your parents, with passionate Americana-rock, folk and funk all on the same bill. 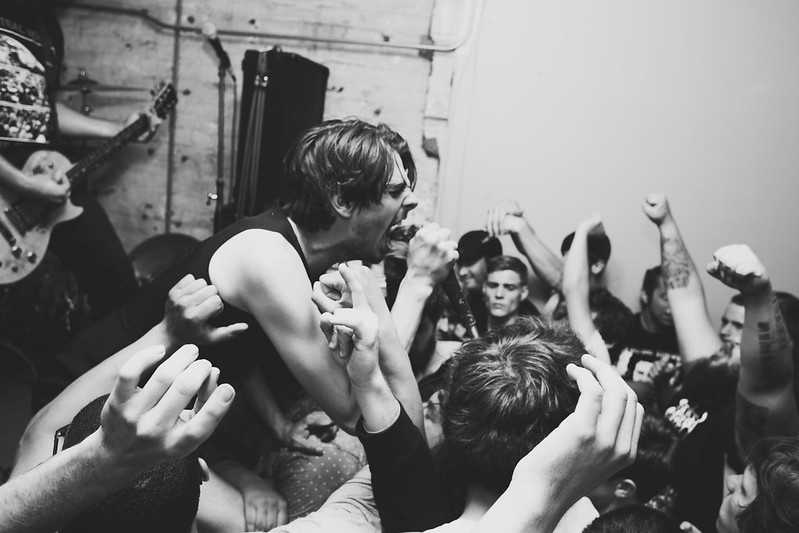 photo of Powerslop by JP Davis

What: It’s been a while since Son, Ambulance has played. And with The Renfields and Mean Street, this show is a great high-energy pop lineup.

Good for: Your sibling whose music taste you hate. Maybe you’ll finally agree on something.

Good for: Your friend who’s burnt out on dubstep, but hasn’t found a replacement for it.

Boycaught Reunion at The Bourbon

What: Boycaught was an influential Lincoln punk band through the mid-2000s and the band’s back together for one night only with Her Flyaway Manner and Laughing Falcon.

Good for: Anyone you don’t want to talk to. They’ll have no shot of hearing you at this show.

Neva Dinova, Outlaw Con Bandana, Twinsmith and Both at Slowdown

What: It’s been years since Neva Dinova has played. For some, this show might be a nostalgia trip, while for others it will be catching up on lost time.

Good for: You older sister who introduced you to Saddle Creek.

20 Years of Shithook at Duffy’s Tavern

What: Shithook has been playing live karoake at Duffy’s since 1994 and not even the year’s most popular holiday is going to stop them.

Good for: Getting out of the house after two days of nothing but family. Release your frustration by singing some Bob Seger.

What: A fantastic pop-punk billing at one of Omaha’s newest venues.

Good for: Your youngish uncle from out of town who thinks Omaha’s music is all emo-folk.

What: Another reunion of influential punk bands. Get the full story here.

Good for: Your slightly older uncle who used to be in a band.

The Good Life, Big Harp, Oquoa at The Waiting Room

What: The Good Life and Big Harp, both on Saddle Creek, have been playing together off and on since August and they finally bring the show to Omaha.

Good for: Your friend that you want to impress with your taste in music. Alternately, an especially chill grandparent.

The Faint at The Waiting Room

What: The Faint playing the first night of a big hometown party.

What: Another reunion of another influential punk band. What is in the water here?

Good for: You. Trying to figure out which of the 20 reuniting punk bands this December reunited best.

Good for: The family’s sentimental drunk.

The Faint at The Waiting Room

What: The Faint again. Maybe with more lights? Maybe?

Good for: When your family (on eggshells) watched the Edward Snowden documentary Citizenfour at Film Streams and you want to soundtrack your new paranoia.

The Machete Archive, The Kickback, The Renfields, Powers at Duffy’s Tavern

What: This time, a prog rock reunion show with Lincoln’s dearly-departed The Machete Archive.

Good for: Your cousin that plays guitar. You often have to artfully decline starting a band with him. With tons of good musicianship on the bill, he’ll be happy here.

Josh Hoyer and The Shadowboxers at The Zoo Bar

What: One of Lincoln’s finest funk and soul band’s rings in the new year at its home bar.

Good for: Your friends who have no preference, but still insist on doing something fun with you. Hoyer always cultivates a good atmosphere and you could maybe even lose them in the crowd.

Good for: Your high school friend who moved to Boulder and bought a hula hoop.