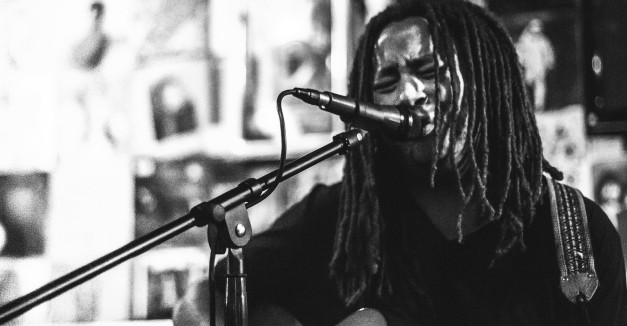 MiWi La Lupa sat on a chair in front of a modest bunch of about 20-25 who’d filtered into O’Leaver’s Tuesday night after receiving word about a last-minute show featuring the Team Love Records musician.

With only a mic and an acoustic guitar, La Lupa held the crowd in a trance with new songs he said he’d written this summer: “If I wasn’t plagued by rules, I’d be a goner, a goner for sure,” he sang, eyes closed in a sort of meditative state. “If she wasn’t raised by wolves, she’d be a gonner…” 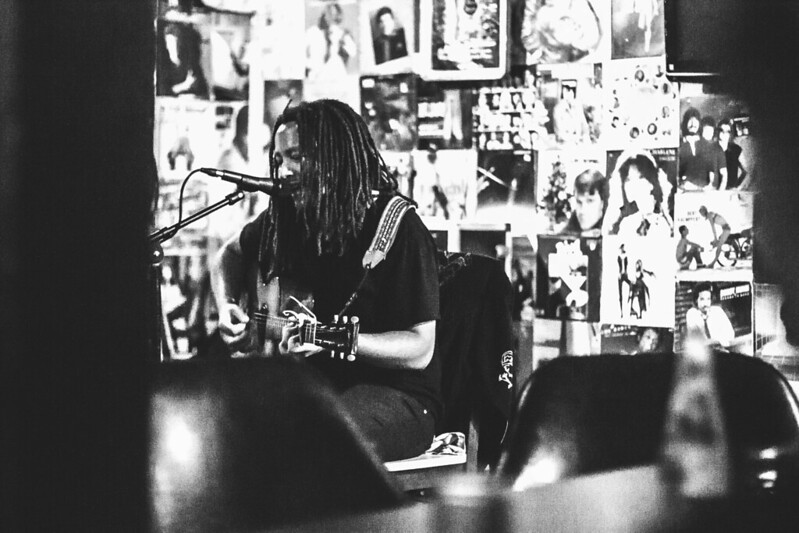 In his performance, La Lupa managed to balance a warm, fireside feeling with a sense of endearing sadness. His album, New Way Home, was released in January on Team Love, and he’s currently on tour with the label’s founder, Conor Oberst. 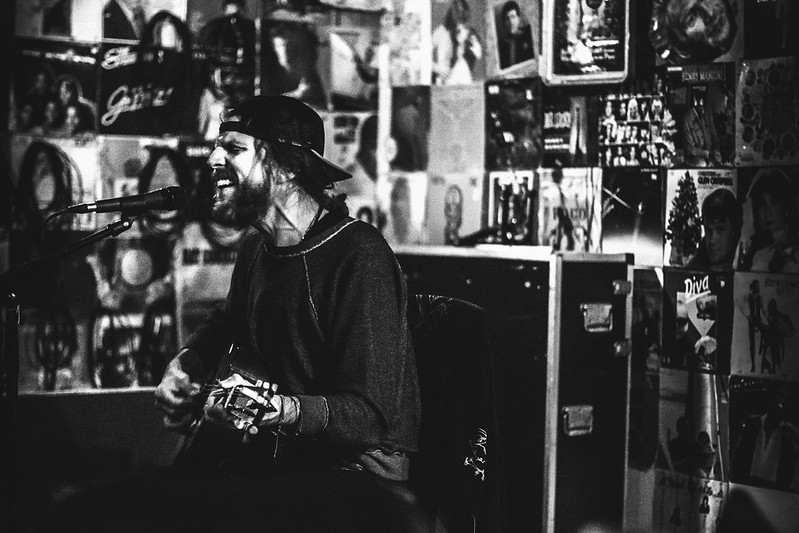 Wilson played three songs during the de facto “round,” closing with “Her Hair is Growing Long” from his 2013 album, Fanfare, which he dedicated to Conor. Then he invited La Lupa back up to the mic. “I have a few more songs left,” La Lupa said. “What do you guys want to hear?”

La Lupa asked if it was odd to play a song twice in a set. The crowd cheered in favor, and La Lupa began once more with a humble smile. 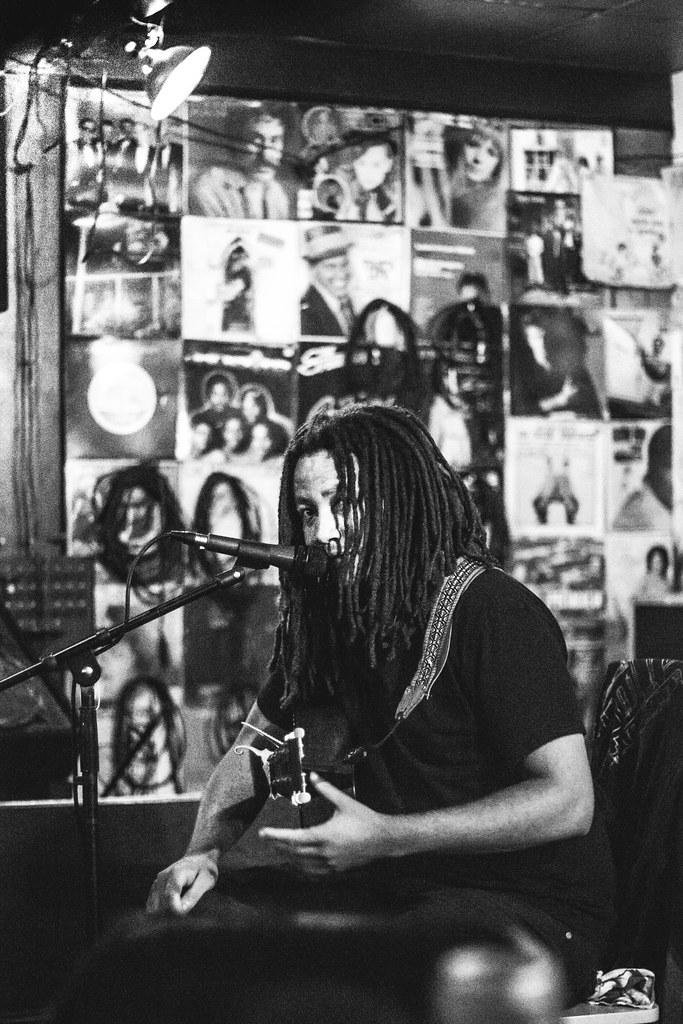 Third time’s the charm? Here’s hoping. The Hear Nebraska Live at Turner Park series in Midtown Omaha concludes tonight with Snake Island! and Noah’s Ark Was a Spaceship after the being rained out and rescheduled twice.

The forecast calls for overcast and temperatures around 60 degrees. Wear a jacket, and BYOB.

Read Q&As from the bands looking forward to the performance here, and RSVP here.

McCook band My Starving Lion has launched a Kickstarter campaign to have a forthcoming LP, Underground mastered by grammy-winning engineer Tom Coyne, who has mastered for Taylor Swift, Macklemore, Beyonce and Adele. You can donate here. The alternative pop band is looking for $6,000 to make it happen.

It’s good to see Nebraska bands with national ambitions, but we’d always note that our state is home to a wealth of recording, mixing and mastering talent, available at a far lower price. For mastering, consider Doug Van Sloun, who has mastered nearly every noteworthy Nebraska release of the last 10 years, plus First Aid Kit, Jonathan Rice, She & Him and Pujol. Chris Steffen at Studio PH in Lincoln also does great work.

Capital Jazz Society Big Band directed by Bob Kreuger will play Vega tonight, and it looks to be a recurring Tuesday event. The 17-piece band will play at 7:30. Admission is free if you bring an instrument and sit-in with the band. RSVP here.