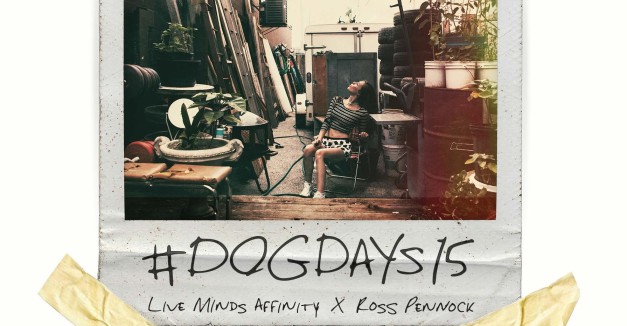 Since releasing the first peak at the Live Minds Affinity project with “Timberwolf,” producer Andy Boonstra and emcee Jake Dawson have been hard at work fleshing out a more laid-back sound.

Boonstra and Dawson collaborated with Denver-based emcee and friend Ross Pennock, after the two started the Live Minds project as an outlet for songs that dripped outside of the Purveyors of the Conscious Sound bucket. That teamwork was part of the goal from the start, and it’s led to a creative outpouring since May.

Today, their work comes to fruition in the debut Live Minds EP, #DOGDAYS2015, mixed and mastered by Rick Carson at Make Believe Studios.

“We wanted to focus on touching a few different styles, since Ross is a very talented singer as well as emcee,” Boonstra says. “We aimed at giving the project a summer, care-free type of vibe throughout the different styles just to show what we have been working on.”

In that, Live Minds seems to have succeeded. Boonstra’s production lends a grand, sweeping feel to this EP. Swelling synths, punching kick drums, tittering hi-hats and hand claps provide the perfect vessel for Dawson’s smooth flow and Pennocks more aggressive delivery. The two give forth on subjects both outwardly critical and sharply introspective (“Your skeletons are delicate/mine decorate the room/I’d rather leave them in the open/it gives them less chance to consume”).

Hear the first track from #DOGDAYS2015, “Free,” below, and get the album here. Check out the Live Minds Affinity Soundcloud page for a free download of the single.

How are you supposed to feel on day you leave town? Alongside packing bags and booking flights, the checklist undoubtedly includes those last goodbyes. What if you screw them up?

As in “Retrospect,” the latest video from Omaha’s Take Me To Vegas, those last looks don’t always go as planned. The protagonist heads to a party on the way out of town after communicating with (presumably) the last person he wants to see. Things take a turn for the unexpected when he arrives.

“Retrospect” starts with a pressing need to move on, not only towards something, but away from frustrations and failures. Frontman Josh McManus sings of that desperate need to escape while false starts and down-beat rhythm breaks echo the frantic feeling in the video’s subject.

The video was shot and produced by Make Believe New Media, which McManus says made it possible in the first place. With so many moving parts, it took much coordination.

“They understood our creative vision from the beginning and worked with us to make sure the video was exactly how we wanted it.” McManus says.

See the video for “Retrospect” below. Take Me To Vegas’s Bring Your Patience EP is available now (find it here).

HN photographers Nickolai Hammar and Lindsey Yoneda braved the raucous crowd at The Waiting Room last night, in a fervor over Los Angeles garage punk band FIDLAR. The band is known for their aggressive, debaucherous live show, and the photos below do nothing to dispell that reputation. 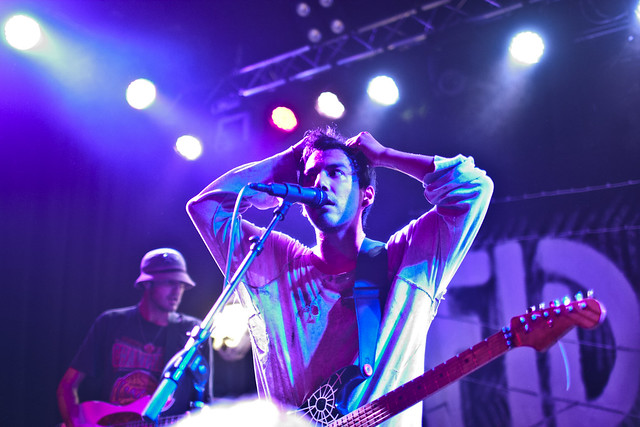 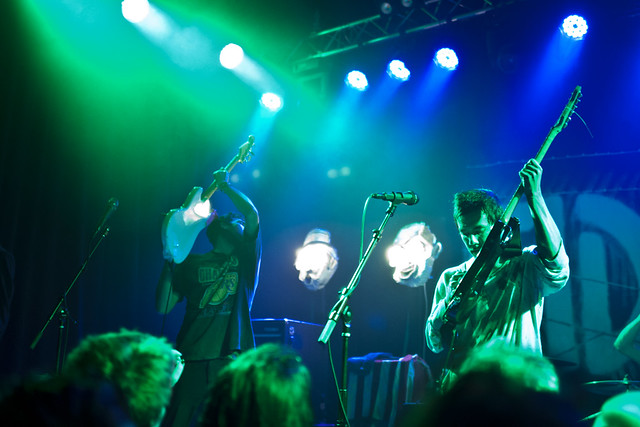 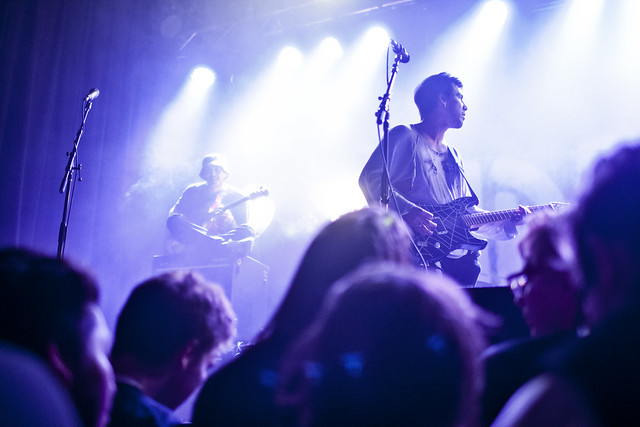 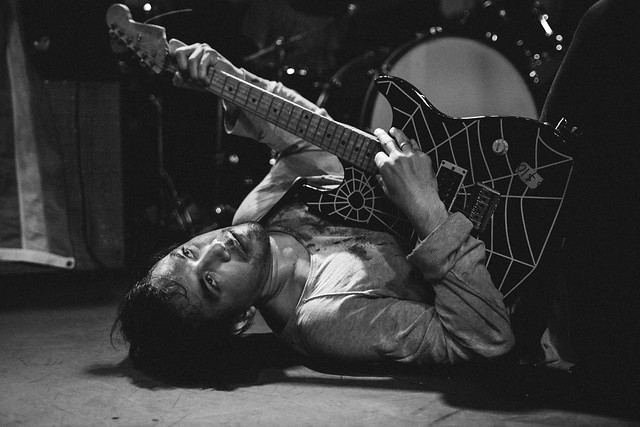 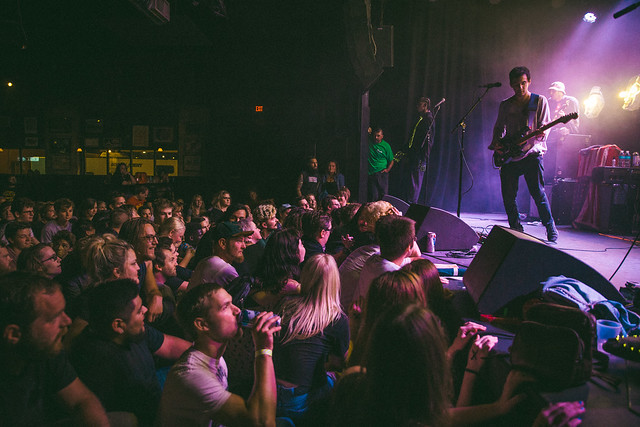 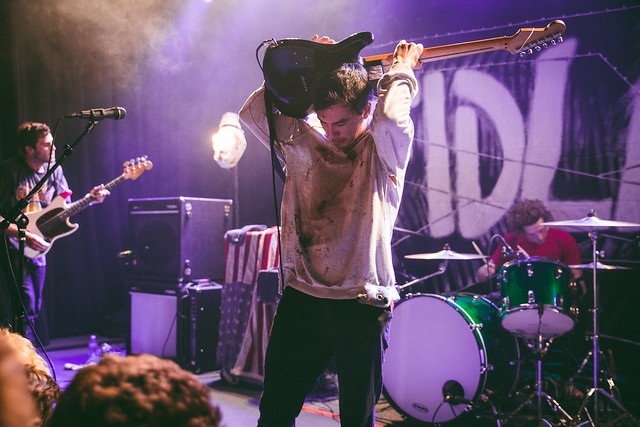 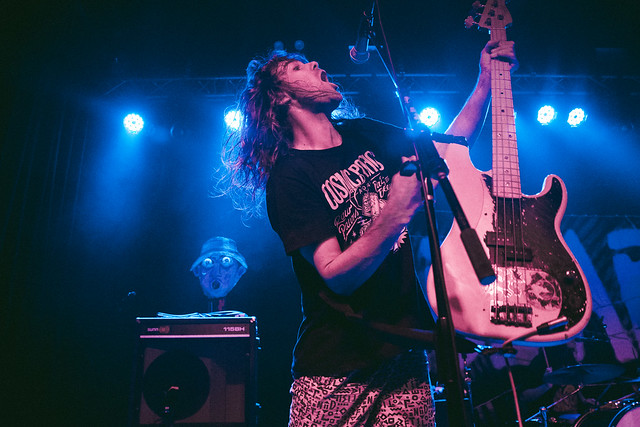 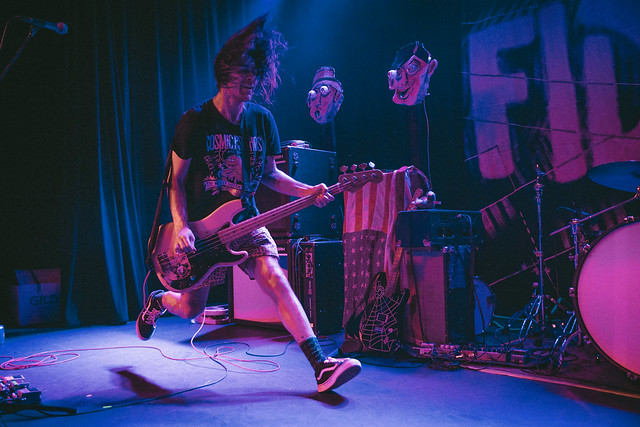 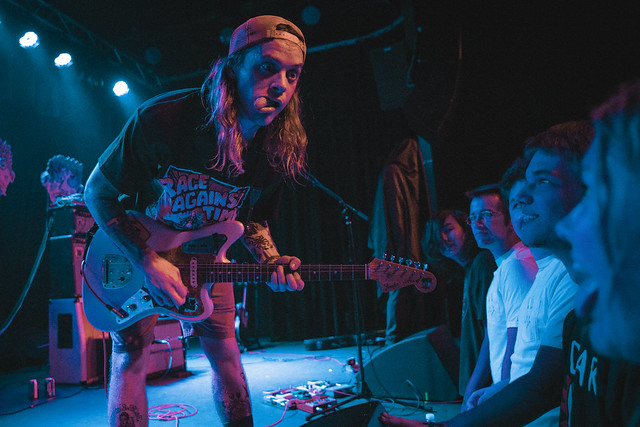 photos by Lindsay Yoneda * * * HN contributor Bridget McQuillan stopped by Slowdown’s front room last night to catch photos of The Lighthouse and the Whaler, Born Cages and Omaha’s State Disco. The Lighthouse and the Whaler hails from Columbus, and brought the indie pop sound it developed since morphing from its original folk project form. See photos of the concert below:

The Lighthouse and The Whaler 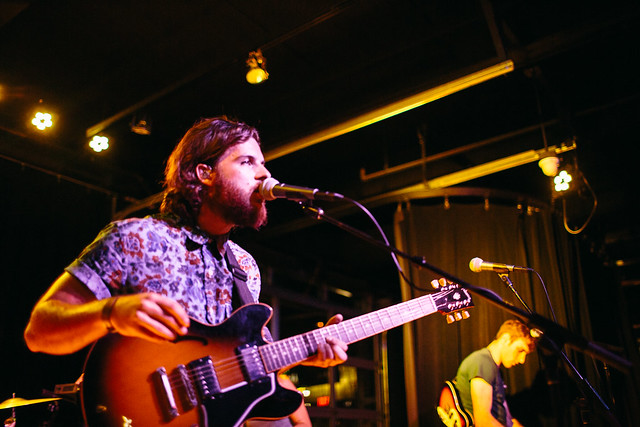 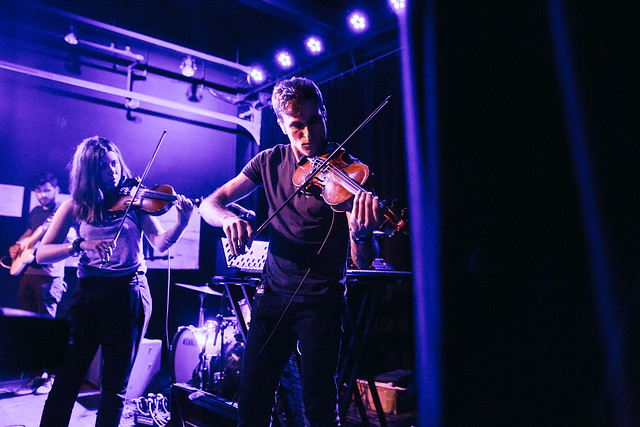 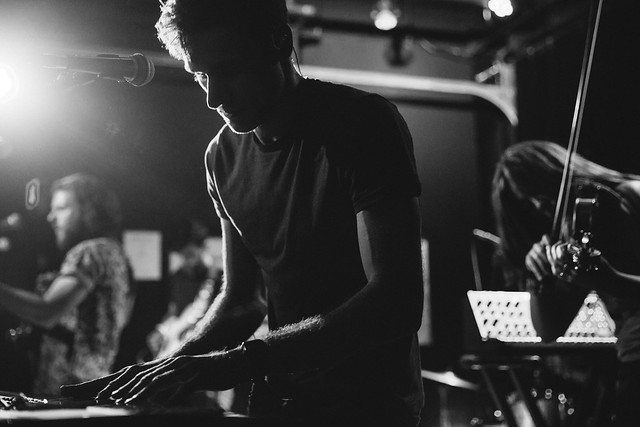 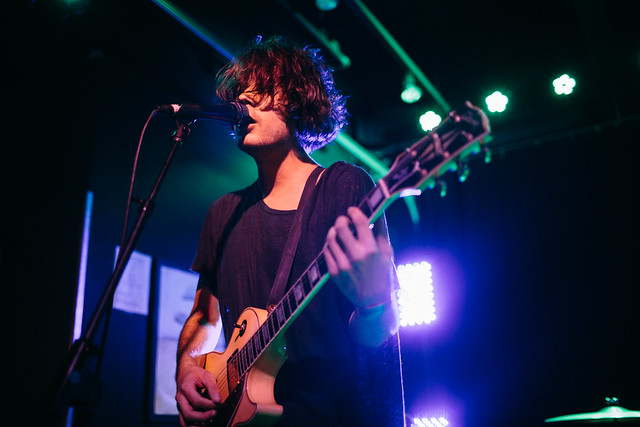 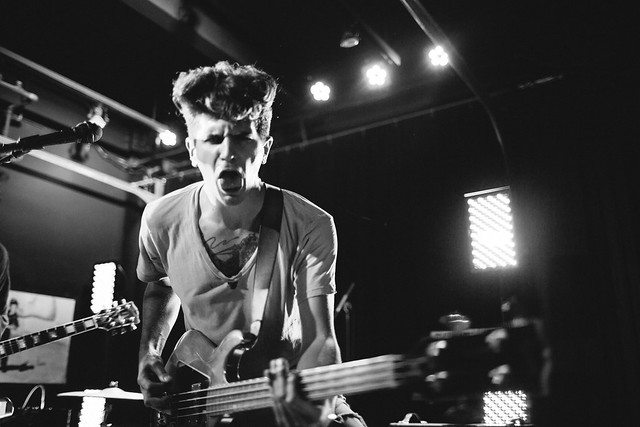 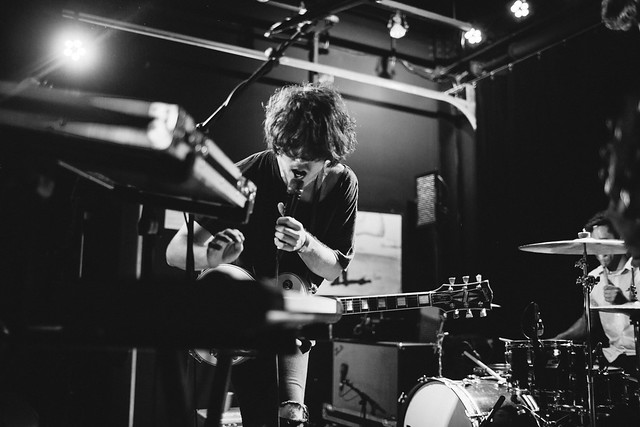 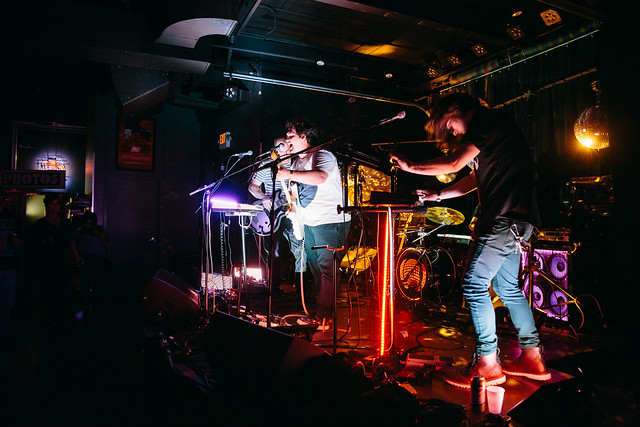 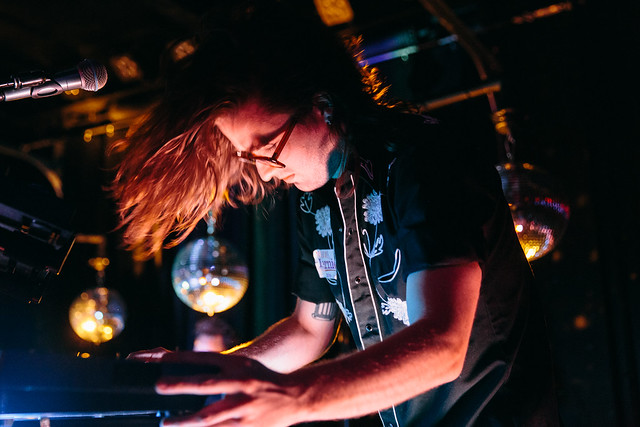 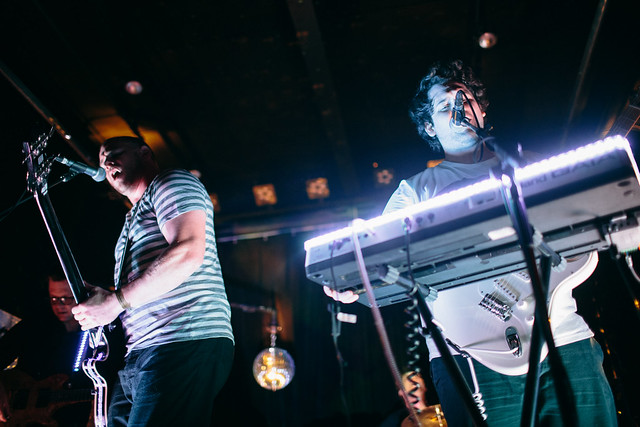 Tonight, rockabilly artist Kim Lenz plays Reverb Lounge with Township & Range. Rolling Stone called the Los Angeles-based the female version of Elvis, but Lenz has paved her own way since getting her start in 1998. She has released three albums, including a pair for Hightone Records – one of the most influential labels in the genre – and played hundreds of dates around the world. Her most recent was 2013 LP Follow Me. RSVP to the show here.