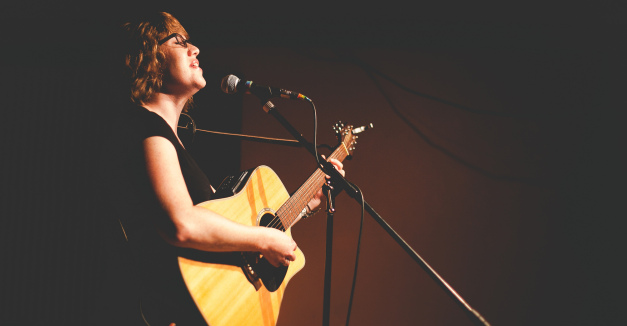 Aspiring and established designers into local music should get their laptops out now.

In honor of its 10th anniversary, Lincoln Exposed, the hyper-local annual music festival in downtown Lincoln, is sponsoring a poster-design contest now through Dec. 28.

The winner will receive $50, four all-access passes to Lincoln Exposed (21+) and five prints of the poster. The winning design will be selected by a popular vote on Facebook from Dec. 29 to Jan. 2. Submit designs in PDF to promo@bourbontheatre.com.

And to get the creative gears turning, here are some past Lincoln Exposed posters: 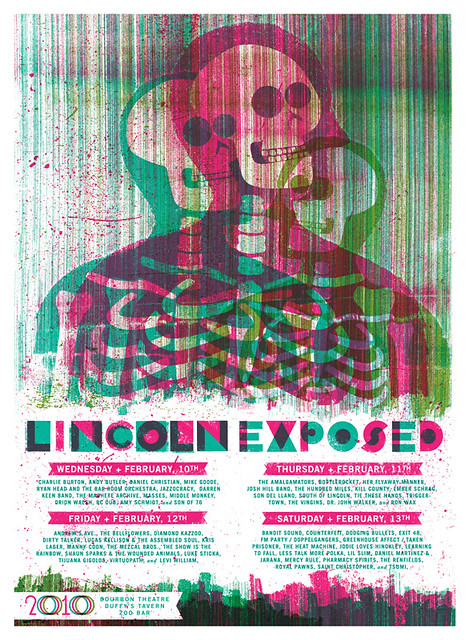 Denver Dalley is not sitting still.

Just weeks after wrapping a new Desaparecidos record in Omaha with Mike Mogis, the guitarist announced on Twitter he’d begun work on another project, Broken Bats.

Dalley told us via email that he and Matt Friction of The Pink Spiders have been talking for a long time about starting a “catchy rock” project together. With some downtime between the Desaparecidos record’s completion and its release on Epitaph (and we’re guessing follow-up tour), Dalley is headed to Nashville to work on Broken Bats material.

The Pink Spiders most recently released a single in 2011, but might best be known for “Little Razorblade” from 2006’s Teenage Graffiti.

Dalley says he wants to get Broken Bats demos out as soon as possible. You can find the band on Facebook and Twitter to keep up-to-date.

The Omaha Entertainment and Arts Awards are fast approaching, and with dozens of nominees in a wide array of categories, making sense of the lists can get tricky for the uninitiated.

Say Hey There Music, a Nebraska hip-hop blog, is helping with an article published today that profiles all six of the awards show’s hip-hop nominees, including Both, Latin Threat, Shook On3, Mean Street, Marcey Yates and Purveyors of the Conscious Sound.

Get to know each nominee here.

A week ahead of Neva Dinova’s reunion at Slowdown, frontman Jake Bellows will be playing through solo tunes at Omaha’s Crossbones Bar.

On Wednesday night, Bellows will play a selection of solo songs from 2013’s New Ocean (Saddle Creek) “and maybe some Neva Dinova songs too,” according to the Facebook event. RSVP to the solo show here and to Neva Dinova’s show here.

And by the way, stay tuned to the site today for something brand new from Bellows.

Lastly, let’s welcome in a new week with a new HN Radio playlist. Find our weekly selection of Nebraska music in the player at the top of any page on HearNebraska.org. No particularly new or specific submissions as we approach the holidays, but we dug back through SoundCloud for some tracks from Satchel Grande, Black Jonny Quest, The Midland Band, The Fucking Party and more.

We’re also pleased to have Kait Berreckman joining us live on HNFM tonight. Show starts at 8 p.m. on KZUM and the Omaha singer-songwriter should sling on her guitar between 8:30 and 9 p.m. As always, it’s 89.3 KZUM in Lincoln or streaming on kzum.org around the world.