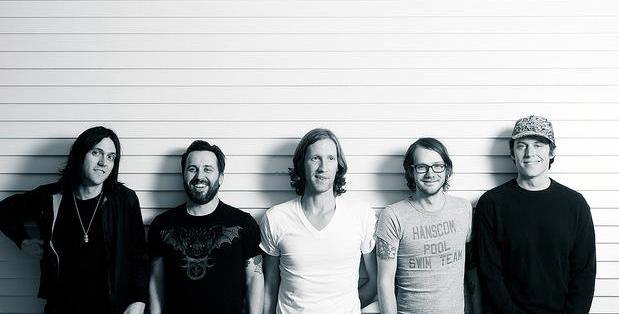 Guitarist Denver Dalley explains the last-minute announcement of Desaparecidos’ Nov. 25 show at The Waiting Room as a nice bit of circumstance.

“We are all in town, finishing up the album, and thought that this would be the perfect time to play one more show this year,” Dalley said in an email this morning.

He confirms the Oberst-fronted Omaha punk band will be home(ish) at the end of the month working on its forthcoming Epitaph LP with Mike Mogis. On Nov. 25, Desa will play with Digital Leather and BOTH, a terrifically diverse sonic lineup of electronic influences and hip-hop. Tickets are $20, and on sale now. RSVP here.

Just when you thought things might quiet down for the holidays, Desa, Neva Dinova and The Good Life all (some more unexpectedly than others) come through to make an impact on the end of Omaha’s 2014 music calendar.

After more than 10 years of booking shows, tending bar and running sound at O’Leaver’s, Brendan Greene-Walsh announced via e-mail this morning that his time at the Omaha rock club will conclude at the end of November.

During his tenure, Greene-Walsh has brought touring bands from all over the world to play O’Leaver’s. No doubt, O’Leaver’s will continue to snag the hip mid-level touring bands and local shows on which they’ve built their name, but Walsh’s jack-of-all-trades presence will be missed.

Monday means its time for a new playlist on HN Radio, the music streaming app you see at the top of each HearNebraska.org page. We’re rolling with a couple specific new songs: “Landfill” by Weatherwise and “Apple Pie” by Memory Mines. The former is a new-to-the-table Omaha alt rock band, and “Landfill” is one of two debut songs they put out last week. The latter is a new release from the Omaha singer-songwriter Chris Atkins’ forthcoming album Warm Fuzzies. It’s slated to be out Nov. 20. If you don’t know Memory Mines, you might also know Atkins from Chris The Whale or In Love.

Posted up at @vegalnk for the @goodlifehalfsy Hour. Nebraska music for two hours on the house speakers.

In the way of shows tonight, Sour Boy, Bitter Girl plays at The Down Under in Omaha with Anthems and Cooper Lakota Moon.

The orchestral folk rock outfit out of Denver, released its most recent record, The Days After the Fire in spring 2013. RSVP here.

Check out more live music offerings this week on our statewide calendar. And if you think we’re missing any, email news@hearnebraska.org, and we’ll add them.