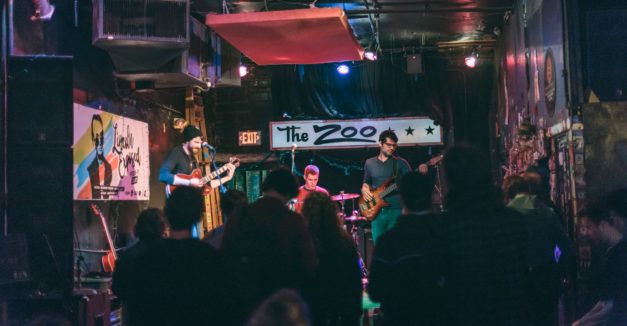 If you were out at Lincoln Exposed this past weekend, you may have noticed a new festival-wide policy hanging visibly throughout its five venues.

The festival’s official code of conduct, implemented for the first time this year, aimed to help provide a safe and welcoming environment. The posting — taped to the walls and bathrooms inside The Bourbon, Duffy’s Tavern, Zoo Bar, 1867 Bar and Bodega’s Alley — outlined unacceptable behavior including discriminatory remarks, non-consensual touching and violence, among other offenses.

Festival organizers developed the code of conduct as a condemnation of physical and sexual violence and, for the venues, a practical application of what to do in case problems occurred. Fine-tuned with the aid of Bien Fang’s Rachel Tomlinson-Dick, it echoed a message of personal and community accountability delivered at Saturday’s Voices of Hope benefit show at The Commons.

The move by Lincoln Exposed represents a positive step toward making Lincoln’s community safer. Festival organizer Cortney Kirby, who books concerts at Duffy’s Tavern and The Bourbon, said many different kinds of people go to those shows, which are often well-attended.

“I’d really like to have something that we have posted, and if something happens, we know what to do,” Kirby said. “Everyone’s on the same page.”

A look at music communities around the world reveals both a need and a precedent for such policy. There are countless examples of sexual violence within music scenes from Portland to Austin to Indonesia. Venues like Austin’s Cheer Up Charlie’s and Beerland have visible “safe space” signs and organizations in Portland and Eugene, Oregon and Toronto have formed to implement similar policies.

Motivated by the current political and social climate, in which local and national politicians have openly made sexist public remarks, her aim is to help make the music scene safe and supportive. In that environment, Kirby said, it’s hard to know what to expect.

“I think it’s important to stand together and say we’re not going to accept that [by] taking a step toward creating a culture of awareness and safe spaces,” Kirby said.

Kirby worked directly with Tomlinson-Dick on the conduct rules right up through the week of the festival. Once solidified, Kirby says each of the five participating venues received physical copies and were given the option to post. Venue owners and managers agreed, charging staff with enforcement.

Kelsey Graves, who owns and operates 1867 Bar, says she was on-board immediately. The venue, which opened in July 2016, has already posted notices in its women’s restroom explaining how to alert staff if people feel unsafe. She says venue staff felt a public posting was a good idea, considering how much traffic Lincoln Exposed draws.

Graves said she plans to leave the signs hanging at 1867, and will continue to use the policy. More than just for concert events, Graves believes any establishment should adopt a similar policy, as it affects the community at large.

“I want people to have a great experience in my establishment,” Graves said via email. “I want them to feel safe and welcomed — just like every other bar/venue owner.”

Kirby says she is pleased with the policy’s development and is optimistic that downtown venues can work toward a permanent, living document that protects their patrons. In addition to outlining a course of action, she hopes that would serve as a preventative measure.

“This is the bigger picture,” Kirby says. “We shouldn’t have something happen for us to be proactive. We should be proactive now.”

Located at 17th and O in the mezzanine level above Timeless Treasures, the space is dedicated to “encouraging collaboration between different disciplines,” according to The Mez co-founder Joelle Sanfordt. She and (former HN intern) Gabriella Parsons are both First Friday frequenters, and aim to host art and music shows in that same vein more than just once a month.

In fact, last night’s show had that kind of appeal, with several artists showcasing work and eight musical acts performing on The Mez’s small, carpeted stage. Some of the performers tested new material or new projects altogether. There was also a station where patrons could make valentines and love letters and a shredder with which to destroy old ones.

The Mez is open to all skill levels and artistic disciplines and will maintain a drug and alcohol free environment. For more, check out The Mez’s page here.

Get a first look via Farris’s photos below: 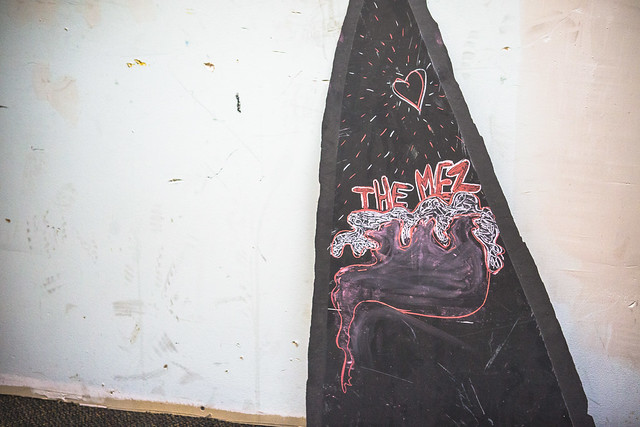 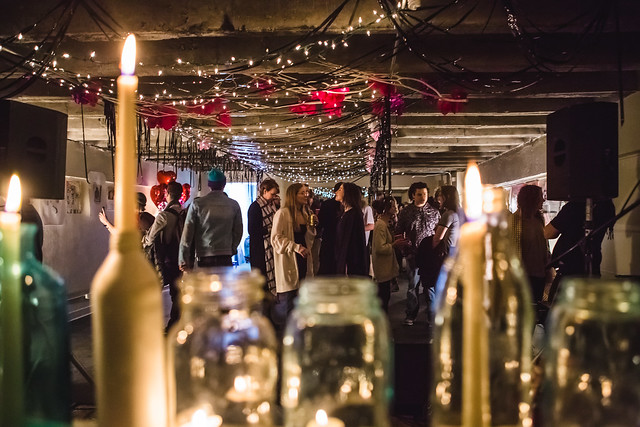 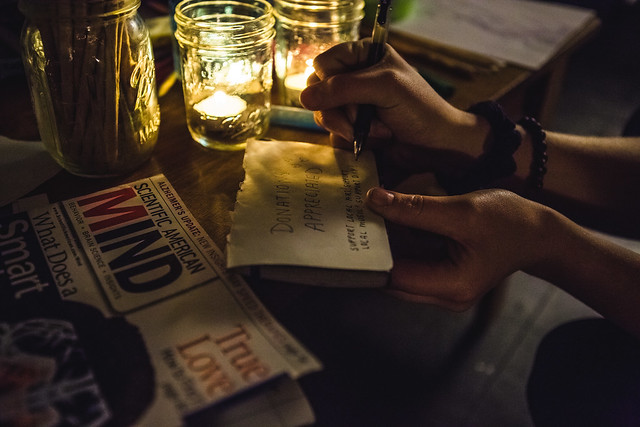 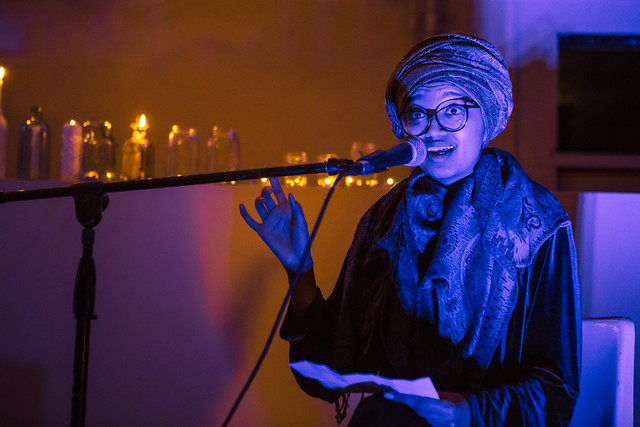 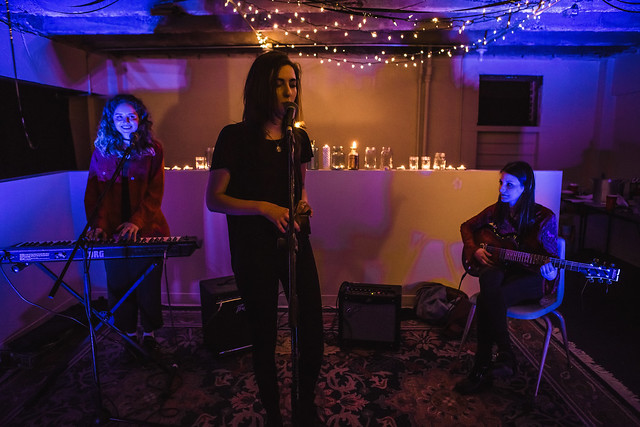 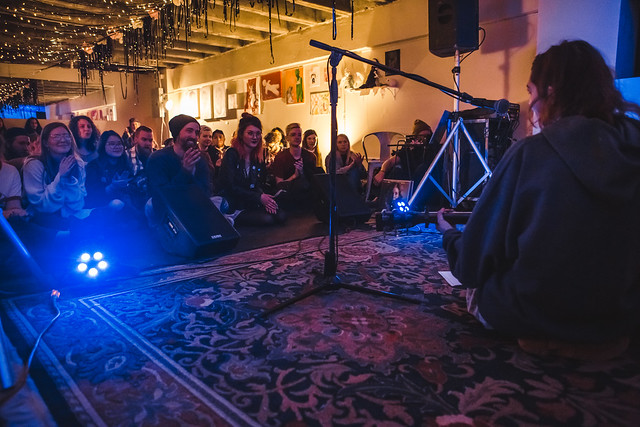 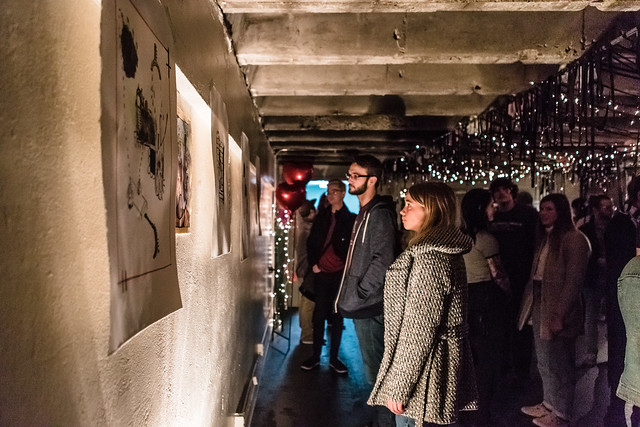 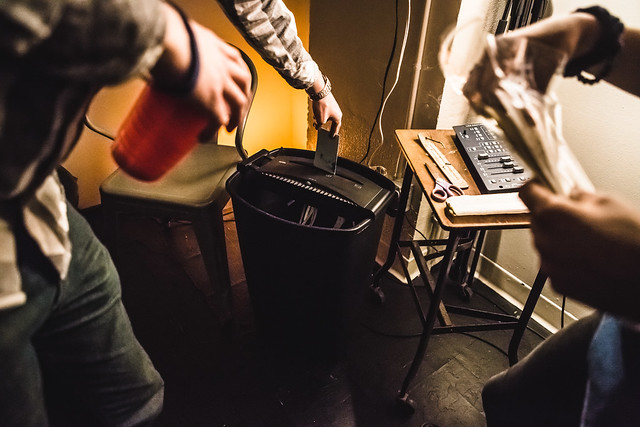 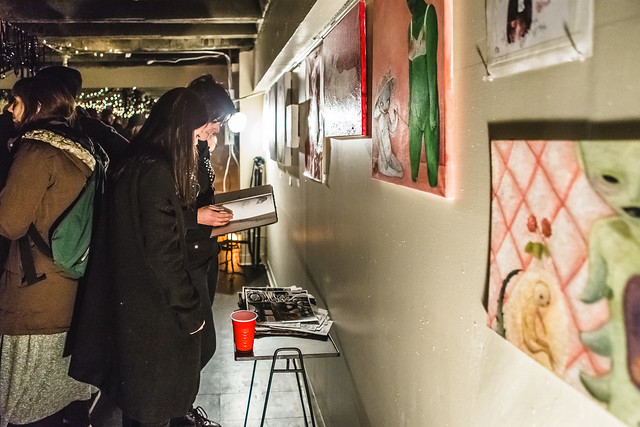 Plan your evening and weekend in shows with our state wide calendar here. Send all news tips, story ideas and song submissions to news@hearnebraska.org.