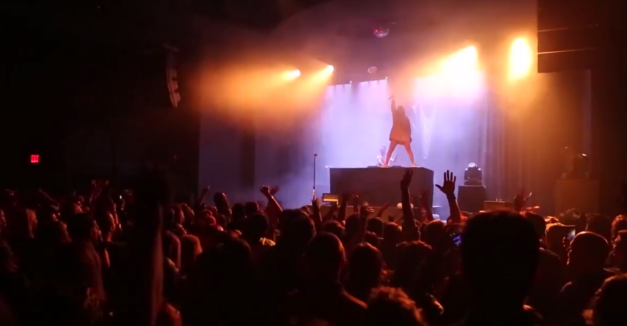 Lincoln Calling recaps, plus a quick thank you

The party is over. The last notes have long since rung out, the outdoor stages packed up and all the Lincoln Calling markers — wristbands, posters, fliers galore — have been removed. With a couple of days to rest my bones, I have a quick word of personal thanks to give.

But not before sharing Hear Nebraska’s daily recaps of the 14th annual downtown Lincoln festival (ahem, presented by Allo Communications and produced by HN and The Bay). They give a small yet dense overview of the seven-stage, 100-plus band weekend event, which drew thousands to its various street and venue attractions. Catch up with all the action below, courtesy of editor/video team leader Lauren Farris and our hard-working cast of multimedia contributors.

I first want to thank our festival staff. With the first year under our belts (one, I should add, with its fair share of obstacles) and months of hard preparation, the path to success appeared a little clearer. Add to that countless hours of hustle, generally positive attitudes and a ton of dancing, and executing three straight 18-hour days was (at least a little bit) easier. Everyone believes in the Nebraska music community’s ability to pull together the community at large, and they poured unquantifiable amounts of energy into that belief. In my mind, it showed. It has been a pleasure to work with all of you and I can’t wait to do it again.

On a personal note, shout out to our multimedia and social media teams, with whom I worked most closely and who busted their asses to promote and document the entirety of Lincoln Calling. Not only did they make it look stunning and beautiful, they did so executing some of their best work. I mean, just look at these photos.

Thanks to all of the artists, local and national, who performed throughout the weekend. It was amazing to hear how many sets surprised people, how many delightfully terrified them (hello, Street Sects) and how those known quantities, acts like PUP and Angel Olsen and Charli XCX, delivered on expectations. Part of our festival vision involves our audience walking into any show and seeing a quality set, and I feel confident we made it happen.

Thanks to everyone who attended the shows, danced by the stages, hung out in the Night Market, belted their favorites at Karaoke Underground, supported the Race to the Bottom drag show and generally had a great time. There are so many ways to experience a music festival and in the thick of it all, they found their own. Lincoln Calling doesn’t exist without fans, and from my chair, those who showed up made the most it.

Thanks to all of our partners, who helped make this music festival a true community event. That includes YP Week, Startup Week, Make Lincoln, Benson First Friday, Carson + Co Global (who helped nail our sustainability effort) and every vendor and participant in the Night Market. Our sponsors are thanked in full below.

Finally, a hearty thanks to our volunteers, who donated their time (in many cases, more than was asked) and effort (ditto) to help produce this festival and give folks a positive experience. It means a lot that you believed in LC’s vision and put it into action. Without your involvement, there is no way it would be possible. [Editor’s note: I got so excited about volunteers Saturday night that this happened.]

And to all of you readers: thanks for your patience. With Lincoln Calling now in our wake, our editorial staff turns back to all things Nebraska. The column will appear more regularly with the same in-depth music news round-up, and we have a handful of features ready for the end of year stretch. Admittedly, this means we have some catching up to do, and need your help. Tell us what we’ve missed, or what’s coming up, by emailing news@hearnebraska.org.

Red Cities returns this November with its first new LP, Soft Target, since its self-titled debut. In advance, has released the video for its first single “#1 Party School in Amerika.” Vocalist Byron Anway sneers through the buzzing, breakaway track at cheap, meaningless activism as archived footage of street and on-campus, sports-centric riots. Context is everything, and with a recent string of horrific events nationwide, and thusly more important things to get upset over, the song’s distaste for its video’s depicted immaturity is thick. Watch below:

Lincoln trio Once A Pawn released a pair of politically charged tracks in “Enough” and “Minimum Wage” in March 2016. The former focused on the fight for LGBTQIA rights and the resistance they face, while the latter lashed out at unfair resource distribution. “Enough” is also the track that goes with the band’s latest video, out this past Thursday. It compiles live footage from a recent show at The Commons LNK with close-up shots of each band member, which gives vocalist C Balta a chance to put visual emphasis to the song’s powerful message. Watch below, and catch the band this Saturday at 4 p.m. at Queerfest LNK (RSVP here).

Omaha musician Al Hatfield has been giving back to the community for what will be 10 years this Saturday, when Big Al’s Music Festival floods O’Leaver’s for a night of music and comedy. Ten local bands and seven comedians will perform on two stages, and while the event is free, it’s purpose is to raise as much non-perishable food as possible to donate to the Food Bank of the Heartland.

While Lincoln Calling was going off all weekend, Omaha had its own share of big concerts. Friday night certainly was one, as indie folk giants Fleet Foxes graced Benson’s Military Avenue (the Waiting Room Outdoor space) with Nova Scotia indie rock band Nap Eyes. Fleet Foxes currently tours on the strength of Crack-Up (June 2017), its third overall LP and first since May 2011. See photos by HN contributor Bridget McQuillan below. 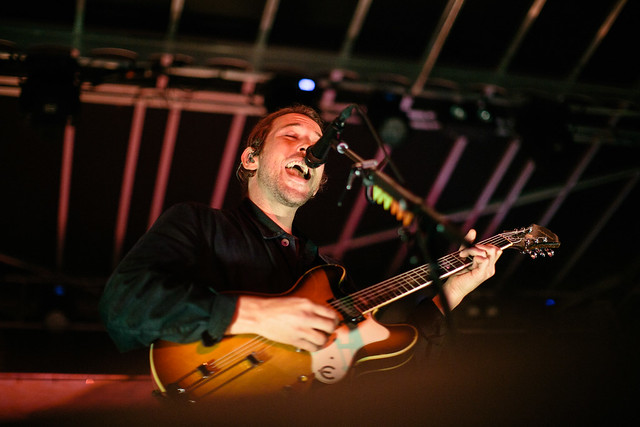 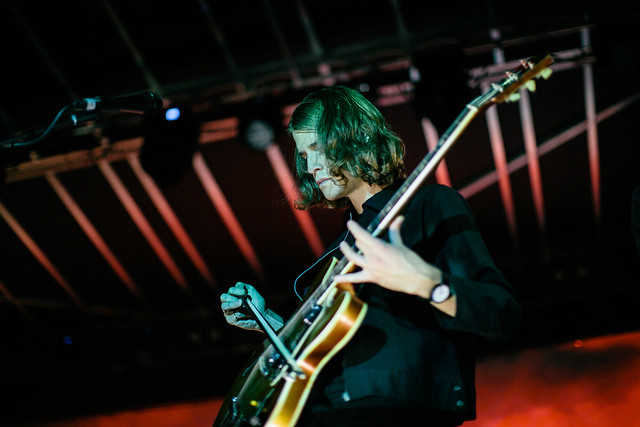 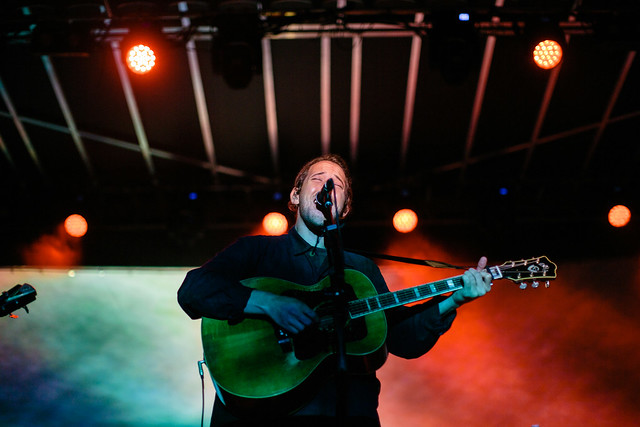 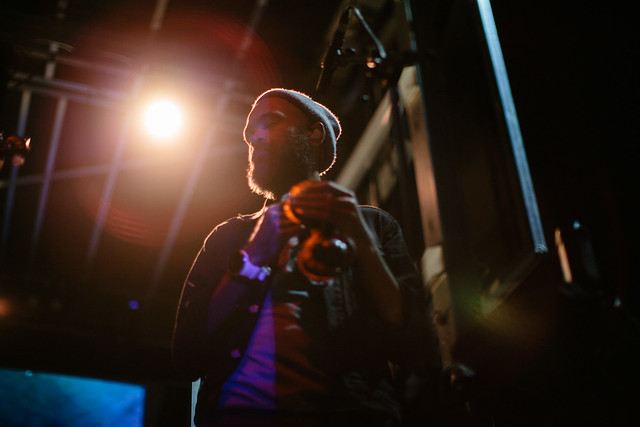 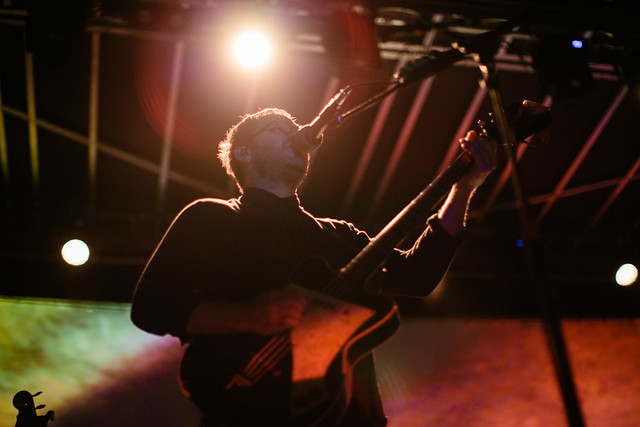 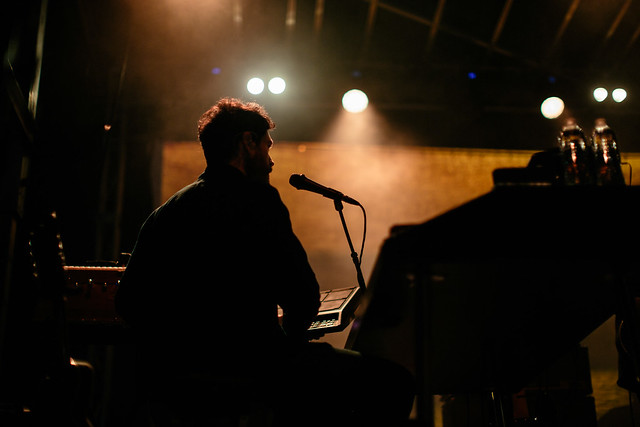 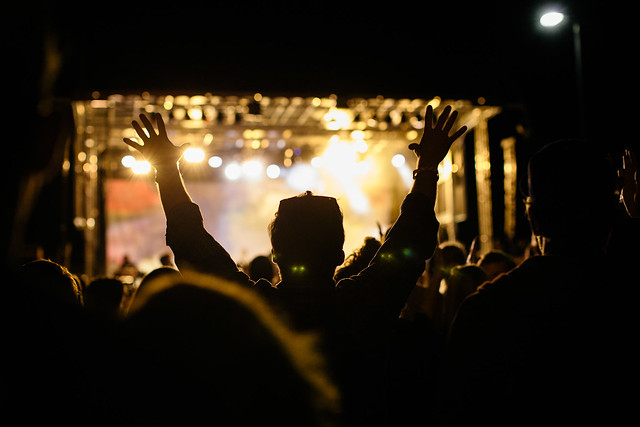 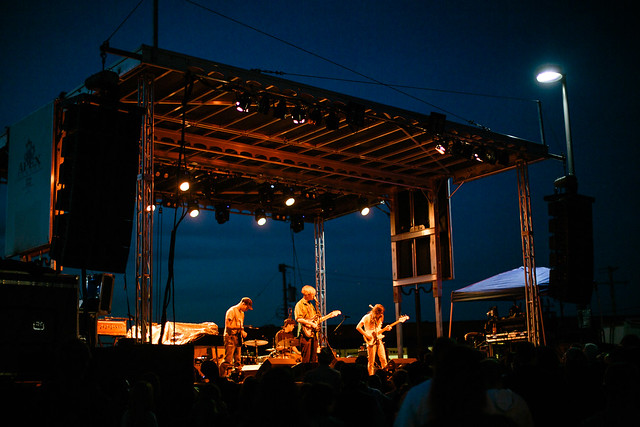 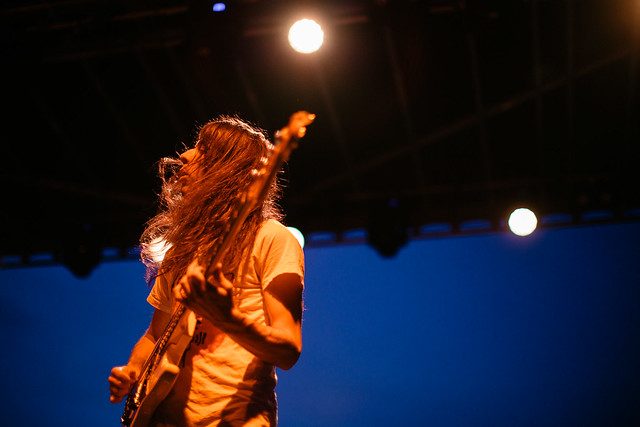 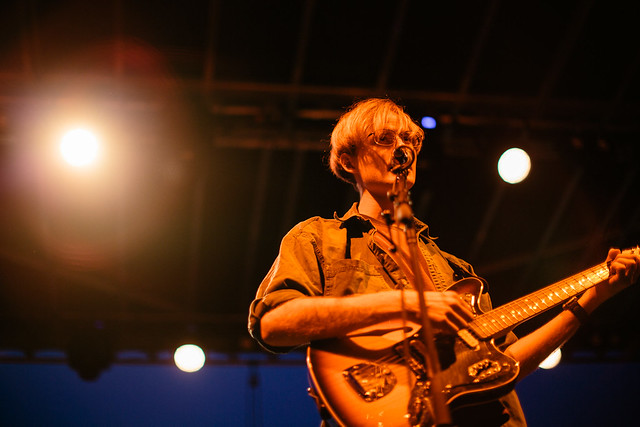 The shows must go on! Here are a look at some of them over the next few nights. Add to them using our contribute feature here or email us a news@hearnebraska.org with your story ideas and news tips.