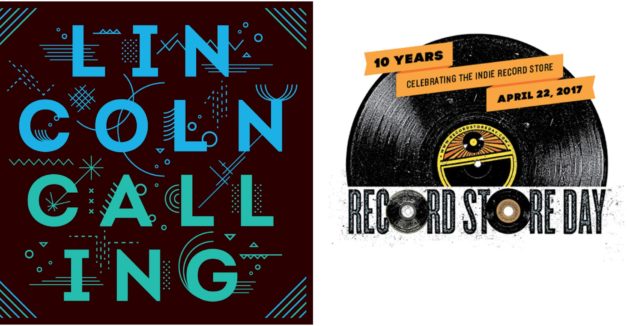 Before we get to news, we were overwhelmed by the swift response this morning to Lincoln Calling early-bird passes, which sold out in mere minutes. Thanks to all who got the worm.

Festival passes are now on sale at their pre-lineup-announcement rate of $39. Purchase them at our newly launched 2017 website here.

And speaking of that lineup, we’ll drop it via video Thursday, May 4 at a reveal party at Duffy’s Tavern. We can’t wait to share it. RSVP here.

In its second year operated by Hear Nebraska, Lincoln Calling will be held Sept. 28-30, across venues in downtown Lincoln, including The Bourbon, The Zoo Bar (and the street in front of it), Duffy’s Tavern (indoor and backlot), Bodega’s, The Bay and 1867 Bar.

Watch our recap video from last year’s festival below:

Another year of music has come and gone. With it comes a slew of newly released music, brand new artists, and another huge bump in vinyl record sales. Last year, vinyl record sales hit a 25-year high, even outselling digital music in certain locations.

The yearly event celebrates independent record store owners with a host of exclusive releases and events at certain record stores. Hear Nebraska put together this Nebraska RSD guide so you can plan your attack this Saturday.

Almost Music, 3925 Farnam St., will open at 10 a.m. and will have 100 newly arrived used titles and a handful of exclusive RSD releases. Notable specials include an extremely limited Ridgelines release, the new O+S album (out today) and a new Big Thief single.

There will also be free food from B&G’s, a raffle drawing, and live music all day, as posted below. RSVP here.

Drastic Plastic Underground, 1118B Howard St., opens at 10 a.m. They’ll have this year’s RSD releases, discounts on past RSD material, and a handful of special fringe releases. The brand new location features an expanded collection. Refreshments will also be provided while people wait.

Homer’s Music, 1210 Howard St., will open at 10 a.m. with free coffee, donuts and breakfast burritos for those waiting in line. They’ll also feature the exclusive RSD releases as well as a few rare test pressings and signed units. The proceeds from the test pressings and signed units will be donated to Project Harmony, an organization dedicated to ending child abuse. The store will also offer goodie bags with each purchase, Homer’s t-shirts for purchase and some other surprises.

Recycled Sounds, 322 N. 76th st. will be open 10 a.m.-9 p.m. and will have the RSD releases, ticket giveaways for concerts at Lookout Lounge and Dr. Jack’s Drinkery, as well as discounted material throughout the store.

Black Circle Records, 100 N. 9th St., is Lincoln’s newest record store and will be open from 11 a.m. to 8 p.m.. They’ll feature 10-percent off everything in the store, including new and used records, art, turntables, etc. They’ll also have DJ Conoley Ospovat performing on the rooftop, as well as a few others joining him throughout the day.

Roots Music, 233 N. Antelope Valley Pkwy. Suite B, will open at 11am. They’ll be doing a “Record Swap,” from 1-4, in which anybody can set up tables with their own records to swap and trade albums in front of the store. They’ll also have a sizable discount bin full of records inside.

RSVP for the record swap here.

Buffalo Records, 19 E. 21st St., will open at 8 a.m. and will feature the limited RSD exclusives and specials on their used collection.

Is your shop hosting a Record Store Day event? Add it in the comments!

Ojai enters the woods in “All I Can Ask” video

The evening woods are a fine place to settle a dispute, or at least that’s where Ojai frontman Michael Hulstein and company do so in the band’s new video.

“All I Can Ask” starts with Hulstein’s disgust at an intrusion and ends with his surrender. “What is it that you want from me now?” he begs, the tranquility of his faux-woodland surroundings and the song’s mellow tones abating his frustration.

The track will be featured on Ojai’s sophomore LP On The Mend, which drops May 5. HN premiered “All I Can Ask” and the contemplative acoustic tale “Poor Maria” last month; hear them here. The release happens concurrently with a show at O’Leaver’s with Pleiades & the Bear and Kristen Taylor. RSVP here.

Watch “All I Can Ask” below:

HN intern Lauren Farris went to Duffy’s Tavern last night for Twinsmith and Dazzle Ships. It was the former’s last show before heading out on a Midwest tour. Expect a new record later this summer. For the latter band, it was its first under the new moniker; they are formerly Life Is Cool. 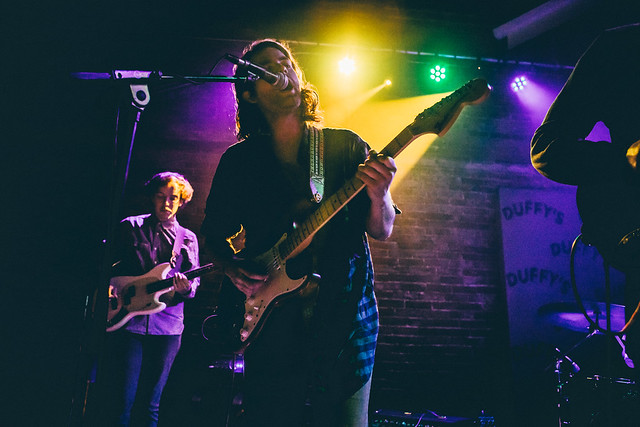 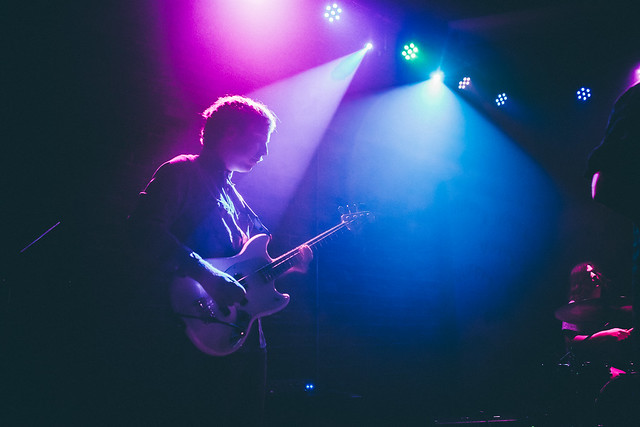 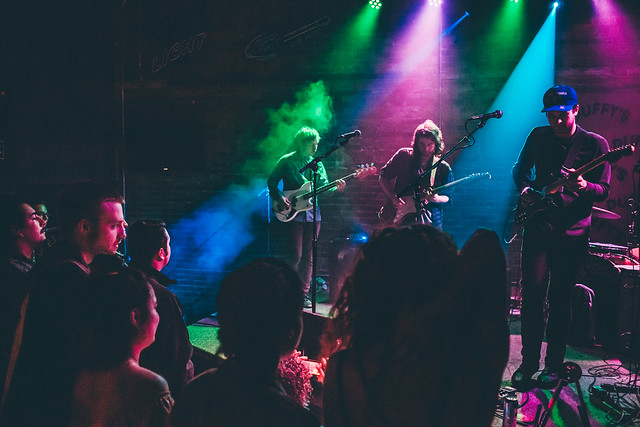 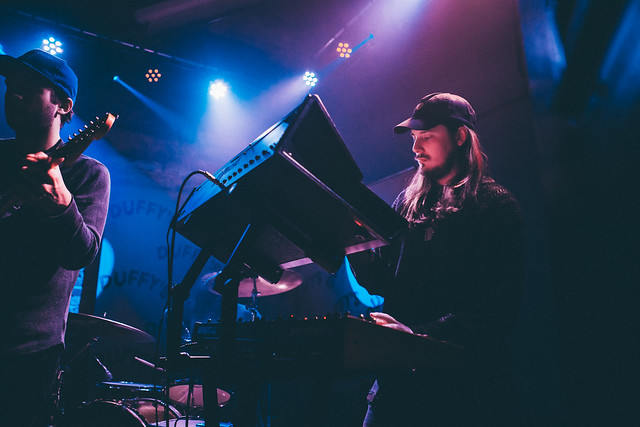 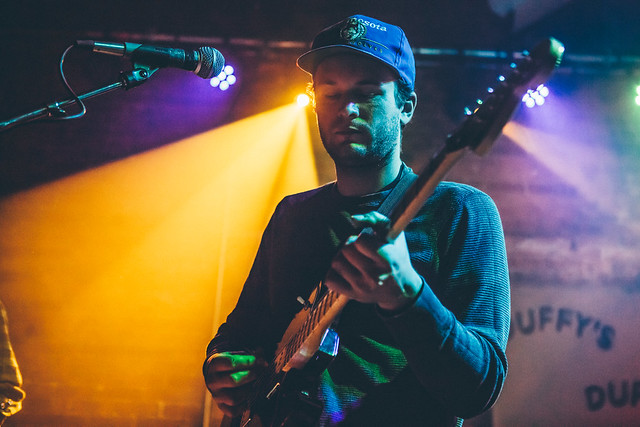 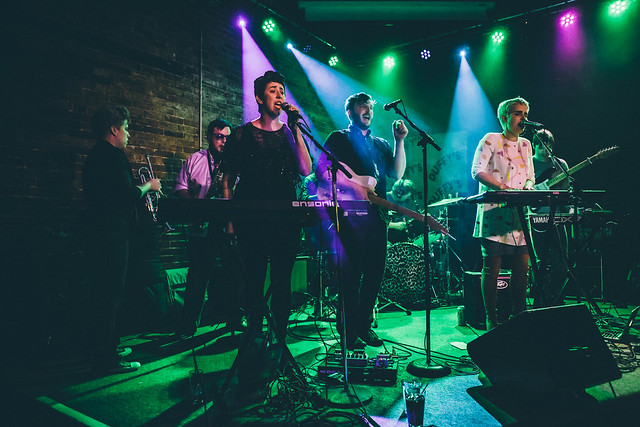 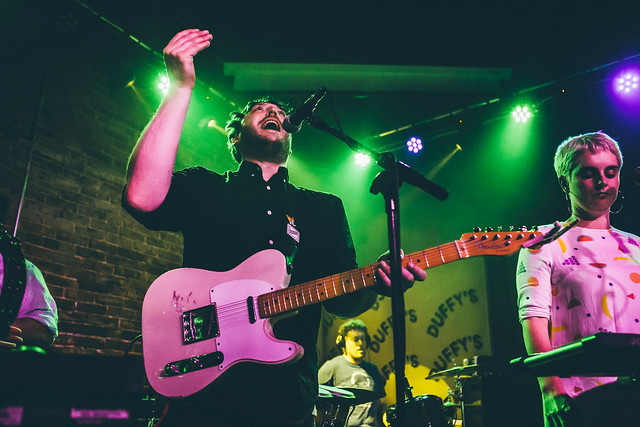 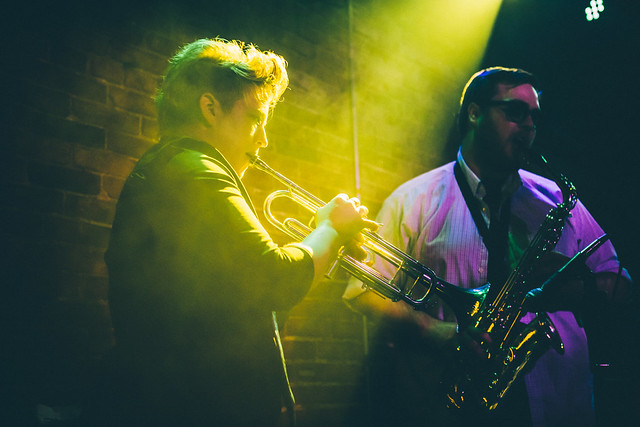 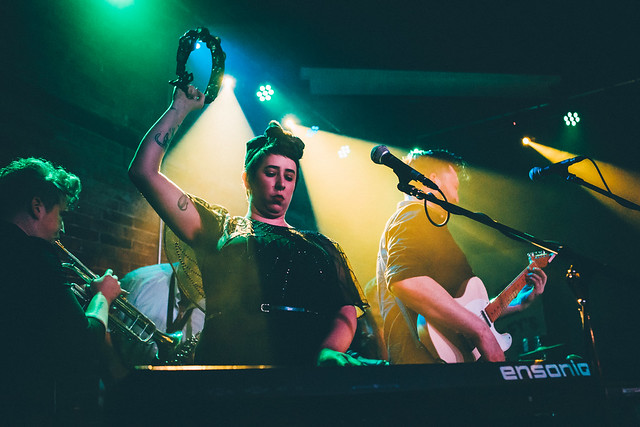 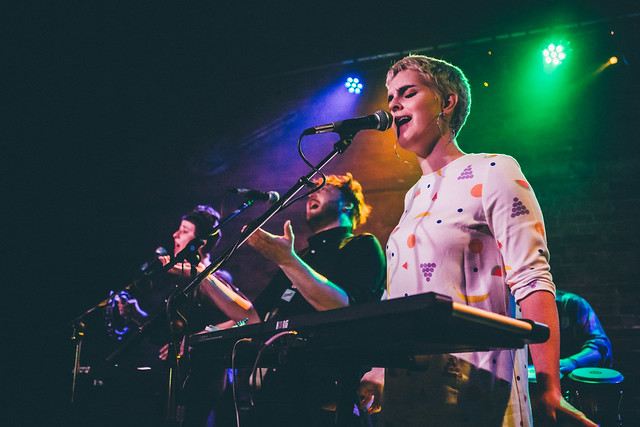 Let’s get to what’s going on this weekend. Find a full listing on our statewide calendar here. Let us know what you’re seeing this weekend in the comments. And don’t forget to tell us what we missed at news@hearnebraska.org

The Death of Crom Comedy Festival – Crom Comedy Festival throws its final party in Omaha this weekend at O’Leaver’s and Lookout Lounge. It starts tonight at the former, and features headliners Adam Cayton-Holland, Amy Miller, Andy Peters and Eric Dadourian as well as 40 comedians from around the country. The Omaha leg is one of three Crom events; the other two go down in Toronto and Denver. Founder and Nebraska-native Ian Douglas Terry chatted with Omaha comic Ryan de la Garza about laying the festival to rest and the state of nationwide comedy; read their conversation here. RSVP and find the schedule and tickets here. Hell yeah.

Moon Fest at Crescent Moon Coffee – Lincoln’s basement coffeeshop haven hosts its annual acoustic music festival. See the artist schedule below. Music starts at 1 p.m. and the show is all-ages. Admission is free, though tips will be accepted. RSVP here.

Follow us via Instagram and Twitter @hearnebraska. Email news@hearnebraska.org with any news tips, story ideas, complaints and compliments. And Lincoln office hours are now from 3-5 p.m. at The Bay, 2005 Y St. We’d love to hear from you.