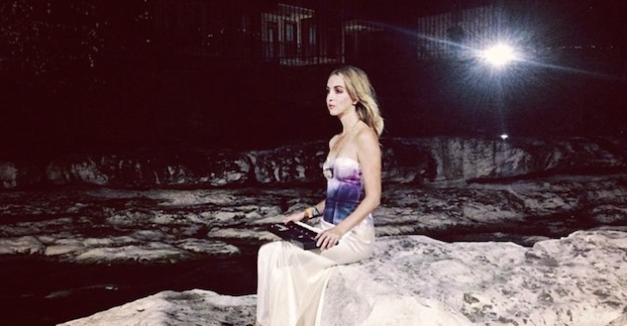 As you may have seen via Twitter and Instagram, a chunk of HN’s editorial team is down in Austin covering SXSW this week. It’s a bit all-consuming, so you’ll forgive us if we keep news brief today.

Mitch Cady, formerly of the Lincoln punk outfit Bandit Sound, also has a couple shows today with his New Jersey-based band The Everymen. That’s 3 p.m. at Cheers Shots Bar and 9 p.m. at 720 Club.

If you’re keeping up with HN’s coverage of SXSW 2015, here’s the Wednesday recaps. Thursday’s will come out this afternoon. Friday and Saturday will come out on Monday. Follow us at @hearnebraska on Instagram and Twitter for the most up-to-date look at who we’re seeing.

We greatly appreciate all the support for this project; it’s one of our favorite traditions and we hope it shows the vibrancy of Nebraska music in an enduring way. Please help us make up the last little bit of difference by pre-ordering your copy today.

With Jake Bellows, The Bottle Tops, M34N STR33T and more present — and with the record wonderfully remastered by Doug Van Sloun — we know you won’t be disappointed. Back the project at http://bit.ly/HNvol3.

Eric in Outerspace announced yesterday that the band would be playing with Peach Kelli Pop at Urban Outfitters on April 10.

Tonight and Sunday night, Reverb Lounge hosts Dream of Venus, an ensemble cabaret show, organized, in part, by Mallory Finch of Lars and Mal. The show will feature burlesque, music and dance performances with the likes of All Young Girls Are Machine Guns, McCarthy Trenching, Those Far Out Arrows, Miniature Horse and more. RSVP here. Check back on Monday for photo coverage.

There are two opportunities to see Cursive in Nebraska this weekend. Tomorrow, the band plays with See Through Dresses and Dylan Ryan Sand at The Waiting Room. The show is sold out, but the industrious among us may find a ticket. Or you can make the drive from Omaha to Lincoln on Sunday night for the same lineup at Vega (RSVP) and Cursive’s final show of the tour.

Cursive has been on tour since early February in support of Saddle Creek’s reissue of 2005’s The Ugly Organ. For the West Coast portion of the tour, Cursive took labelmates Twinsmith on the road. Now, See Through Dresses has been with the band for about a week.