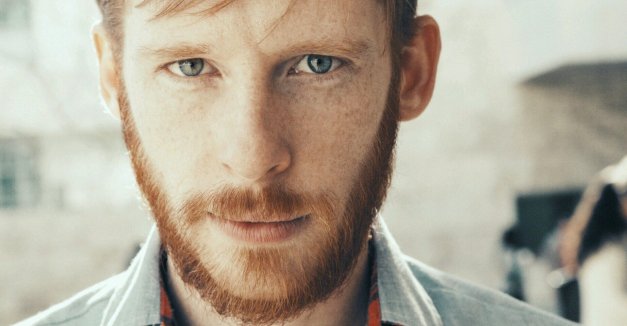 Kevin Devine is coming to Slowdown on Feb. 28 with his Goddamn Band. RSVP here.

Lately, the Brooklyn-based singer-songwriter’s production has relied more and more on a full band, veering from acoustic guitar-based solo tracks into something more akin to early Nada Surf’s gentle pop-rock.

Devine’s stop in Omaha is part of a 42-date tour that begins in early February and ends in late March. It might catch your eye that a band called Dads is playing the Omaha gig (and most of the rest of the tour), but it’s not the defunct house-show-circuit Omaha garage band you may have wanted it to be. Turns out there’s a duo called Dads from New Jersey. Who knew (other than the band’s 35,000 some Facebook fans).

Anyway, the show is also with Field Mouse, an East coast quartet that calls itself post-goth. Tickets are $13, if you get them now.

Sam Martin’s album A Notion in An Ocean drops today on Make Believe Records. Martin fronted the Omaha band Capgun Coup through the mid- to late- ‘00s. For our full take on the album, keep an eye out for today’s album review podcast. Find out where to get the album here.

In the meantime, here’s a song we found this morning where young Sam raps with young Conchance:

Between some very well-attended Bourbon gigs with acts like Tech N9ne and Machine Gun Kelly and a smattering of music videos, the announcement caps a productive year for Scru.

If you’re a regular reader of our news section, you saw Friday’s bit about cassette tape releases in Nebraska and the medium’s persistence. I talked to Eric Nyffeler, guitarist for drone band Bus Gas, which has released each of its three albums on tape. His take — it’s affordable and the physical copy is appealing. He mentioned that he’s not a tape connoisseur himself, but that it is a healthy international culture.

And it turns out there are people so embedded in tape releases that one cassette-tape podcast, Tabs Out, was able to wrangle a list of the 200 best cassettes released in 2014. Read it here.

Bus Gas’s Snake Hymns comes in at 195. The whole podcast is about three hours long, but thankfully for us they started at 200 and counted down, so 195 isn’t too long of a journey.

Yesterday my reissue of Cursive’s 2003 album The Ugly Organ was delivered. This thing is really a treat for anyone that’s fallen in love with the band or the album sometime in the last 15 years.

The remastering sounds great and LP2 comes with a bunch of songs from the same writing sessions that produced the album. For the most part, they’re good tracks, worthy peeks into a bygone era of emo-inspired music, but the release also justifies Cursive’s choice to keep them off the album. The cello that does so much to set The Ugly Organ apart from other aggressive albums of the period is there, but much of the song structure is not nearly so inventive as the cuts that made it.

As promised, the reissue comes with photos from the era, pictures of Tim Kasher’s scrawled lyrics for songs like “Art is Hard,” early concept art for the album and an intro by Kyle Ryan of The AV Club. Here’s a personal favorite bit from his introduction, referring to the sprint of work Cursive produced between 1997 and 2003:

“At the end of ‘Staying Alive,’ the ‘ghost chorus’ referenced in the liner notes sings, ‘The worst is over, Doo do Doo do Doo do Doo doo.’ On second thought, maybe it’s neither hope nor resignation, but simple relief. The storm has passed. And it was a motherfucker.”

Seriously, pick up this excellent piece of art here.

We got our reissue of Cursive’s The Ugly Organ yesterday. This thing is gorgeous.

The package includes photos and press clips from the era, ca. 2003.