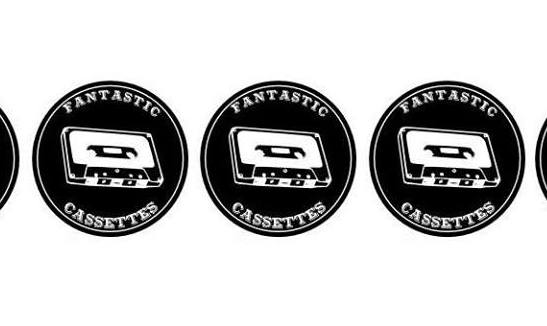 As part of First Friday, Fantastic Cassettes will host a kiosk at The Parrish Project featuring the label’s first releases, Timid Wind by Miniature Horse and a split by Lotus Leaves and I Forgot To Love My Father. The sales kiosk previews Fantastic Cassettes’ eventual move into a permanent space at The Parrish into a studio left vacant by poetry collective SP CE’s move into a larger facility. RSVP here and stop by to check out the releases and other cassettes and zines while you’re out and about.

Later tonight, the label hosts its official release showcase at The Tree House in Lincoln. The show features Lotus Leaves, Virtuopath, Miniature Horse and I Forgot To Love My Father. RSVP here.

Given the roster so far, it looks like Fantastic Cassettes is zeroing in on an anti-folk singer-songwriter sound colored with lo-fi atmosphere. Whether that atmosphere is the result of artistic vision, simply the nature of the format or some blend of those factors, well, we may never know.

In any case, cassettes might be on a very minor comeback — or maybe they never left. Drone band Bus Gas has released each album on a cassette, including the most recent Snake Hymns. Omaha’s garage punk outfit Video Ranger has at least a couple cassettes out. Noah Sterba (Yuppies), Simon Joyner and a few other Omaha faces have cassettes out with Unread Records.

Just a couple weeks ago, someone from Kerchow Records left a couple cassettes taped to the Hear Nebraska office door, one by Restaurnaut, one by Ed Rooney. You can buy them here and, by the way, thanks to whoever left these for us.

Like Fantastic Cassettes, both use folk conventions (one singer-songwriter, largely acoustic instrumentation) to make decidedly un-folk music. If these are troubadour-stories, then they’re those of the kids who were losers and burnouts in high school, who never got into The Who or Neil Young. They heard a Bob Dylan record once, but the turntable was set at an RPM too high.

It’s easy to understand the appeal. The resurgence, or underground staying power, of cassettes is inseparable from that of vinyl. For the collector, there’s the physical appeal. Like vinyl, a cassette tape comes with art and packaging, often handmade. There’s analog aspect that slightly alters the listening experience. With two sides, there’s probably intention to where the artist puts the split. It’s an invitation to engage if you’re the type. But unlike vinyl, creating cassette tapes is dirt cheap, accessible, democratic.

“One of the overall points of tape labels is that the production of cassettes is cheap enough that labels can still afford to actually support their artists and still afford promotion and production,” says Bus Gas guitarist Eric Nyffeler.

No one objectively demands you care about cassettes specifically (neither will Nyffeler, who says he’s not a tape connoisseur), but there’s clearly something there, even if it’s just the opportunity for a small community to create and release physical art to each other.

Anyway, shows this weekend. There’s quite a few. For the fullest listing, check out our events calendar.

Lincoln continues its role as a necessary stopping point for classic hip hop acts with Coolio’s appearance at Vega tonight. Local EDM artist Sharkweek opens. The show begins at 9 p.m. and It’s almost sold out according to the Vega Facebook page. RSVP here.

If you’re of a certain age, you may remember Coolio best from the opening credits of Kenan and Kel, but the Grammy-winning artist’s catalog is much more impressive. The 51 year-old rapper is best known for his 1995 single “Gangsta’s Paradise” and on his last release, 2009’s From the Bottom 2 the Top, Coolio switches up production approaches to more EDM-based beats, which helps to explain his appearance with Sharkweek tonight.

Tomorrow night at House of Loom, Todd Fink (The Faint) and Graham Ulicny (Reptar) and Kethro share the stage for DJ sets. One of the creators behind Goo, Fink is no stranger to taking Omaha stages as a DJ, but this marks the premiere of a currently unnamed Fink and Ulicny dance project duo. The Facebook event promises classic techno and house music from the duo. RSVP here.