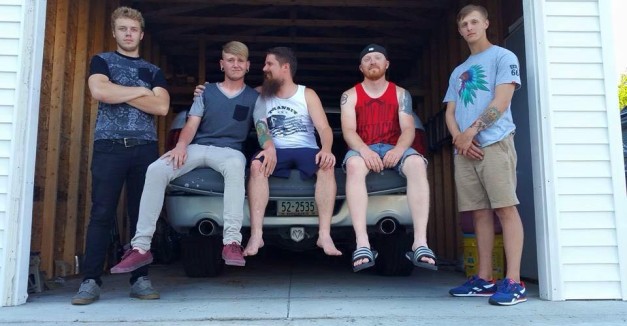 We kick off our news section today with coverage of See Through Dresses’ performance at Hear Omaha. It’s been an exciting news week for them, with long-anticipated EP End Of Days announced for this fall by label Tiny Engines. Our Samuel Bennett was on hand to snap a few photos. 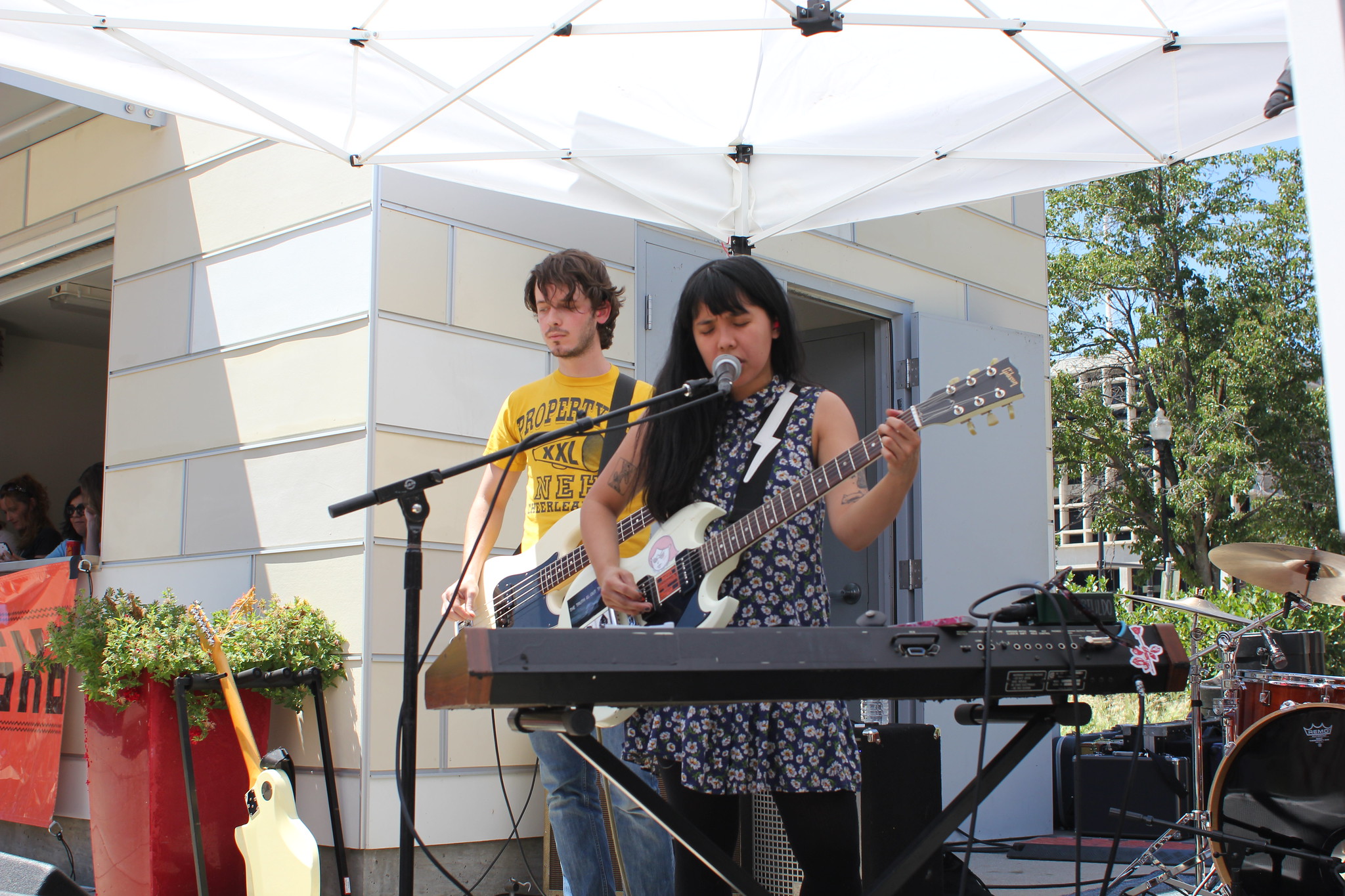 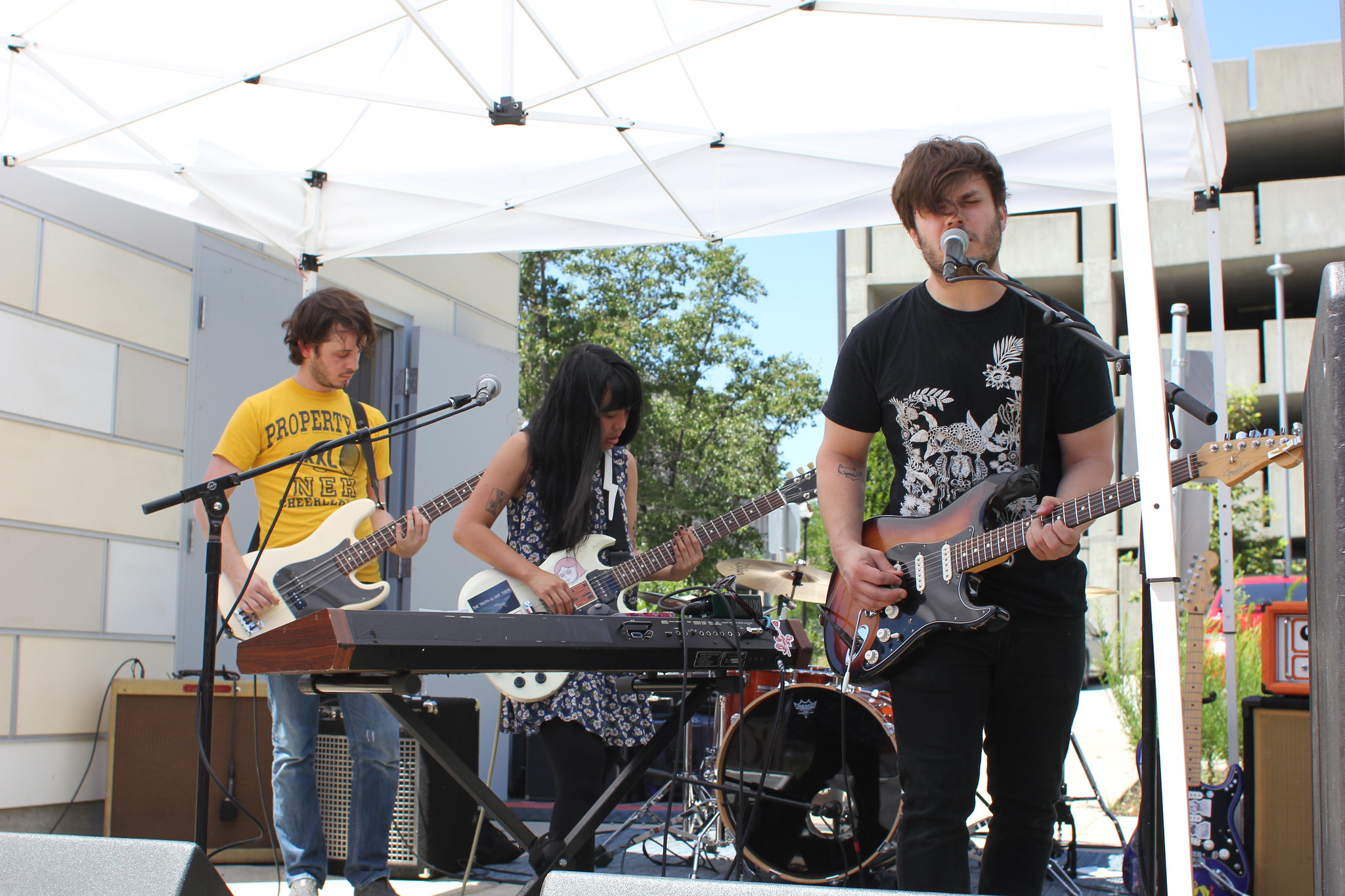 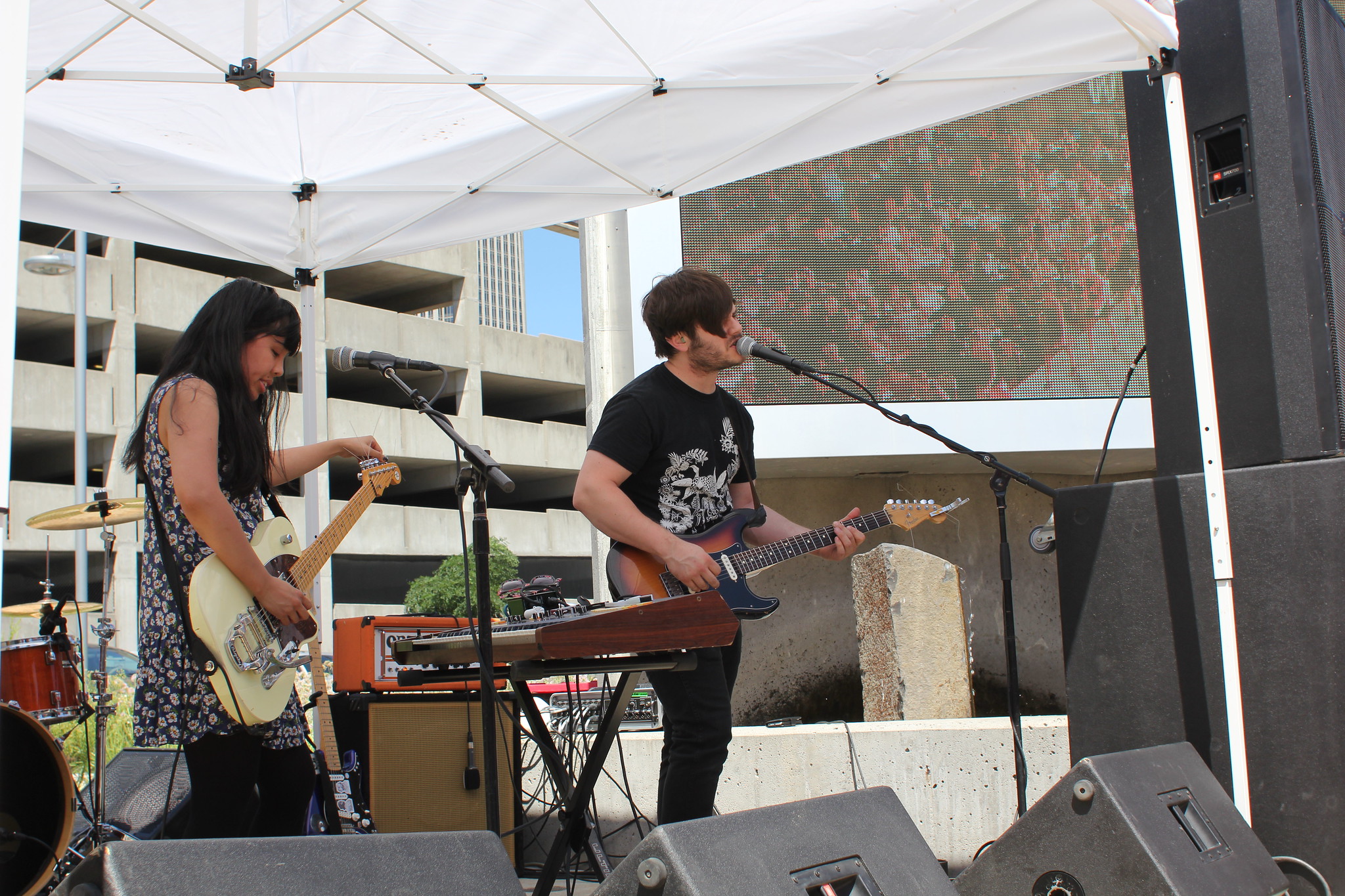 Next week, Omaha country outfit The Electroliners will take the Hear Omaha stage at 13th and Howard. Hear Omaha is sponsored by the Greater Omaha Chamber and, next week, State Farm Agent Grant Mussman.

Last night, Zoo Bar hosted a Nebraska Folk and Roots showcase with Matt Cox, Gerardo Meza Band, The Inbetweens and The Hanging Cowboys. HN contributor James Dean popped down to the blues haven just after taking photos at the State Games (which we’ll post in a feature on Monday). For now, see shots of all but The Hanging Cowboys — apologies are in order; we’ll make sure to get them next time. 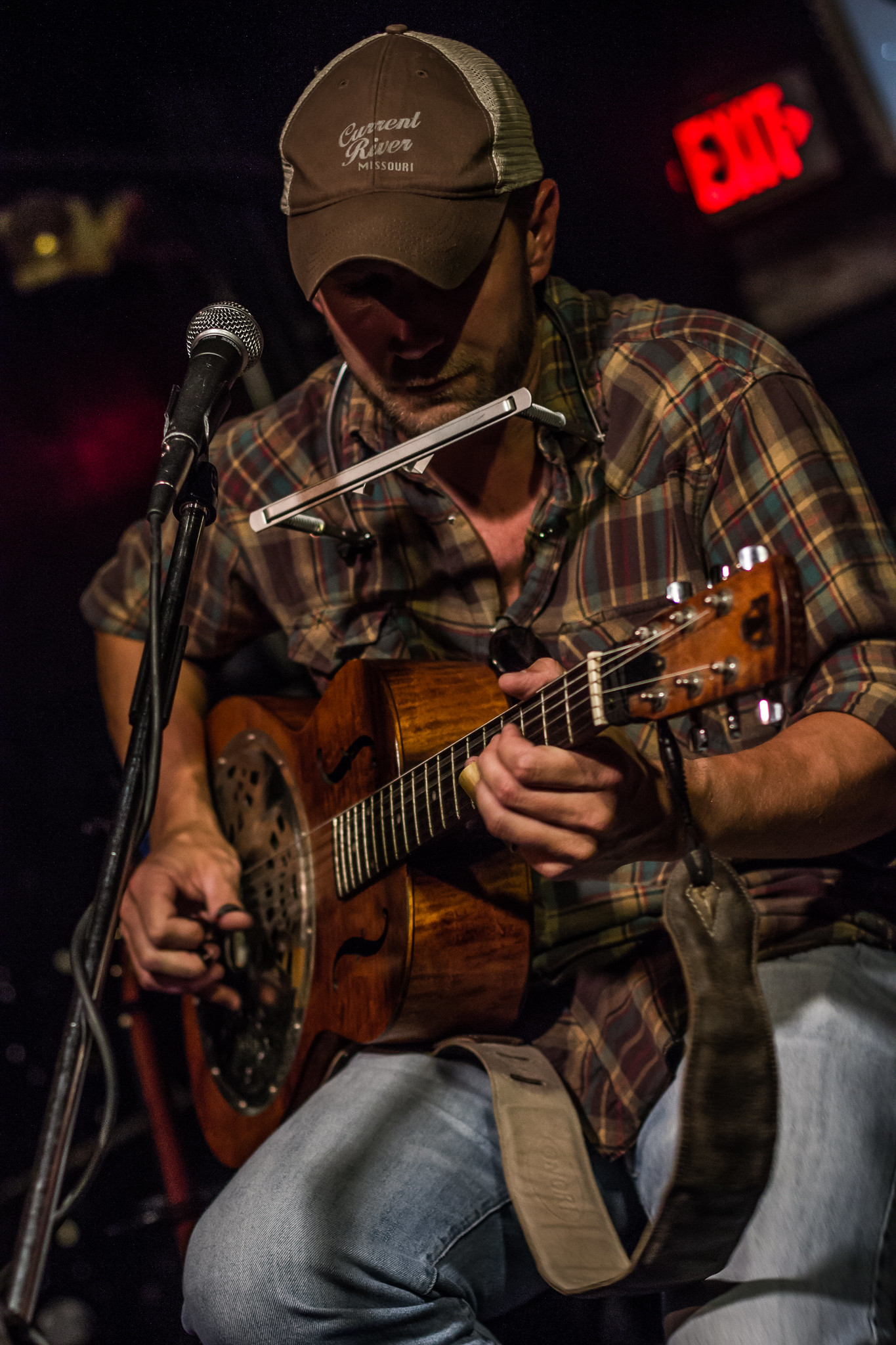 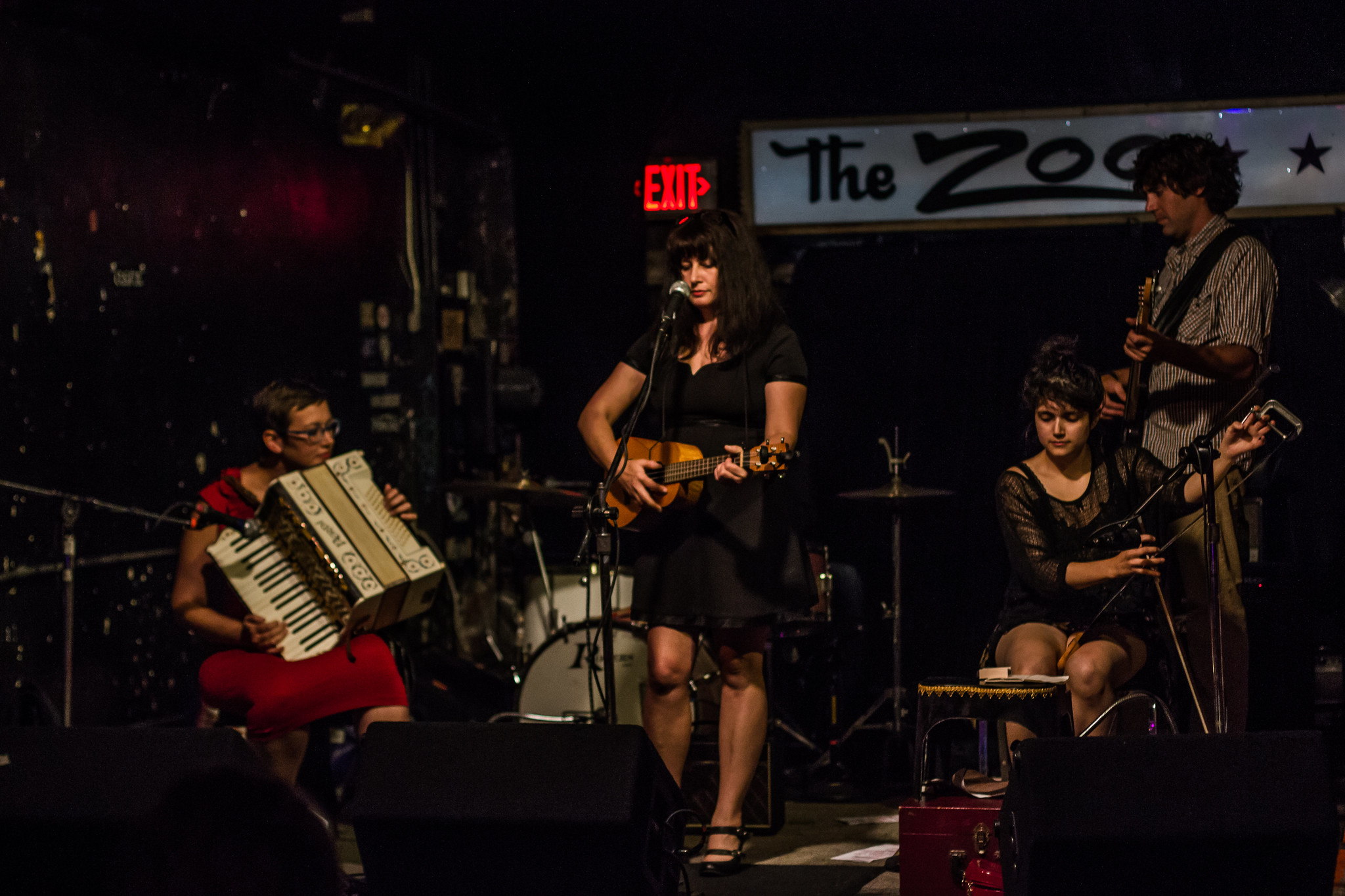 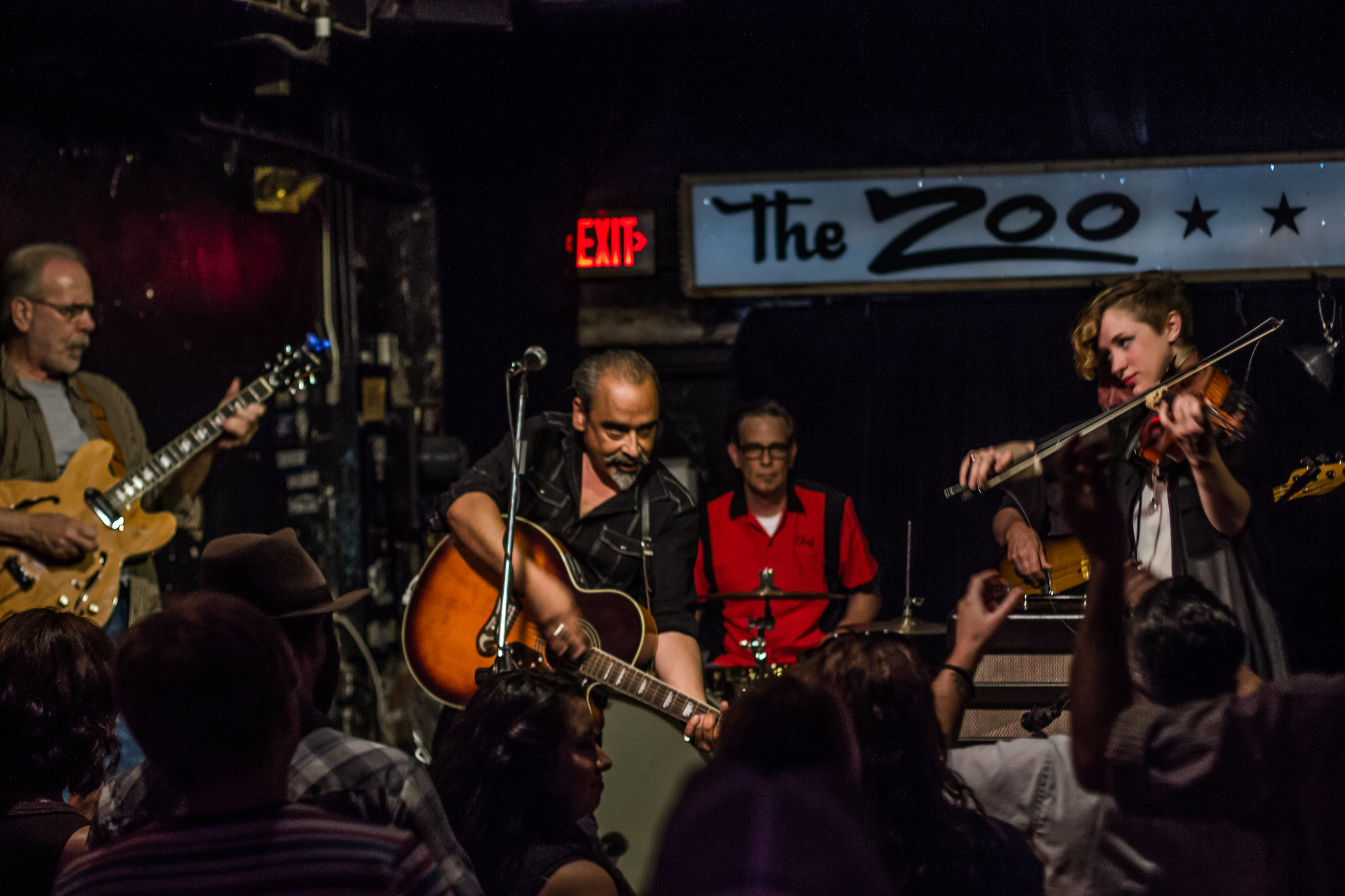 One thing about punk and its subgenres is that many of its artists wear their hearts on their sleeves. Whether through political protest, broken hearts or sentimental memories, the delivery is loud and outspoken.

Kearney pop punk fivesome This Is Whispering — comprising frontman Morgan Rezac, guitarists Josh Henderson and Kyle Novak, bassist Chance Shoemaker and new drummer Drew Bohl — minces no words on its new EP Extended Vacations. It melds chugging, near-metal riffs with anthemic vocals, changing it up and reigning in the energy for its closer. The EP releases independently on Monday.

Today, we debut that final song, “The Green Country Gravy Champion, That’s Who,” a ballad about marathon touring. It takes on an almost islander feel with a tight ukulele and campfire vocals, before taking off at the end for a singalong chorus.

This Is Whispering has also booked quick weekend outing, which starts next Thursday in Roseland, Neb.

“The Decline of Western Civilization, a peek into the gritty, visceral world of LA punk, has a reputation that precedes it. According to stories, acknowledged in interviews by director Penelope Spheeris, Los Angeles Police Chief Daryl Gates wrote her a letter asking that the film not be screened in the city upon its original release. According to Gates, the film had caused so many fans of punk bands to get into fights and commit other acts of mischief after viewing it. After its initial run in cinemas, the film gained cult status among viewers.

On Sunday, Aug. 2 at 7 p.m., Film Streams will screen the first of a two-part documentary showcasing Los Angeles’ punk and metal music scenes. Spheeris’ documentary was originally filmed in 1979-1980 and released in 1981. Decline features various interviews and performance clips from musicians such as Circle Jerks, The Germs, Black Flag, Catholic Discipline, and X.

Those who attend the Sunday night viewing of The Decline of Western Civilization will also be able to participate with director Penelope Spheeris in a Q&A at the conclusion of the documentary. Spheeris will be discussing her experiences making the film as well as her career as a director, writer and producer. She is known for the Decline of Western Civilization trilogy, as well as comedies Wayne’s World and Black Sheep.”

In a weekend chalk full of festivals, don’t forget Grassroots in Council Bluffs, which we previewed earlier in the week (RSVP here); or the first annual Hinterland Music Festival in Des Moines, which features it’s own stacked lineup (RSVP here).

And there are plenty of club gigs going on around the state. Here’s a quick round-up of the highlights:

– Power and Progress Festival in Columbus (all weekend — RSVP here)

For these and more shows, check out our statewide calendar at hearnebraska.org/events. As always, feel free to email us at news@hearnebraska.org with events, story ideas or news tips. See you out there.