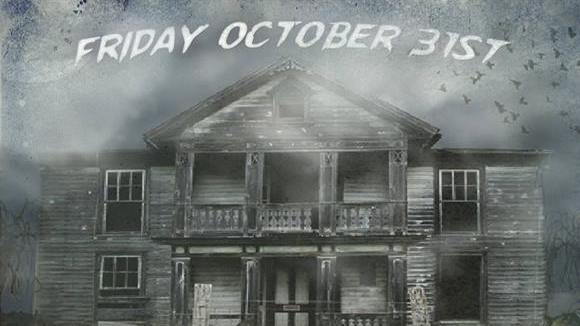 Halloween weekend means the next couple days are stacked celebratory shows around Lincoln and Omaha. And before you ask, yes, wear a costume. Here are a few highlights, head to our events page for a complete list.

Darren Keen will play a full tribute set, though he’s keeping the artist a surprise until the show but we heard it’s a well-loved local band.

As we wrote yesterday in our story on Goo, the dance party will feature DJ sets by Todd Fink, Jacob Thiele, Kethro, DJ Nater and surprise special guest.

This time around, Goo will host a costume contest with prizes from Film Streams.

Tickets are $5 before the show and $10 once the show starts. RSVP here.

Vega hosts its Halloween Monster Bash with DJs Gonzo, J. Expo, bassist Jo De La Cruz and DJ Laces. There’s a costume contest at this one too, with cash prizes for the 21+ show. Performances start at 9 p.m. RSVP here.

Freakabout and Thirst Things First play The Bourbon tonight, the sequel to a dynamic pairing at The Zoo Bar during Lincoln Calling.

Earlier this week, pop punk act Thirst Things First released a cover of Depeche Mode’s “Enjoy the Silence” to preview to the show. It’s available on iTunes. The show is $8 with a costume, $10 without. RSVP here.

Duffy’s hosts The Killigans tonight with a free-will donation cover. The folk-punk band recently released its version of the Cornhusker fight song on Bandcamp. RSVP to the show here.

Orenda Fink returns to The Slowdown tomorrow night after a lengthy national tour in support of her Saddle Creek release Blue Dream. We’ll have a feature interview with Fink later today.

Fink plays with Matteah Baim, The LCs and Anna McClellan, the songwriter in a recent Sonata Session.

Edge of Arbor releases its new album tomorrow night at Reverb Lounge with Tara Vaughan Band and The Derby Birds.

Simple Thrill is the second release by Edge of Arbor, fronted by Jessica Errett of All Young Girls Are Machine Guns. Look out for a piece on the record later today.

In February, Sun Kil Moon released Benji, a record focused on mortality. It was named as the 9th best album of the decade so far by Pitchfork. Kozelek has released a handful of live solo albums and will release a Christmas album next month.

Recently, Kozelek has been in the news for fanning flames with The War on Drugs through two trash-talking songs he’s recorded and released.