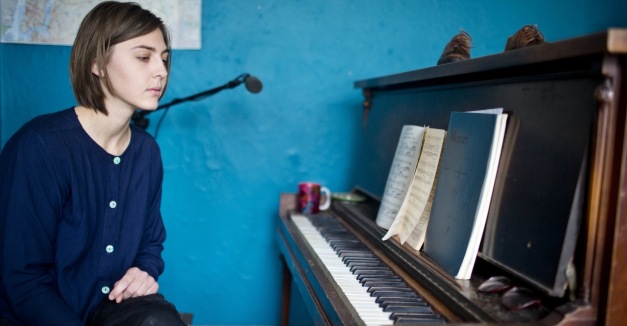 Through turbulent vocals and evocative piano, Anna McClellan’s “Midnight Storm” plays like short story caving in on itself.

McClellan, formerly of the Omaha band Howard, sets a scene with her fleet fingers of being woken by a storm and walking outside to meet it. Through piano playing that toes an extraordinary line between (what sounds like) the stylistically plodding and technically trained, the song’s speaker sinks into personal examination.

We might assume in McClellan’s two-act song that the rain brought it out in her. But, take repeat viewing of the video, and melt into the resonance of the old upright piano and the layered drone of the singer’s voice, and it’s no wonder a tune about a tempest could wash and wash until only a person is left.

You can see McClellan open for Orenda Fink’s Omaha tour top at Slowdown on Nov. 1. For now though, get your parade beautifully, dourly rained on.