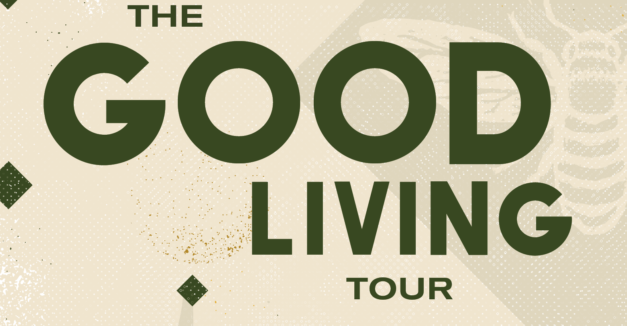 In the shadow of the Starke Round Barn one beautiful July afternoon, Lloyd McCarter and the Honky Tonk Revival induced residents from Red Cloud and surrounding areas to dance. It capped a warm, community-oriented first weekend of the second Good Living Tour, connecting rural citizens with great Nebraska bands.

Presented by the Nebraska Department of Economic Development, the 2017 tour will visit eight towns in six weekends, staging free, all-ages concerts in each of the following: Hebron, Auburn, Imperial, Red Cloud, McCook, Norfolk, Lyons and Hastings. The full schedule of dates is below.

The Good Living Tour launched in 2015 as a way to fight the perception that Nebraska is old, flat and boring. One of the most significant issues facing Nebraska communities — especially outside of Lincoln and Omaha — is a loss of young people, who think that interesting and diverse cultural events happen elsewhere. In the last 30 years, Greater Nebraska has seen a 6.8% drop in its 18-34-year-old population.

This year’s edition looks to build on the success of the 2016 tour, which drew more than 4,500 concertgoers and attracted 655,000 to its stories, live performance videos and other media. In addition to concerts featuring a diverse array of original Nebraska acts, HN will present a workshop/talk aimed at helping each town produce events like these, and growing their local music scene. We will also produce a live acoustic performance video of a musician with ties to each community and a local highlight reel showcasing each community through the lens of its concert.

Find the details at goodlivingtour.com. We announce the 2017 Good Living Tour acts on Thursday, April 27.

HN intern Lauren Farris went to The Bay Friday night for the fourth-annual Earthstock Music Festival. The concert was part of the University of Nebraska-Lincoln’s month-long Earthstock series aimed at promoting and celebrating sustainability on campus and beyond. Hip-hop duo Both and rap/rock group AZP returned as repeat Earthstock performers alongside Josh Hoyer & Soul Colossal and new Lincoln act CJ Clydesdale Band.

Farris reports that more than 200 concertgoers packed The Bay, helping Green UNL raise more than $1,000 for Lincoln nonprofit Produce From The Heart, which collects donated produce across Nebraska and redistributes it to pantries, homeless shelters and soup kitchens. Nice work! 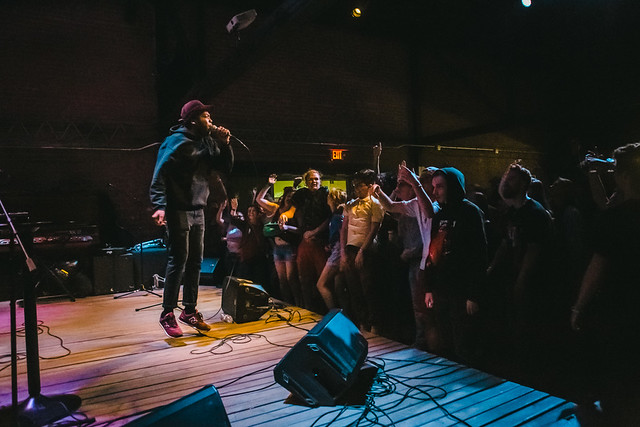 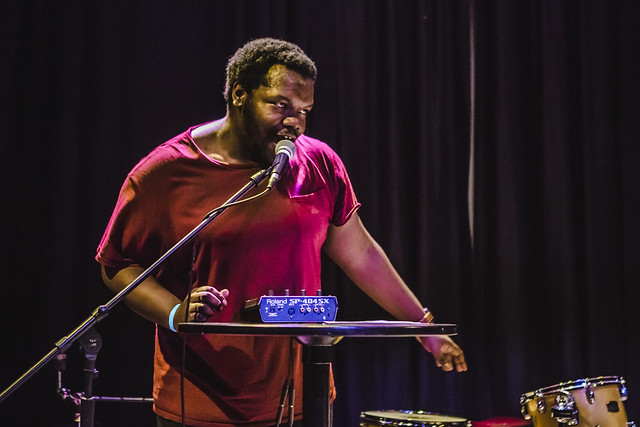 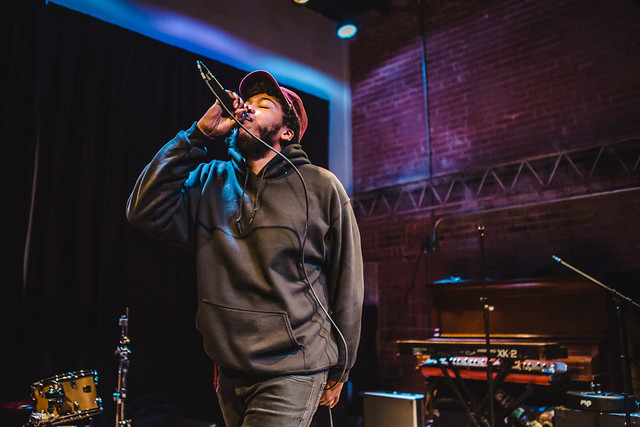 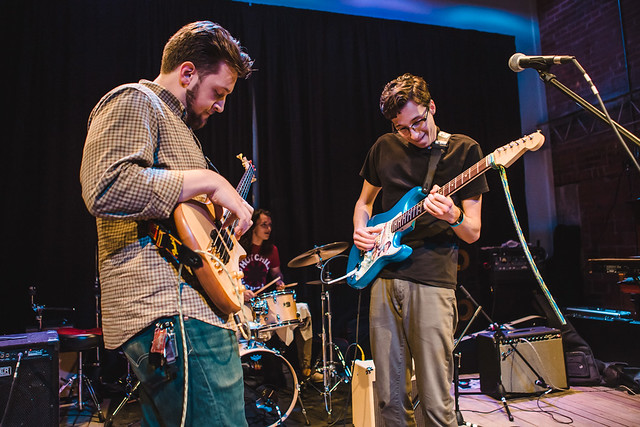 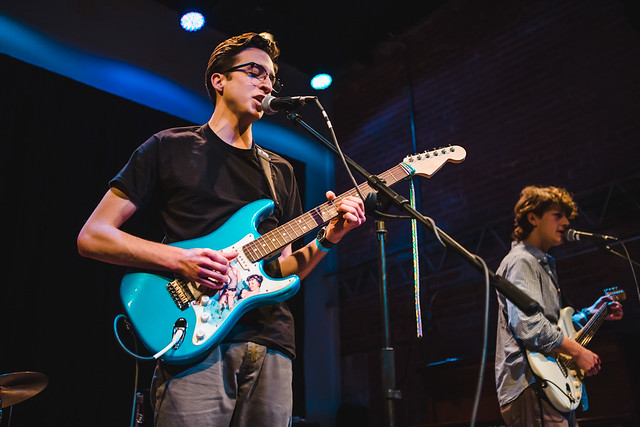 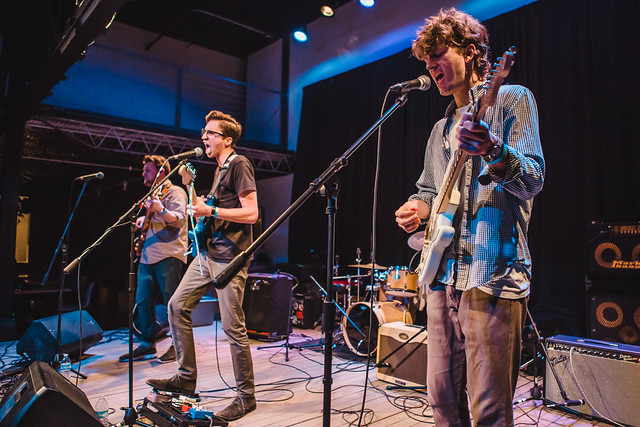 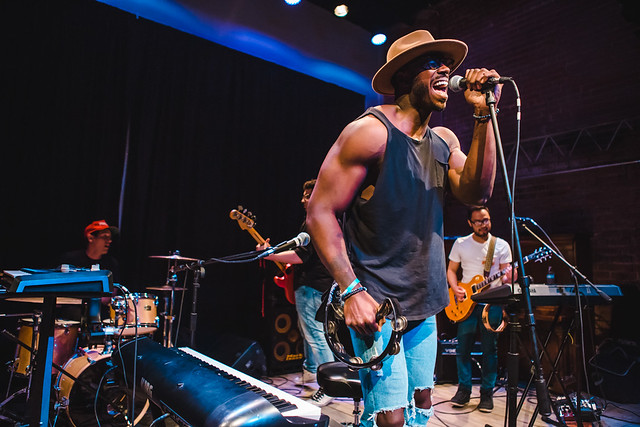 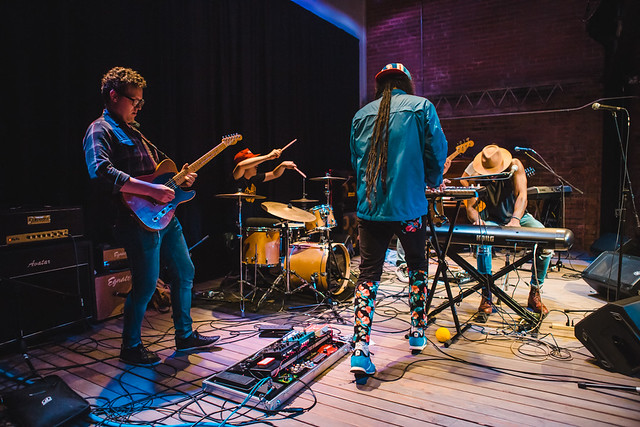 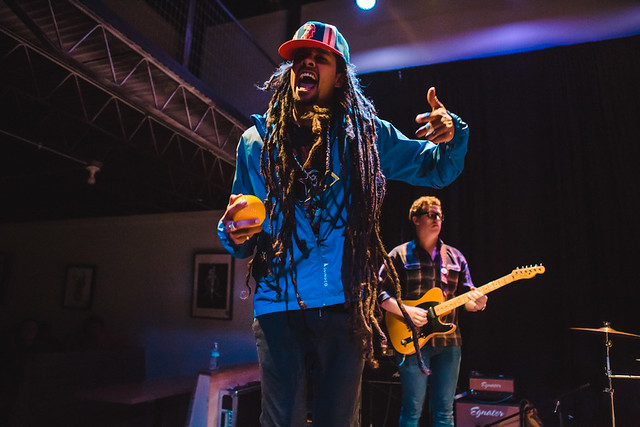 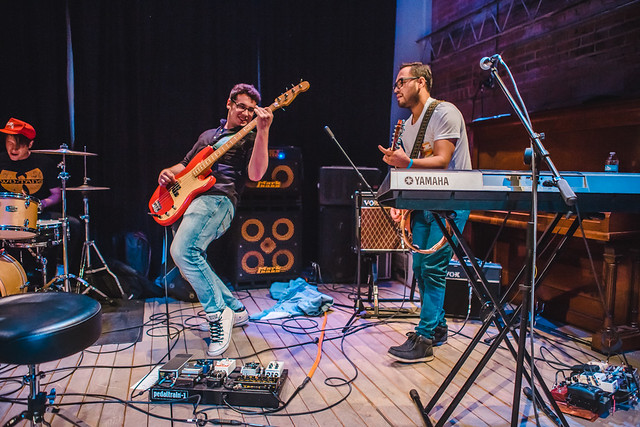 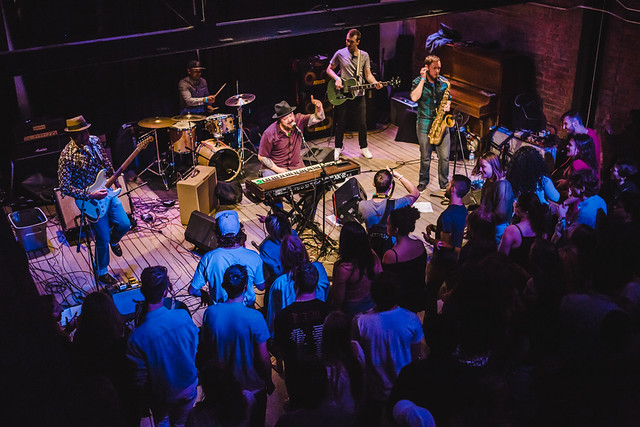 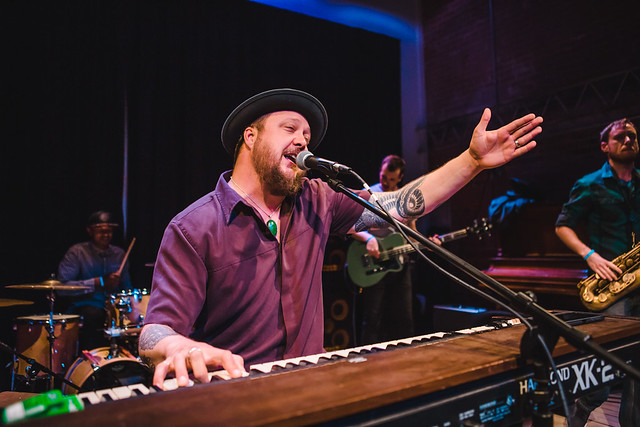 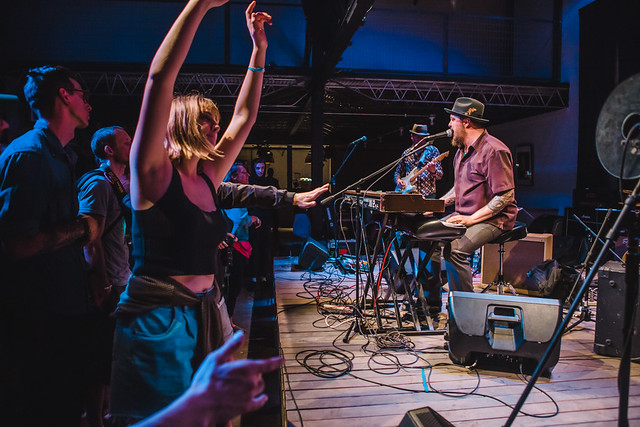 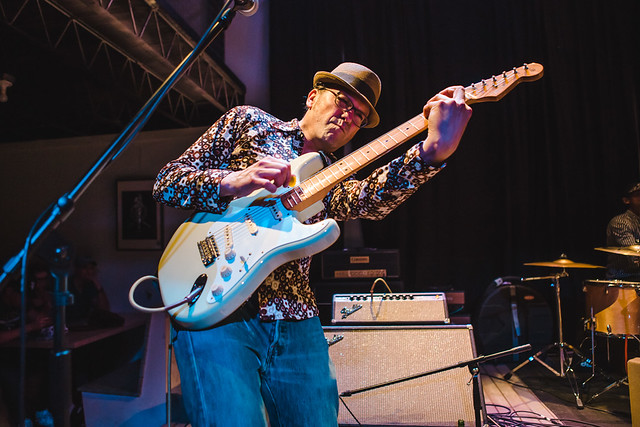 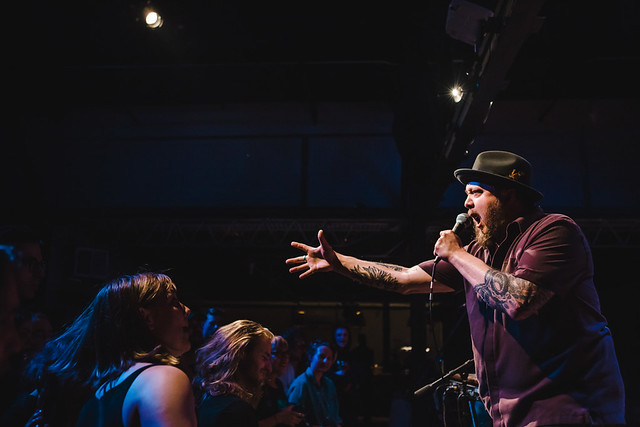 Today in touring news, a pair of Nebraska bands have announced a string of upcoming road dates.

First up is Twinsmith, who will play back-to-back dates in Omaha and Lincoln before heading across the the upper midwest. The Omaha indie rock band looks to build momentum before releasing its third full-length album (and second on Saddle Creek Records) later this summer.

Stonebelly also kicks things off this weekend, albeit on the road. The Lincoln jam rock trio will hit Iowa City and then a few dates in Chicago before picking up closer to home in May. View dates below:

Nebraska bands: going on tour? We want to hear about it. Share the details via news@hearnebraska.org.

We have a run-down of shows for tonight and tomorrow, but one quick note before we get there.

We hustle in this space to cover all corners of the Nebraska music community. Our efforts are limited only by human resources, which at the moment include one managing editor — yours truly, also charged with managing all HN events marketing and running a two-hour community radio show — and one part-time paid multimedia intern. We love our work, and are grateful to be able to pursue this passion.

As we enter our seventh year as an organization, we have some big ideas and big projects that require us to maximize our effectiveness. So, going forward, the news column will run on Monday, Wednesday and Friday. The move will allow our editorial staff to maintain the quality of the column, while managing a huge events schedule that includes workshops, the Good Living Tour, Lincoln Calling, Hear Grand Island, Hear Lincoln, Beer Nebraska and more. It will still contain the same great content, in the same place, delivered by our dedicated team with the same scope: anything and everything original Nebraska music.

IMPORTANT: If you are a writer, photographer or videographer with an interest in telling the story of Nebraska music — whatever the genre, whatever the scene — we want and need your help. In addition to interns, we rely on contributor efforts to help cover all the cool stuff that happens throughout the statewide music community. Write us — news@hearnebraska.org — and let us know what you’re interested in. Share a tip, a story idea, touring news or some song your buddies just posted to their bandcamp page. Whatever it is, HN wants to promote it. Or, come talk to me over coffee at our office at The Bay during open hours Wednesdays from 3-5 p.m. We have big things coming up, and we’re excited to work with all of you. As always, thank you for reading and caring about Nebraska music! — Andrew Stellmon

Redd Kross with Vegetable Deluxe at Slowdown – California-native alt-rock band Redd Kross comes to Omaha with its ‘80s-era lineup. The band originated in 1978 as The Tourists, founded by brothers Jeff and Steve McDonald. Following hiatus from 1999-2006, the band returned to the live stage and subsequently released a pair of DVDs in 2008 and 2010 and its sixth studio album Researching the Blues in 2012. Local lo-fi rock band Vegetable Deluxe opens the show. 8 p.m., front room, $15, RSVP here.

Overlake with Unmanned at Zoo Bar – Jersey City rock trio Overlake comes to Lincoln just ahead of its May 12 full-length release Fall on Bar None Records. Readers of the column know Unmanned has its own out as of April 7. 9 p.m. show, RSVP here.

Flatfoot 56, The Flasks, The Bricks, Tiananmen Squares at Lookout Lounge – Chicago-native Celtic punks Flatfoot 56 have been at it for nearly two decades now, propelled to national notoriety with its first to LPs Knuckles Up and Jungle of the Midwest Sea in 2006 and 2007 respectively. Lincoln celtic punk band The Flasks join Omaha street punks The Bricks and punk rock band Tiananmen Squares to open the show. 8 p.m., all-ages, $10 advance/$12 at the door. RSVP here.