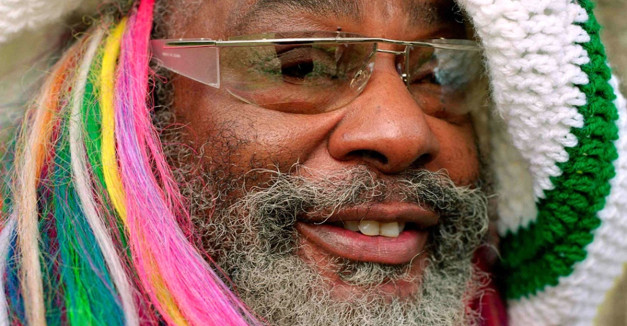 Winding up to its first album in eight years, The Good Life released another track from Everybody’s Coming Down this morning.

“The Troubadour’s Green Room” is quite the comedown from “Everybody,” which was released with the album announcement a month ago. Frontman Tim Kasher is brooding and introspective on the moody track, his voice floating, as if underwater, among his and Ryan Fox’s reverberating guitars.

Kasher narrates a once wide-eyed, optimistic performer now resigned to playing for the paycheck, the album cycle and for achievements now out of reach.

Quick mention: Desaparecidos’ Payola is out on Epitaph Records today, 13 years after the release of Read Music/Speak Spanish.

Listen to our album review podcast, published this morning, below.

Contributing writer Jeff Lawler was at Pageturners last night for Rig 1 and High Up:

Pageturners Lounge is not a huge bar, but not exactly tiny either. “Cozy” is a word that comes to mind, walking in just off the northwest corner of 50th and Dodge. Put more than 100 people in there, and it feels pretty packed. This was the scene Monday night for a free concert (part of Pageturners Summer Concert Series), featuring High Up and Rig 1.

The venue felt almost like a family reunion leading up to the show; it seemed as though many friends and family had gathered to celebrate these artists with Nebraska roots.

In its debut live show, High Up gave an ecstatic performance of retro rock and soul punctuated, by a sharp horn section. Christine Fink took lead vocal duties, and sister Orenda Fink handled guitar, backing vocals and occasional trumpet. The band was rounded out by Greg Elsasser, Josh Soto, Eric Ohlsson and Jason Biggers on electric bass, trombone, keys and drums. They opened the set with a couple of ‘50s style rockers, and then switched it up with more traditional indie rock, as well as several powerful soul numbers. Several of the songs were primarily keyboard-based, with guitar adding color. The drum and bass rhythm section provided a driving backdrop for their emphatic soul sound.

Hip-hop act Rig 1 (a.k.a. Ian McElroy of Desaparecidos note) took the stage not long after. He was joined by drummer Clark Baechle of The Faint, giving real oomph to his trippy, psychedelic electronic beats. Early in the set, Orenda Fink even hopped on stage to provide some backing trumpet.

The sheer volume of words mixed with the thumping bass from the backing track and crackling drums made for a dynamic performance. A standout was the slinky track “Mindfucker,” which was the winner for catchiest hook of the night. The crowd was locked in on McElroy as he swayed and bobbed around the stage, rhyming about everything from the nature of existence to how we’re all becoming computers.

The Bourbon is fixing for a packed national show tonight with the arrival of legendary psych-funk ensemble George Clinton and Parliament-Funkadelic. The band, which runs a musician rotation about 20 deep these days, is in its sixth decade of writing and touring. And its colorful and alien bandleader has been somewhat re-appreciated by the music media this year. Clinton appeared on NPR’s Wait, Wait … Don’t Tell Me, and collaborated on a song with Kendrick Lamar.

We touched on Clinton’s style and legacy last week when we profiled the long-gestating new record from Lincoln’s Lucas Kellison. Bizarro Love had been in the works for five years, ever since Kellison recorded with Clinton and P-Funk in 2010. Kellison opens Tuesday night’s Bourbon show with Josh Hoyer and The Shadowboxers.

Across the street at Duffy’s Tavern, it’s Dad’s Beer Night, which means you’ll have plenty of empty aluminum to toss at Universe Contest. They play with Gainesville, Fla., psychedelic act Ancient River. The duo of J. Barreto and Alex Cordova self-released their sixth LP Keeper Of The Dawn in April, and are in the throes of an extensive U.S. tour. RSVP to the show here.