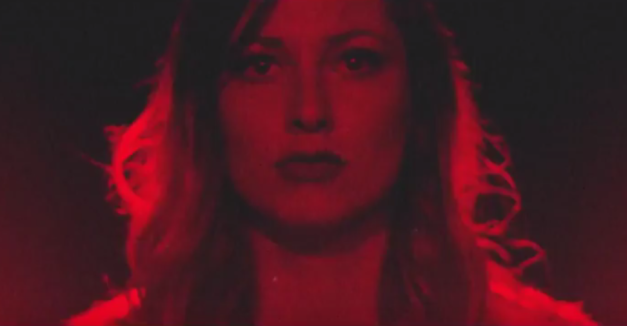 Say the name “Freakabout” and the first thing that comes to mind is probably Cortney Kirby’s dynamic, booming voice, capable of carrying a slow burner or an all-out romp. In the band’s first new music since its 2015 full-length debut, it seems that voice has only gotten stronger.

The Lincoln rock quartet has released new single “Yellow Light” along with an accompanying video. It’s the first look at new music since Don’t We All dropped in March 2015, and will appear on the band’s forthcoming sophomore effort later this year.

Despite a pair of lineup changes in the two years since, “Yellow Light” is textbook Freakabout, a marriage of Kirby’s smoky yet powerful vocal style and guitarist Aaron Galvan’s scorching riffs. Bassist Ben Frerichs and drummer Ian Francis (Low Horse, Machete Archive) make a formidable rhythm section and give the track its thudding heartbeat. And the video itself, strobe lit and disorienting, splices retro-style horror movie shots with bright performance footage, amplifying the band’s dark aesthetic.

Watch “Yellow Light” below and download the track via Freakabout’s Bandcamp page here.

In the thick of the run-up to his forthcoming solo album, Tim Kasher has shared a second new single.

The Cursive frontman has premiered “Break Me Open” via Stereogum. The subdued track will appear third on Kasher’s No Resolution, due out March 3 on the band’s new label 15 Passenger.

“Break Me Open” is sparse at first, budding into a lush, orchestral movement. It seems to indicate Kasher’s exploring a gentler side of his songwriting while exploring his penchant for album-spanning narratives. Indeed, the album was written in conjunction with his first feature-length film of the same name.

Listen to the track here and pre-order the album here. View Kasher’s full tour schedule below.

Floating Opera, The Talbott Brothers, The Regulation and more on HN Radio

A new week means a fresh HN radio playlist running at the top of HN’s homepage.

This week, we’ve included new tracks by Floating Opera and The Regulation, both of which released new albums over the weekend (for the former, its first in eight years). The Talbott Brothers have an album on the way, and their first single “Wanderer” — which we premiered earlier this month — appears on the playlist as well; their new record Gray drops Friday, Feb 10.

HN Radio also features submissions, this week by Lincoln rapper Phippa, Jacob James Wilton (Jake Newbold of Super Ghost) and Mitch Gettman. Hear the full playlist below and stream it all throughout the site.

Tonight, Duffy’s Tavern hosts Emo Night Part II with DJ Party Poison and Lady SoSad. It’s Dad’s $1 beer night, so no cover, but donations will be accepted at the door for the DJs. 10 p.m., 21-plus, RSVP here.

Map your week in shows with our statewide calendar here. If you do not see your show or one you plan to attend, email us at news@hearnbraska.org or submit yourself via our contribute feature here. Use that same email to send news tips, story ideas and song submissions for HN Radio.