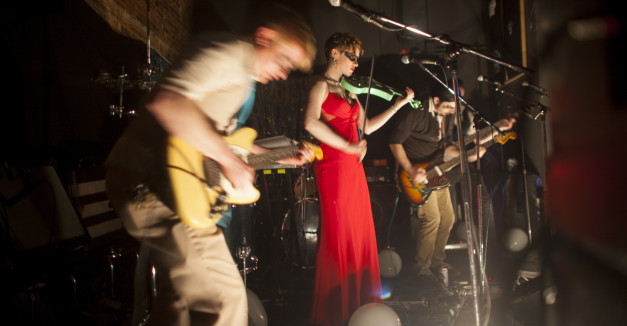 Nebraska Folk and Roots festival returns to Lincoln for its second year this summer.

The festival announced yesterday that it would take place on July 31 and Aug. 1. Last year, the three-stage event took over Lincoln’s Railyard stage, a corner the Railyard’s Public Market and Vega for two days. Folk and Roots is an opportunity to celebrate Lincoln’s Americana-music community by both prominently featuring local acts and welcoming touring bands to town.

This year, Folk and Roots Festival is at Branched Oak Farm, about 20 miles north of Lincoln.

While the festival-proper is just two days, associated shows begin as early as April. On April 10, The Bourbon hosts a kick-off party for Nebraska Folk and Roots (RSVP). The show, featuring Lloyd McCarter and the Honky Tonk Revival, Jack Hotel, Bud Heavy and the High Lifes and Brad Hoshaw and the Seven Deadlies, is $5 or free with purchase of a $15 pass to the festival. Initial lineup announcements will be made in conjunction with the kick-off show.

In hosting their annual “Winter Formal” on Friday, the new Universe Contest finally seemed fully relaxed and in control.

It might be appropriate to say that after its 2015 Lincoln Exposed show, Universe Contest was “back,” but Friday marked the first time since rolling out the new additions of Chris Johnson, Jordan Elfers, Saber Blazek and Jordan Ellis that every aspect of the night screamed UC. The glitz of the stage decor and photo booth was a nice touch for the formal theme, and seeing everybody from musicians to bar staff all gussied up made it feel like a real party. But it all favored the straightforward over the ostentatious.

The feel of their performances has shifted accordingly. Friday’s set in particular seemed built around guitarist/vocalist Joe Humpal, and the way his and Tim Carr’s riffs swirled around each other. Both old songs and new drove forward powerfully. The set’s climax, old favorite “Curf Sity,” exploded from the stage as the increasingly sweaty crowd frenzied.

I noticed at one point that the flying beer-can count might have been the lowest I’ve seen at a Universe Contest show (my wool jacket appreciated that). I wouldn’t go so far as to say that the changes they have made spurred it – there were still loads of balloons and more propelled aluminum than the average night at Duffy’s. But if felt like more people were entranced by the performance itself rather than its frills. 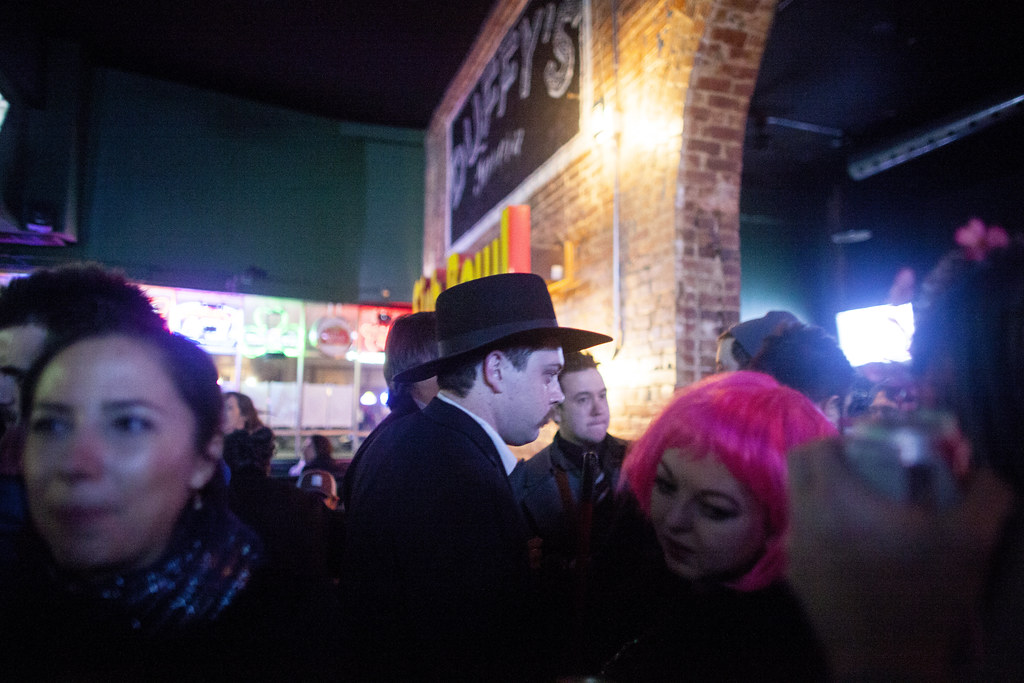 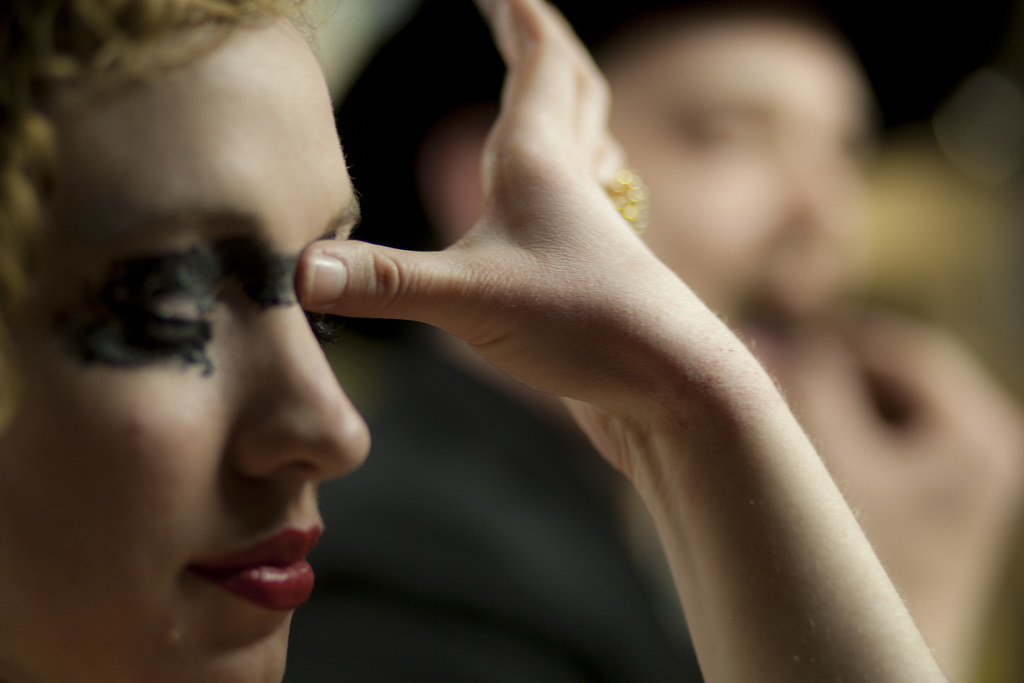 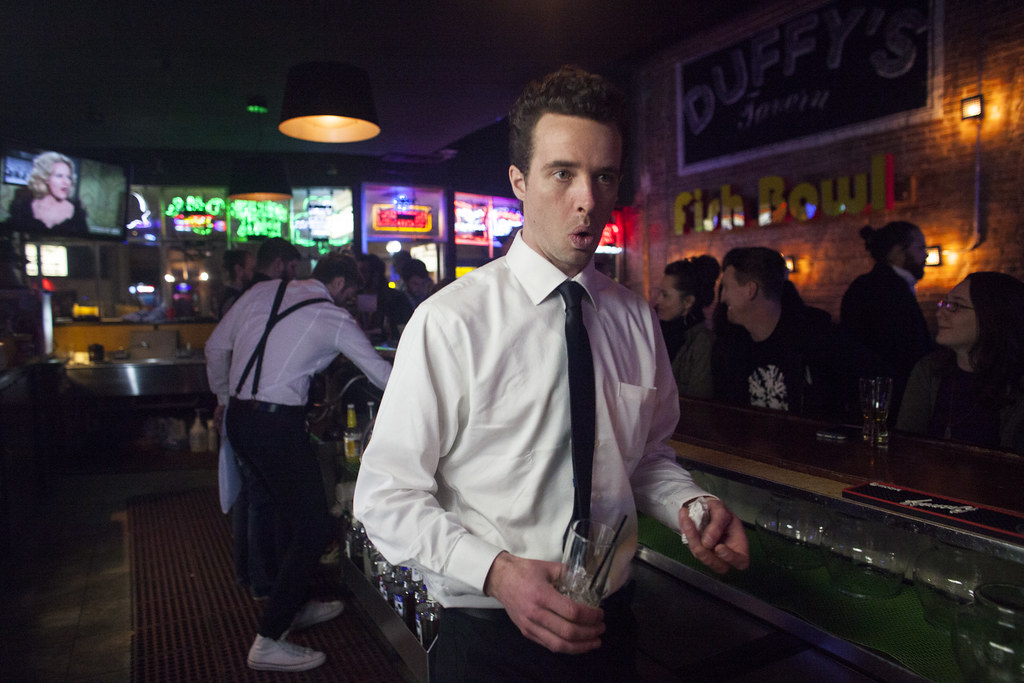 Above: Even the bartenders were dressed for the occasion. 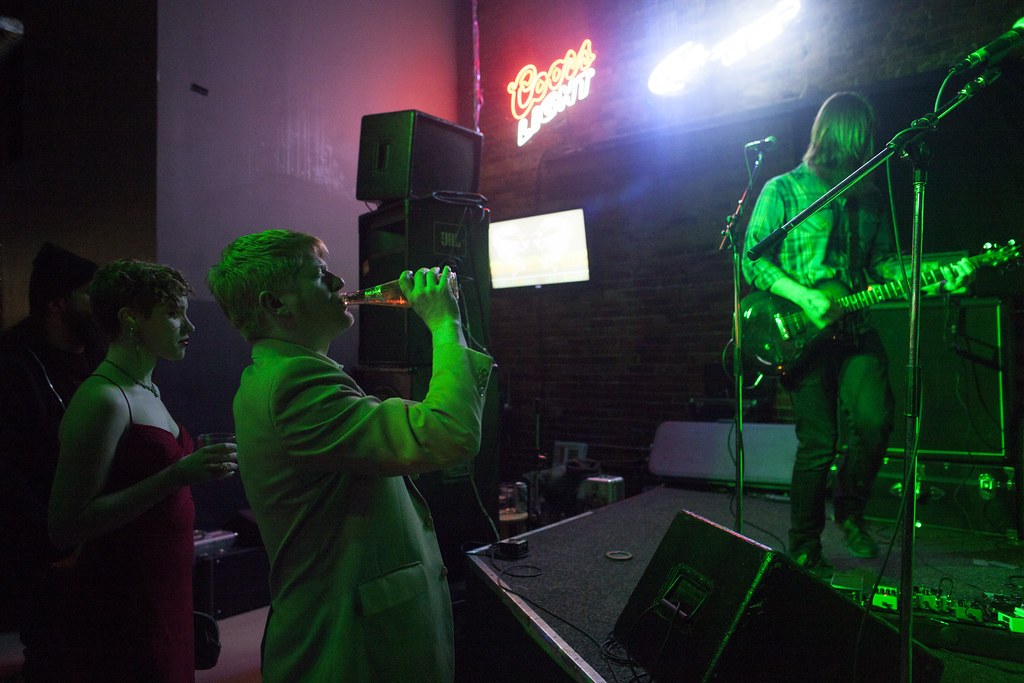 Above: Tim Carr and Jordan Ellis take in Sioux Falls’ Talk Rock before taking the stage themselves. 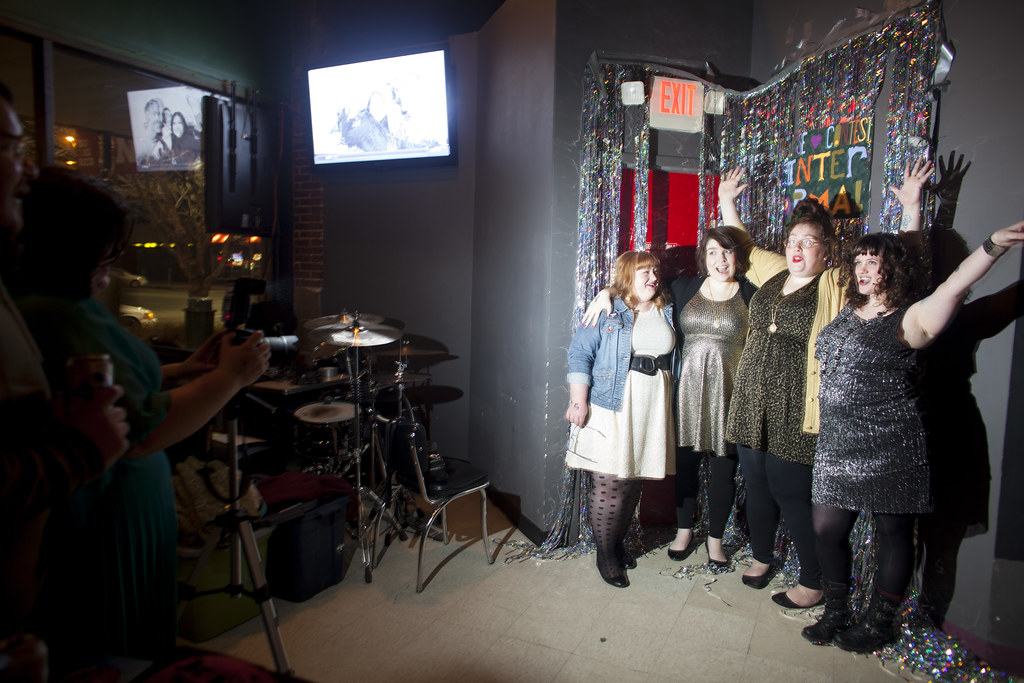 Above: Patrons and musicians take their turn in the Winter Formal photo booth. 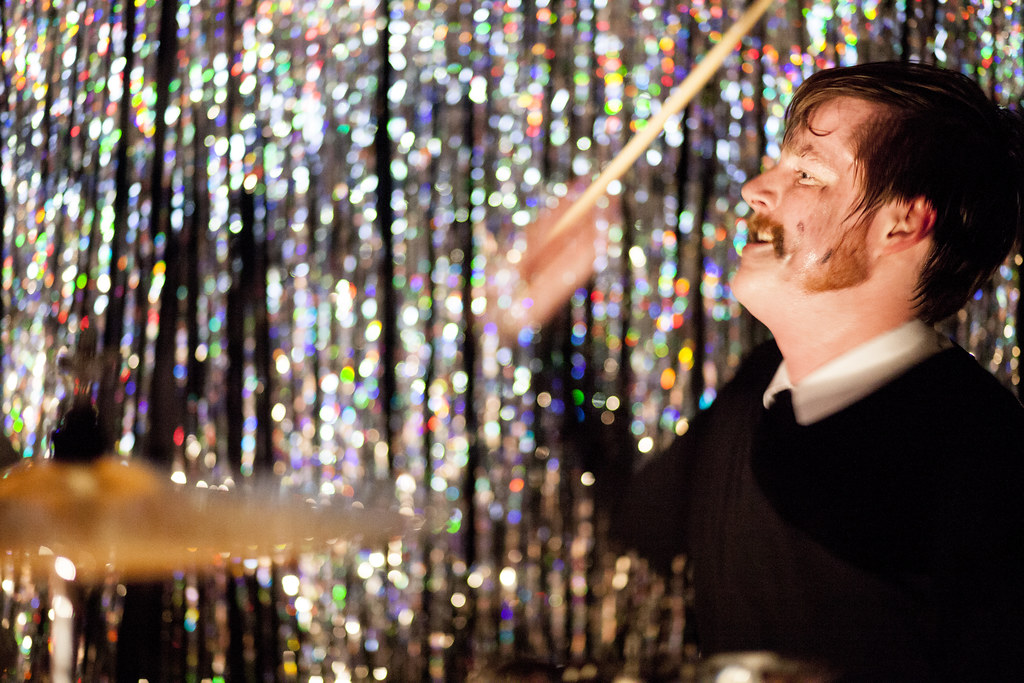 Above: Drummer Jordan Elfers, draped in a glitz backdrop, locks down the rhythm section.

One of the new Saddle Creek signees, Philadelphia’s Hop Along, announced details for its first release with the label. Painted Shut will be available May 5. Preorder it now and it will be in your hands by April 21. Hear a new track from the album below.

Hop Along also announced a batch of tour dates, including a June 4 Omaha stop with Field Mouse and Lithuania (RSVP).

This morning, One Percent Productions added Best Coast to the top of an already attractive Waiting Room bill with Unknown Mortal Orchestra and Bully. Tickets for the June 9 show are on sale now for $20. Best Coast’s third full-length, California Nights, will be out May 5. RSVP here.

Tonight at The Hideout, Guttermouth, Counterpunch and The Shidiots play (RSVP). Skate punk outfit Guttermouth has released nine studio albums over the last 27 years. With deliberately explicit and often offensive lyrics, the band has made a name for itself on its aggressive demeanor.

Talib Kweli and Immortal Technique play The Waiting Room tonight (RSVP) with NIKO IS, CF and Hasan Salaam. Brooklyn-based Talib Kweli who rose to prominence over the last 20 years on lyrical-finesse and a social-consciousness. Tickets are $28.