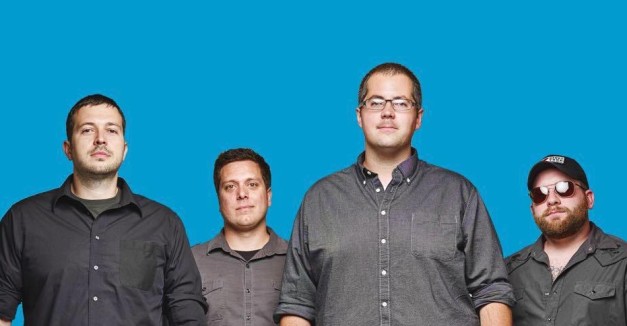 The Omaha quartet’s self-titled album isn’t lacking for thick sound or heartening message. From lead-laden “Tunnel Vision” to the soaring, mid-tempo “The Fight” to the crunchy “You’re There,” Flight Metaphor fills all corners of the album with beefy guitars, a heavy rhythm section and frontman Mike Harvat’s earnest vocals. Even ballads like “Hold Fast” and “Heavy Soul” pop and crescendo at their conclusions.

Flight Metaphor will celebrate the release of its self-titled album Saturday at Slowdown with Rock Paper Dynamite, Through The Stone and Pelican Rodeo (RSVP here). Founded in 2007, the band comprising Harvat, guitarist Cody Villarreal, bassist Bradley Tyler Moore and drummer Bill Harvat has spent the last three years recording Flight Metaphor in the wake of a lineup change. It was mixed and engineered by Cody Bailey at Bailey Recording and mastered by Doug Van Sloun at Focus Mastering.

In advance of the show, hear “Tunnel Vision” below:

This Saturday, a group of Lincoln musicians will band together to aid community member Loene Hollis, who was recently diagnosed with brain cancer.

The Bottle Tops, The Roths and Lloyd McCarter & The Honky Tonk Revival will play the Pla Mor Ballroom to benefit the Hollis family with medical expenses related to Loene’s diagnosis. After receiving the news in June, Hollis underwent surgery to remove the tumor, but it’s location near her brain stem prevented doctors from ridding her of it entirely. Thus, she is currently undergoing a year of chemotherapy, which she began in September.

Doors open at 7 p.m. for the 8 p.m. show. Tickets are $10 for one, $15 for a couple, and include food from Billy’s Restaurant for the first 150 people. There will also be a raffle and silent auction. RSVP here. If you cannot attend but wish to make a donation, visit Loene Hollis’s GoFundMe site here.

As always, head to our statewide calendar at hearnebraska.org/events for a full listing of tonight’s shows. If you do not see your show or one you plan to attend, email us at news@hearnebraska.org, or add it yourself. And keep those song submissions, story ideas and news tips coming.