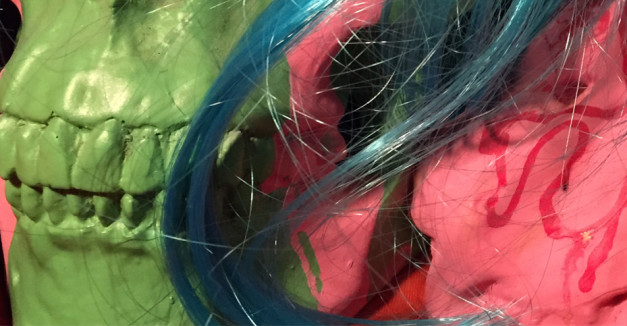 Jason Meyer, the sole constant and mastermind behind the Omaha synth-pop band, says he started working on it almost immediately after the March 2013 release of Mysterious Knowledge/Unknown Colors.

For years, Talking Mountain has been as much about aesthetic choices as sugary, synth-driven pop music. Meyer engineers elaborate and engaging sets for shows, complete with fog machines, lasers, monolithic podiums and masks. Lately, Meyer has turned that theatrical taste to his current project, Feel Tight.

Knowing that the two tracks are pieces of an unreleased work, previewing an Omaha fixture’s final show, they feel heavy and woeful next to anything nearly as light-hearted as “The Abominable Abdominal Snowman.”

Compared to the light tone and persistent cymbal-beat of the original, the reprise of “Your Brains Must Have Leaked Out” sounds reinterpreted as a cathedralian funeral dirge at the church of Talking Mountain.

“Trees and Caves” spends its first half building to something moodier than most of Talking Mountain’s repertoire. The synths are there twisting the atmosphere, but there’s little life in Meyer’s vocal delivery, replaced by a sense of regrettable duty.

Standing at the mouth of a cave, the narrator says “All I want is to walk away.”

And after six years of releasing music, that’s finally the case for Talking Mountain.