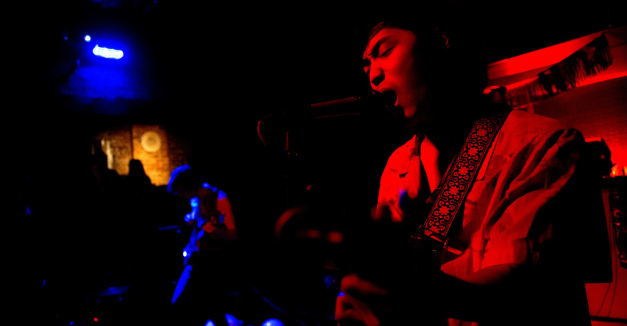 I don’t think we’re shocking anyone by saying this: Compared to many of our diehard readers, our editorial staff (Chance Solem-Pfeifer and Jacob Zlomke) are still relatively new to Nebraska music scenes. We weren’t around for Bright Calm Blue, For Against, the cusp of the Saddle Creek boom, Mousetrap, a hundred other defunct bands and moments of scene-history. We admit this.

So when we write about the loss of bygone bands, people might look at us like the kid who just lost his first gold fish. But they were our goldfish, and when you write about Nebraska music every day, 2011 seems like an eerily long time ago.

So here’s to you, you recently departed. Today, we’re celebrating a handful of bands to which we barely got to say goodbye.

Let’s not argue semantics. Some of these bands may never have announced a break-up, but let’s agree they’re not around. Unless you write us to say you are the band and you’re working on something new! Then it’ll be a welcome rebuke.

The pleasure of Sun Settings for me was always how guitar-pop sensible the dual solos of Matthew Tillwick and Corey McDaniel would end up being, but how little of a damn the soundscapes or vocals gave. It made Sun Settings a great Omaha basement and party band circa 2011-12, something high school and college students could really shout about, without the feeling like they were about to lose intimacy with their pals. Pieces of the band live on in Coaxed, which plays next Thursday at Sweatshop Gallery.

If you’ve never thought that prog metal could be orchestral, you probably never saw Masses perform live. The instrumental band works in movements and layers like Gustav Holst’s Planets suite, if Holst had grown up on Trivium records.

A share of talented instrumental bands have come and gone from Nebraska in the last several years (one of them reconvenes on New Year’s Eve). And while most have written and played with the same admirably intimate knowledge of how their instruments work together, very few have done it with Masses’ truculent edge.

We’ll also sorely miss the juxtaposition of tongue-in-cheek titles like Smother Nature and “Gringo Starr” with the intensely serious and focused stage-presence.

Nebraska’s pop music scene got a little less experimental with the departure of UUVVWWZ after the release of 2013’s The Trusted Language on Saddle Creek. From key and time-signature changes, Teal Gardner’s tilt-a-whirl vocals to a tone that can flip like a switch between dulcetly moody and aggressively moody, listening to a full UU album (there are two) is something like listening to pop music from an alternate timeline.

The real tragedy of UUVVWWZ’s end is the feeling of lost potential. Where the self-titled debut showcased a raw but excitingly-talented band discovering the strangeness of its own legs, The Trusted Language is UU stretching those legs, comfortable with the capabilities.

A perennially overlooked Nebraska band in such a short span of time, Shipbuilding Co. lives on in the bold arrangements of From Mansions To Dry Lake Beds. It was a packed lineup of Mike Elsener (Head of Femur), Patrick Bradley (Pablo’s Triangle, Amalgamators), Lindsey Bradley (Bol’d Crow), Jim Reilly (Beep Beep, Pharmacy Spirits) and David Ozinga (UUVVWWZ, Carrot Carrot). Even if a song was spearheaded by a comically jangly piano riff, there was never a sense anyone in Shipbuilding Co. didn’t love both the orchestral grace and whimsy of all five members striking up. Their buoyancy is still a pleasure. Also, they’re good for a close lyrical listen about a grinning picture of dying blue collar nostaligia.

Is anyone merely ambivalent that It’s True, the band that put Adam Hawkins (now of Eros and the Eschaton) brilliant songwriting skills on the radar, doesn’t play shows anymore? The band made a habit of tracks colored with a pop sensibility reminiscent of late Beach Boys cuts. Across two albums, Hawkins’ songwriting unfolded from warmly intimate into, with a full band, a delicate ambience large enough to fill theater, with Hawkins voice maintaining his intimacy all along.

It’s odd and maybe pointless to talk about local music in terms of “breaking out” or “making it,” because aside from people we know making a living through what they love, what does it really matter?

Still, it was hard to watch It’s True and not think there was some fortunate timing going on. In 2011, the equally ambient Youth Lagoon debut was making waves, as was the similarly pop-minded Cults debut. The next year, Frank Ocean and Chromatics were making year-end lists with a deft sense of cool atmosphere. Had the band persisted, it’s easy to imagine It’s True in similar company.

Time Hammer’s midnight murder of a clock at Zoo Bar in 2012 was a watershed moment for me. Plus, I was trying not to get glass in my eyes. I assumed the cops might rush in and shut down local music forever. The theatrical hip-hop rock band fronted by Joe Younglove and Travis Beck was capable of insanity, demonically yelling about blogging or literature. And true to their name, they took a hammer to the face of a wall clock at most every show. It’s easy to forget that before Universe Contest went on a two-year-run of the Lincoln theater of the bizarre that Time Hammer took to the stage like they upended your mom’s costume box, grabbed whatever was inside and then screamed all night like a pop cultural-obsessed (and frustrated) banshee.

If ever there was an heir to UUVVWWZ’s foreign song structures and powerfully strange vocal tastes, it might have been Howard.

The trio, fronted by Anna McClellan on piano and vocals, had one release, 2013’s full-length Howard-angel. The album’s mood, carried along by jazz-tinged percussion, is deceptively reposed. The lounge-vibes belie a talent for tastefully complex form, bolstered by guitar work never content to sit still. But gratefully Corey McDaniel’s guitar never seems eager to steal the spotlight from McClellan’s voice that finds a new strength on every track.

McClellan is still working and, by the looks of it, digging even deeper into the movements of a song.

This one was fleeting, granted, but for the year or so that Daniel Dorner, Jordan Ellis and Ian Francis played together, Lincoln had its own highly textured and Damien Rice-esque acoustic trio. Dorner’s songwriting, ripe with ghosts and love and graves, never particularly hid much. But Ellis’ expressive viola would tip of the cup all the way over into emotive tides. And then Ian Francis’ nimble brush drumming made it a show that could sustain a barroom crowd. 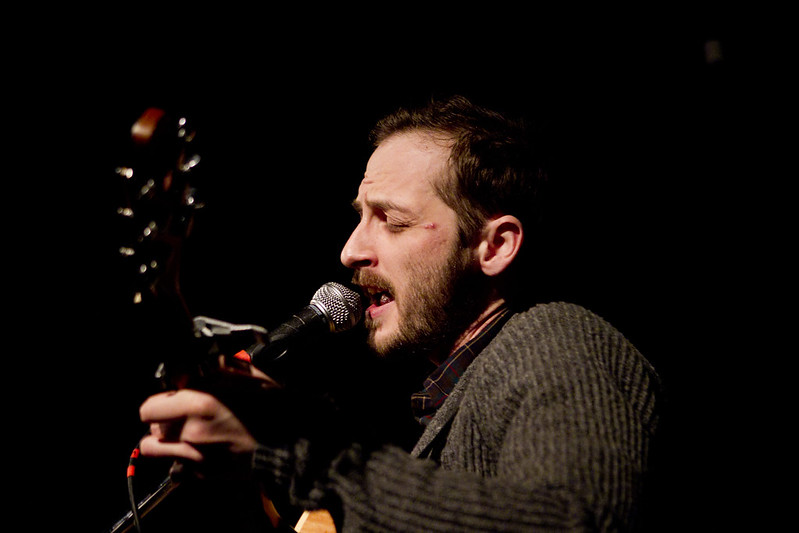