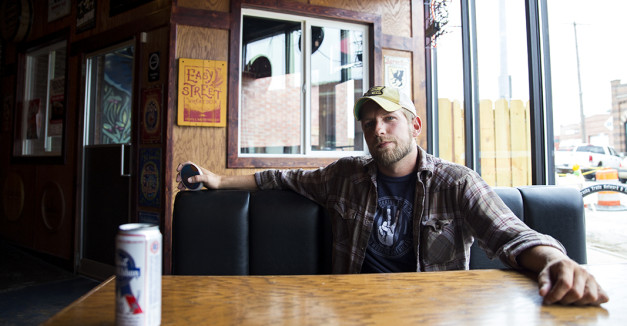 The Nishnabotna River flows under cottonwood groves and in the wide open spaces of Iowa and Nebraska. Yet, in the title track of Matt Cox’s Nishnabotna, he uses no lyrics to relay its imagery.

Still, a close listen to the instrumental track reflects the concept of the song; the quick plucking of his guitar, the rolling of the Nishnabotna River.

Nishnabotna, the fourth studio album from Cox — an Omaha folk/country musician born and raised in Shenandoah, Iowa — is filled with memories tied to the land and references to the river, which flows through his childhood farm.

“When I see that picture of the cover, the river and the title, it instantly takes me back to my childhood,” Cox says. “My childhood, my mom’s there, my family’s there and my grandparents. I wanted something that had a theme that represented all of that.”

The themes of memory and place are apparent from the beginning of the album’s first track, “Country Rose.” With his grizzled voice and guitar twang, Cox paints a picture of an idyllic spot, far from urban life.

“I was raised in a small town, oh I’m gonna die in one too. No, I ain’t never seen a real city had a sky as blue… So take me home, oh my Country Rose…”

The track references a cottonwood grove and Cox’s family farm, which the singer-songwriter still frequents.

Unlike Cox’s previous three releases, Nishnabotna is a collection of old and new songs, some acoustic and others featuring a full band. Recorded over the last year at Hidden Tracks Recording Studio in Omaha, Nishnabotna was created on Cox’s spare nights and weekends. The album consists of leftovers from his 2011 album, Tracks in the Sound, and new music written this year with a newer lineup of musicians. The tracks are lyrically expansive, telling stories of his home and the demise of humanity, all while looping back to memorable choruses. 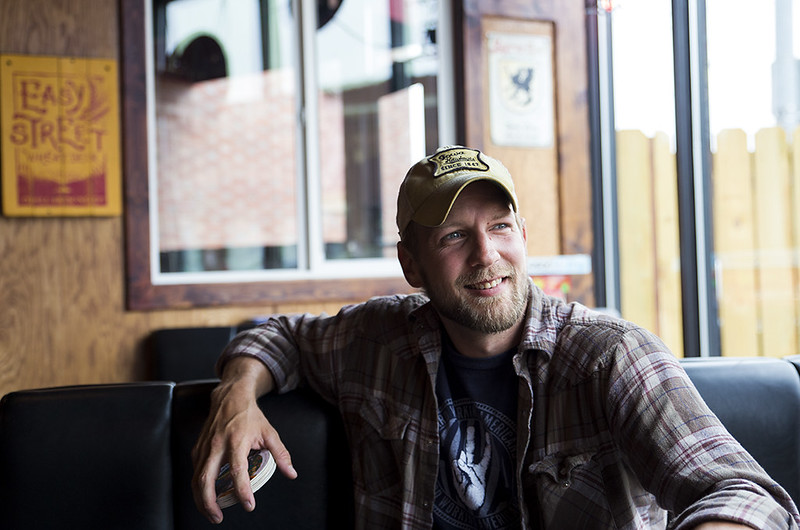 The album is also Cox’s first release since joining Sower Records, and the first Omaha release for the Nebraska roots music label. To promote the album, Cox will host three consecutive weekends of album release shows in Omaha, Shenandoah and Lincoln, in addition to appearing on Hear Nebraska FM on Aug. 18.

In addition to influencing his songwriting, the music surrounding Cox’s childhood helped shape his sound and his desire to create music.

“As far back as I can remember, there was always music in the house and I was always into classic rock,” Cox says. “Neil Young and Dylan were pretty big in our house. [In the] early ’90s when the whole Seattle grunge wave kind of took over, I was totally immersed in that.”

Cox was a drummer and guitar player in high school and years after, he says he never had much of a desire to write or perform his own music. Around 2003, however, Cox moved to Arizona and drummed in the band Junk Yard Ditch. It was his first introduction to larger live shows.

A personal creative spark and three albums later, Cox sees Nishnabotna as one of his most personal yet. After the passing of his mother, Cox says he and his family are excited about the new record and for something positive to come out of such a tumultuous year.

Though Cox says he’s proud and happy with his end product, after spending a year creating Nishnabotna, he’s ready to move forward with new songs and projects.

“These are the ones that I’ve been living and breathing and spending the most time with,” Cox says. “And ready to move on from.”