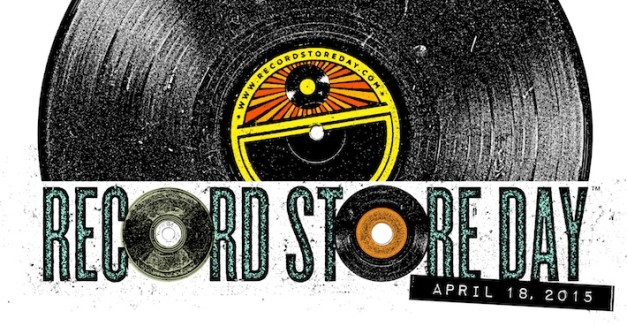 To start with a few events:

The Lincoln community radio station KZUM is hosting an early Record Store Day sale today until 6 p.m. They have used vinyl on sale — The Beatles, Pink Floyd and Bob Dylan, to name a few — at the station at 3534 S. 48th Street.

Maha Music Festival is sending Maha fans on a treasure hunt Saturday. Almost Music, Homer’s and Saddle Creek Shop in Omaha, and Recycled Sounds in Lincoln, will feature a special Maha sticker on the corner of a random LP in each store. The Maha sticker — it’s unclear whether the sticker features the bird logo or “Maha” in its typeface — grants a pair of general admission tickets, though no actual purchase of the stickered vinyl is necessary.

Lincoln’s Zipline Brewing Co. will give away a free pint of your choice Saturday to people with receipts showing Record Store Day purchases. The tap room is located at 2100 Magnum Circle off West O Street in Lincoln.

Downtown Omaha bar The Trap Room will host a listening party at noon Saturday for shoppers to listen to their new purchases. The Trap Room is also offering $2 Budweiser draws all day if you bring your Saddle Creek Shop bag inside the bar. The bar is located at 733 North 14th Street.

Below, check out sales and special events in nine area record stores:

Kearney – From the Attic

Almost Music is holding an all-day festival at noon along with new releases and specials on used vinyl. See the lineup for the festival below.

Back In the Day

Back in the Day is an antique store that sells used vinyl and everything is currently 60 percent off, including their vinyl collection.

Drastic Plastic’s biggest Record Store Day feature is The White Stripes’ 2005 album, Get Behind Me Satan. The previously unreleased vinyl is packaged with a 3D lenticular cover, colored vinyl and gatefold jacket.

Other special Record Store Day items include an acoustic version of Father John Misty’s “I Love You, Honeybear” track on a heart-shaped 7 inch — the B-side features an exclusive track, “Never Been a Woman” — and a 10 inch Off! live album.

Twinsmith’s Jordan Smith and Matt Regner are playing a “stripped-down” set at 9:15 a.m. in front of the building before the store’s opening at 10. Homer’s is offering pre-orders of Twinsmith’s Alligator Years LP to be released May 4th on Saddle Creek.

Homer’s is selling reissues of 311’s 1992 Hydrophonic on vinyl. Homer’s is the only store in the world with these exclusive copies, and only 50 are available.

Other limited-edition music releases in Homer’s stock include LP’s from The Black Keys, David Bowie, and The Foo Fighters.

Starting at 8 a.m., Homer’s is offering free Howlin’ Hounds coffee and Donut Stop donuts to shoppers waiting outside the store.

Icky Blossoms will offer palm readings from 11 a.m. to noon Saturday. They will also be DJ-ing and signing the 7-inch release of “Living in Fiction,” the single from their upcoming album, Mask.

Tim Kasher and Chris Farren – “You Be Me for a While” 7-inch (our story here.)

Backtrack Records ordered currently-secret stock of limited items specially for Record Store Day. The store will also offer 15 percent off used vinyl and $3.50 CDs. Backtrack will open early at 7 a.m. for the sale.

Lefty’s is opening early at 7 a.m. Saturday for their Record Store Day sale. Lefty’s will offer 20 percent off used records, and normally-priced $4 records for only $2. Fifty-cent LPs and 45s will be four-for-$1.

Additionally, select books, magazines, cassettes, VHS, and CDs are 4 for $1.

Customers can sign up to win a Led Zeppelin reissue prize pack in-store. The pack includes a turntable slipmat, buttons, lithograph and more.

Recycled Sounds is also offering 25 percent off most used vinyl and giving away $25 gift certificates.

The antique store is offering 15 percent off all vinyl today and on Record Store Day.