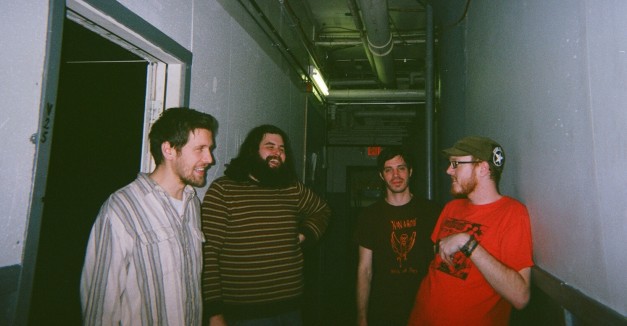 It’s hard to pick the spot on Pile’s new album, You’re Better Than This, when the music’s innate grit and the malleability of Omaha’s ARC Studios live best together.

For one, “Tin Foil Hat” rages through more than one breakdown where the drums are explosively pulpy, but the lead guitar sounds like high-grade needlework. The Boston band is equally proficient at punk, prog and a few wretched blues strains living under the same roof. At several more points, singer Rick Maguire’s voice is capable of a down-and-out drawl that makes the screams to come feel worth it. All in all, it’s music that feels like it really comes from the gut, not someone’s idea of what visceral music sounds like. That’s a distinction that seems only syntactical until you’re accidentally 75 percent through the album not knowing how you got there. From there, it’s unclear whether the cathartic shredding or earned lack of musical grace have gone further toward garnering them this “your favorite band’s favorite band” accolade.

Pile plays tonight at Sweatshop Gallery in Benson with Noah’s Ark Was A Spaceship and Stomach. RSVP here.

To preview, we caught up briefly with singer Maguire over email to talk about the band’s Omaha connection and recording You’re Better Than This last October with Ben Brodin.

Hear Nebraska: What drew the band to Ben Brodin, ARC Studios and Omaha in the first place?

Rick Maguire: We played out in Omaha last year and a friend named Dan Kemp introduced us to [Brodin]. He seemed like a good guy and he said he worked at a studio down the road and invited us to check it out the day after the show.

HN: I’m interested in the push-pull forces at work when a band like Pile — that’s made its name on DIY rawness — gets in a state-of-the-art recording studio. What’s the process like of maximizing the studio’s quality while still maintaining the rougher tenets of the music? How does that balance come to bear on You’re Better Than This?

RM: The opportunity to record at ARC was just so weird that we had to pursue it. The studio looks like a place that a pop singer would record and that is in stark contrast to where we recorded our last album, which was a warehouse space converted into a recording studio. But we still tracked similarly to how we have in the past, and Ben, like us, didn’t seem too eager to access any of the tools in the studio that would doctor how we sounded in any artificial sounding or over-produced kind of way.

HN: In a Nebraska context, Ben seems to be doing more and more work on the production side of things, shaping the ambiance and atmospheres of great records from people like Simon Joyner, Orenda Fink and Jake Bellows. What did Pile take away from his know-how and studio contributions?

RM: At the beginning of the session, he said, “I’m going to let you guys do your thing, and if I see any problems arise, I will pose possible solutions.”

This approach made us comfortable (or allowed us to be as uncomfortable with ourselves as we chose to be) and he was comfortable enough with us to let us crash at his place for the week we recorded. He became a member of the band for the week and immersed himself into making the record as much as we did. He also worked very quickly and it was extremely apparent … start-to-finish that he’s just very good at what he does.