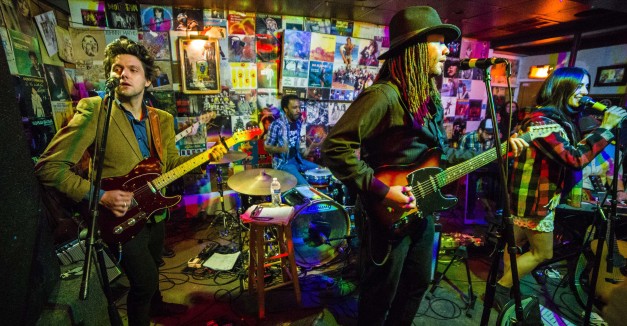 Few knew what to expect when O’Leaver’s casually announced a couple weeks back that a new Omaha supergroup (yes, we all hate that term) was forming to play under the name Dolores Diaz & the Standby Club. But even after two weeks of holiday for many of us, seeing a band comprised of members of Bright Eyes, Cursive, The Good Life, Oquoa, McCarthy Trenching, Con Dios and Mal Madrigal was enough to pack the club on the final Sunday of winter vacation.

Turns out, Dolores Diaz is a soulful, Tejano/country-western cover band — more or less of any of those elements depending on who chose and sang which song. Going by Dolores Diaz herself was none other than Corina Figueroa Escamilla, an incredibly engaging frontwoman who happens to be married to Conor Oberst. She was joined on the mic (and guitar) by Oberst, Dan McCarthy (on piano) and guitarist Miwi La Lupa (recent Omaha transplant and Team Love artist). The quartet had the best backing band anyone could ask for in bassist Matt Maginn (Cursive), drummer Roger Lewis (The Good Life/Oquoa drummer), Mike Mogis (Bright Eyes, ARC Studios) on pedal steel and mandolin and Ben Brodin (Mal Madrigal, ARC’s Studio B) on a bunch of instruments.

Following a serene performance by Los Angeles/Alexandria, Va. songwriter and frequent Jenny Lewis collaborator Johnathan Rice, the Dolores Diaz show felt like a celebration — natural, I suppose, when a bunch of longtime friends gets together to play. Will it happen again? Who knows. La Lupa teased a possible reappearance on April 1 (April fools?), followed by Oberst asking the band, “you all good with that?” Head nods indicated that this might not be the last we see of this cover group.

You can watch Figueroa Escamilla introduce the band (minus McCarthy, and play the beginning of Sammi Smith’s “So Long, Charlie Brown …” (in an iPhone­-shot video shot while dodging patrons heading to the bathroom) below. 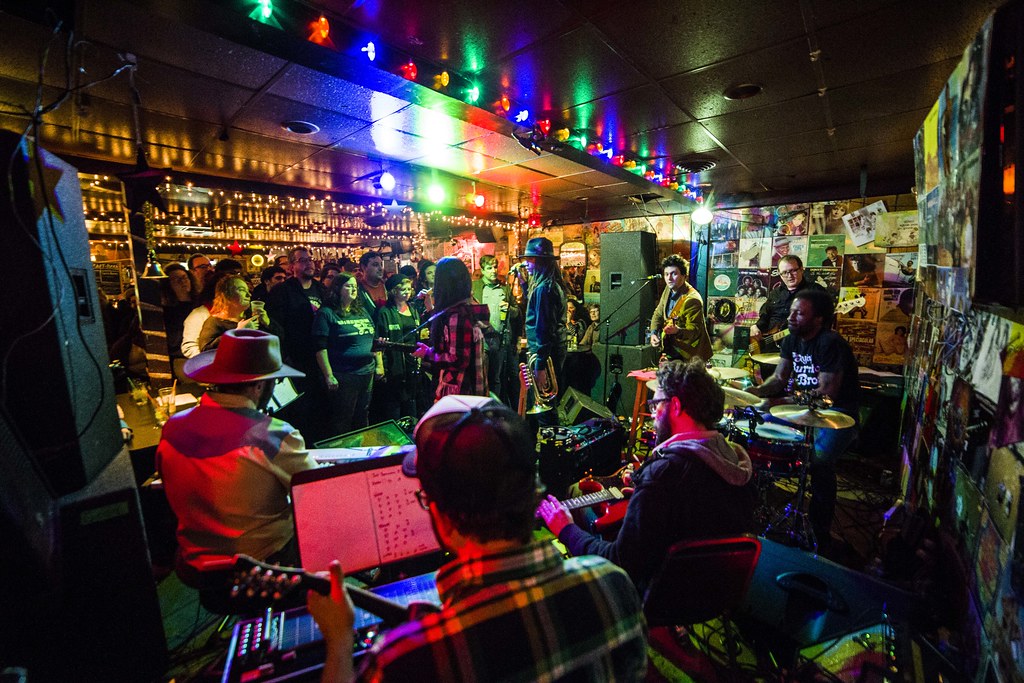 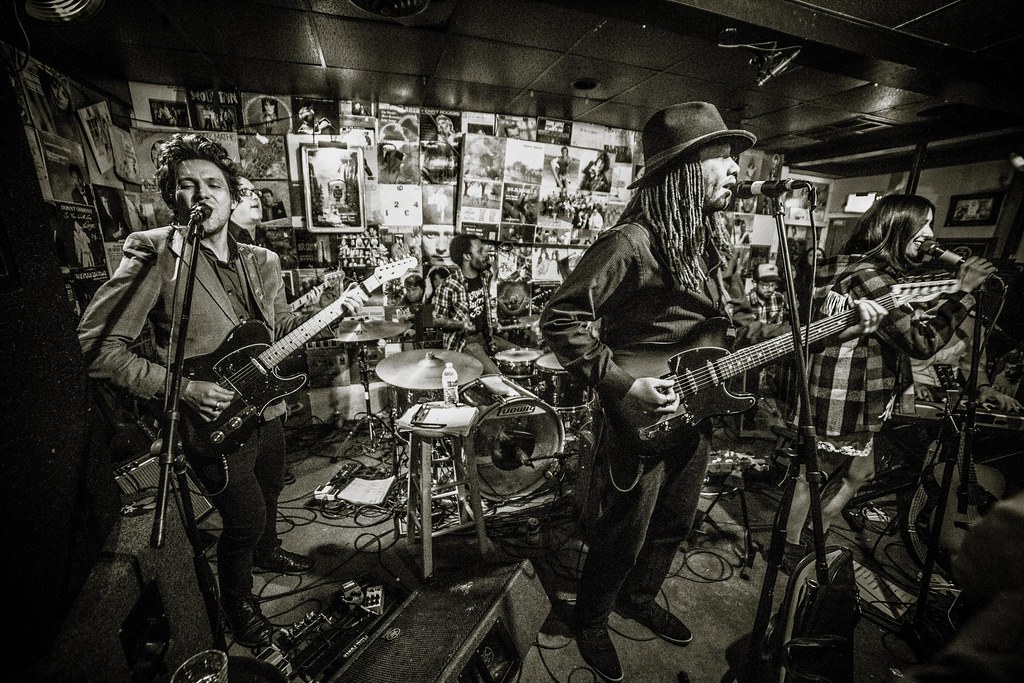 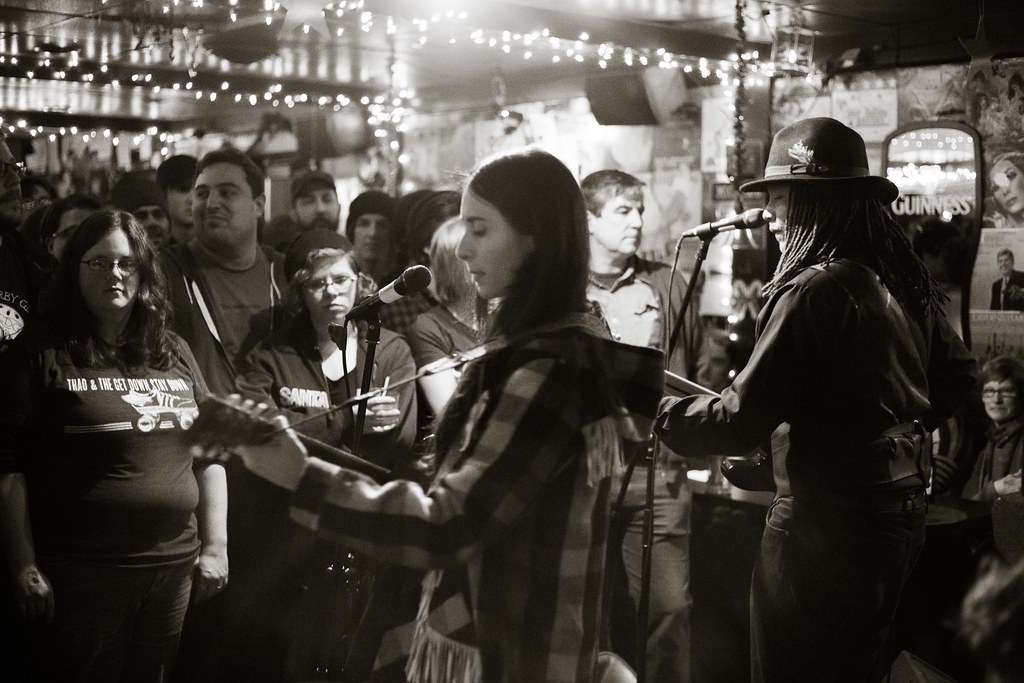 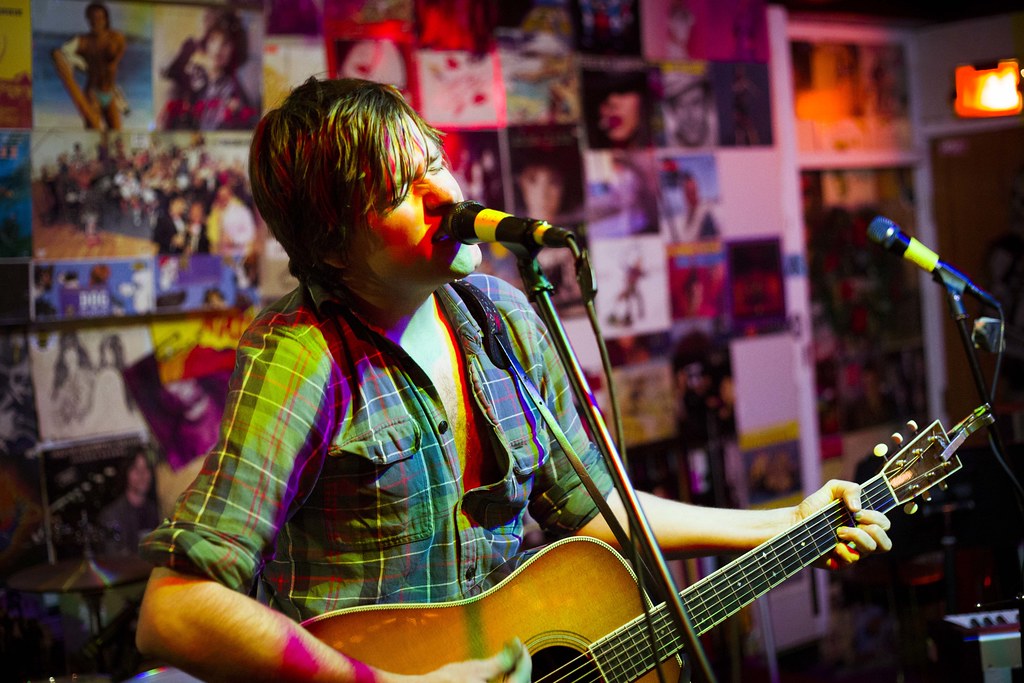 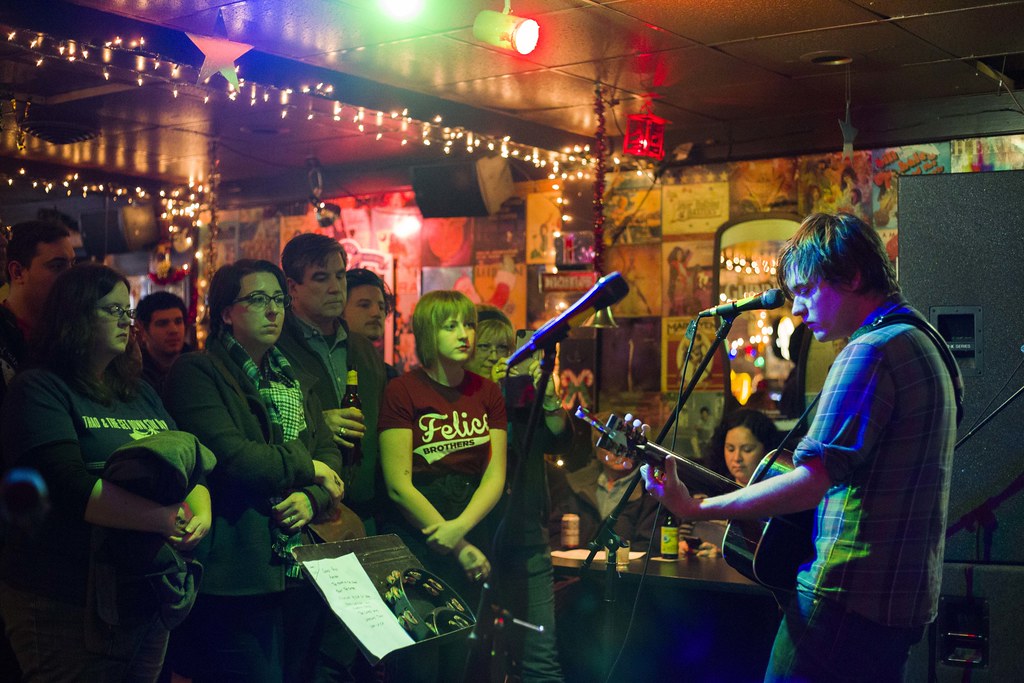 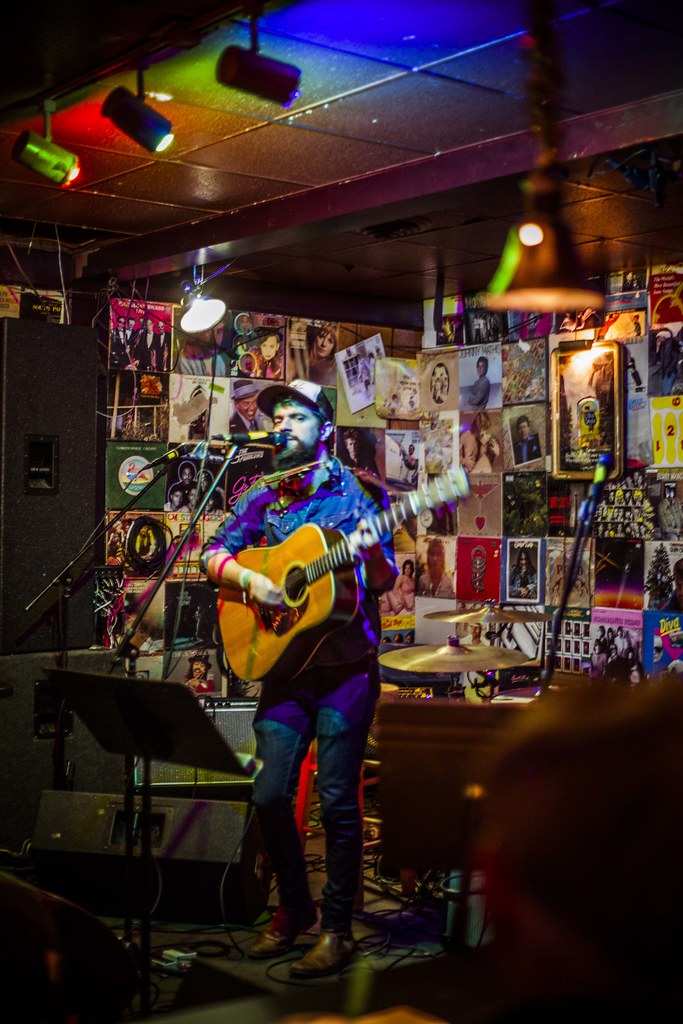 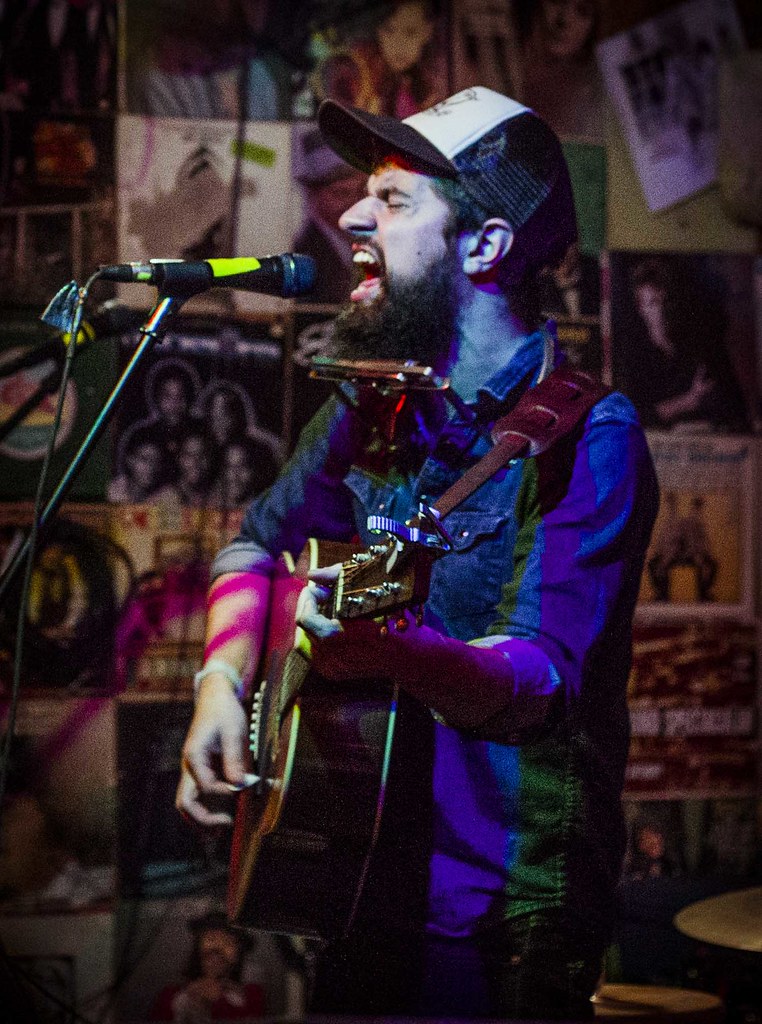 Omaha’s ARC Studio fields many a national recording artist each year. But in sound engineer Ben Brodin’s eyes, it’s the local bands that keep the studio in business and the music community booming.

In an open letter posted to his personal website, Brodin thanked local musicians for trusting him with their art, remembering what it’s like “on the other side of the glass,” juggling normal jobs with touring and writing. For that, he calls calling Omaha “one of the most profoundly creative communities in the country.”

It’s a wonderfully sincere gesture from the ARC engineer who, in the last few years, has worked with a mix of local and national artists such as Saintsencea, Desaparecidos, Simon Joyner, First Aid Kit and more. Read Brodin’s letter in full below:

I suppose it’s a natural thing to do at the end of December, reflecting on your personal achievements throughout the past year, taking stock of your life, your goals, and thinking about your place in this world. I make it a habit to never contemplate on-demand, so typical social milestones (birthdays, anniversaries, end-of-the-year celebrations) don’t stir much in me. But this week, and despite my best efforts, I found myself thinking back on another year of making records, and realized there was something really important that I wanted to say.

It’s pretty hard to overstate how lucky I am to be able to do the kind of work I do. I get it, truly. Nearly every day of my life is spent helping artists make records, and by some miracle I’m able to pay my rent doing this. I was given an opportunity most don’t get, I’m grateful for it, and it weighs on me. All I think I can do to ‘give back’, in the cosmic sense, is to continue working as hard as possible for the bands who hire me, and to regularly remind myself what it’s like on the other side of the glass (for me, it was juggling a regular life of working multiple jobs, touring when possible, hauling gear around, playing shows, writing and recording music whenever I had a moment of free time…in short, a commitment and a substantial sacrifice). It is in this spirit that I feel the need to express not what I’m thankful for (quite a lot), but who I’m thankful for.

I want to sincerely thank the local bands that have trusted me with their music.

It isn’t a responsibility I take lightly, and I understand the gravity of that trust. While it’s true that I do end up working with lots of non-Nebraska artists, every working-class engineer in the world knows that it is only through regular business within our communities that we are able to survive. I’m lucky; I get to live in one of the most profoundly creative communities in the country. These days, large professional studios continue to shutter their doors at an incredible rate. Money within the music industry has dried up over the last 10-15 years, and it has become harder and harder for professional facilities to stay in business (for lots of reasons outside the scope of this letter). The simple fact is that without you, Nebraska artists, I wouldn’t be able to do what I do. So bands, from the bottom of my heart, thank you. It has been, and will continue to be, an honor to be a small part of the great things you do. You are inspiring, challenging, and the most sincere community of musicians I’ve met. Have a great new year!

HN contributor Peter Barnes rang in the New Year with The Bourbon’s packed crowd to get photos of Josh Hoyer & Soul Colossal, Mesonjixx and A Ferocious Jungle Cat. It was a masquerade party, as you’ll gather from Soul Colossal guitarist Benjamin Kushner’s facial attire. See Barnes’ photos below: 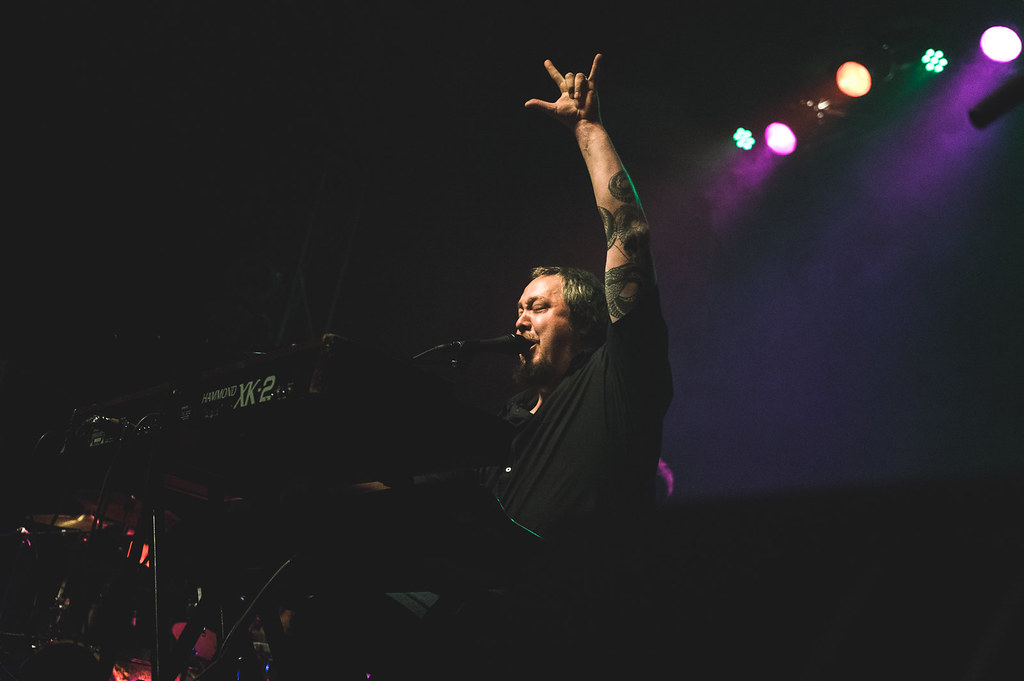 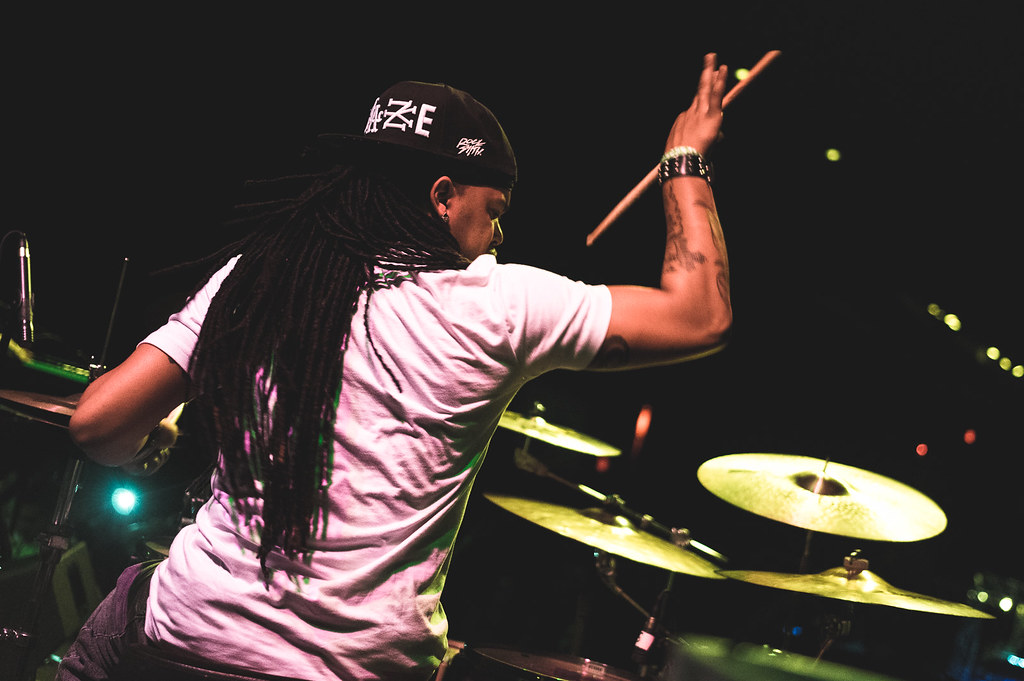 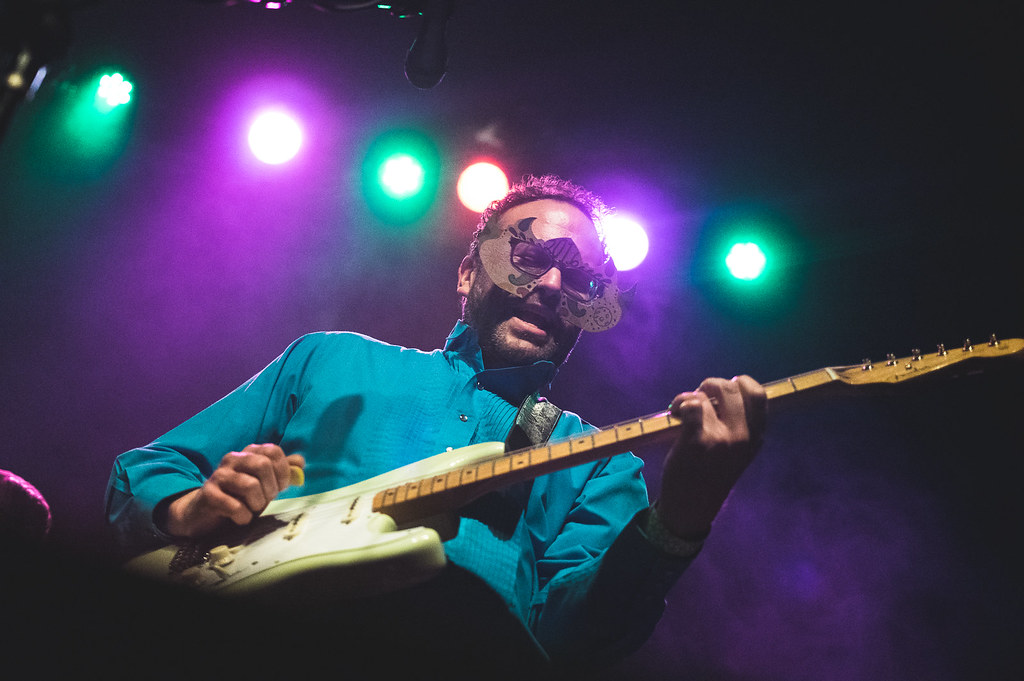 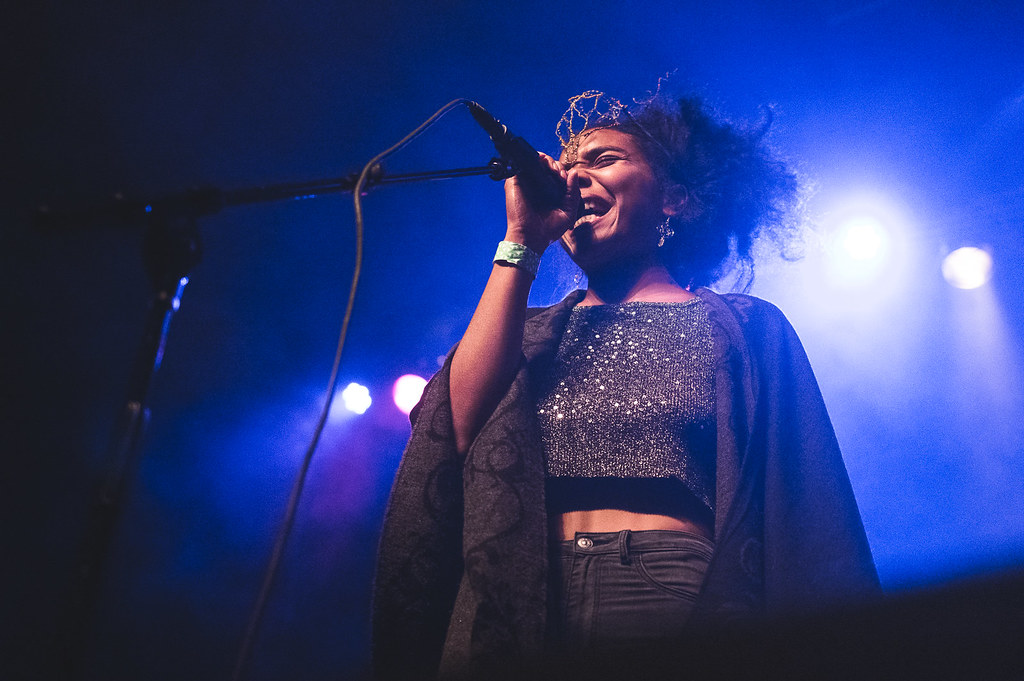 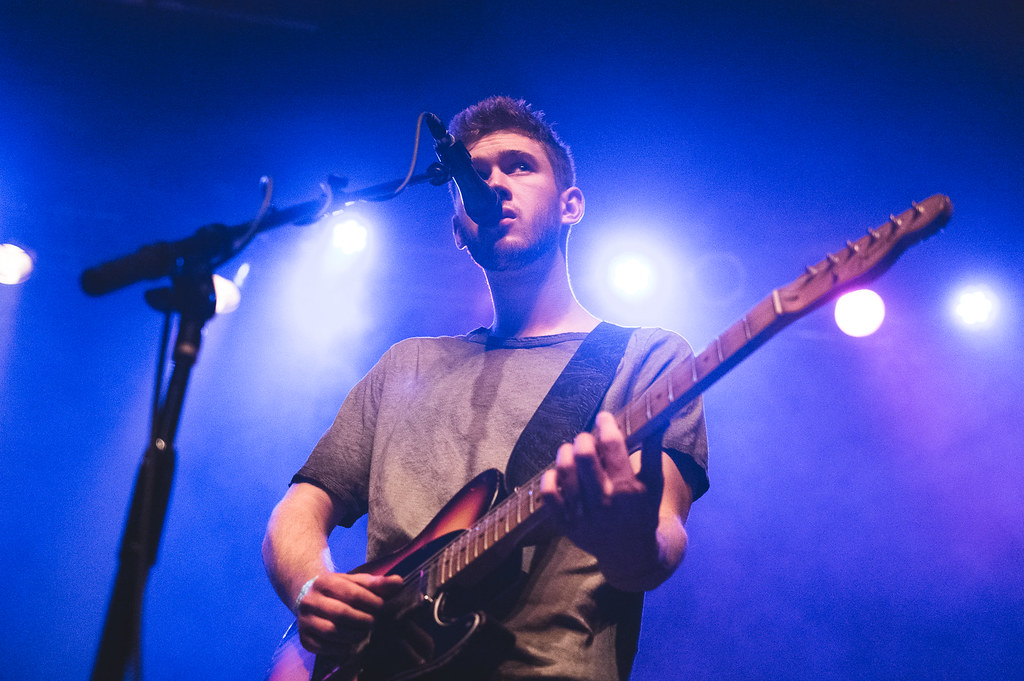 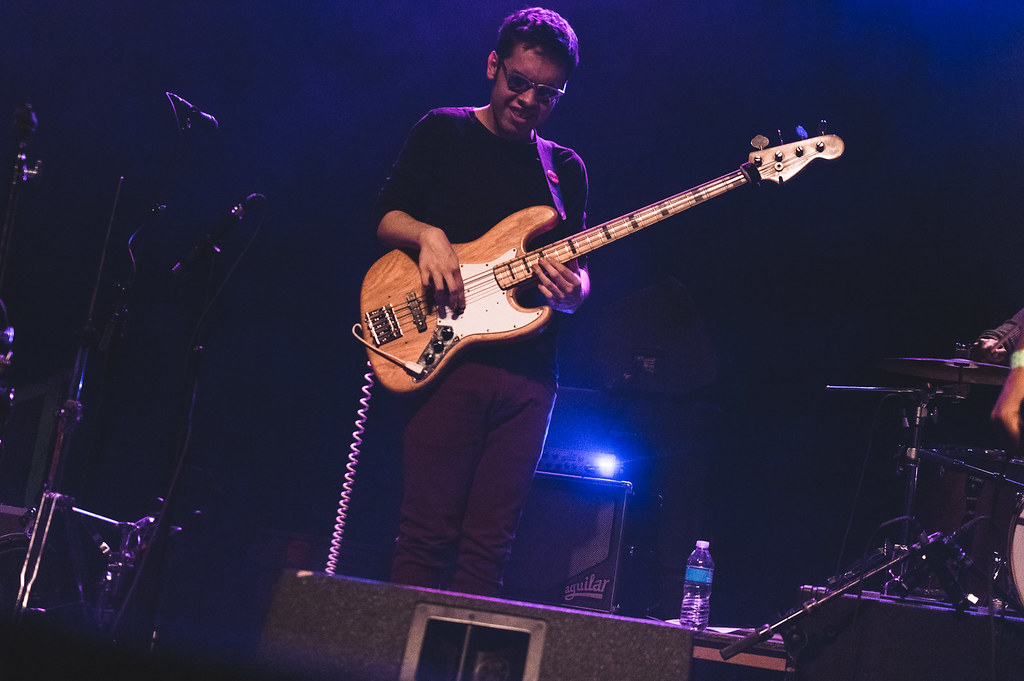 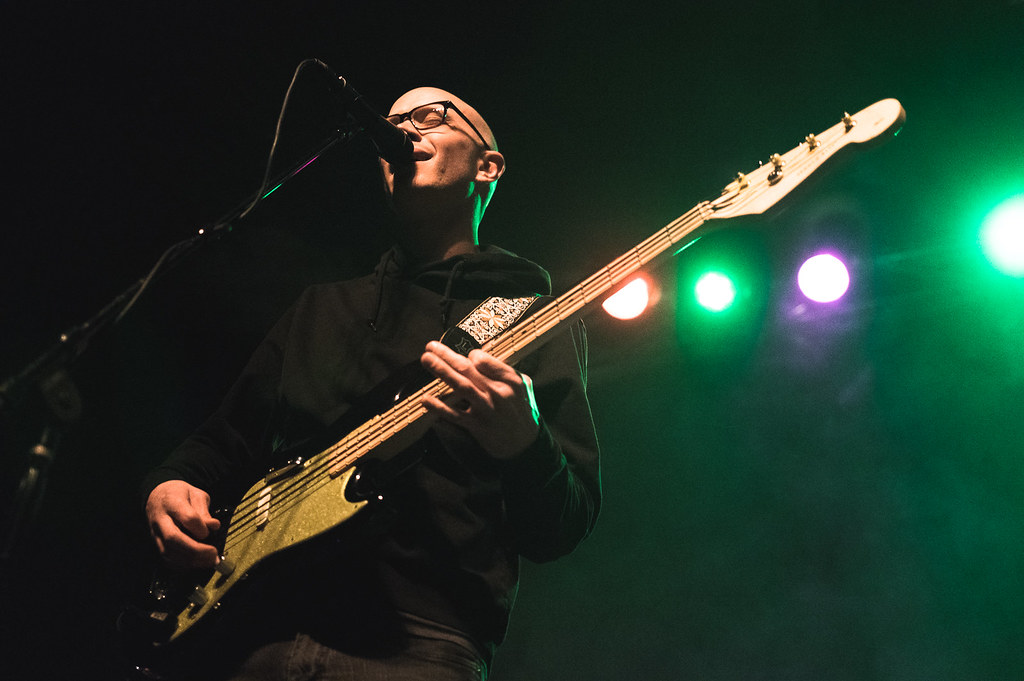 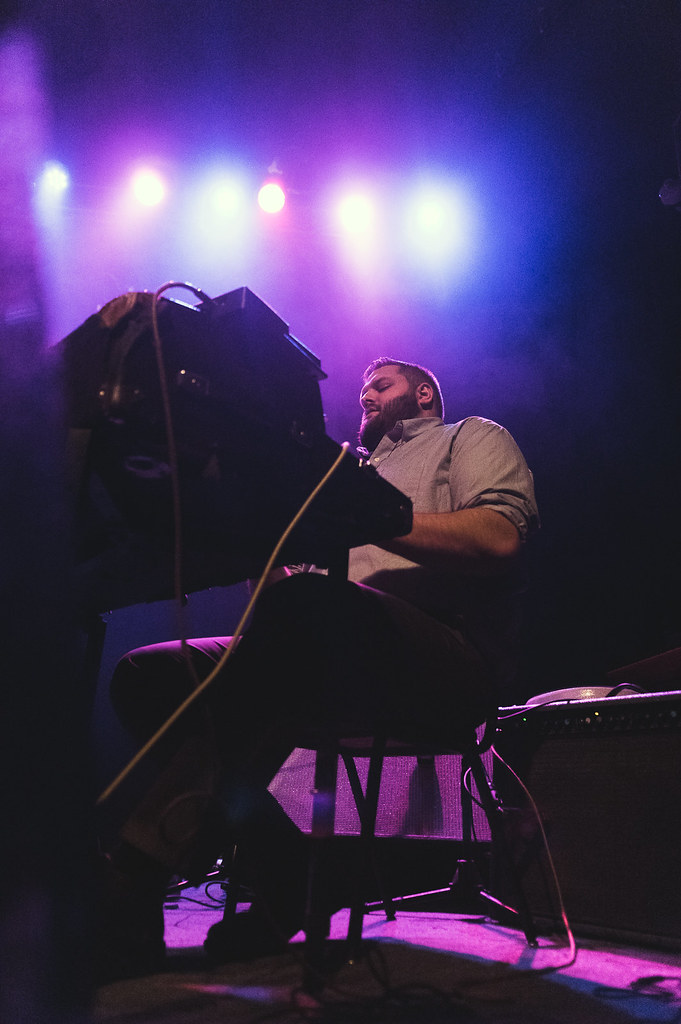 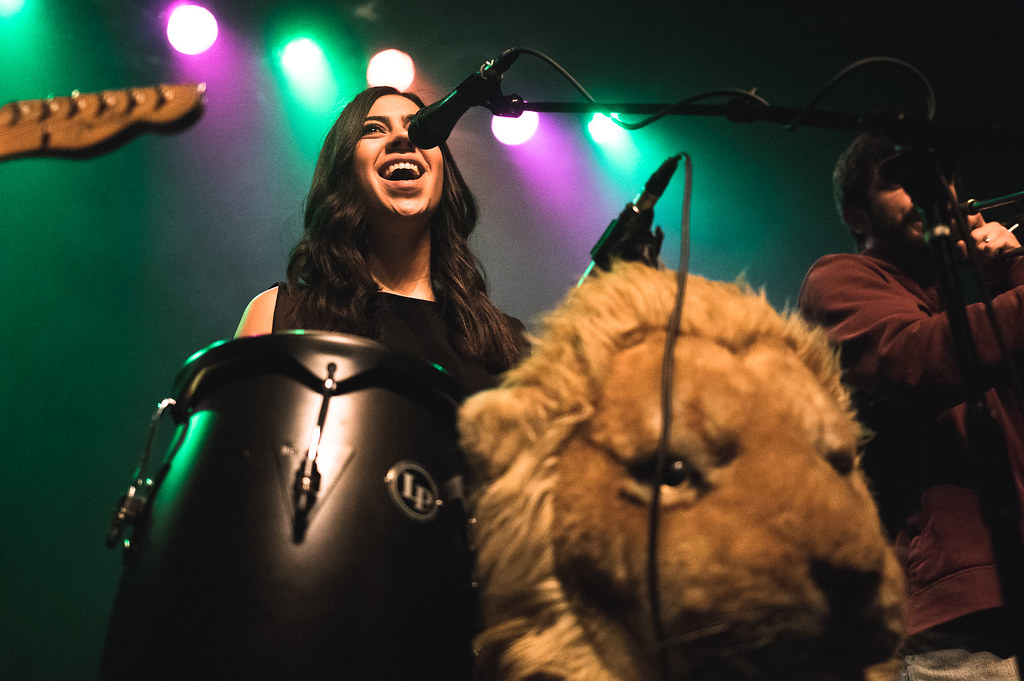 Meanwhile, HN contributor James Dean was at O’Leaver’s to celebrate with High Up, Digital Leather and DJ Tyrone Storm (aka Roger Lewis). See Dean’s photos below: 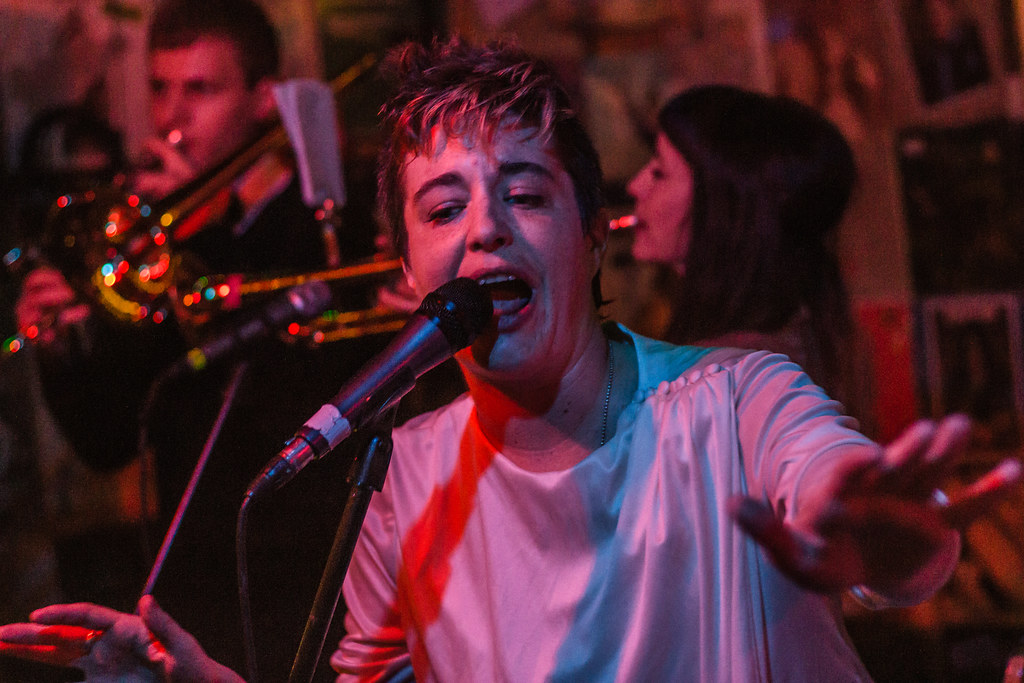 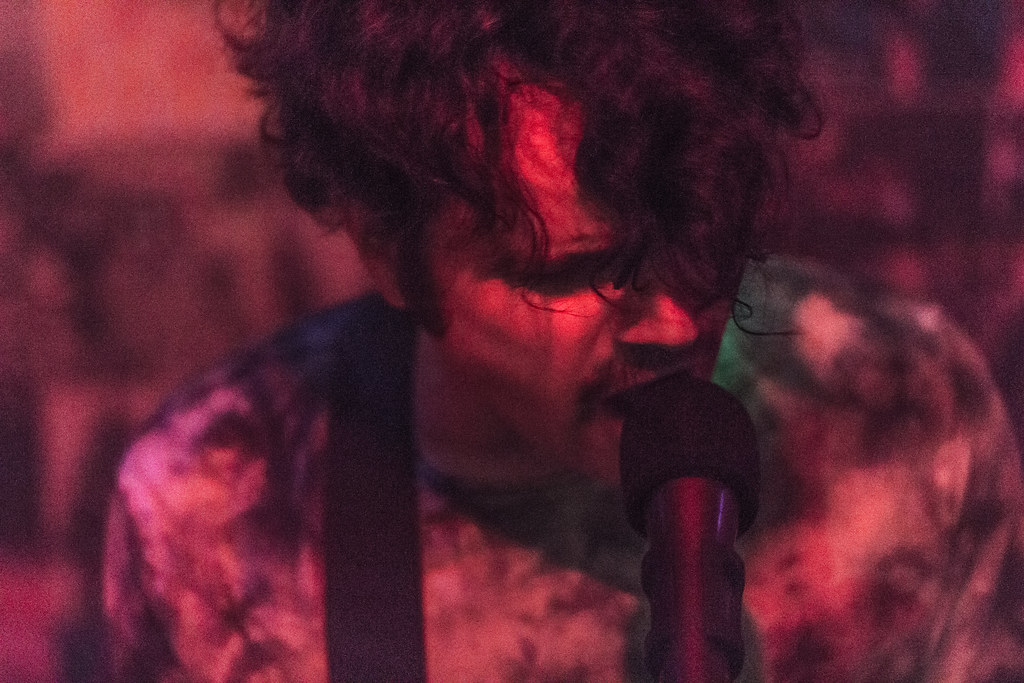 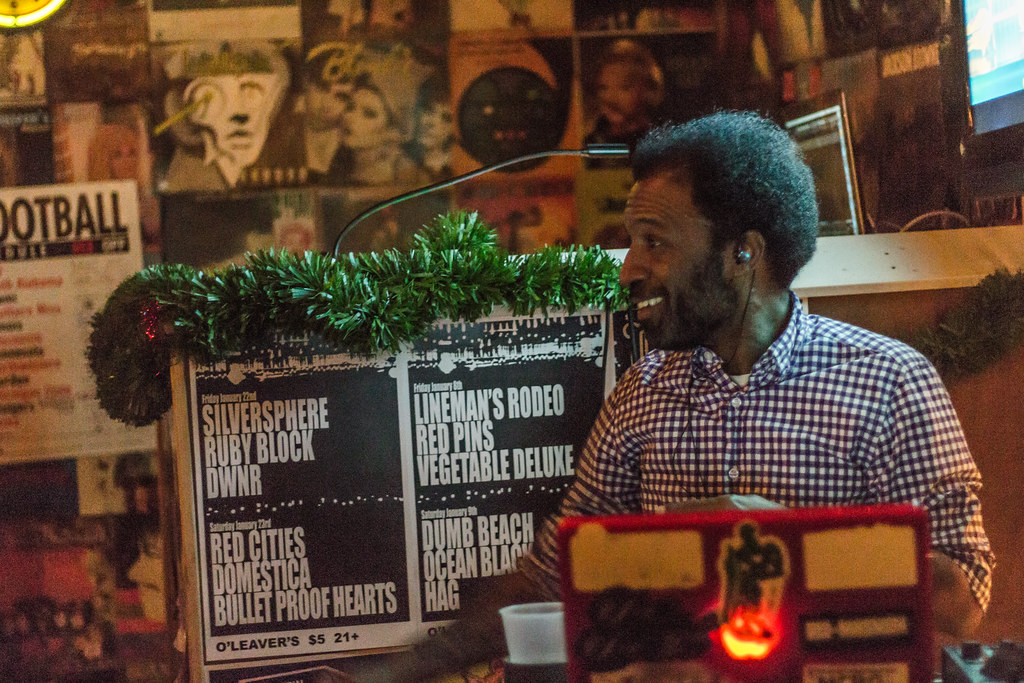 Our photo coverage rounds out in the Slowdown front room, where HN multimedia intern Lindsey Yoneda went Saturday night to catch photos of No Tide, Uh Oh and Mint Wad Willy. In mini-milestones, it was No Tide’s first Slowdown show, which seems odd for how often the Lincoln-based band tours. At any rate, see Yoneda’s photos below: 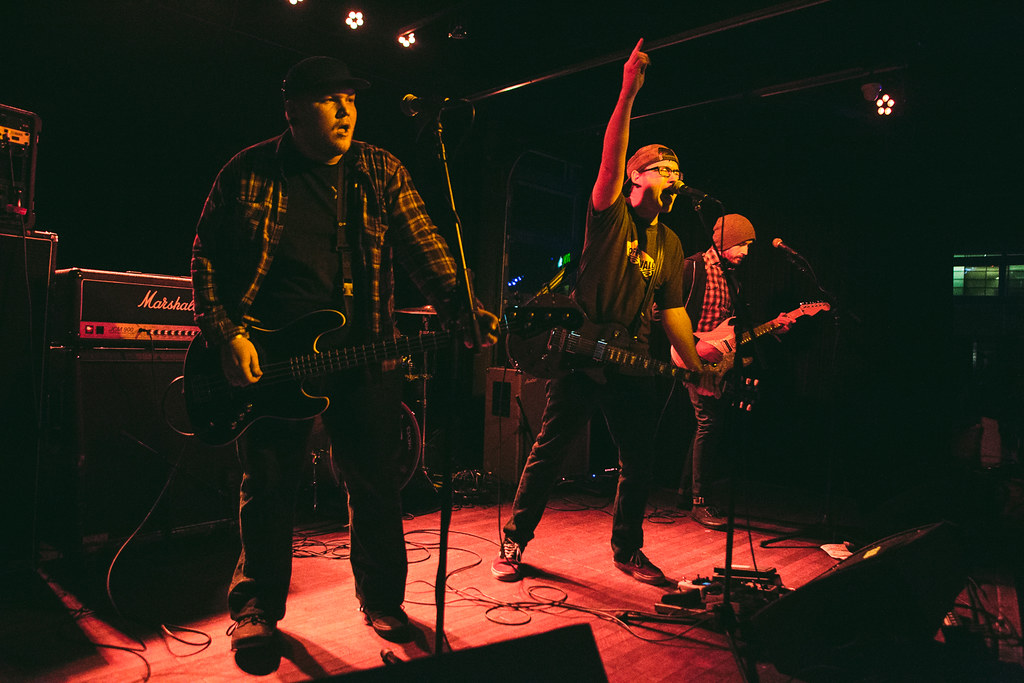 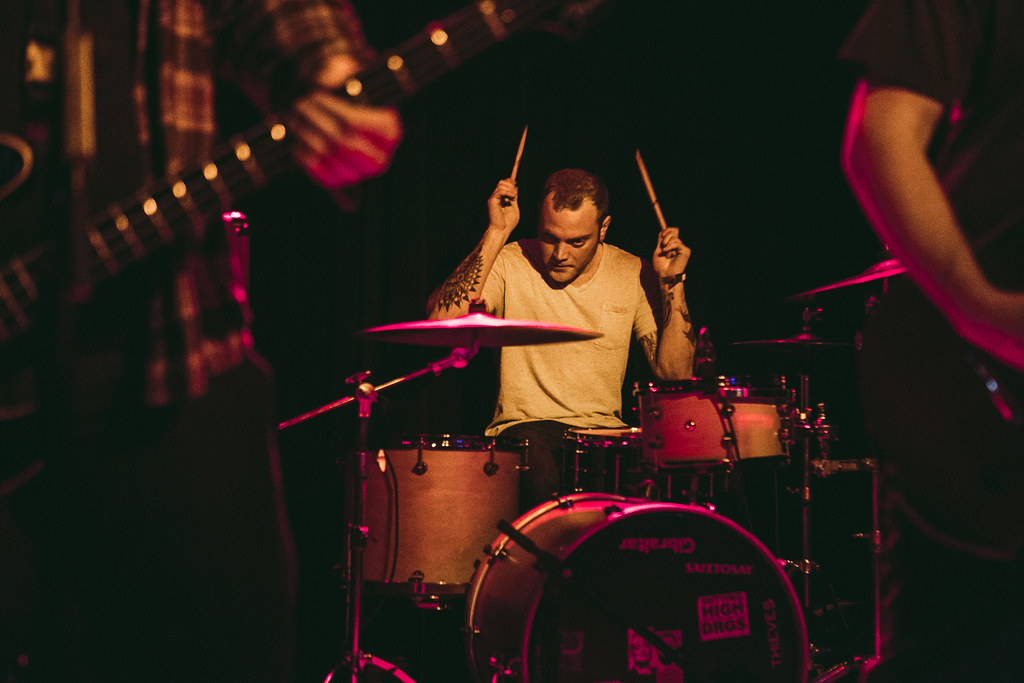 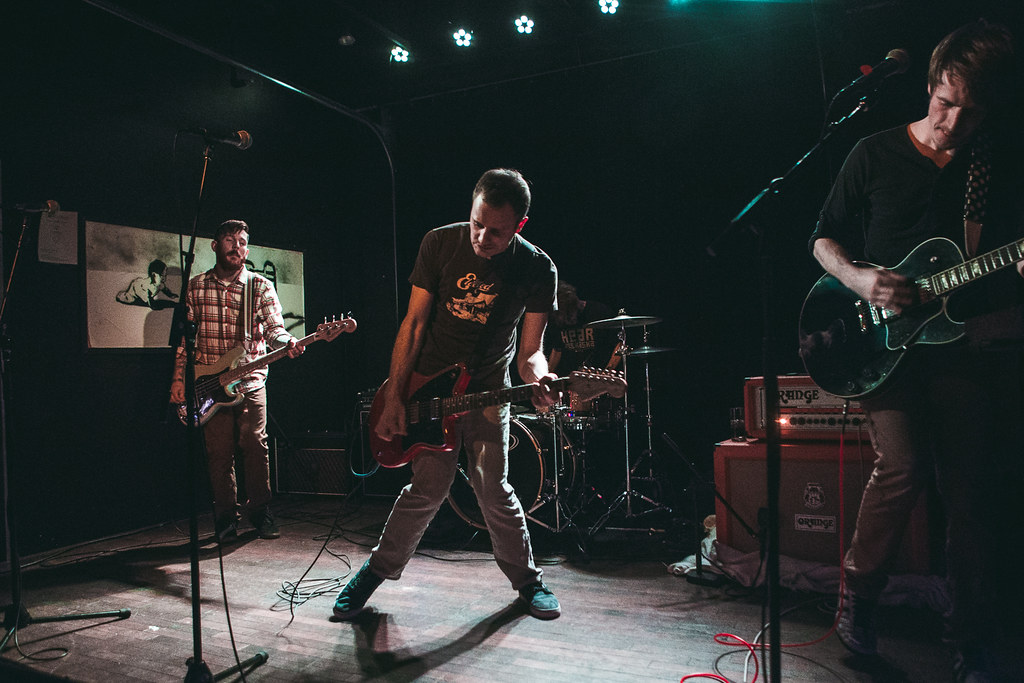 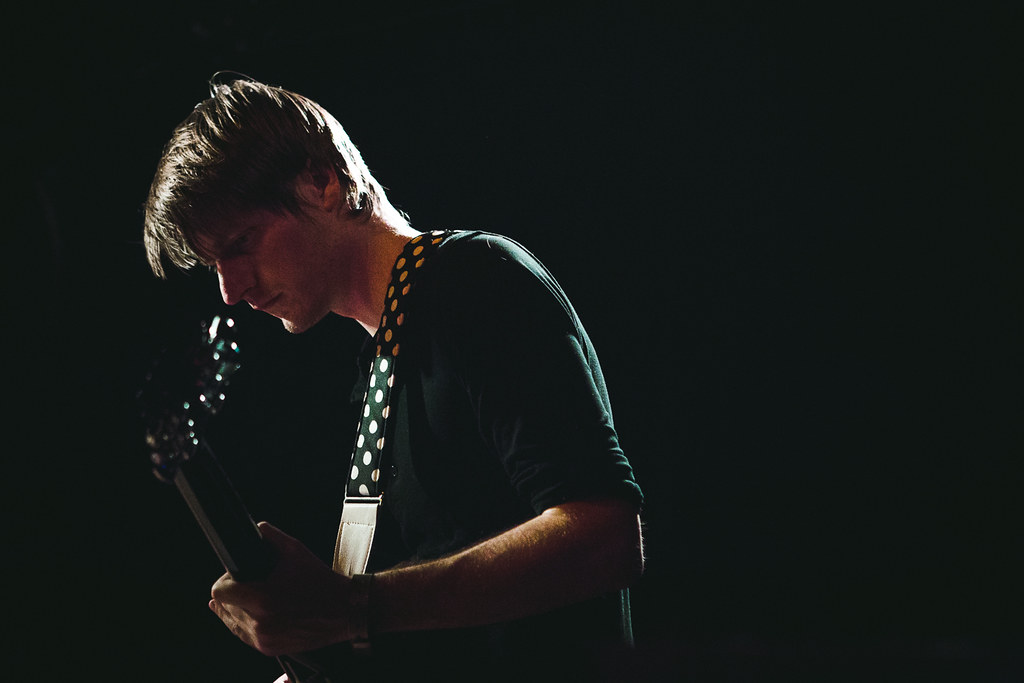 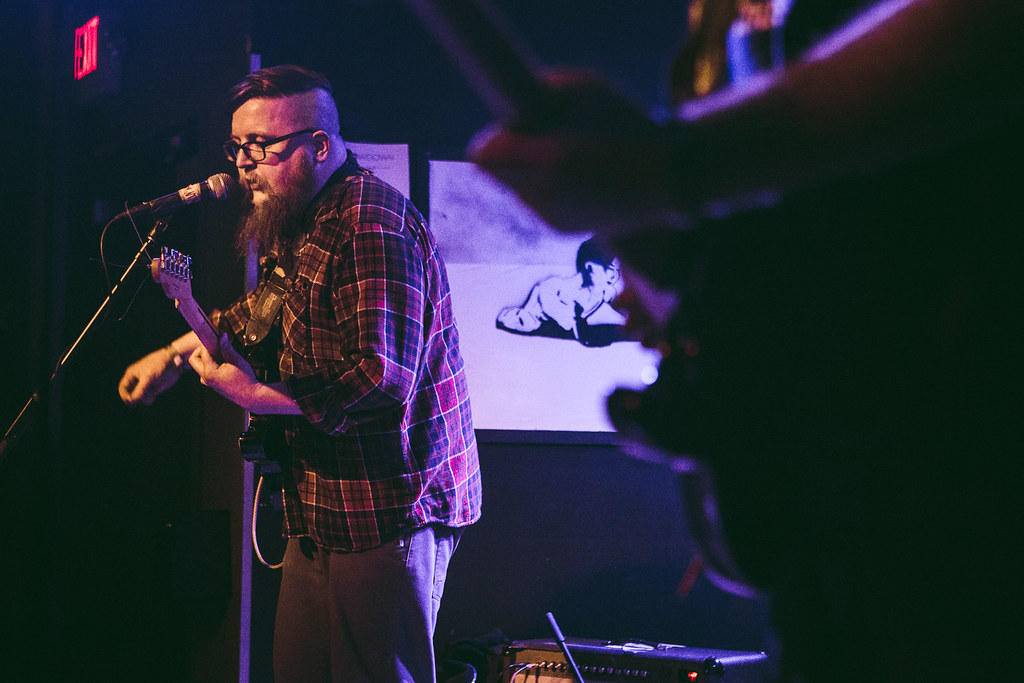 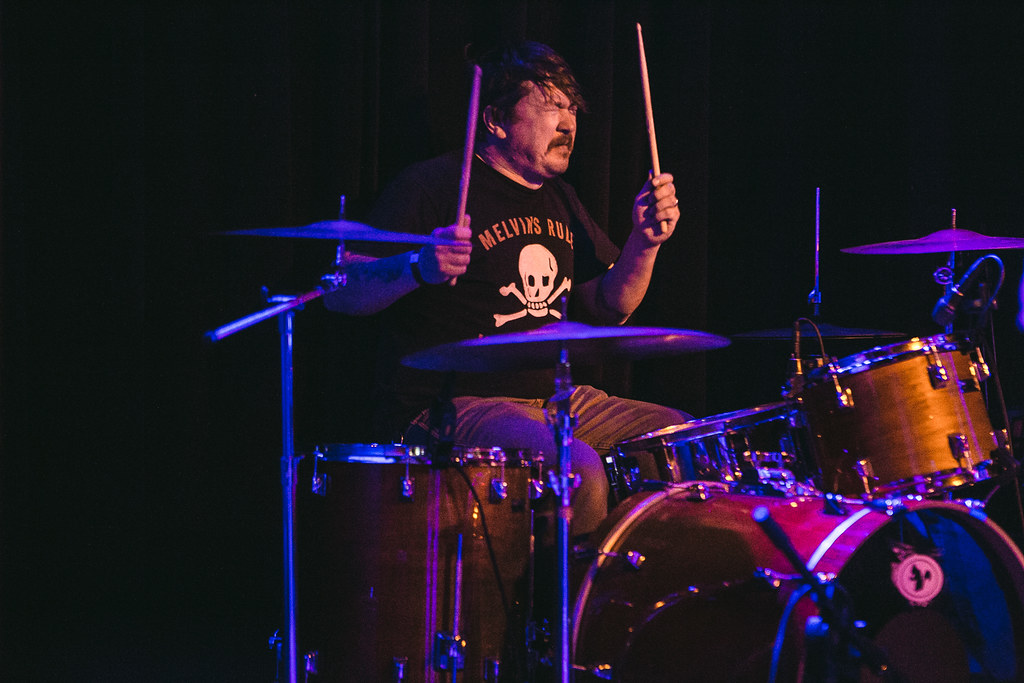 Tonight, Midwest Elite Concerts’ New Music Mondays rolls on with TKO, Nugz and The Trashman at The Waiting Room. The free weekly concert series — with support from One Percent Productions — has served as a showcase for aspiring local acts of all genres. Later this month, the series features Omaha, Emily Ward and Unscene Patrol. Get more information here, and RSVP to tonight’s show here.