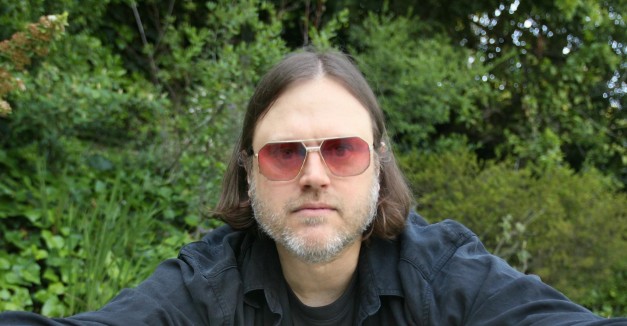 Today, when ’90s alt-rock luminary Matthew Sweet talks about his most famous works, his disbelief about the passage of time is akin to an empty-nesting parent’s.

“It’s crazy. I got a tweet forwarded to me the other day where it was the [20th] anniversary of 100% Fun,” says the Lincoln native.

When Sweet’s seminal album, Girlfriend, had its 20th anniversary back in 2011, he did a round of interviews and retrospectives on the album. As an artist, though, the one constant is that Sweet loves all his children — make that about a dozen albums — equally. He’s held firm to the feeling that he’s neither sick of playing the hits, in the same way he doesn’t talk about any of his albums as personal watersheds. From the beginning of his music career in Athens, Georgia to his recent 50th birthday, he says he’s only wanted to make records. Maybe, the world loved some more than others. Then, the accolades for gold records, like Girlfriend and 100% Fun, are icing on the career cake of a journeyman-turned-star, turned-respected-tradesman.

In light of Sweet moving back to Nebraska in 2013, after decades in Los Angeles, Hear Nebraska approached Sweet about playing Saturday’s “Hear Hear” fundraiser at the Holland Center’s 1200 Club. Tickets are still available here, and seldom-playing Omaha favorites The So-So Sailors will open the show.

We caught up with Sweet on the phone Tuesday morning to discuss his Nebraska connection during his decades away from the state, his perennial compensating for his pretty voice and the noisy freak-out that ends “Sick of Myself.”

Hear Nebraska: You were doing a few bouts of press this morning?

Matthew Sweet: I did Kent Wolgamott for the Journal Star. I did a live piece for KFAB radio. And you’re next.

HN: Well, there you go. On that note, I was going to start by asking you, is it strange at all — obviously you’ve done mounds and mounds of press in your career — to do small binges of interviews these days when you’ve been able to take a year or so away from it at a time?

MS: I don’t know, it’s weird. I never really had that much conflict in myself about doing interviews, because I never tried to hide anything or create something that wasn’t me. I could always do it pretty naturally. But, yes, there was a time where I had to do so much and be travelling and do press on the days of the shows. That was crazy. It’s just a lot of talking about yourself and that’s when you wish you were in a band or something, so somebody else could do some of the interviews.

But it hasn’t been that way for me for a long time. In this case, it’s kind of fun, since it’s a one-off for Hear Nebraska. It’s funny because it’s all people who are local, people who are distantly related in some way.

HN: Let me jump to a song. I know when you played the O’Leaver’s and Vega shows last year, you hit all the well-known songs. Do you still get a kick out of the false ending in “Sick Of Myself”?

MS: [Laughs.] Well, it’s sort of a chance for us to really make noise. When it happened, it was just left on because we were doing more endings, so we could cut one off. The reason I was doing that is because I just wanted one we could tack on. It’s also like it’s based on a mistaken concept. That song is great for ending things at shows.

HN: Why does that work? A million rock songs have false endings, but nothing seems to energize a crowd like the sound stopping and starting again.

MS: I don’t know. It’s like mini, momentary encore or something.

HN: Since Hear Nebraska is a cultural organization — you know I’ve read why you came back, between family and selling your house [in LA], but since you’ve returned to the state, is there anything you’ve rediscovered culturally about Nebraska?

MS: It’s really different. Remember, I grew up Lincoln, so Omaha has grown a lot, too. There was nothing remotely like Hear Nebraska when I grew up. It would have been awesome, but there wasn’t a scene enough for something like that to spawn.

Being back, there’s this whole world. I’m like an old guy. It’s amazing, I used to think of Saddle Creek as the kids, but now they’re veterans. It’s kind of crazy how time goes by. I’m not a person who goes out a lot or something … [but] I am finding this really cool network. It does feel like a place where a lot of people are doing creative things.

I always kind of wanted to move to the middle of nowhere, but the problem with that is you don’t know anyone. For loners, it is kind of cool that we moved here, and not Northern California or Hawaii or somewhere like that, that we did consider.

HN: You know, we ran an essay on our site. The writer, who was Central Nebraska-based, talked about growing up with your music in the ‘90s, and even though you’d left by that point, that when Girlfriend and 100% Fun came out, people in Nebraska were wearing on their sleeve the fact that you were from here. During the decades you were away, were you cognizant of Nebraskans’ attachment?

MS: It’s weird. I thought of it mostly as my family in a way. I always played shows here, but I was never really big or anything. I know I have fans here, but it’s not like I thought everyone here was my fan. The great thing is that I always loved that I was from Nebraska, and I liked telling people it’s where I was from, because it might as well have been Mars. It was kind of this mysterious place, almost more exotic than anywhere, because nobody knows what it is. Even the name sounds kind of crazy.

I remember talking about it in interviews quite a bit. They’d say, “How do you think you were influenced by how you grew up?” And I’d say it was a sort of liberal college town, so that was great, but there was just kind of an openness to everything, made you feel like you could do anything. It’s funny, I just think it’s a good place to start from.

Lately, I’ve been seeing so many things on TV shows where they’ll have a line about Nebraska. You know, I’ll half-watch a lot of shows on Hulu while I’m doing other things. And it was like, “Yeah, he moved here from Lincoln, Nebraska!” I often think there’s lot of people from Nebraska working in the entertainment industry.

HN: I wanted to ask you about an element of your songwriting process. Through all the different rock soundscapes you’ve employed through the years, melody has been the enduring quality that’s run through it all. The vocal melody. Even that song you did for the Flipper movie, has a great melody all the way through. Are you the sort of person who walks around with tunes in your head?

MS: It’s funny you say that, because I’ve been writing for my Kickstarter. My band who’s coming to play this weekend, the drummer and bass player are going to stay here and we’re going to do the recording of some stuff.

If I write a song that’s decent and a whole song, it’s really, really fast. And it pops out of nowhere. That’s the best scenario. A lot of times I’ll sit down and not have an idea before I start recording. And then I’ll try and go from nowhere and make something up.

I was always very much a melody person. And I’ve been trying to write melodies that move around, because it’s a little bit lost, I think. There’s a lot of cool groups that will chant or do these big melodies, but they don’t have words, you know?

Because I don’t have a rock voice that can break up in the right way — I mean, it can break up for me — I think I was always wanting to get into rock and edginess because I wanted to be as good at that as melodic things. But I don’t think I’ve ever been

HN: When people refer to your mainstream success, Matthew, they talk kind of euphemistically — and it’s not a bad thing — about label pressures or what labels wanted from you. I wonder how any expectations you felt from a label compare to those of the 800 people who backed your new [Kickstarter] album.

MS: It’s hard. Because of what I just told you about the way I write, I just never know what to do about making something a single. That was what [labels] always wanted, “Make some big single!” It just didn’t work like that. There was that pressure, but I didn’t put it as much on myself. It was just an annoying, nagging thing. Even early on, I’d say to my manager, I’d say, “Why can’t music just be free!?” And it became that.

So I guess I feel as much pressure or more doing it with the Kickstarter because it’s so intimate. There’s a few people who are getting antsy. And part of me is like, “How would you do it again and again because the people would never come back?” Or I’d be late and people would be mad at me. Those are the sorts of fleeting paranoias I have.

HN: So you have faith that — as far as the backers’ expectations — their taste will probably line up with whatever you come up with?

MS: What’s amazing about fans of mine is that they’ve been super dedicated. We tour and we still do really well. Even if there’s only a couple hundred people, they’re die hard. I do expect those are those people [who donated], but who knows?

HN: When you were 25, did you ever imagine your career arc to where you are at 50? Did you have any sort of vision or even a vague guess?

MS: I guess 25 is right about when I made Girlfriend. It’s crazy. I got a tweet forwarded to me the other day where it was the anniversary of 100% Fun.

The thing that was different with me was that I just wanted to make records. It wasn’t like I set out to have it be my name as a solo artist. Starting out, I made a few records that way and didn’t have success. I never thought that, “Oh, it’ll be over for me if I don’t have success.” I was just excited to be recording.

MS: It was a big surprise when I had success, and of course it’s a huge part of me now having some sort of legacy. That’s what I wasn’t prepared for, just being on stage and being me. I used to think about older artists, and was just like, “They have to keep making records. You have to love making must the most.” Because the rest of it, isn’t really what you love doing, you know?

So, yeah, I don’t know how well I could have imagined it at 25. I was probably worried about how to pay rent.