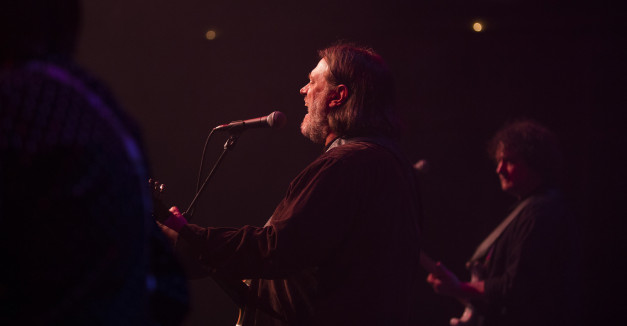 It’s hard to describe the expansive clarity of the sound in the Holland Center’s 1200 Club. Specific markers have to do.

When Omaha’s The So-So Sailors started on Saturday night — as on a well-mixed rock record — the vocals and the drums inhabited entirely different layers of the sound, not bleeding, not competing in the slightest. Looked at another way, the parts were starkly exposed, if you’ve only heard the band in cozy bars. The sonic proficiency at the “Hear Hear” fundraiser, headlined by prodigal Nebraskan Matthew Sweet, was fixed from moment one.

“So Broken Hearted” found The So-So Sailors, which hadn’t played a show in two years, at its sing-along best. With four vocalists and seven or eight members (depending on whether violinist Megan Siebe was on stage), it was orchestral in the audacious and dark mold of ’70s rock. Cagier songs from its first and only release, like “Des Moines,” called into question how well a top-of-the-line soundstage deals with the intentional musical imperfections and diversions in Chris Machmuller’s voice and the ensemble’s composition. Tangents in the music, perhaps, came through too clearly. 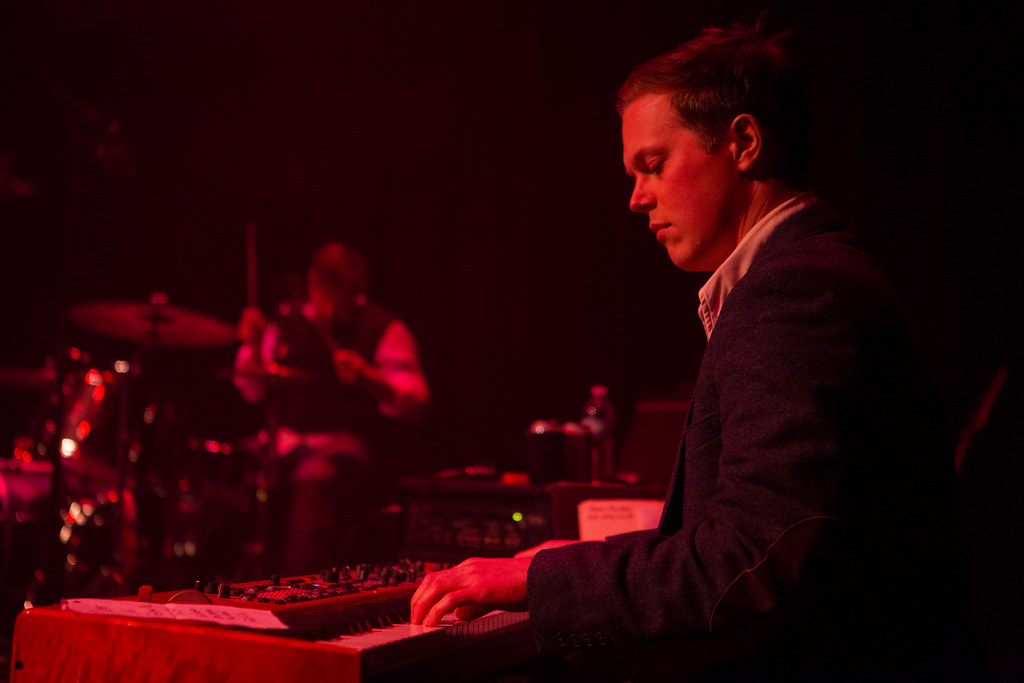 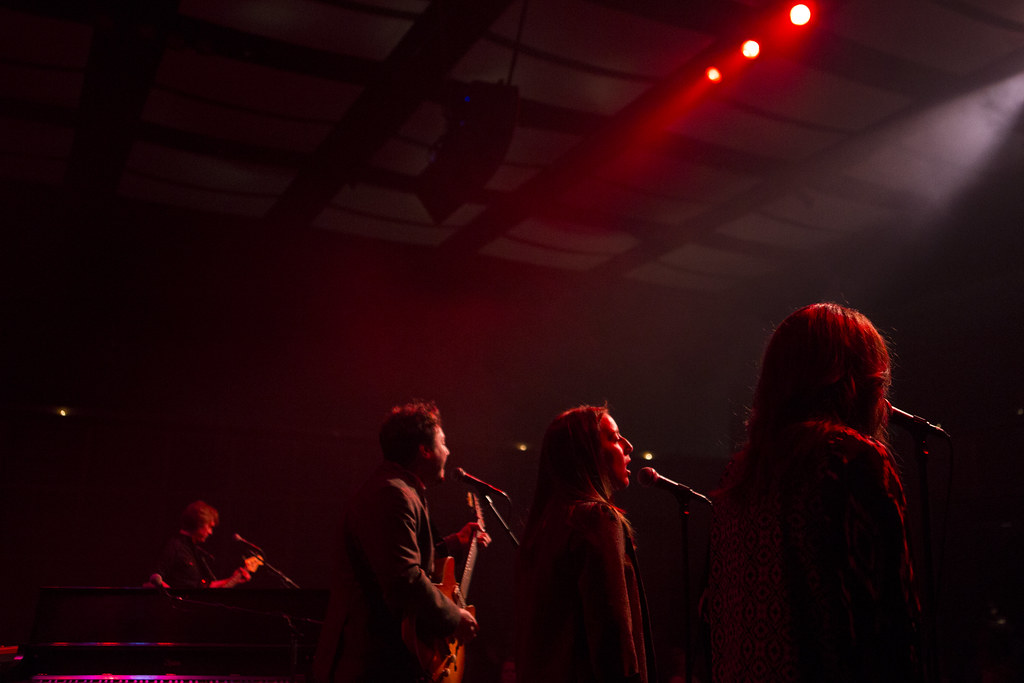 It was a good night for Sailors fans, as Machmuller offered that the band’s debut full-length, recorded in 2013, could come as soon as this autumn. Strangers to the band — many of the non-scenester crowd members — appeared to pay close attention to the Sailors’ barroom balladry. With multiple key parts swooning into sentiment and Machmuller’s large, but fragile, blue-eyed soul voice, Sailors songs capture some cinematic version of drinking alone (or with other melancholy conspirators), delving for the romance in it. 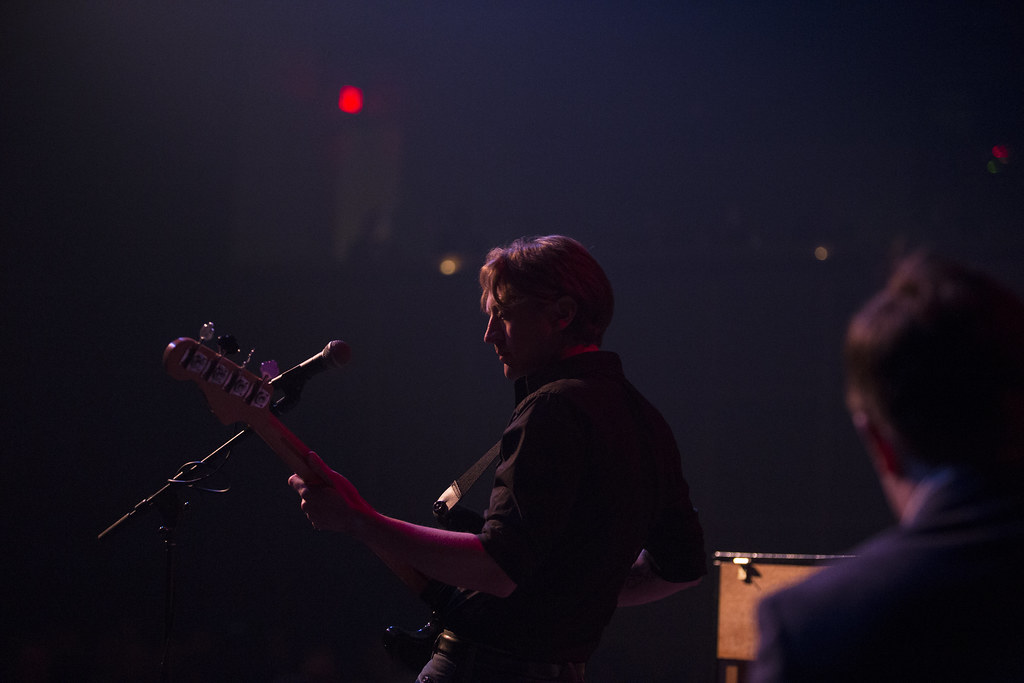 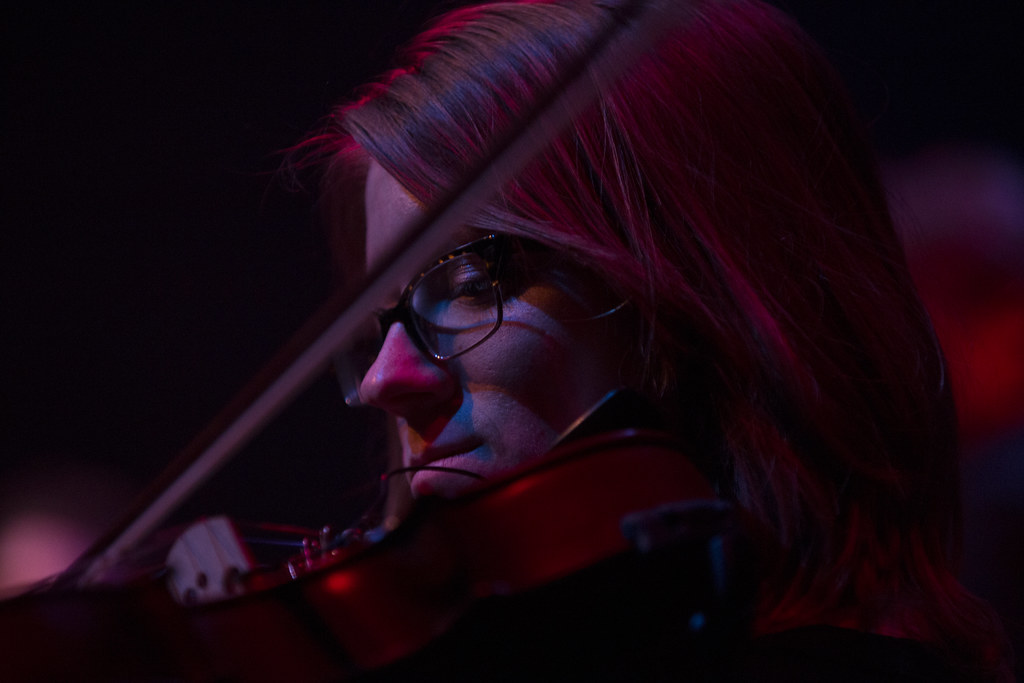 Between sets, R.E.M.’s “Shiny Happy People,” from 1991’s Out of Time, was apt filler on the PA. Not just for the Athens connection between REM and Sweet, and the forever Stipe-y quality of Sweet’s light, braying voice. More importantly, it was for the neo-classic feeling of textured guitars and the bopping vocal harmony that would roll easy through Sweet’s whole set. From Sweet’s 1991 breakthrough Girlfriend to present, most every song found its high point in the relationship between the lead part and Sweet’s rhythmic picking. 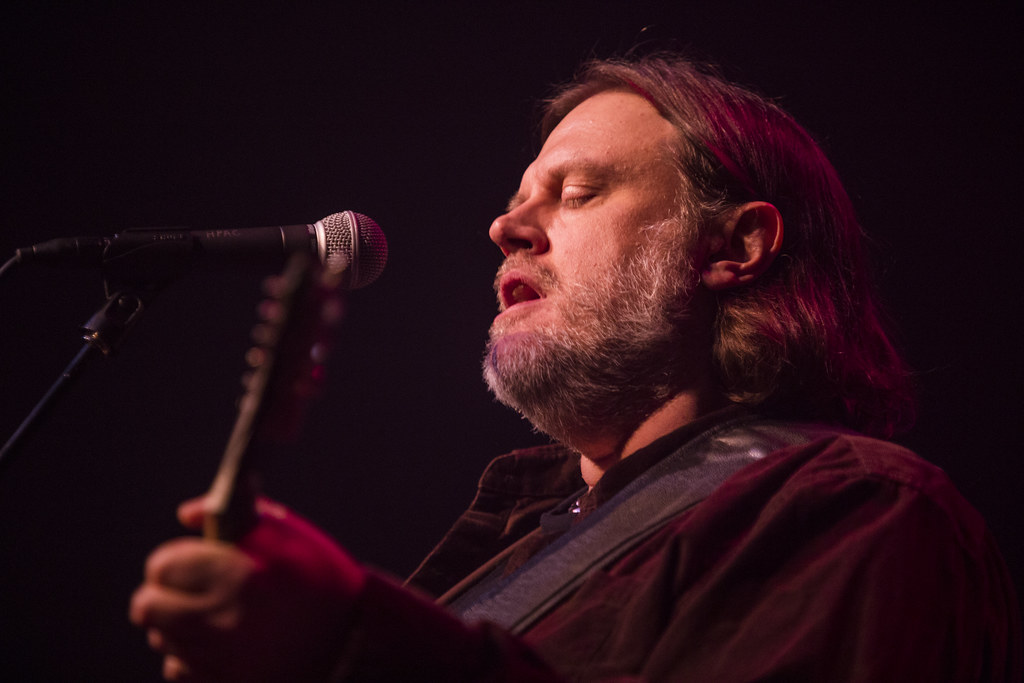 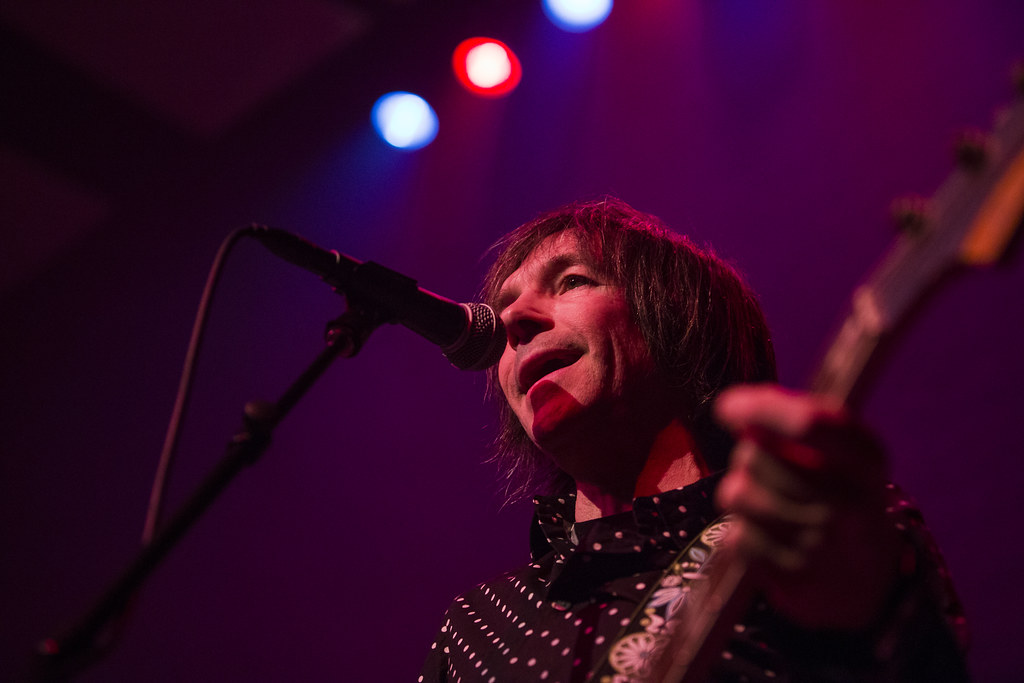 This is where the 50-year-old Nebraska native appeared musically ageless, fashioning the tone and timbre of a rock star without any apparent exertion. (For its opposite: the vocal demands of set closer “Sick of Myself” threw a weary voice off-key.)

To start his set, Sweet burst forth with “Time Capsule,” and his trademark work was all over the set list on Saturday: from “Girlfriend” to “Winona” to the brash, snaky riff of “Evangeline.” Compared to the originals, though, this set saw Sweet and drummer Ric Menck cutting ties to any studio haze or shine, and driving ahead.

All night, Sweet shared sideways grins and glances with bassist Paul Chastain and guitarist Dennis Taylor, letting on both kinsmanship and a sly sheepishness, enjoying lyrical sentiments and double entendres from a different time in the singer’s life. As a public figure, Sweet appeared wholly content on stage, drinking unabashedly from a gigantic thermos and opting for inter-band chatter over turning to the crowd between songs. By 11 p.m., some audience members had rejected their four-seater tables to bunny-hop and clap to alt-hits, like “Girlfriend” and “Sick of Myself.” 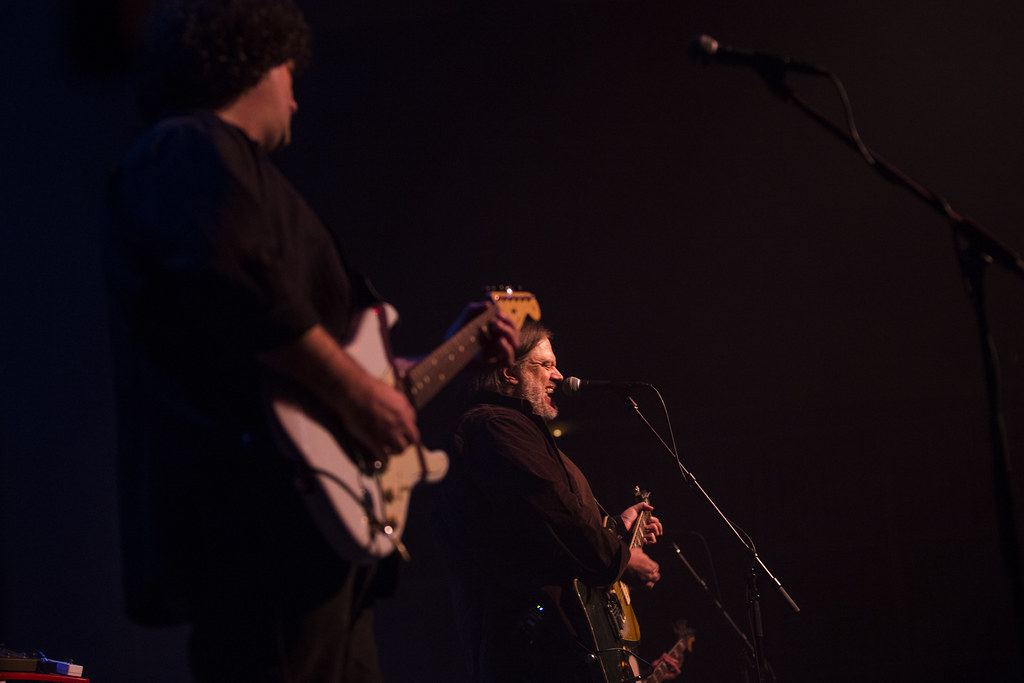 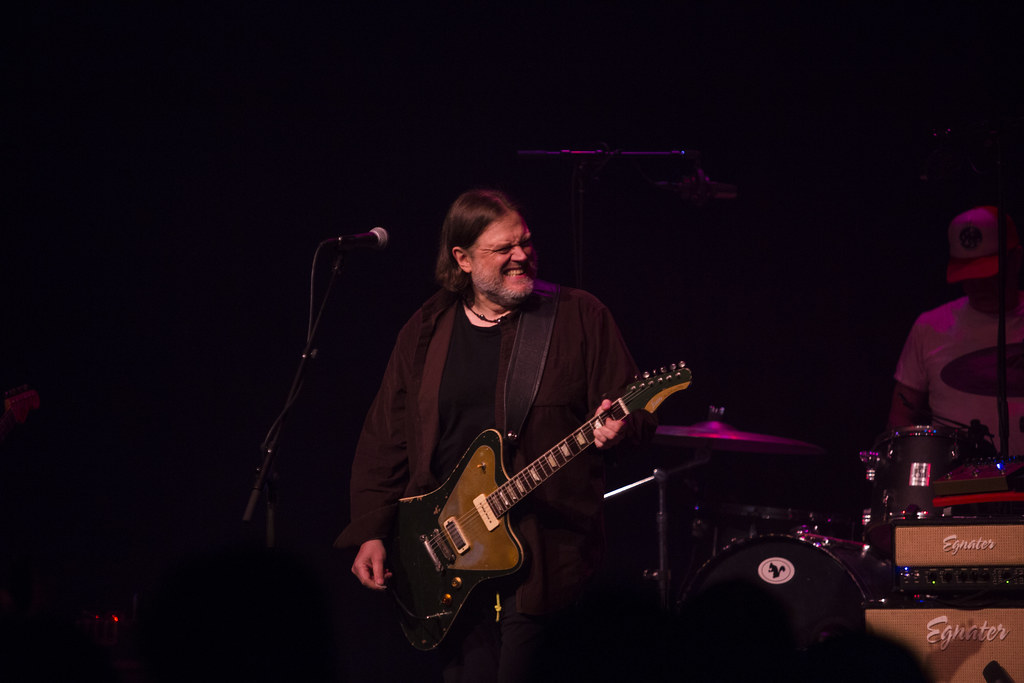