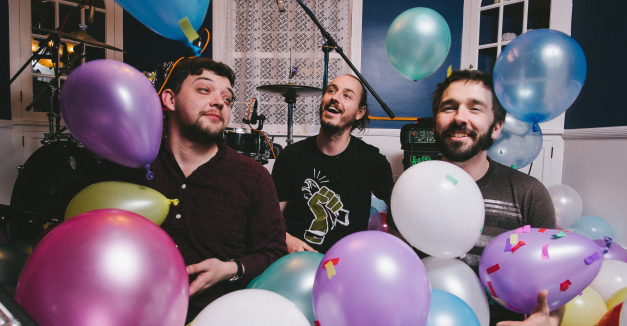 In true calm-before-the-storm eeriness, many Machete Archive songs have a creaky preamble.

Stunted delay, a bit of rogue feedback, a stray riff. It’s the table setting to which the band will ultimately take a hatchet just a few seconds later. At that point — at their raging apex — the songs are as ’00s The Machete Archive devotees might remember them from one of many midnight storied shows in Lincoln. Saber Blazek’s thrashing bass. Ryan Thomas somehow soloing and playing big guitar chords at the same time. Ian Francis drumming into tiny crevices of the song you wouldn’t have known were there.

Defunct since early 2012, that musicianship will be resurrected on New Year’s Eve at Duffy’s Tavern. RSVP to the show here. The Kickback, The Renfields and Powers round out the billing.

If you need a refresher, this song — titled simply “I” — is the first from the band’s sequential offerings, from the 2007 album Terra Incognita. Meaning uncharted or unexplored territory, it’s a nice translation for why the prog trio’s sonic appetite was so beloved. Don’t miss it on the one night it’s back.